LE talked about the success and future of EXID and her career.

On April 11, the rapper appeared in a video on YouTube channel “Get TV” where artists discuss their life, work, and salary.

When asked how much she earned last year, LE said, “It was a situation where I couldn’t work, so I maintained my living with royalties that I received every month.” As a songwriter and producer, LE has 67 registered songs.

The interviewer was curious if her royalties were worth as much as a Korean car, and LE replied, “Before I debuted as a member of EXID, there was a song called ‘Trouble Maker’ by Trouble Maker and a song I sang with Huh Gak called “Whenever You Play That Song.” They were No. 1 and 2 on the music charts for a really long time. I felt happy because I was able to earn a lot of royalties for the first time.” 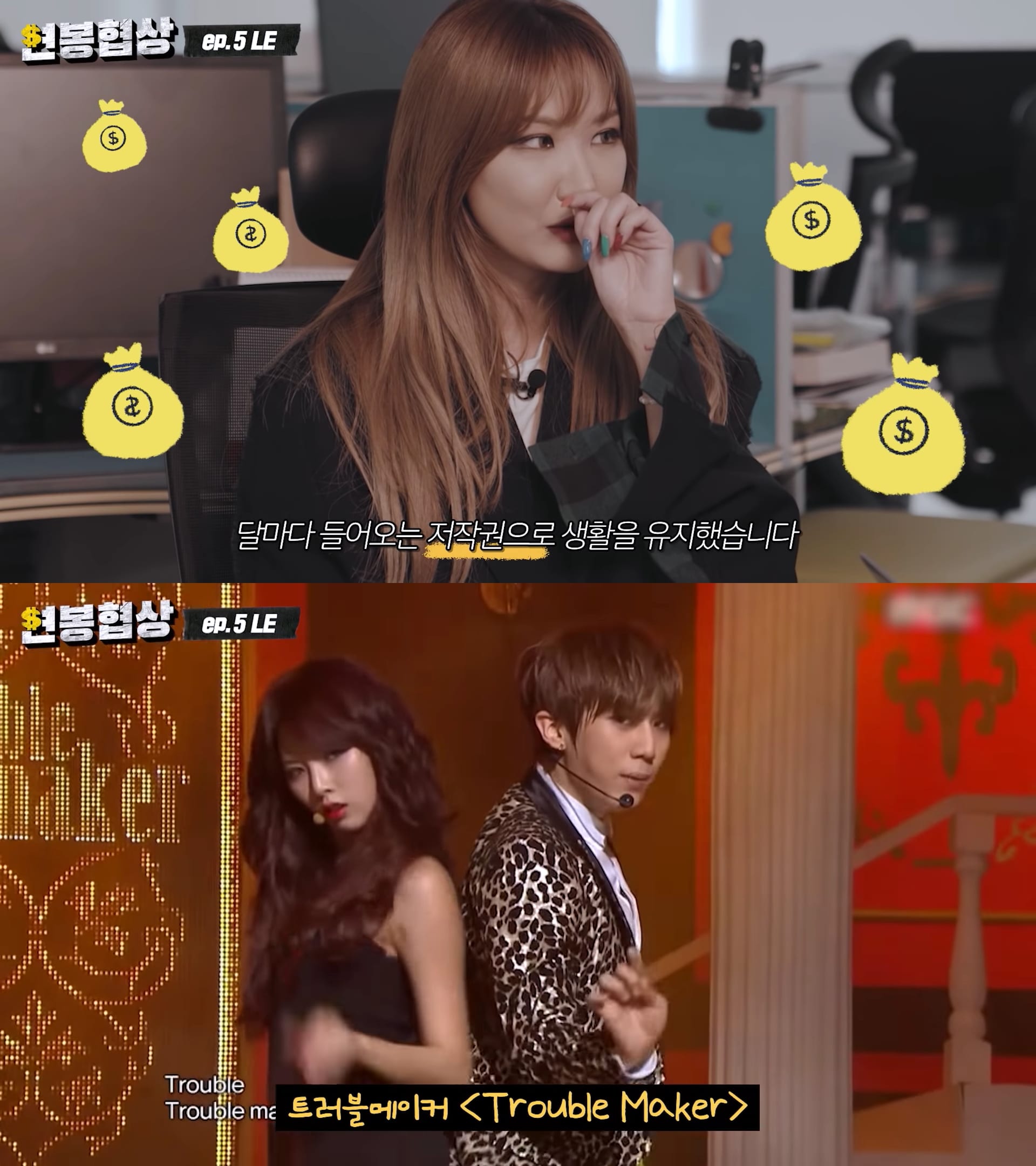 As for her earnings through EXID, LE revealed it was “enough to pay a lot of taxes.” Speaking about her life after EXID’s breakout track “Up & Down,” LE explained, “I started getting paid then. I didn’t have any money before that and couldn’t go home during the holidays because my parents would keep asking me, ‘When will you succeed?'”

LE stated that instead of making investments, she has a savings account and collects rent from a studio apartment she owns. She added that she’s lost interest in materialistic things, and she bought her dad a new car last year.

As for EXID’s group promotions in the near future, LE replied, “We probably can’t [promote] right away, but the members have a desire to perform and release albums, so I think we’ll release one when we find a way to do so.” LE then named Chungha as an artist she would like to give one of her songs to. 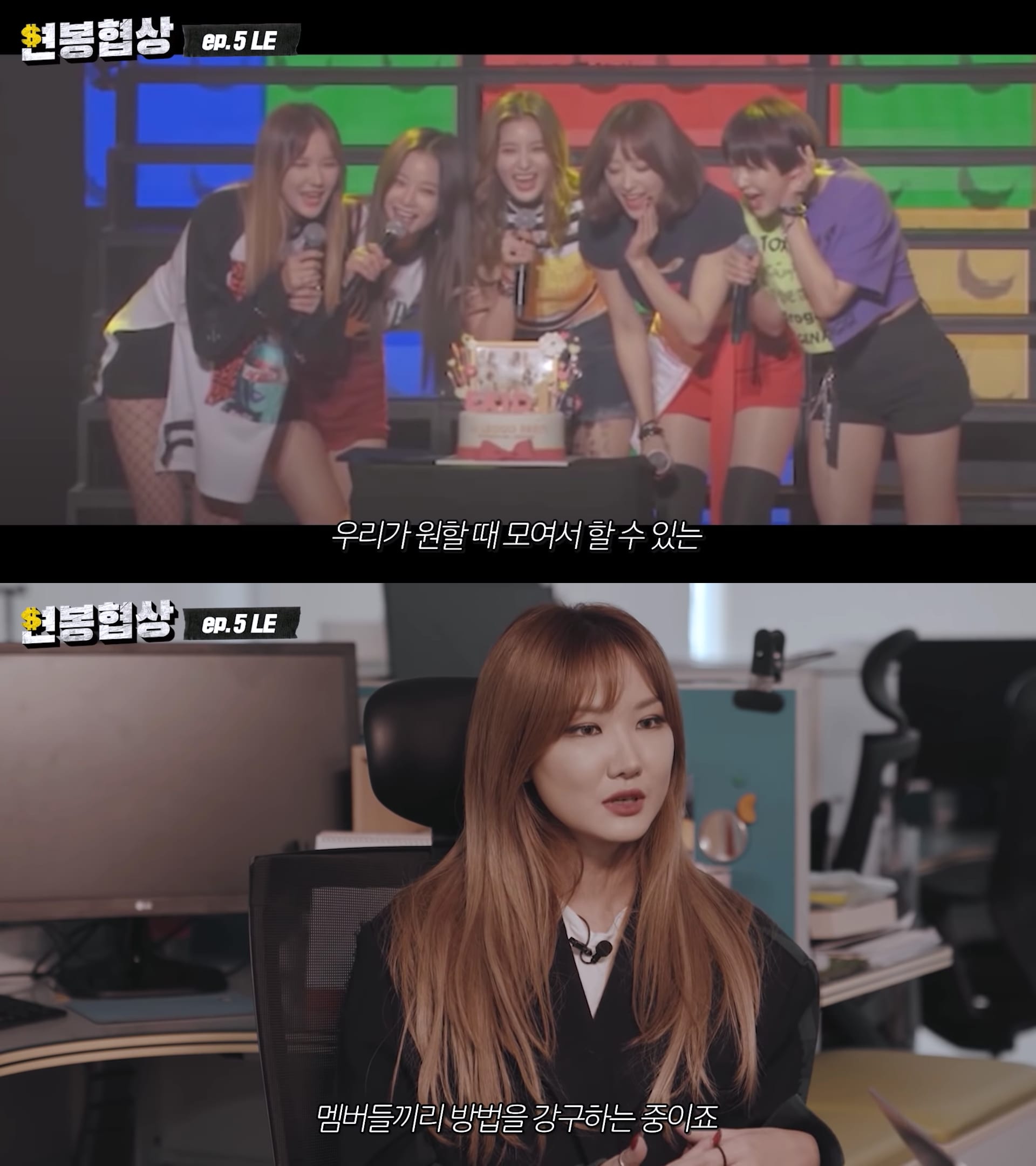 Many celebrities suffer from malicious comments, and LE shared her outlook on this issue. “I have a very optimistic personality and don’t really like to pay attention to things,” she said. “But there’s a person who keeps sending me edited nude photos. I keep blocking this person, but they keep making new usernames and continue sending them to me. In a way, this person has more interest in me than my fans. If it’s serious, you should take the legal route.”

During the show’s segment that discussed some of LE’s “minus points,” the interviewer brought up the claim that EXID songs sound similar. LE replied with a laugh, “I acknowledge that. The really difficult thing about our group is that each person has really different tones. We contemplated a lot about combining all of these voices into one song. The best output was ‘Up & Down. Since [our songs] have similar compositions, you can say that they sound similar.”

LE also discussed some reasons why she’ll be successful moving forward. “I’m starting as a solo artist after being in a group,” she said. “I think of it as starting from rock bottom. Since it’s rock bottom, it can only get better. I can’t go lower from here.”

As for her future plans, she revealed, “I’m planning on releasing an album. I don’t think it’ll be a single. I’m thinking it’d be nice if an album came out in the summer. I like sexy songs, so it’ll be a sexy album.” 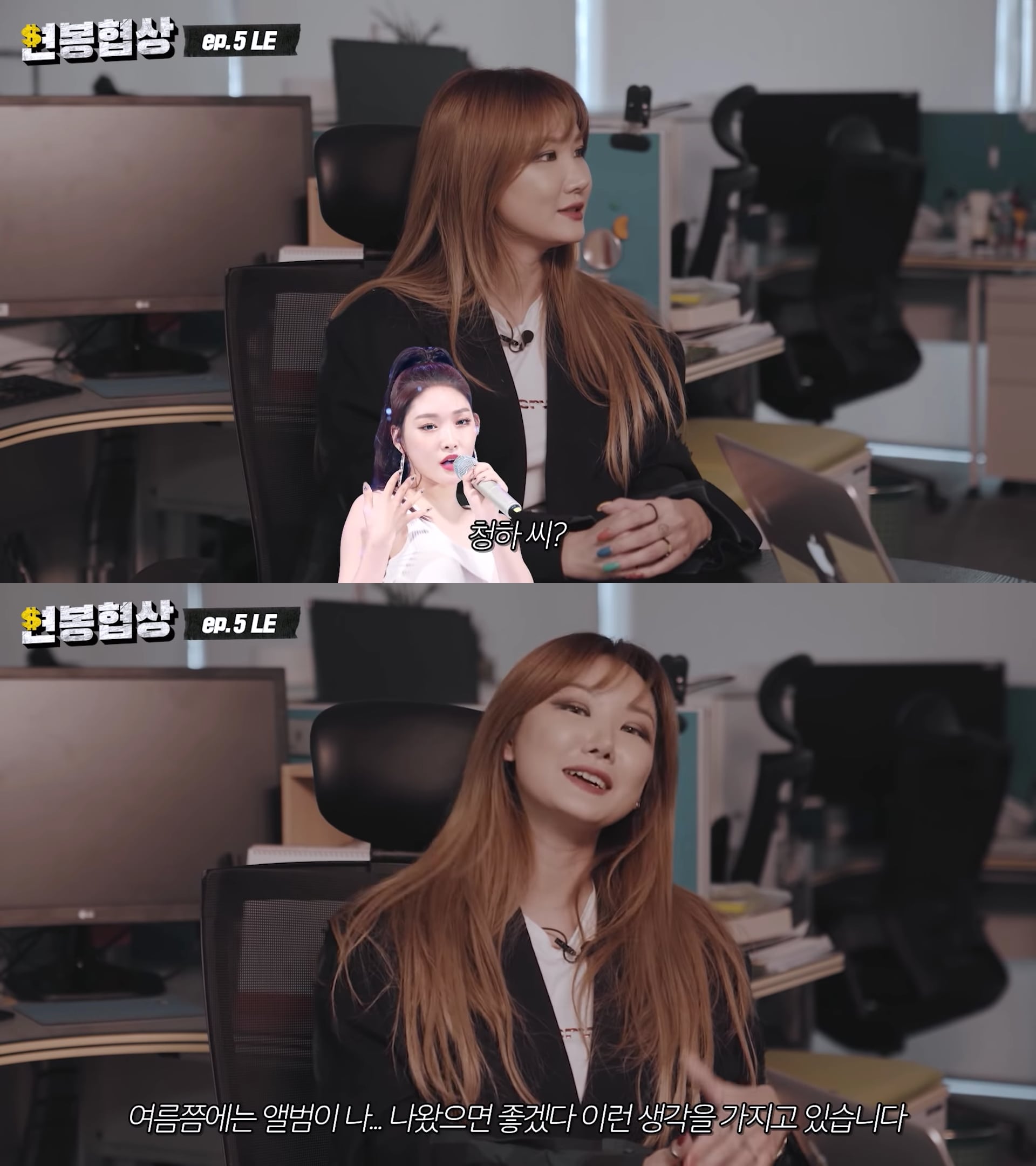 Check out the video with English subtitles below:

EXID
LE
How does this article make you feel?