The day begins with Mok Hae Won waking Im Eun Seob, who has insomnia, up. But before she does, she sits in front of him as he’s asleep on the sofa and watches him sleep for a moment. Her deep affection for Im Eun Seob can be felt as she silently sits by him. She also teases him until he wakes up, and when he does, he looks at her with so much love that it even has viewers’ hearts racing. 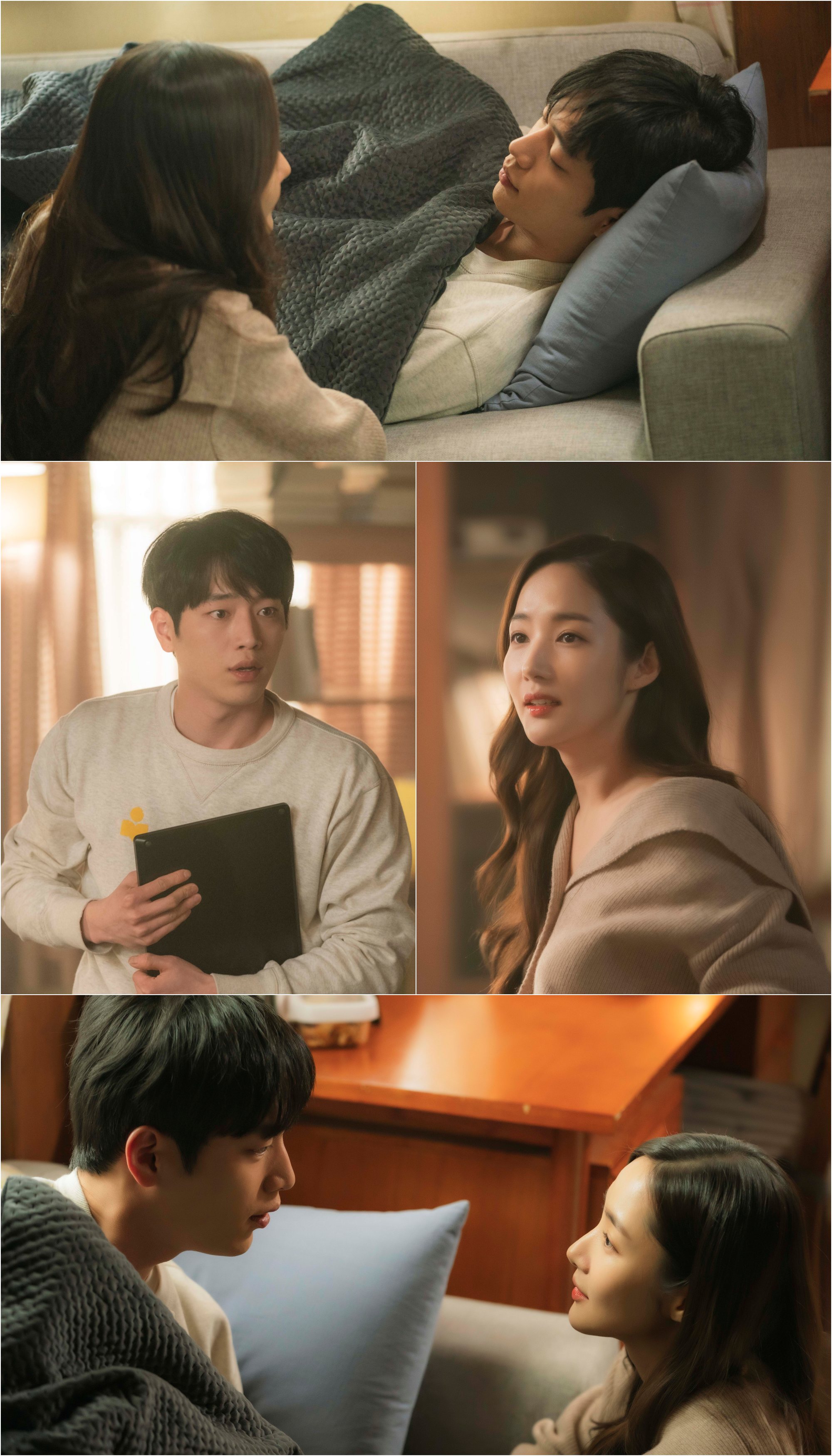 Other stills show Im Eun Seob desperately trying to keep his laptop away from Mok Hae Won. As viewers know, Im Eun Seob has been writing down everything he has not been able to say to Mok Hae Won on his laptop. It even holds the true identity of “Irene.” In the teaser leading up to the episode, Mok Hae Won can be seen reading what’s written in Im Eun Seob’s laptop and she smiles as she says, “So Irene is me.” Im Eun Seob is taken aback by her getting ahold of his laptop and he scrambles to take it back from her as he says, “Can you tell me how much you read?”

There was another reason for his scrambling though as he had also written, “I understand that one day, you will leave this place. But I hope you won’t leave with a heavy heart. I’ve been preparing for everything.” It will be interesting to see if Mok Hae Won was able to get to that part, and what her reaction will be.

The upcoming episode of “I’ll Go to You When the Weather is Nice” will air on April 13 at 9:30 p.m. KST. Catch up with the latest episode below!