“Find Me in Your Memory” is quickly approaching its second half!

The drama is about news anchor Lee Jung Hoon (Kim Dong Wook) who has hyperthymesia, which allows him to remember all 8,760 hours in a year. It follows his romance with rising star Yeo Ha Jin (Moon Ga Young), who has forgotten some of the most important moments in her life as a psychological defense mechanism.

As the romance between the two heats up, Ha Jin’s stalker only works harder to come in between them. As the first half of the drama nears its end, here are three focal points to look out for in the remaining episodes! 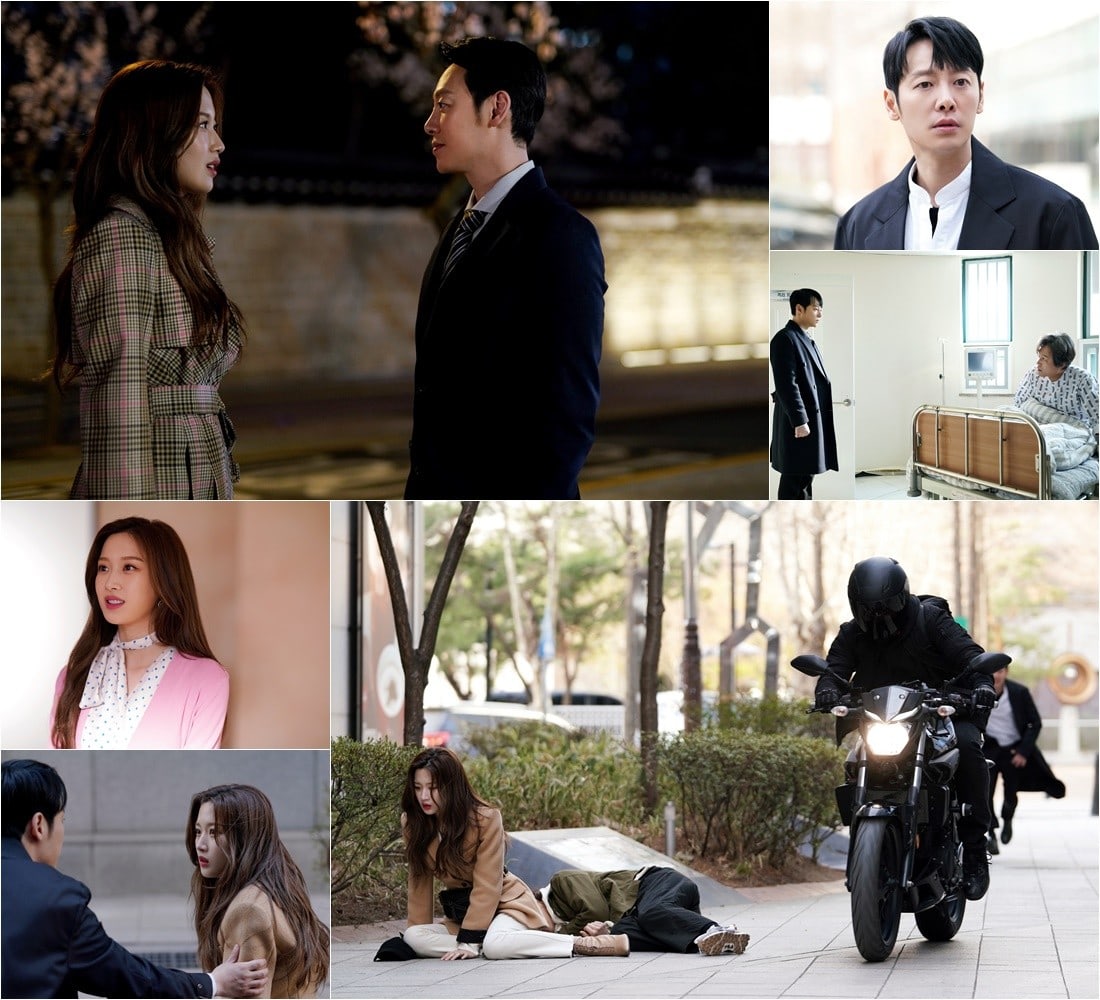 Known as the “memory couple,” Jung Hoon and Ha Jin are continuing to develop deeper feelings for one another with time. Although Jung Hoon tries to stay away from Ha Jin because she’s friends with Seo Yeon (Lee Joo Bin), she has already found her place deep in his heart. The death of Jung Hoon’s mother also becomes a turning point for both his character and his relationship with Ha Jin. In order to spare Jung Hoon the painful memory of her final moments, his mother chooses not to tell him her operation was unsuccessful. Through this love and sacrifice from his mother, Jung Hoon is able to open his heart and honestly tell Ha Jin how he feels.

In the second half, Jung Hoon’s feelings for Ha Jin will appear in full force, ready to make viewers’ hearts race. From smiling without noticing when looking at Ha Jin to regretting any harsh comments towards her and worrying about her, Jung Hoon will express his love for Ha Jin without hesitation to pursue a real relationship.

Ha Jin’s stalker only continues to become more dangerous, by constantly lurking and even breaking into her home. In episode 15, the stalker even entered her room while she was sleeping, putting up pictures they secretly took of her paired with an equally terrifying message.

3. The truth behind Moon Ga Young and Lee Joo Bin’s past relationship

As the truth behind what kind of relationship Ha Jin and Seo Yeon had in the past is uncovered, viewers can look forward to how this affects her romance with Jung Hoon. Ha Jin is slowly remembering past memories with Seo Yeon, including when she got hit by a motorcycle to save Seo Yeon, Seo Yeon’s family crying at her funeral, and Ha Jin having a conversation with Seo Yeon’s stalker. Struggling to piece together the fragments of her memory, the drama will soon explain what exactly happened in their past.

Additionally, many wonder what will happen to Ha Jin’s romance with Jung Hoon once she retrieves all her memories. Although Jung Hoon knows that Seo Yeon and Ha Jin were friends, Ha Jin cannot remember Seo Yeon and therefore does not know that her friend is Jung Hoon’s ex-girlfriend. The drama will start to focus in on what decisions Ha Jin will make as her memories continue to return and her feelings for Jung Hoon get stronger.

A representative of “Find Me in Your Memory” shared, “As the shocking truth of Jung Hoon and Seo Yeon’s past gets uncovered, the romance between the ‘memory couple’ will get more interesting. Their sweet love will simultaneously make viewers cry and their hearts race. Please give ‘Find Me in Your Memory’ lots of attention and support until the end.”

“Find Me in Your Memory” airs Wednesdays and Thursdays at 8:55 p.m. KST, but will not air April 15 due to legislative election coverage in Korea.