On April 14, SM Entertainment released a statement which revealed that the two companies agreed to collaborate through an MOU (memorandum of understanding) to secure differentiated partnerships in the global entertainment market and develop a competitive edge in the global business market.

The partnership will combine SM Entertainment’s expertise in discovering and producing global artists with Naver’s established technology to expand the global market for the community “Fanship” platform. The platform, which was introduced by Naver last year, is a new global platform based on big data, where stars design and build their own membership system for fans.

Additionally, it combines the expertise of both companies to expand the video content business centering on the global market. Adding SM Entertainment’s content production capability and Naver’s global platform operation experience and technology, it introduces new content based on digital technology and infrastructure to the global market.

As part of this, the live concert streaming service “Beyond LIVE” will launch in mid-April. This new service will provide online-optimized digital concert content beyond just posting existing offline performances online. In particular, as the in-person culture has waned in the age of pandemic and isolation, both companies expect to lead the digital concert culture with this “Beyond LIVE” service using various digital means, such as real-time comments and digital light sticks.

The “Beyond LIVE” service will be introduced through Naver V Live, and SuperM will have the honor of doing the inaugural performance on April 26 at 3 p.m. KST. 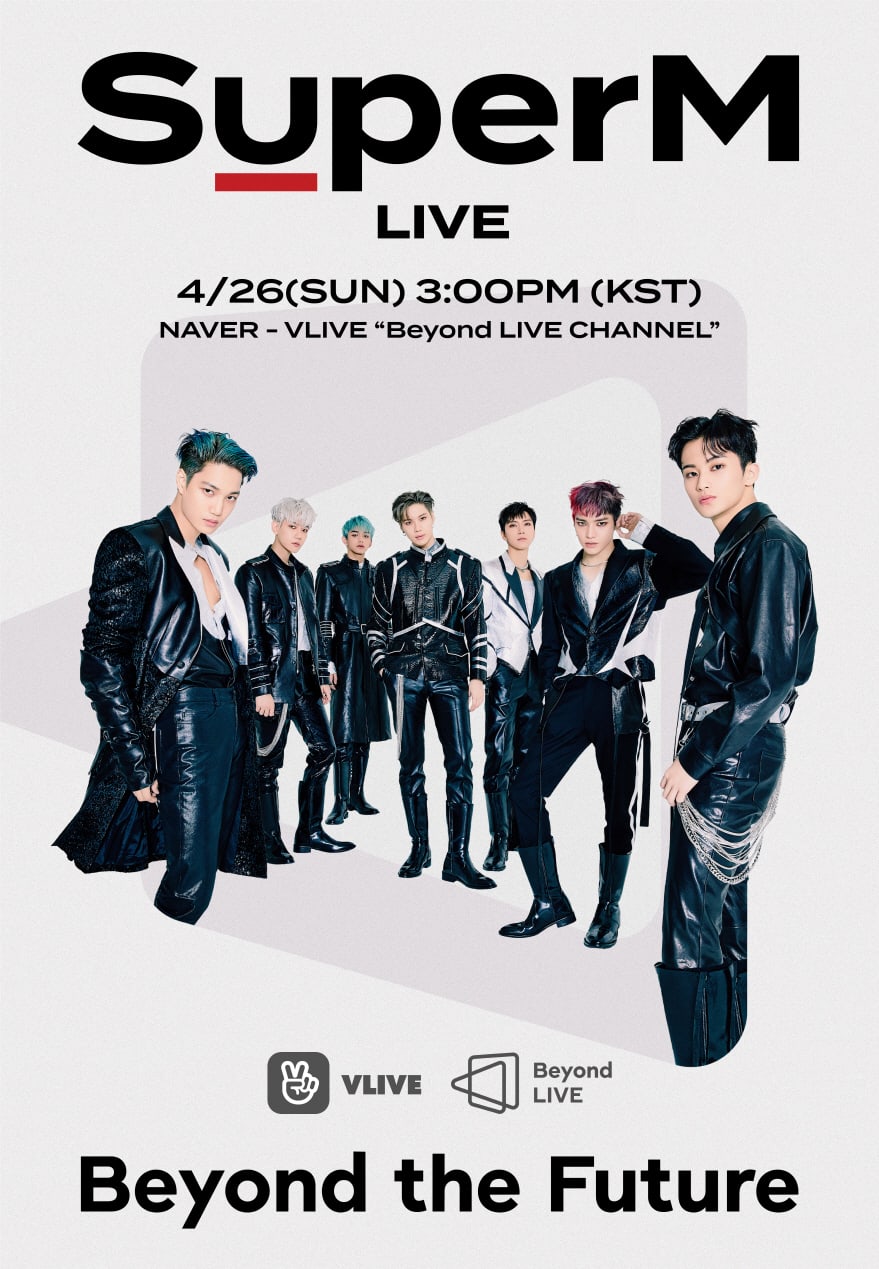 SM Entertainment co-president Lee Sung Soo said, “We expect to showcase a new form of entertainment where content and technology meet. We hope to expand our global market through our collaboration with Naver, which is equipped with the technology and a solid platform.”

Naver CEO Han Sung Sook said, “Naver will work with SM Entertainment to promote with with the most influential global artists to further accelerate the global entertainment market based on the competitiveness of digital technology.”

Naver
SM Entertainment
XPN
SuperM
How does this article make you feel?