Kim Go Eun has decorated the May cover of Elle magazine!

Amidst preparations for the premiere of her upcoming drama “The King: Eternal Monarch,” Kim Go Eun participated in a spring photo shoot for Elle, modeling various expressions according to the music she picked out herself for the photo shoot. In the two different versions of the cover, Kim Go Eun showcases her pure yet bewitching gaze. 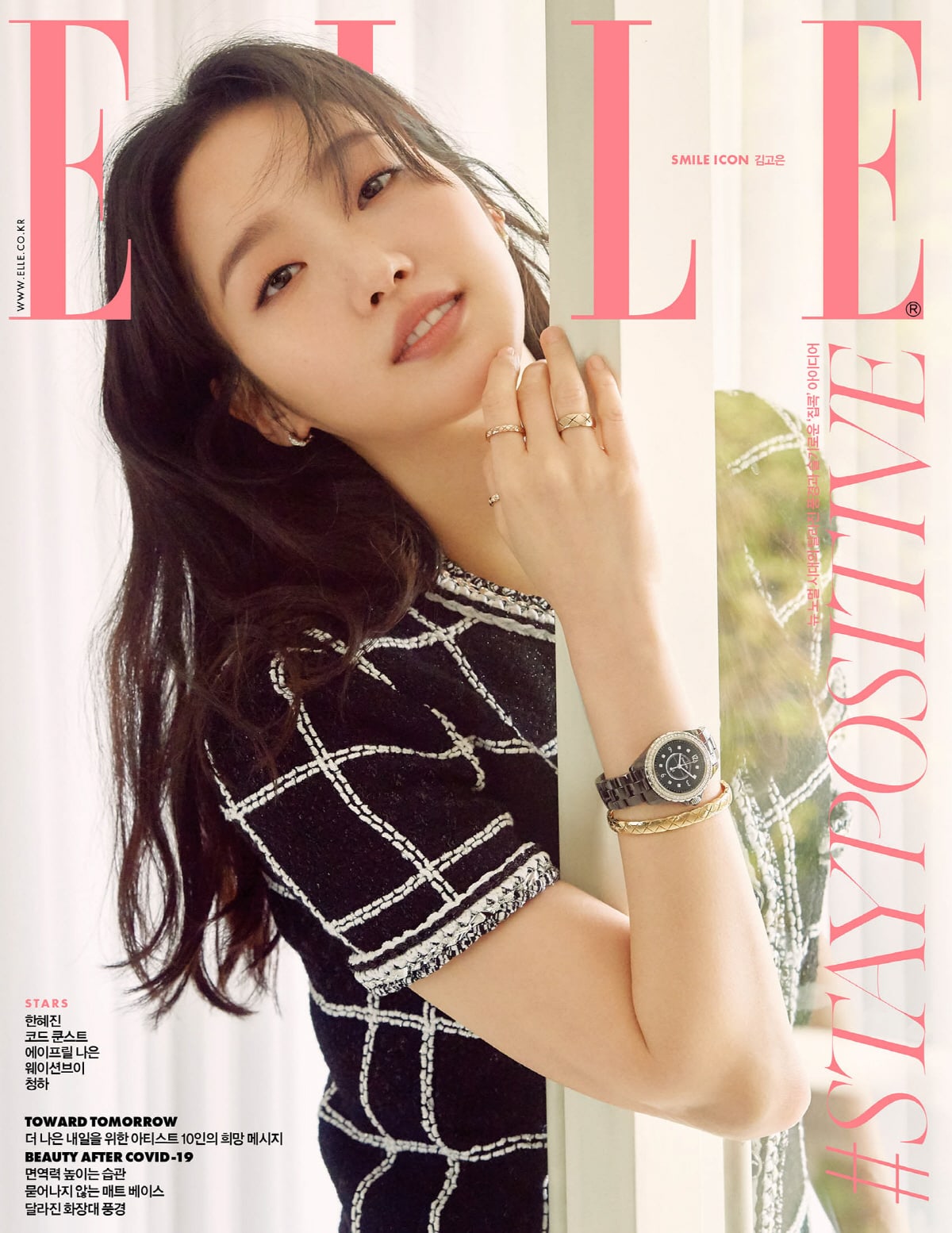 During the interview that followed the photo shoot, Kim Go Eun talked about her new drama with Lee Min Ho. “The King: Eternal Monarch” tells the story of two parallel worlds, one in which Korea is a constitutional monarchy, and one similar to present-day Korea. Lee Min Ho plays Emperor Lee Gon, who tries to close the door between the two worlds, and Kim Go Eun plays Detective Jung Tae Eul, who works with him to save people’s lives.

She shared, “I’m waiting with an earnest heart, hoping that many people will enjoy the drama. Since it is my first time appearing on the TV screen in awhile, I’m somewhat worried but also excited. I think the drama will be very refreshing to viewers because it takes on the subject of parallel worlds, which hasn’t been seen in Korean dramas yet, and features many diverse dual roles.” 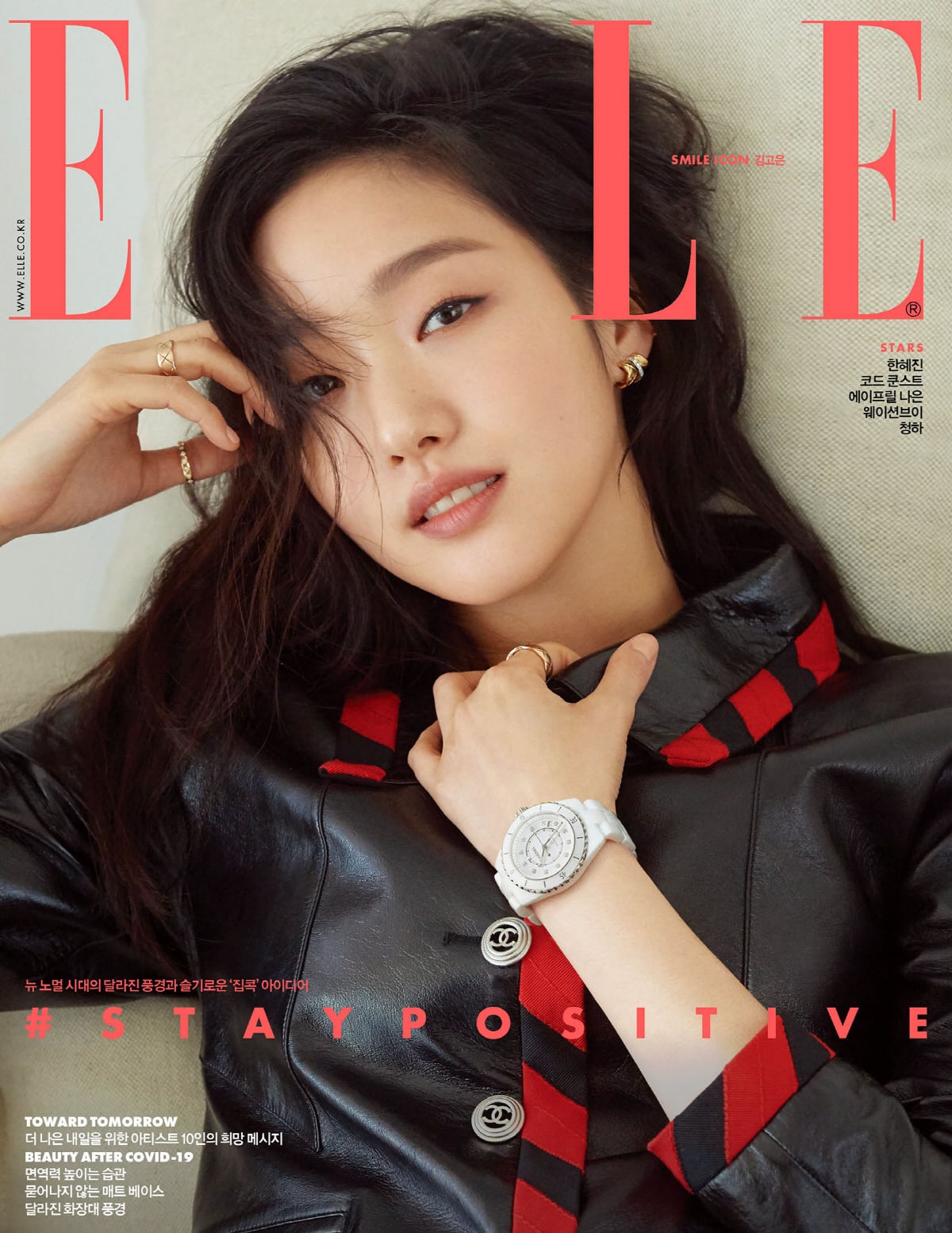 Kim Go Eun also talked about her criteria for happiness. She explained, “I try to find a lot of happiness in small things. Above all, I feel as if the time I spend with loved ones, family, and friends is when I’m most happy. This is because achievement in work is only meaningful when there are people who will be watching with you to feel happy for you.”

Kim Go Eun’s full pictorial and interview will be available in the May issue of Elle.

“The King: Eternal Monarch” premieres on April 17 at 10 p.m. KST. Watch a teaser for the drama here!

Elle
Kim Go Eun
The King: Eternal Monarch
How does this article make you feel?