Official posters for “Oh My Baby” have arrived!

This upcoming tvN drama is centered around Jang Ha Ri, the deputy department head at a parenting magazine and a workaholic who wants to have a baby without getting married. Just when she’s about to give up on love, three men enter her life.

On April 14, the drama released the official posters for the drama starring Jang Nara as Jang Ha Ri and her three possible love interests.

In the first poster, Jang Nara enjoys taking photos with Go Joon, who portrays a freelance photographer named Han Yi Sang who’s devoted to the single life. Even though Jang Nara has the wired remote control in her hand, Go Joon still takes a photo with his camera. 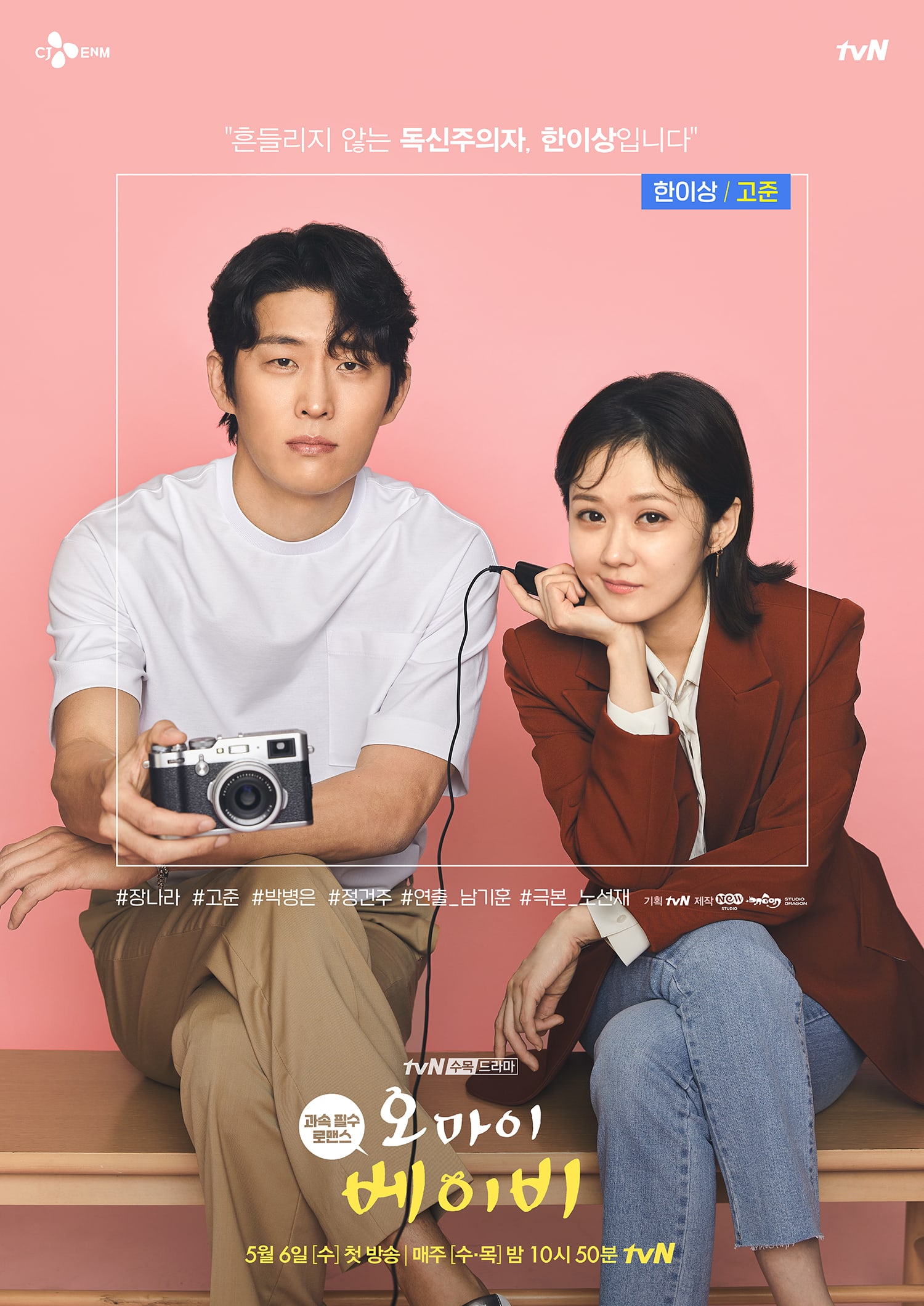 Jang Nara and Park Byung Eun also pose for a playful shot. The actor appears as Yoon Jae Young, Jang Ha Ri’s friend and a single father. Holding a stethoscope to her head, he previews their close relationship and bickering chemistry. 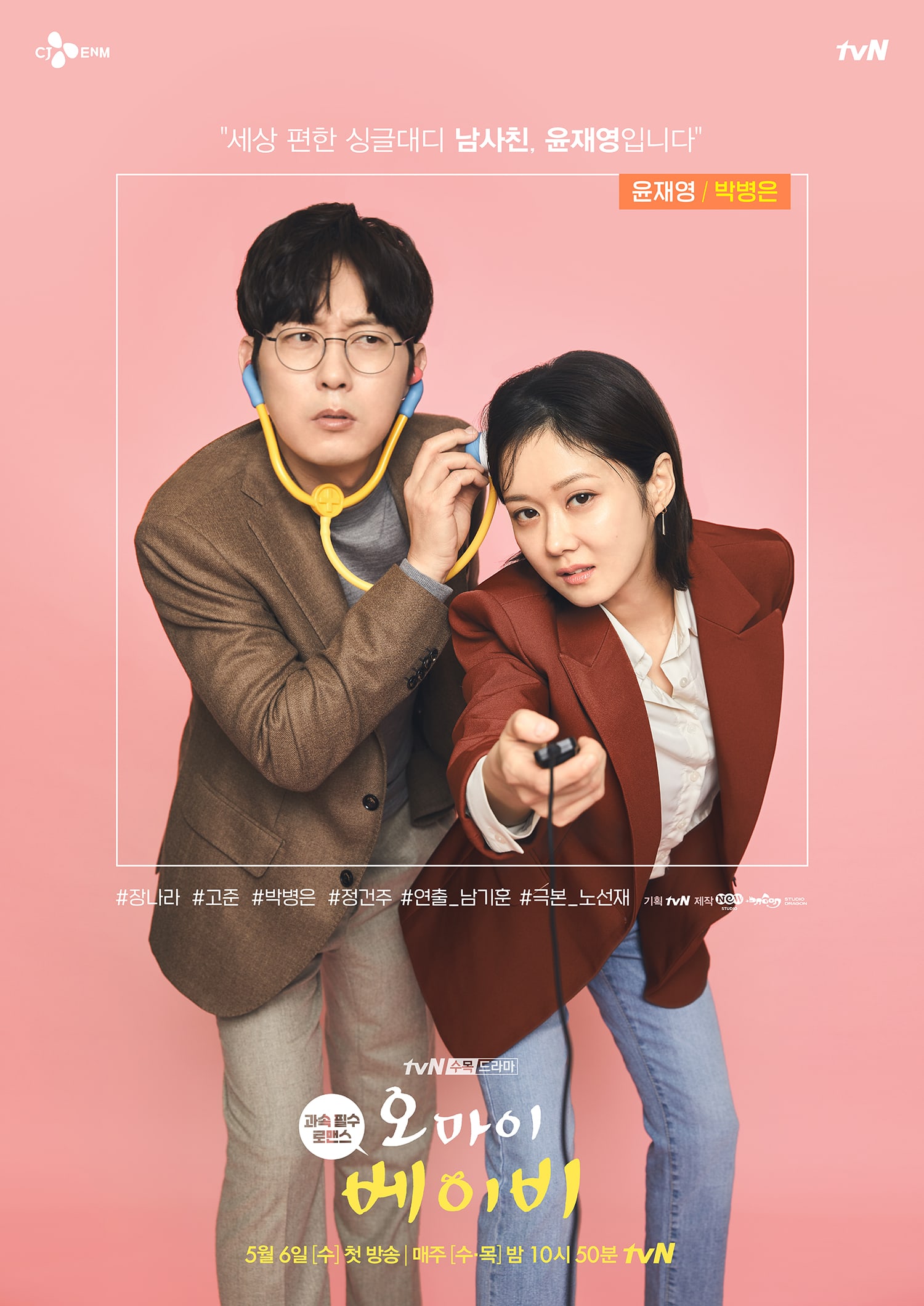 Jung Gun Joo looks completely naive as Choi Kang Eu Tteum, a rookie employee at Jang Hari’s parenting magazine. Leaning on his head, Jang Nara looks lost as to how to guide this newest addition to the company. 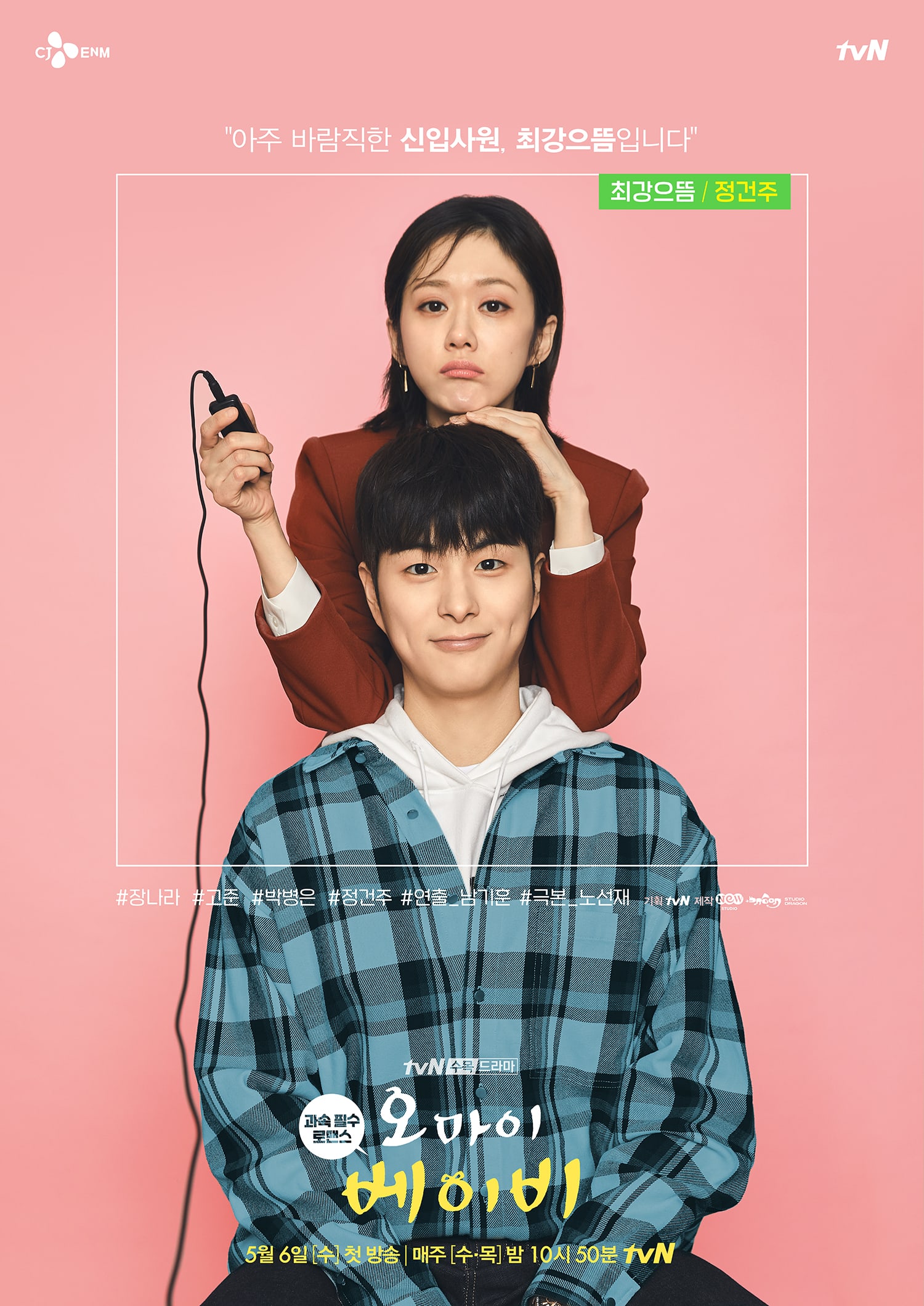