Super Junior’s Kim Heechul addressed rumors about his sexuality on the April 13 episode of “7.7 Billion in Love.”

While the hosts and panel discussed the situation for sexual minorities in different countries around the world, Kim Heechul talked about dealing with rumors that he was gay for many years.

“Those who know are already aware of this, but since my debut there have been endless rumors that I was gay,” Heechul said. “I’ve had ‘scandals’ with male celebrities too. There were a lot of rumors about me being gay because ever since my debut, I had long hair and wore colored lenses.” 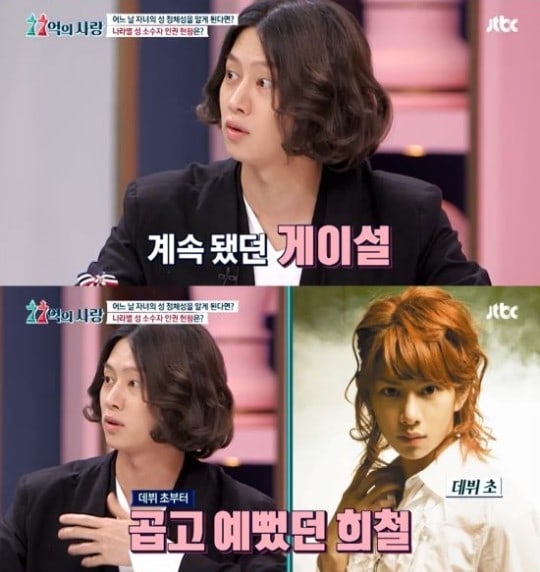 “At first, I wanted to deny it and say that I’m not homosexual,” continued Heechul. “However, I felt that if I did, I could be disrespecting sexual minorities.”

“Whether it’s abroad or in Korea, there could be a gay person among the male fans at our concerts, and I think I’d feel really sorry towards them,” he said.

Hong Suk Chun, one of Korea’s only openly gay celebrities, responded, “It’s been 20 years since I came out.” He shared that while things have gotten some better in Korea, there is still a lot of discrimination.

“I hope that there will no longer be stereotypes or prejudice like that,” said Hong Suk Chun. “If people no longer feel fear about things they don’t know about, then we’ll be more free to accept each other.”

Super Junior
Kim Heechul
XPN
7.7 Billion In Love
How does this article make you feel?