On April 14, the online press conference for the new web drama “The Mermaid Prince” broadcasted live via YouTube. During the press conference, lead stars ASTRO’s Moonbin and actress Jung Shin Hye opened up about the drama.

“The Mermaid Prince” is a contemporary fantasy romance about a young woman named Hye Ri (Jung Shin Hye) who travels to the Gangwon Province coastline on a graduation trip with her friends and meets the titular mermaid prince Woo Hyuk (Moonbin). 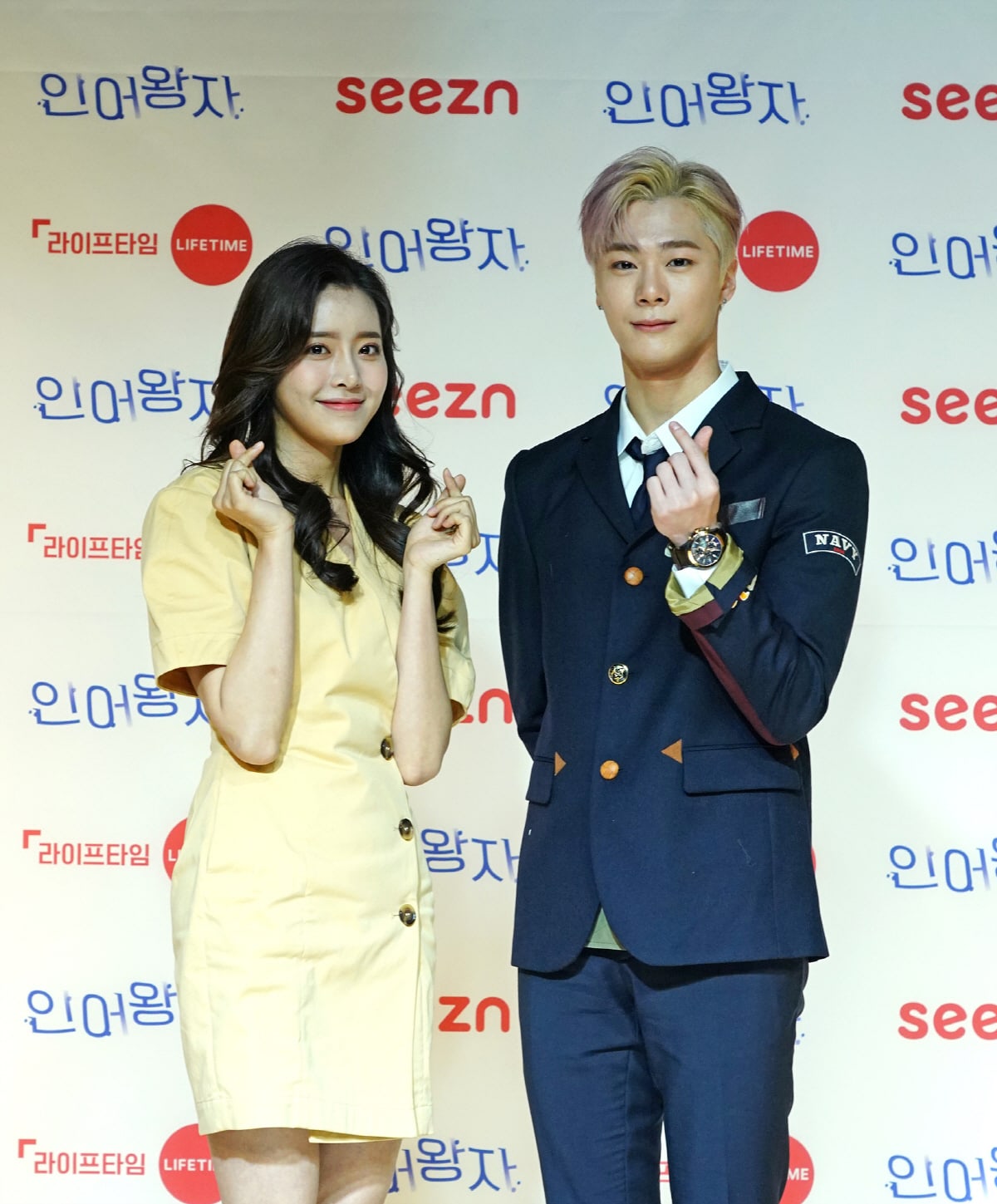 After a brief teaser clip, Moonbin expressed his delight in the final production of the drama. He said, “I’m quite pleased with how the video turned out, [though] I’m embarrassed because they included the scene where I take my top off.” Jung Shin Hye teased him, saying, “You were calm like a pro when we were shooting [this scene].” Moonbin replied, “That’s because I was able to prepare myself ahead of time before I filmed it.”

Of his role as Woo Hyuk, Moonbin said, “This is a drama that takes place on the beach. Woo Hyuk is an innkeeper with a keen sense on him. Of course he’s a character that has a mysterious secret. I worried a lot when I first saw the character about how I was going to portray him, how I would create the atmosphere needed for the drama. Thankfully, when we did the script reading, I met with all of the other actors and was able to work hard in preparations by thinking, ‘I’ll just have to do my best.'” 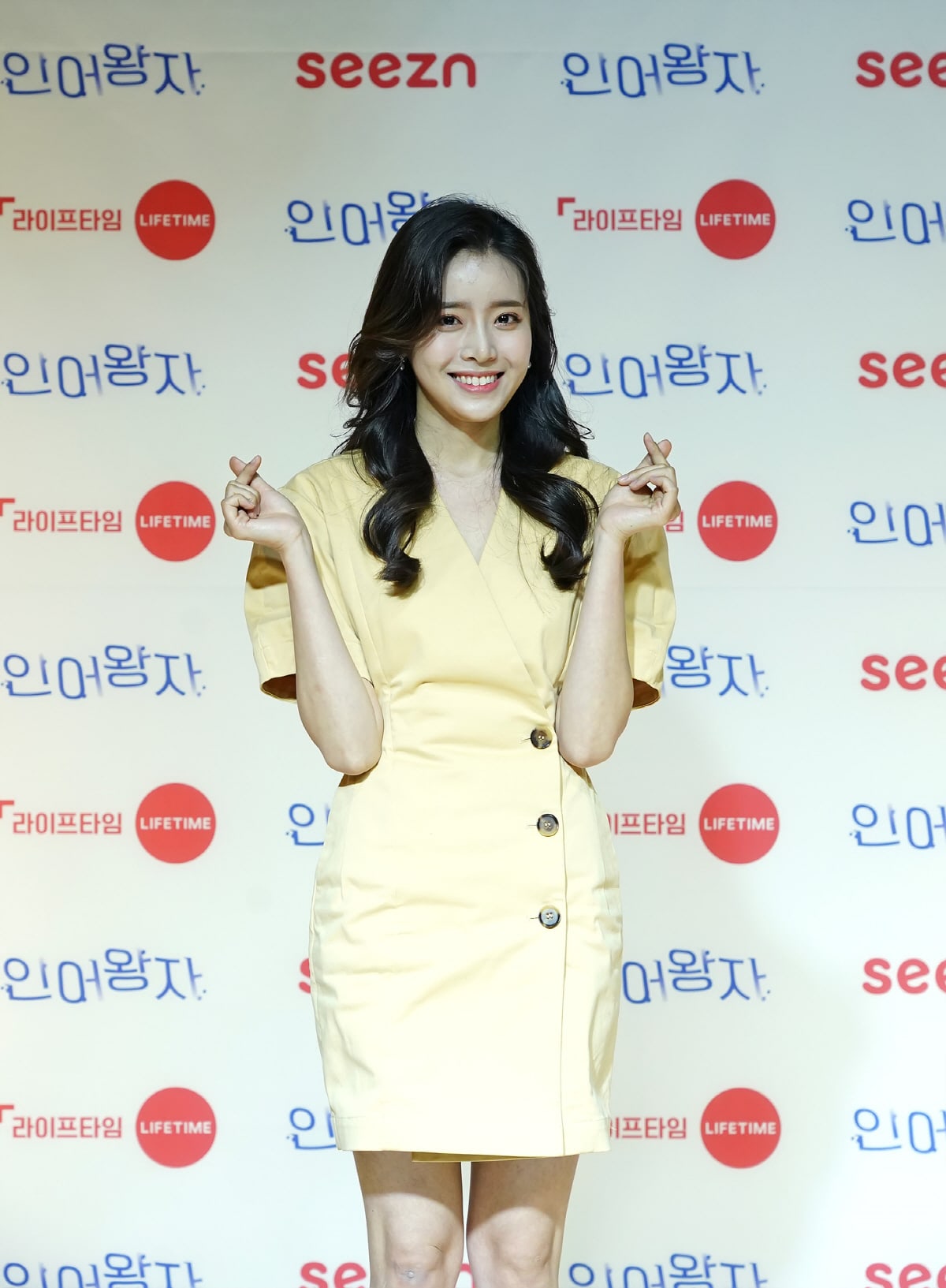 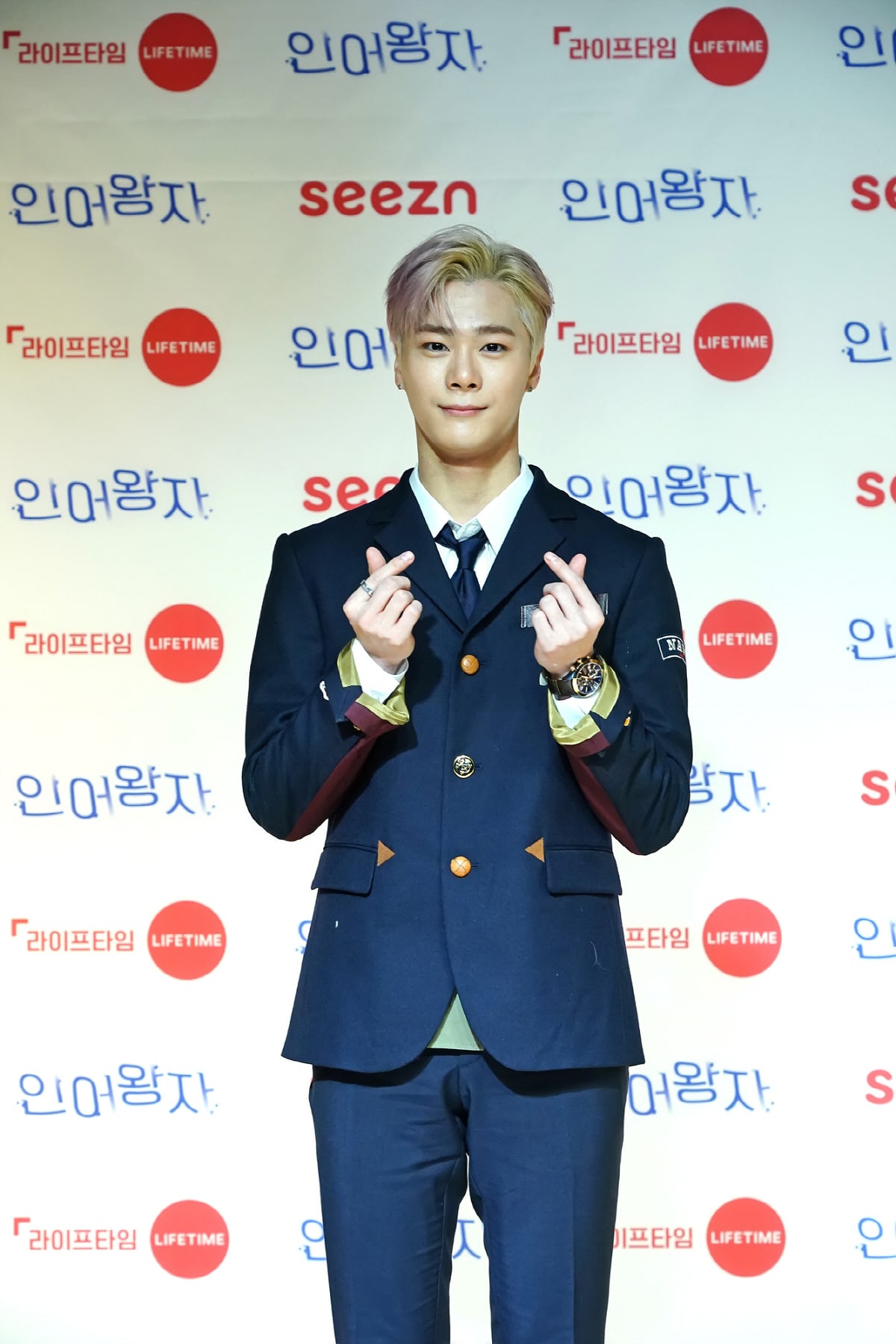 Moonbin also said that his fellow ASTRO members have been very supportive of his role. “The other members encouraged me and said I’d do a good job. They all cheered when they saw the topless scene in the teaser. I wanted to be able to hear them say ‘You really were Woo Hyuk in this role.'”

Jung Shin Hye said of her role as Hye Ri, “She’s an easy-going college student, but she’s also brave and someone who will follow through on her word and do what she says she’s going to do. She’s never been in a relationship. With the friends she considers her fellow ‘musketeers’ she comes to the guesthouse that Woo Hyuk owns and ends up realizing the meaning of love.”

When asked what drew them to the drama, Jung Shin Hye and Moonbin had very different answers. Jung Shin Hye said, “I was drawn in from the title of the drama alone. Even with the title ‘The Mermaid Prince,’ I was curious as to what sort of prince he would turn out to be.” On the other hand, Moonbin said, “[For me,] I chose this work because even though it’s a romance drama, the elements of mystery and fantasy made me think that there could be some interesting scenes. I wanted to be able to show various kinds of charm of myself.” 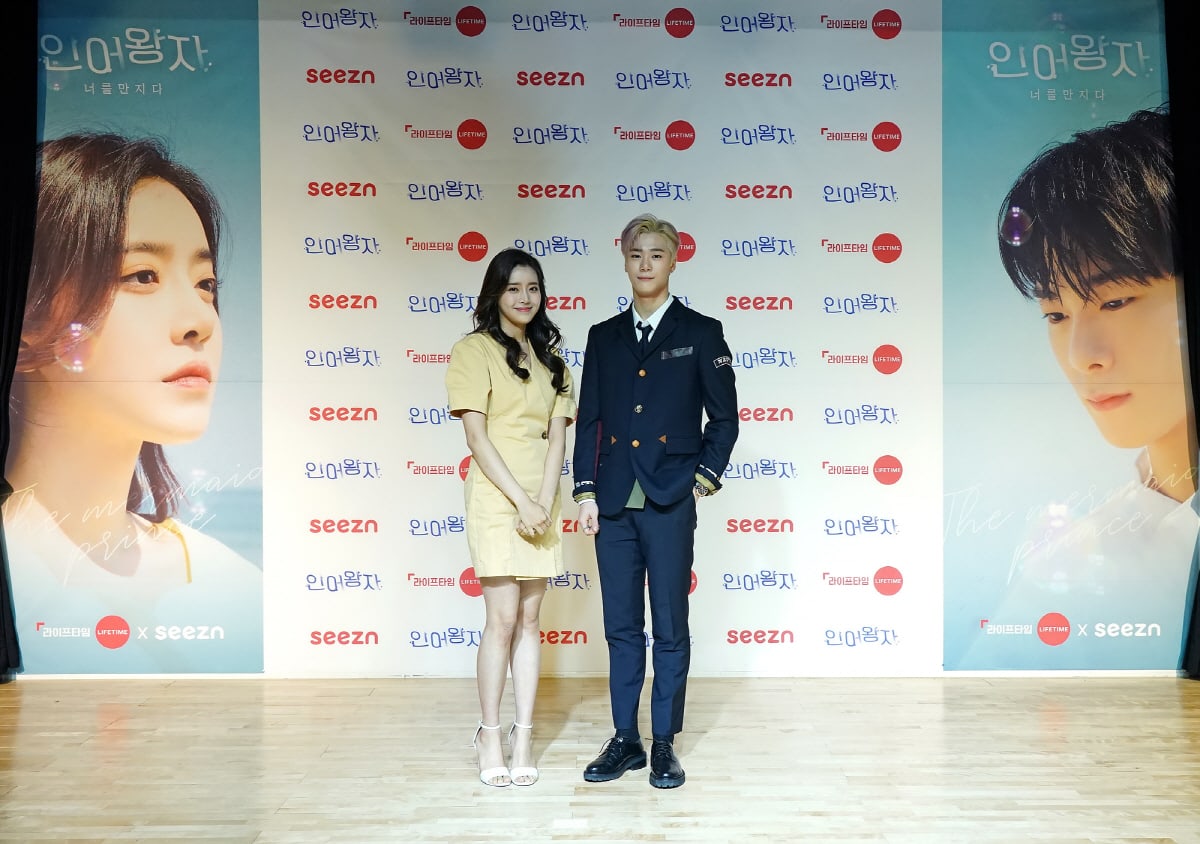 In order to prepare for working with Jung Shin Hye, Moonbin said that he watched all of the productions she’s appeared in. “She’s a natural talent. Because of this, I was very nervous when I first met her, but at the first script reading, she put all my nerves to rest. I had the thought that she could help me improve upon my weaknesses.”

Jung Shin Hye added, “I feel like I relied on [Moonbin] more. I also watched all of his works. But when it came to the script reading we had interpreted the script differently, so I felt like he was a good actor with a broad spectrum. I definitely relied on him a lot, especially when he was so courteous to me on the film set.”

The first episode of “The Mermaid Prince” aired on April 14. The episodes will continue to air every Tuesday and Wednesday at 11 a.m. KST for early viewing on Seezn, and Friday nights at 9 p.m. KST on the Lifetime YouTube channel. The web drama will also air on the Lifetime television channel following its conclusion. 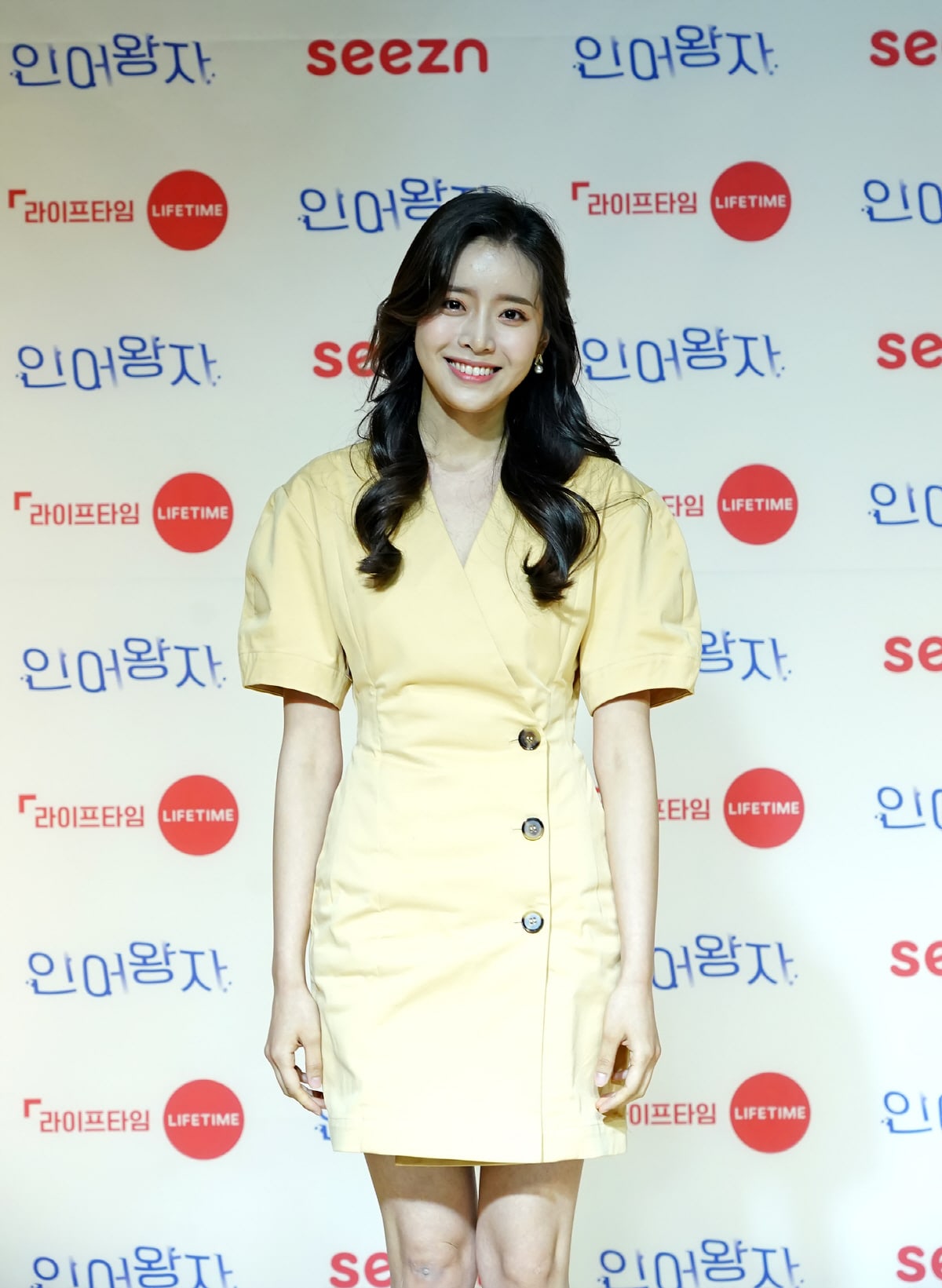 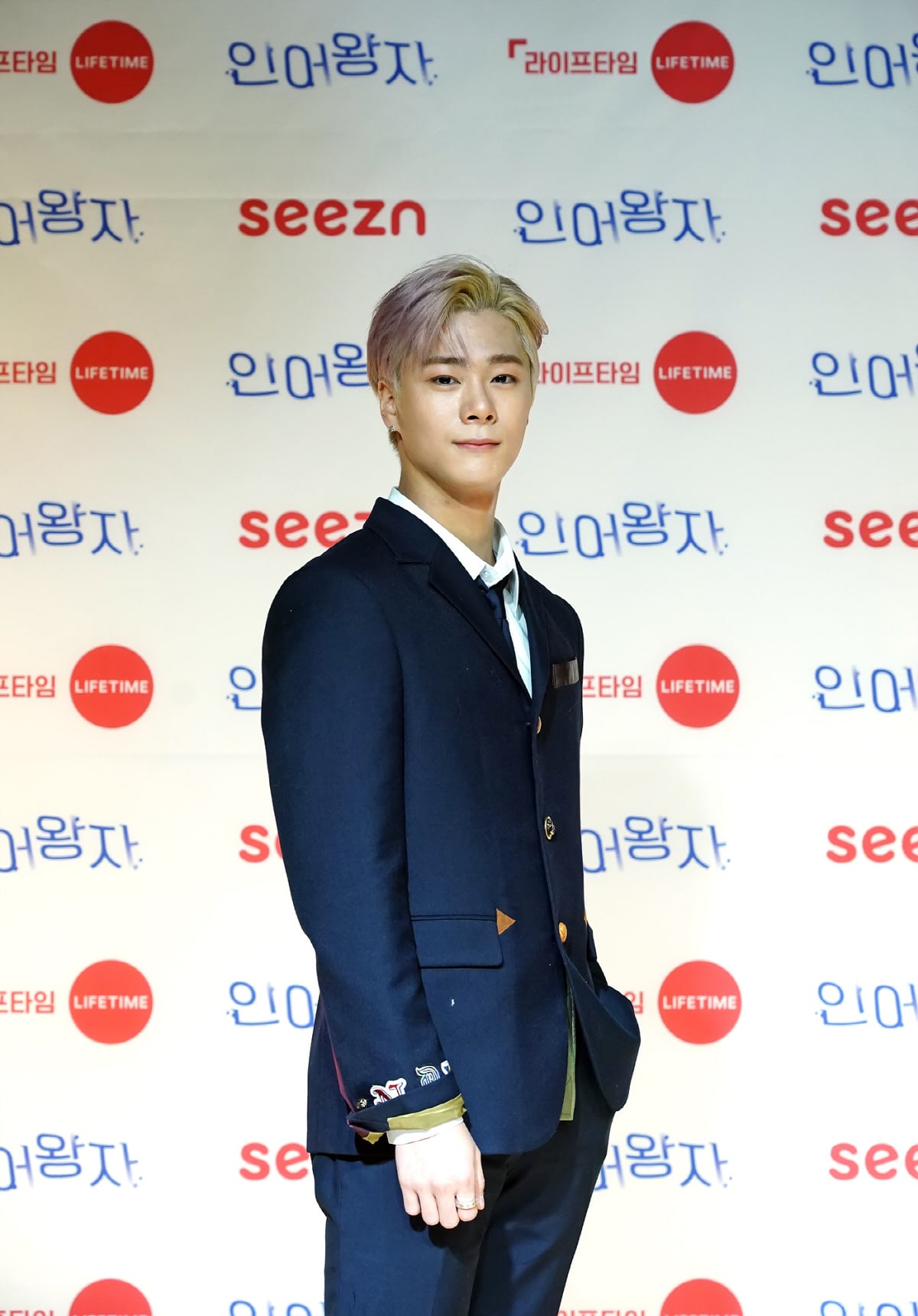 ASTRO
Moonbin
Jung Shin Hye
The Mermaid Prince
How does this article make you feel?