Yoo Seung Ho, Lee Se Young, And More Band Together To Track Down The Culprit In “Memorist”

Yoo Seung Ho and Lee Se Young will be getting one step closer to the mysterious “Eraser” in “Memorist”!

Based on the webtoon of the same name, “Memorist” tells the story of Dong Baek (Yoo Seung Ho), a detective with supernatural powers, and Han Sun Mi (Lee Se Young), an elite criminal profiler, who team up to track down a serial killer. Yoon Ji On and Go Chang Suk plays Yoo Seung Ho’s partners, Oh Se Hoon and Koo Kyung Tan, respectively.

In the last episode, Dong Baek and Han Sun Mi set up a meticulous trap to catch Eraser. However, Eraser was a formidable opponent who played his own clever tricks against them. Eraser disguised himself as a member of the unit, but he ended up attacking Han Sun Mi and Jin Jae Kyu (Jo Han Chul). Tensions were further heightened at the end when Dong Baek shot Eraser, who was attempting to make an escape.

The viewers are brimming with curiosity at the newest stills that show Dong Baek, Han Sun Mi, Oh Se Hoon, and Koo Kyung Tan visiting Chun Ki Soo (Moon Jung Dae) at the hospital. Chun Ki Soo is the detective who used Han Sun Mi’s profiling information to catch the one behind her father’s murder. His expression of suppressed anger creates an unusual atmosphere.

Chun Ki Soo will provide important clues related to Eraser. Han Sun Mi receives a small object from him, and she examines it closely with Koo Kyung Tan. Will they finally be able to catch Eraser for good? 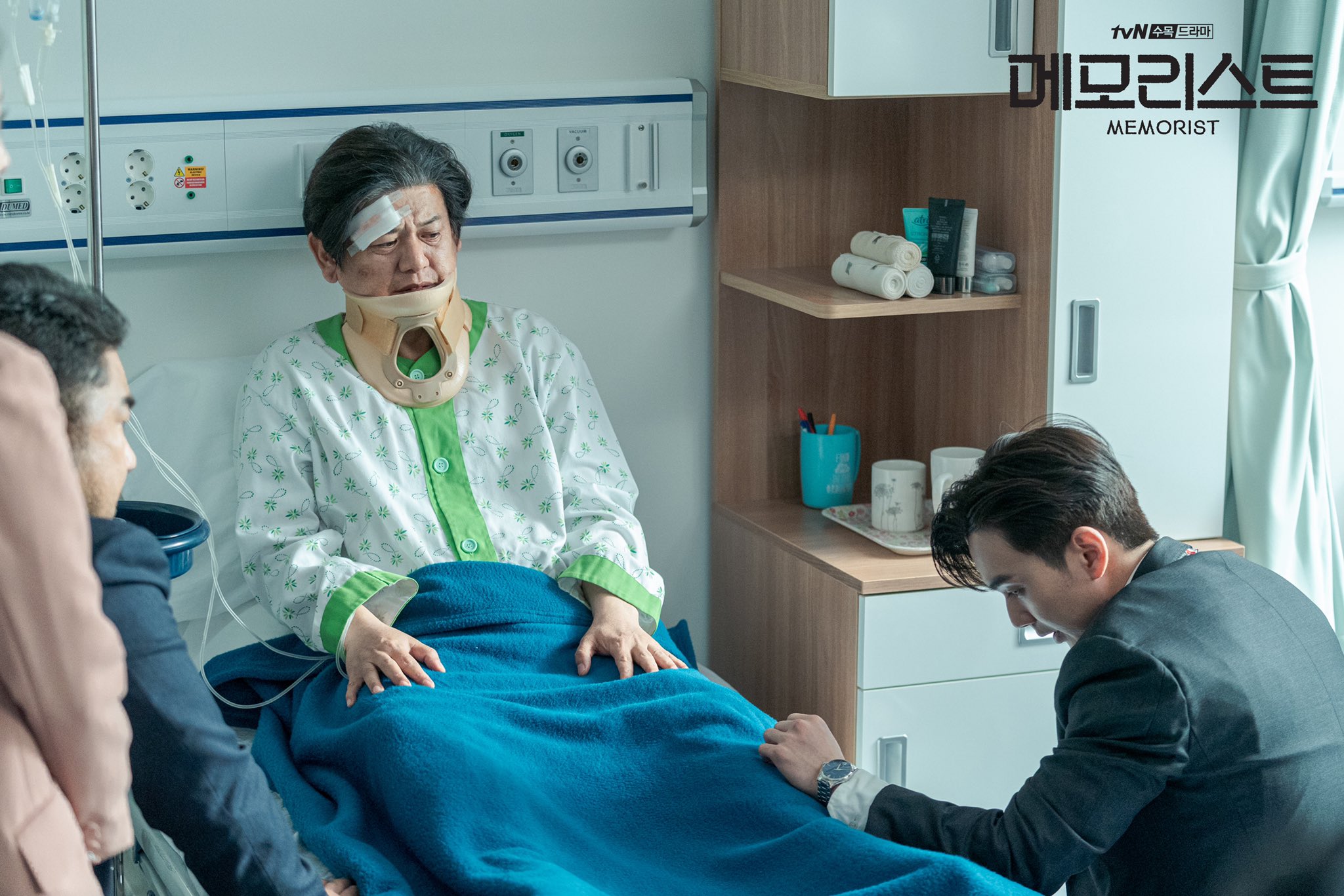 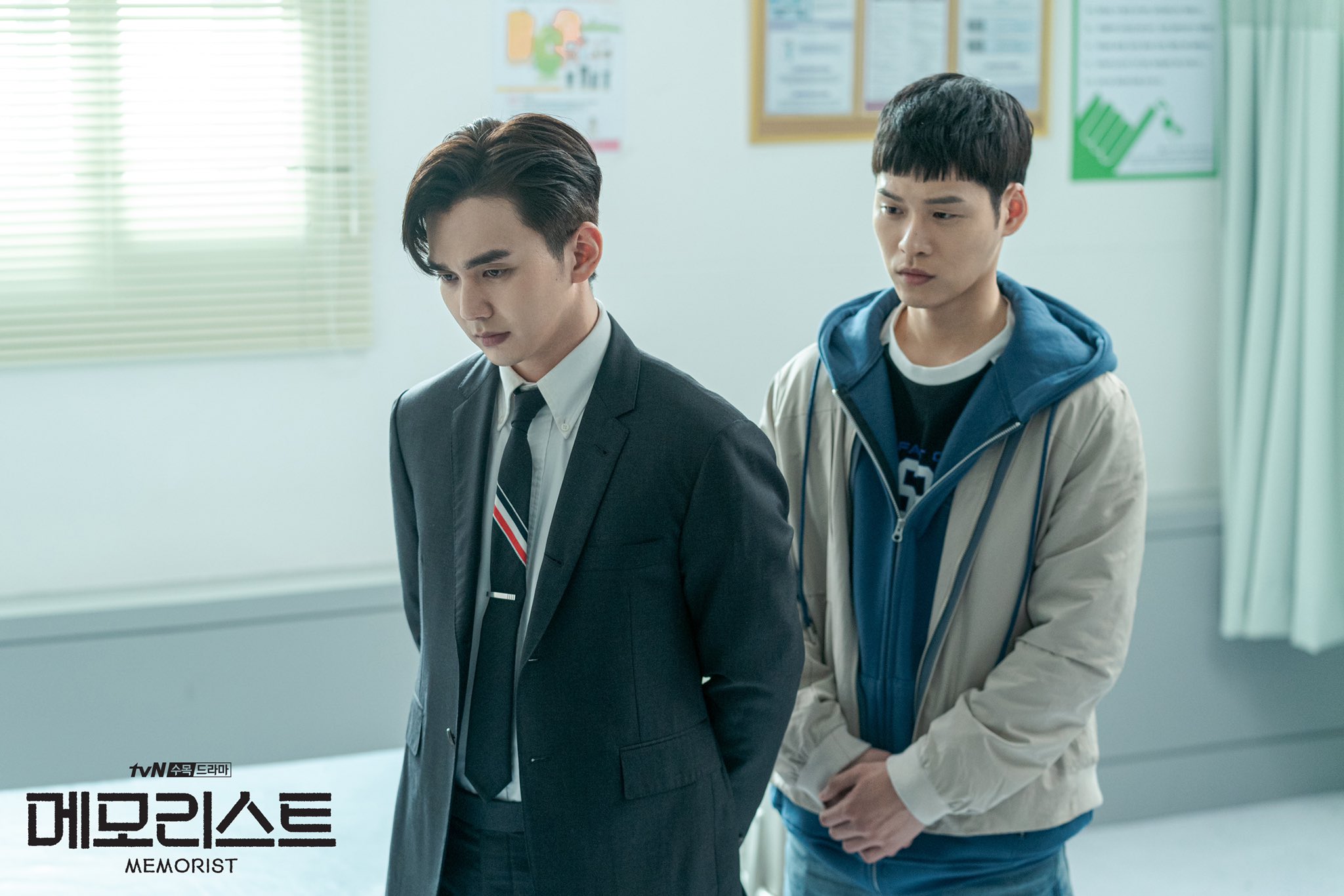 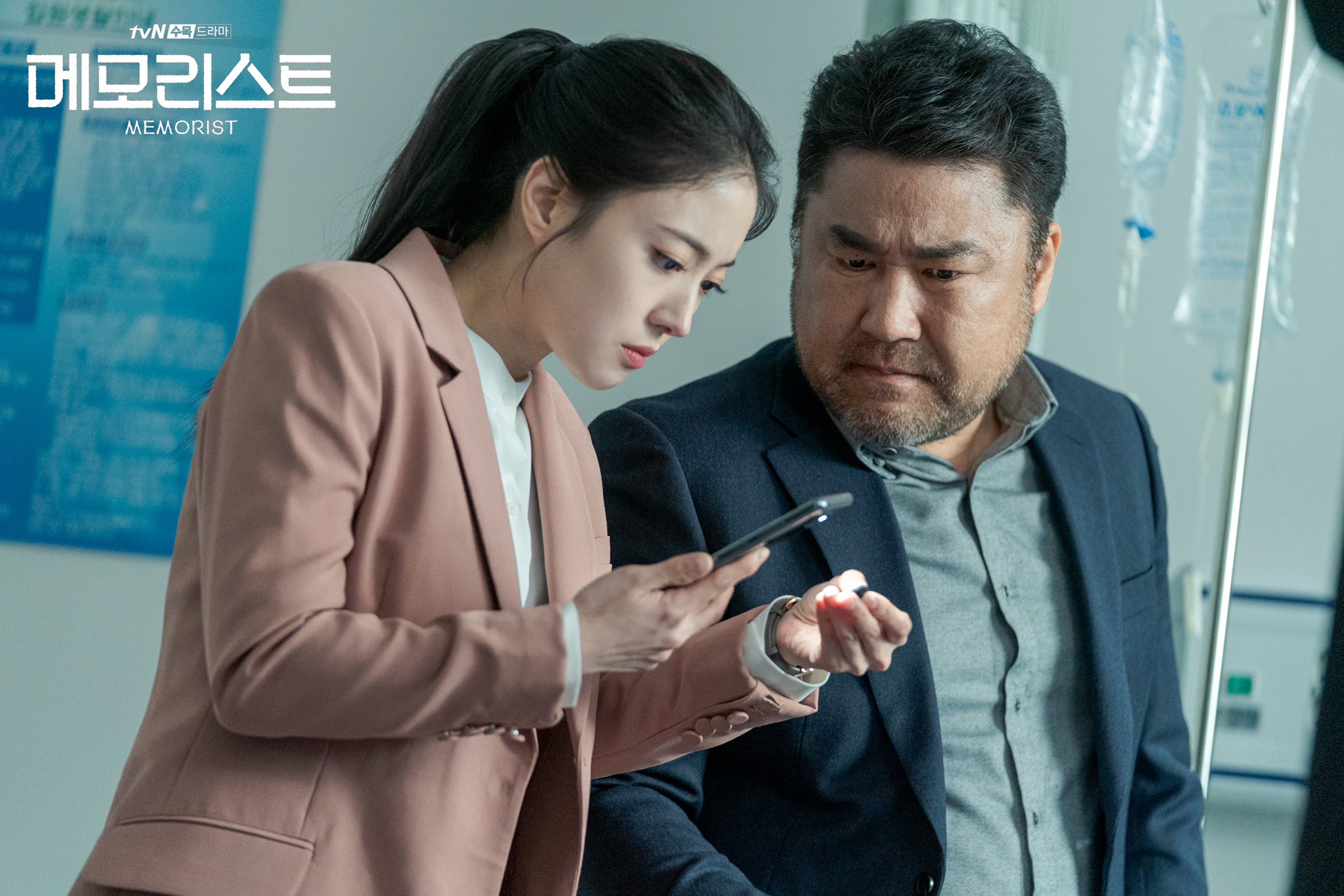 The production crew shared, “Dong Baek and Han Sun Mi will join hands to catch Eraser whose whereabouts are unknown. With the advent of new characters and clues, they are approaching closer to catching him, but a bigger crisis comes to Dong Baek, who showed abnormal symptoms using his memory scanning superpower. As they track down Eraser using a clever trick involving bait, the slowly revealed truth will give a shocking twist.”

Watch the latest episode of “Memorist” with English subtitles below!