Park Bo Gum spoke about connections with music throughout his career and more!

Mnet recently shared an interview with the actor as part of the network’s 25th anniversary celebrations. Park Bo Gum opened by introducing himself as someone who loves music.

He then talked about the story behind how his career plans turned from aiming to be a singer to working as an actor. “When I was young I dreamt of being a singer, so I recorded myself singing and playing the piano and sent it to a big entertainment company,” he said. “The first company that called back suggested that I should go into acting, rather than becoming a singer. So here I am as an actor and a lover of music.”

The actor went on to talk about a song that helped him achieve his dream. He said Carnival’s “Goose’s Dream” has lyrics that he loves but is also the song that he’d sing at every audition. “That’s why that song resonates with me, and I hope many people get encouraged by this song,” he said.

He spoke about his OST titled “My Dearest” for his hit 2016 drama “Love in the Moonlight.”

“I would say that it was a meaningful song for me as an actor,” he said. He explained that while he’s an actor now, his dream of being a singer is always at the back of his mind, and he said that “My Dearest” was the perfect fit for his drama character and the tone of the show. 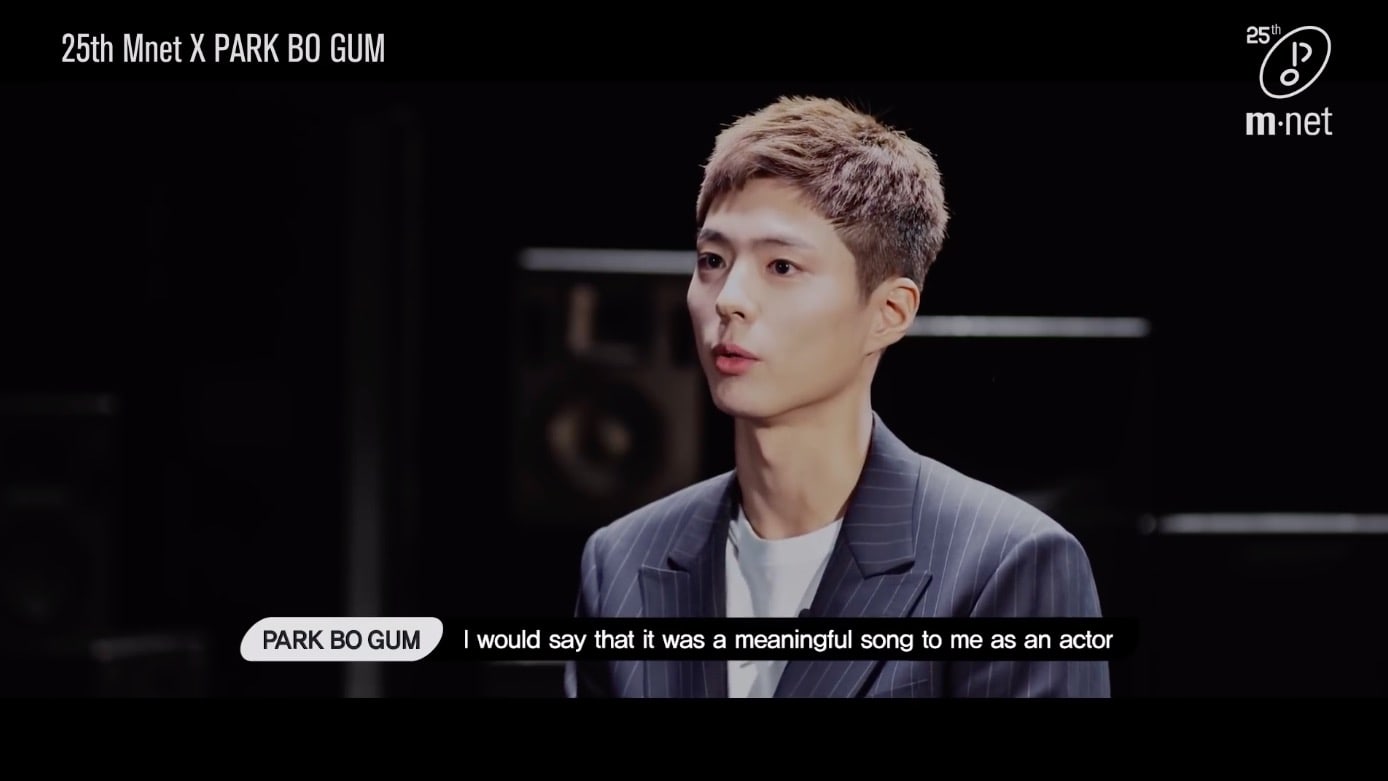 Park Bo Gum also named some of his favorite OSTs from the dramas he’s starred in, choosing Lee Juck’s “Don’t Worry” and NOEL’s “Together” from “Reply 1988.” He said, “I like the message that each of the songs convey, as well as the vibe that they have. They make me feel peaceful and I want to listen to them over and over again.”

The actor recently starred in the music video for Lee Seung Chul’s “I Will Give You All,” which was the first MV he’s ever acted in.

“I loved the music, and the cinematography was beautiful,” he said about the video. “It was easy to understand what emotions they were trying to deliver. As an actor, I’m thankful that they could capture me in my youth, and that it is all recorded and documented with amazing cinematography. And what’s more is that I get to use it as my filmography. Music videos are meaningful as they are a way to portray an aspect of one’s youth. I’m grateful that I was given this opportunity.” 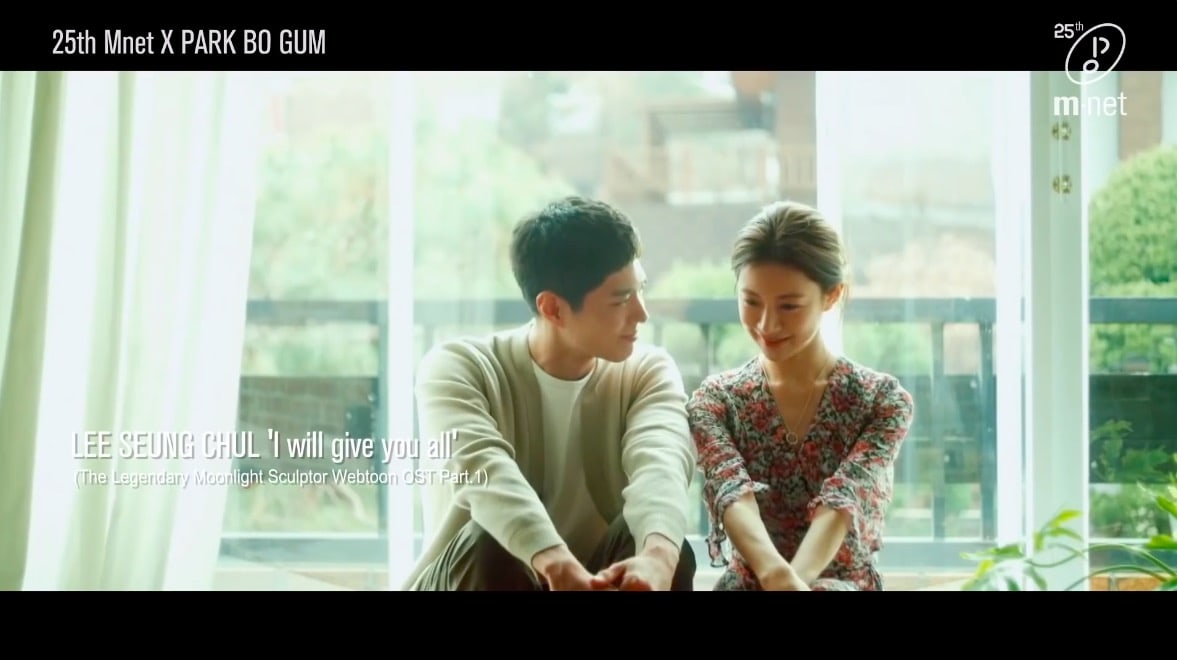 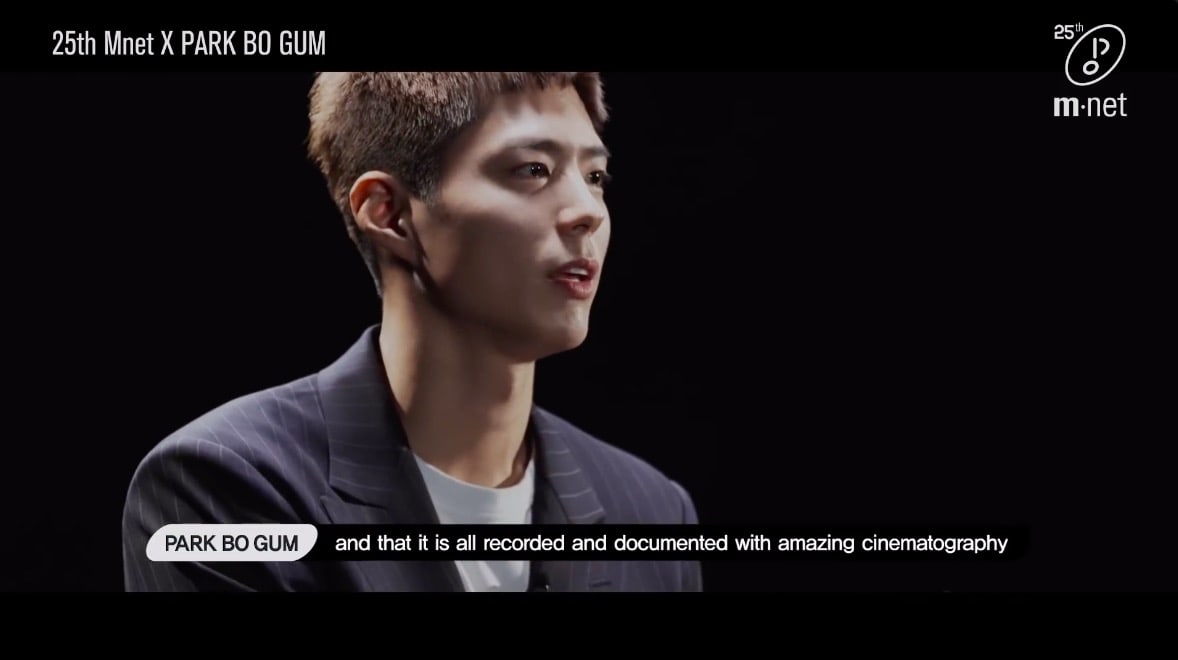 The actor also talked about being an MC of the Mnet Asian Music Awards (MAMA). “When we announced at the beginning, ‘Mnet Asian Music Awards…’ I can’t describe it in words, but I can say I was really nervous,” he said. “All I thought was, ‘Don’t forget my lines, don’t mess up.’ I wanted to make eye contact with those who were watching, since they’re the reason for the event and I wanted to reciprocate. But the sound of the fans’ cheering was so loud and heated up the place, so I started forgetting some of my lines. So I tried to stay focused.” 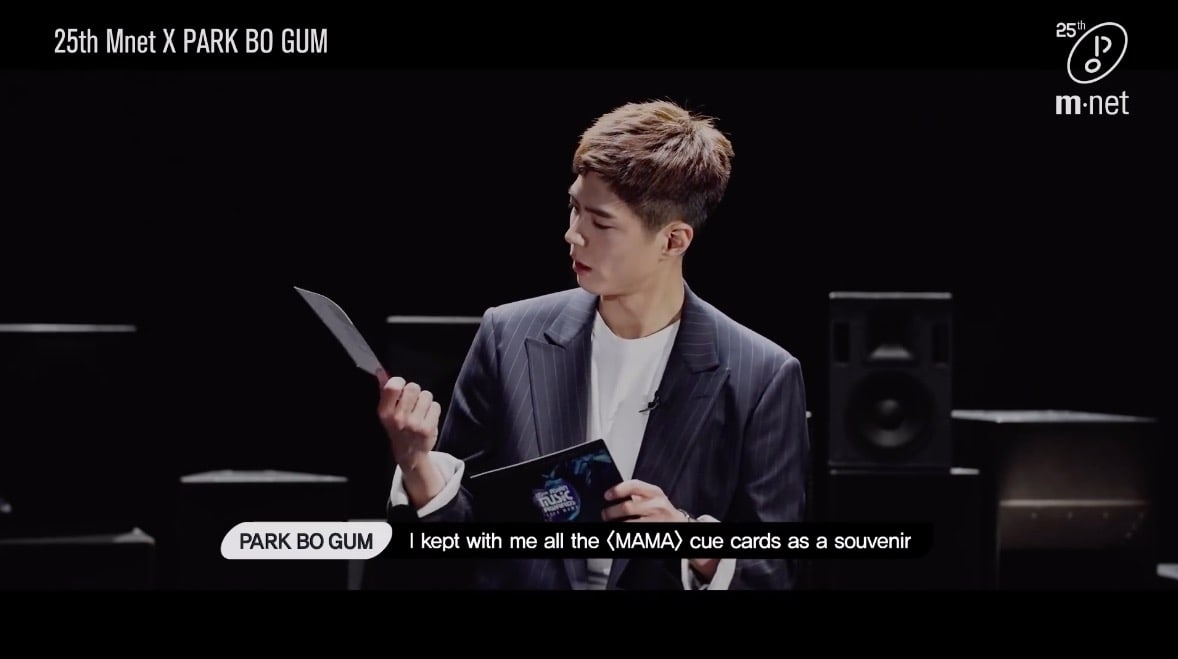 “Every time I look at these cue cards, it brings back memories that were given to me by music,” he said. “Thank you for gifting me with such great memories. I always wanted to say that.”

The actor went on to congratulate Mnet on the network’s 25th anniversary.

Watch the clip with English subtitles below!

Watch Park Bo Gum in the drama “Encounter” below!