“Skate Into Love” is a sports romance drama that follows the story of a speed skater named Tang Xue (Wu Qian) and an ice hockey player named Li Yu Bing (Zhang Xing Cheng). During elementary school, Li Yu Bing was a cowardly and timid boy who was often bullied by his desk-mate Tang Xue. Despite their relationship, they both share the dream of having a sports career on the ice. The two cross paths again in university; Li Yu Bing is now the school’s star hockey player, while Tang Xue has given up her dream as a speed skater. Li Yu Bing pulls some strings in order to have Tang Xue become his assistant with the intention of getting revenge on her for bullying him in the past. But as they spend more time together, Li Yu Bing notices Tang Xue’s great qualities and realizes his courage in the ice rink has always been influenced by Tang Xue. In turn, Li Yu Bing encourages Tang Xue to rediscover her dreams and start speed skating again.

“Skate Into Love” is an uplifting drama as it depicts the struggles of professional athletes. Throughout the drama, we see Tang Xue and Li Yu Bing face many roadblocks and crossroads in their sports careers, from disapproving parents, fierce competitors, to love rivals. They learn to overcome their obstacles, showing that you mustn’t give up and that you should also feel grateful for being able to do what you love. If that isn’t enough for you to want to check out “Skate Into Love,” then check out these reasons why you should start watching the drama below! 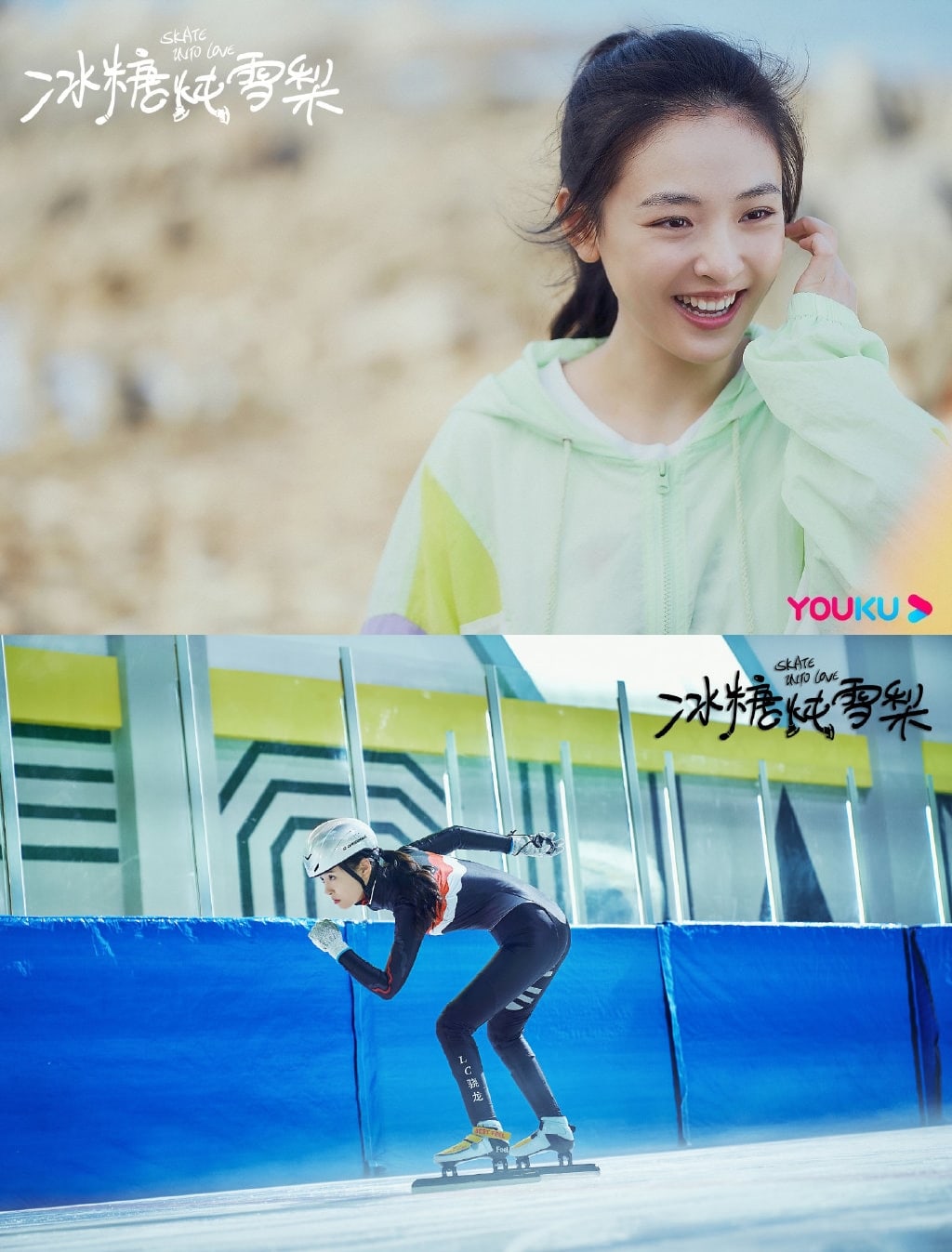 Tang Xue is outspoken, brave, righteous, loyal, passionate, and has a kind heart. Although she can be bossy and a bit overbearing, it all comes from a good place. She’s the kind of person who always steps in to help others, especially if they’re being bullied. It’s also admirable how Tang Xue never changes to become someone she is not. She always keeps it real, so it’s not surprising that she has a group of loyal friends, plus three guys who all have a secret crush on her.

Skating has always been Tang Xue’s passion since a young age and she even trains for eight years in competitive speed skating with the potential to join the national team. However, due to a horrific injury and disapproval from her family, she is forced to quit. Later on, she receives the chance to try out for the speed skating team in university. Tang Xue has many disadvantages starting over, with her age and time stacked against her. However, she overcomes her two year gap and the challenges of restarting as a rookie by relentlessly training until she proves she is good enough to be a part of the team. Her passion and love of ice skating is incredibly moving and inspiring, and it truly motivates the people around her and us viewers.

Wu Qian, who plays Tang Xue, has always been a fan favorite among drama fans and her performance in “Skate Into Love” is no exception. Wu Qian perfectly portrays the unyielding determination and perseverance of Tang Xue when it comes to her skating dreams. She does an excellent job in playing a refreshing and rare female character who is powerful, outspoken, warmhearted, and just a total badass. 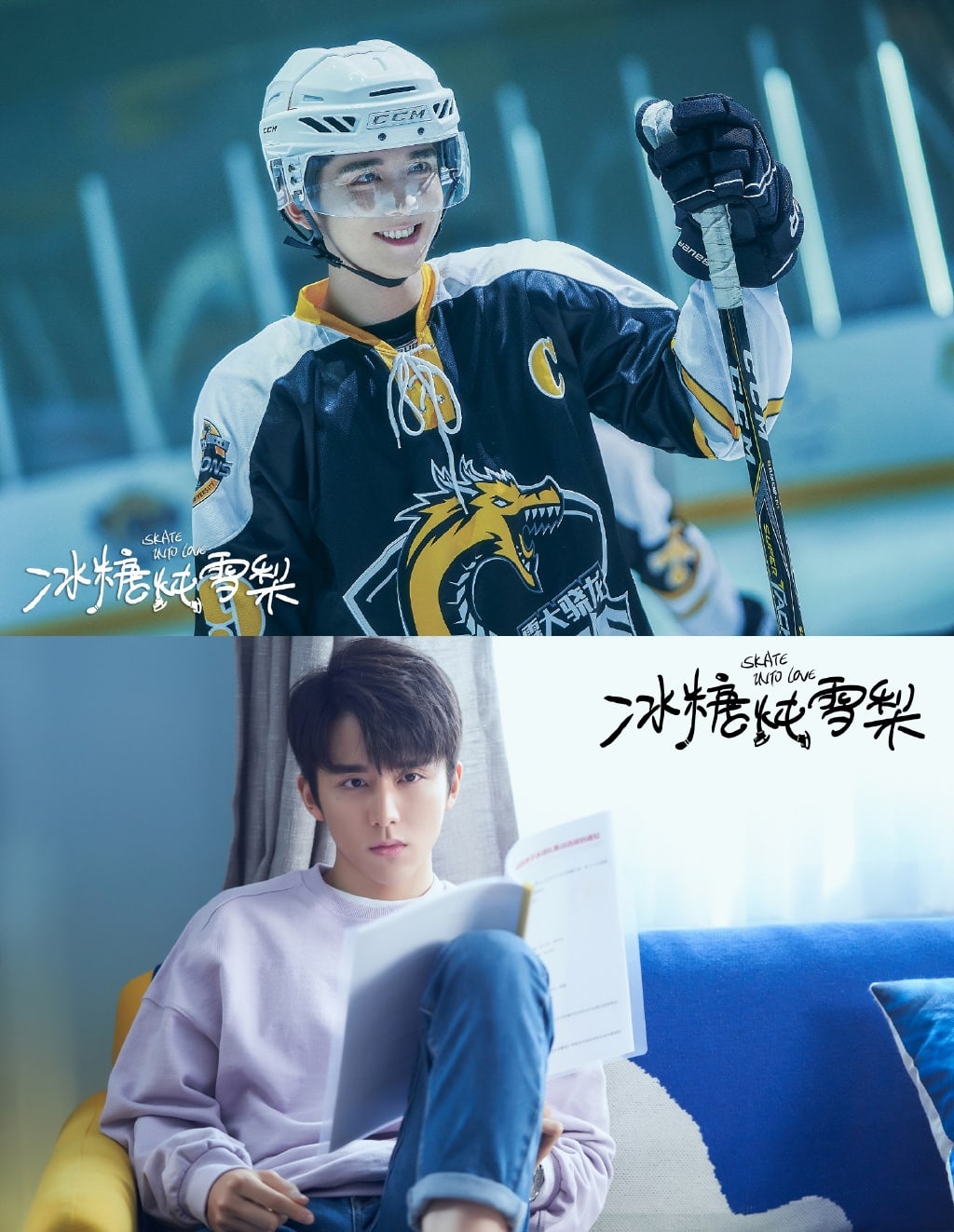 Our male lead, Li Yu Bing, is known as the “Ice God” of Lin Cheng University, the star ice hockey player on campus. Just like Tang Xue, Li Yu Bing is also a great role model. He’s fiercely passionate about hockey, loyal, dedicated, and a team player who never lets his teammates down. He wasn’t always the cool and confident star hockey player; in fact, he was small, timid and shy as a child.

Li Yu Bing is also one of Tang Xue’s biggest supporters. Viewers love how quickly Li Yu Bing gets over the misunderstanding he had with Tang Xue during their childhood. He sees the amazing qualities of Tang Xue that he previously missed out on and completely falls head over heels for her. It’s so sweet when he realizes how much of an impact she had on his entire life, his passion for hockey, and how his courage and fearlessness stems from his time with her during their childhood.

Thanks to his intervention and continuous support, Tang Xue builds up her confidence and reignites her passion for skating. Besides obtaining a chance for Tang Xue to try out for the speed skating team, Li Yu Bing also secretly helps to pay for Tang Xue’s training even though he doesn’t have a lot of money himself. He is truly boyfriend goals!

There’s no doubt that Zhang Xin Cheng is everyone’s new crush with his great portrayal as the heartthrob Li Yu Bing. His range of expressions, from the cool and determined Ice God in the hockey rink to the adorably sweet Bing Bing around Tang Xue, is absolutely swoon-worthy. 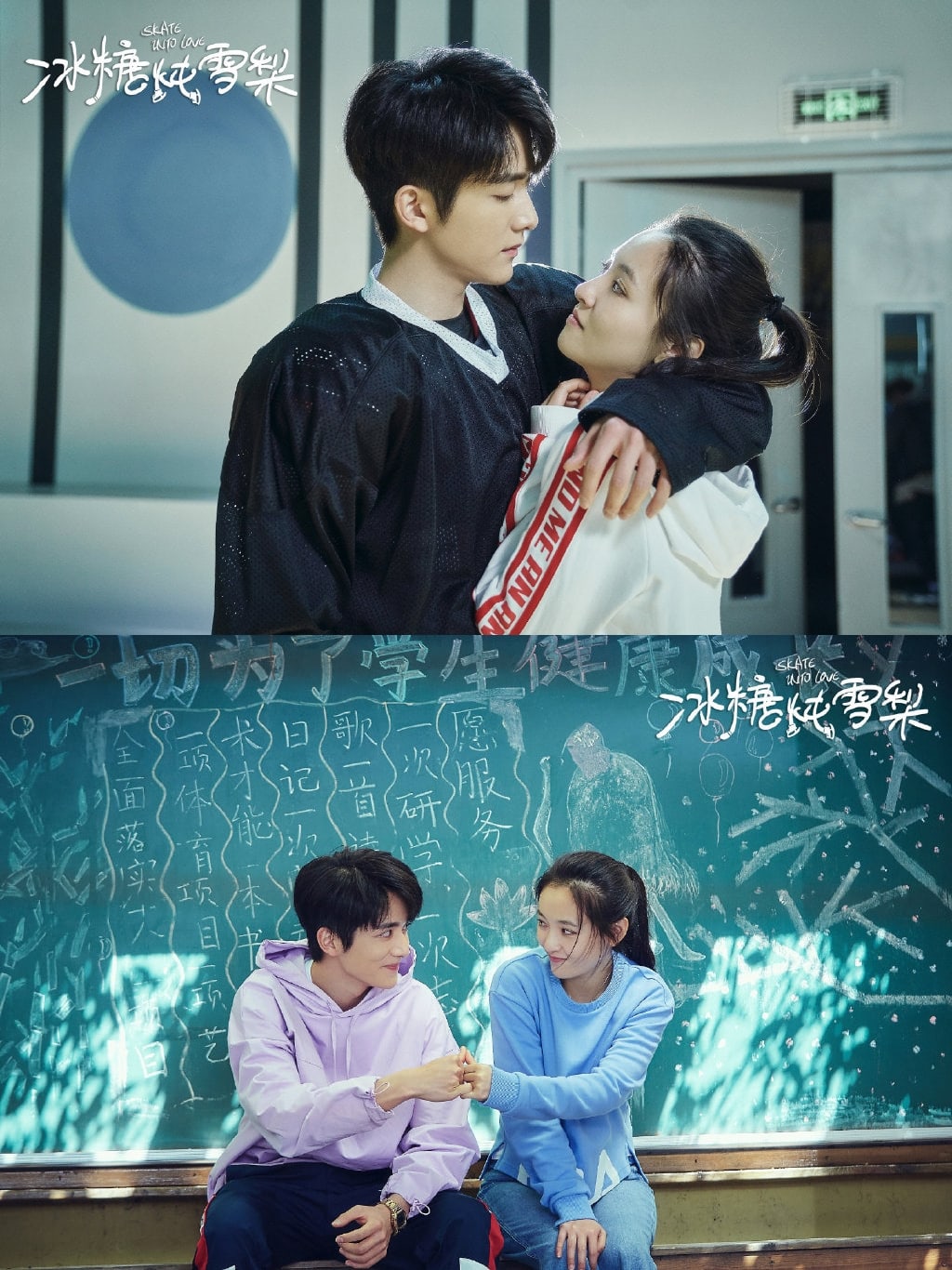 Our OTP’s relationship, which transitions from childhood friends/frenemies to lovers, is so sweet and natural! Their love of ice sports definitely helps them to bond and pushes them to be together. They also support each other through their career high and lows.

The best part is how much they inspire and encourage each other to achieve their dreams. Li Yu Bing helps push Tang Xue back into speed skating and he is there during every step of the way of her difficult journey. Later on, Li Yu Bing also suffers a major injury, putting a halt in his professional hockey career. It’s a devastating blow to Li Yu Bing and spirals him into depression, but Tang Xue stays by his side, encouraging him and helping him to not give up on himself. Their relationship is great because Li Yu Bing and Tang Xue understand how much their dreams mean to each other. 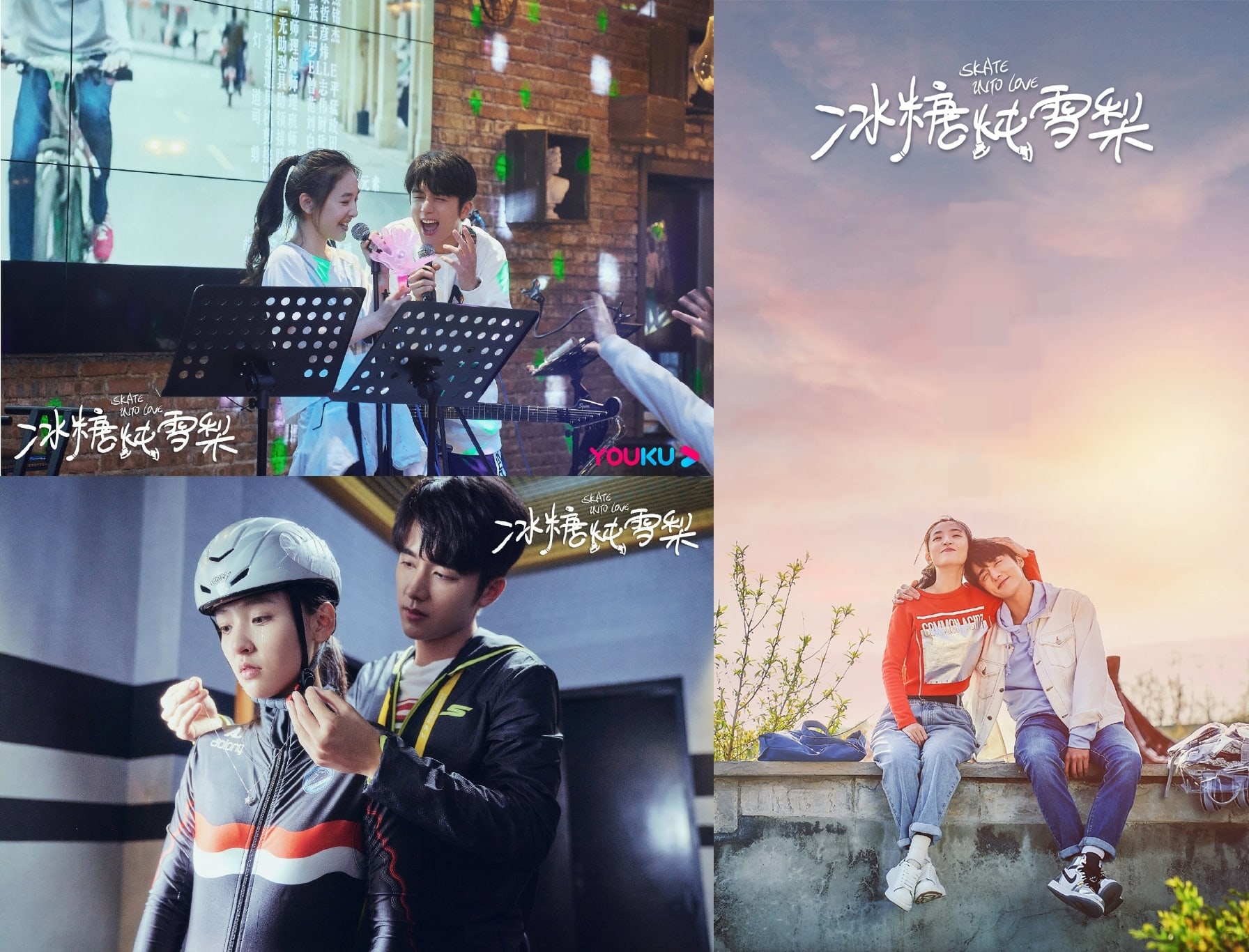 I love that they’re both very independent individuals, and they choose not to be defined only by their relationship. Their determination towards their dreams is truly inspirational. Although dating is frowned upon for athletes as it affects their training, this OTP never lets the relationship affect their performance. You see them grow, change, and improve throughout their journey. You can sense their fear, worry, excitement at every game or competition, and when they achieve their goals, it makes you feel a sense of happiness and excitement. It’s also interesting to note that Li Yu Bing’s and Tang Xue’s names are directly related to their passions. Bing means ice (冰) and Xue means snow (雪). How cute, right?

Wu Qian and Zhang Xin Cheng, who play our OTP, also have an undeniably sparkling, natural chemistry. They look at each other with so much love, respect, and admiration. They perfectly portray the kind of romantic relationship that inspires you to be a better version of yourself. Their chemistry feels so genuine and effortless that even the director of the “Skate Into Love,” Zhu Rui Bin, revealed in an interview that he knew they were perfect together from the moment he saw them! 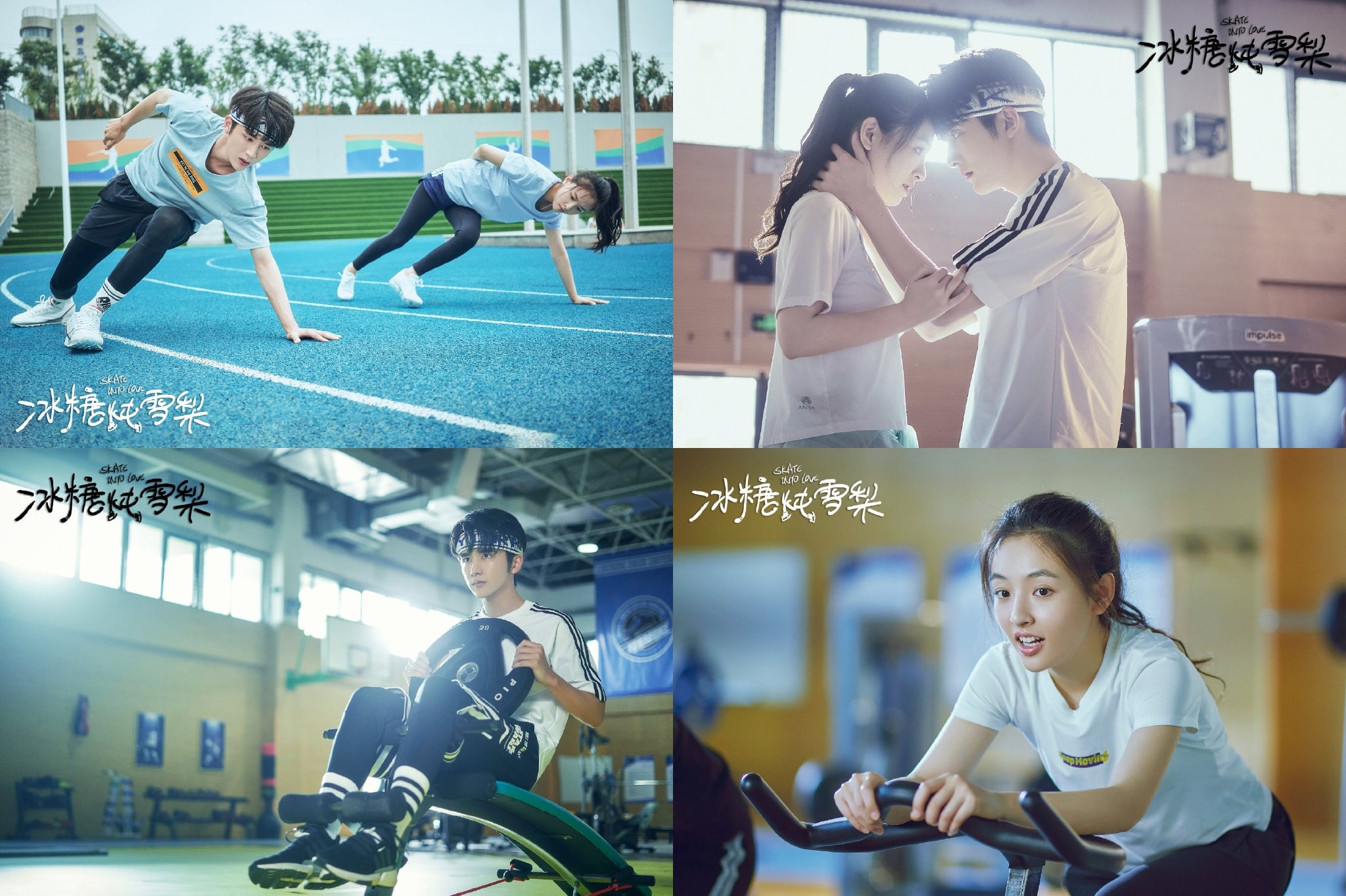 While the drama is advertised as a sports romance drama, the overall theme is about finding happiness and doing what you love. It can be summed up by this quote, “If you are feeling confused about the road ahead, ask yourself what is the thing you truly love and dream about? Dreams don’t shine, but it’s the people who chase after their dreams who shine brightly.”

“Skate Into Love” touches upon what people value, whether it is happiness, money, or status. In the highly competitive world of sports, not everyone can be a champion and stand on the podium. The drama teaches you that the journey is what matters the most and that the feeling of happiness you get while fighting for your dreams is the most meaningful. Comparing yourself to others and their achievements is not worth it, and instead you should live life by following your own path. 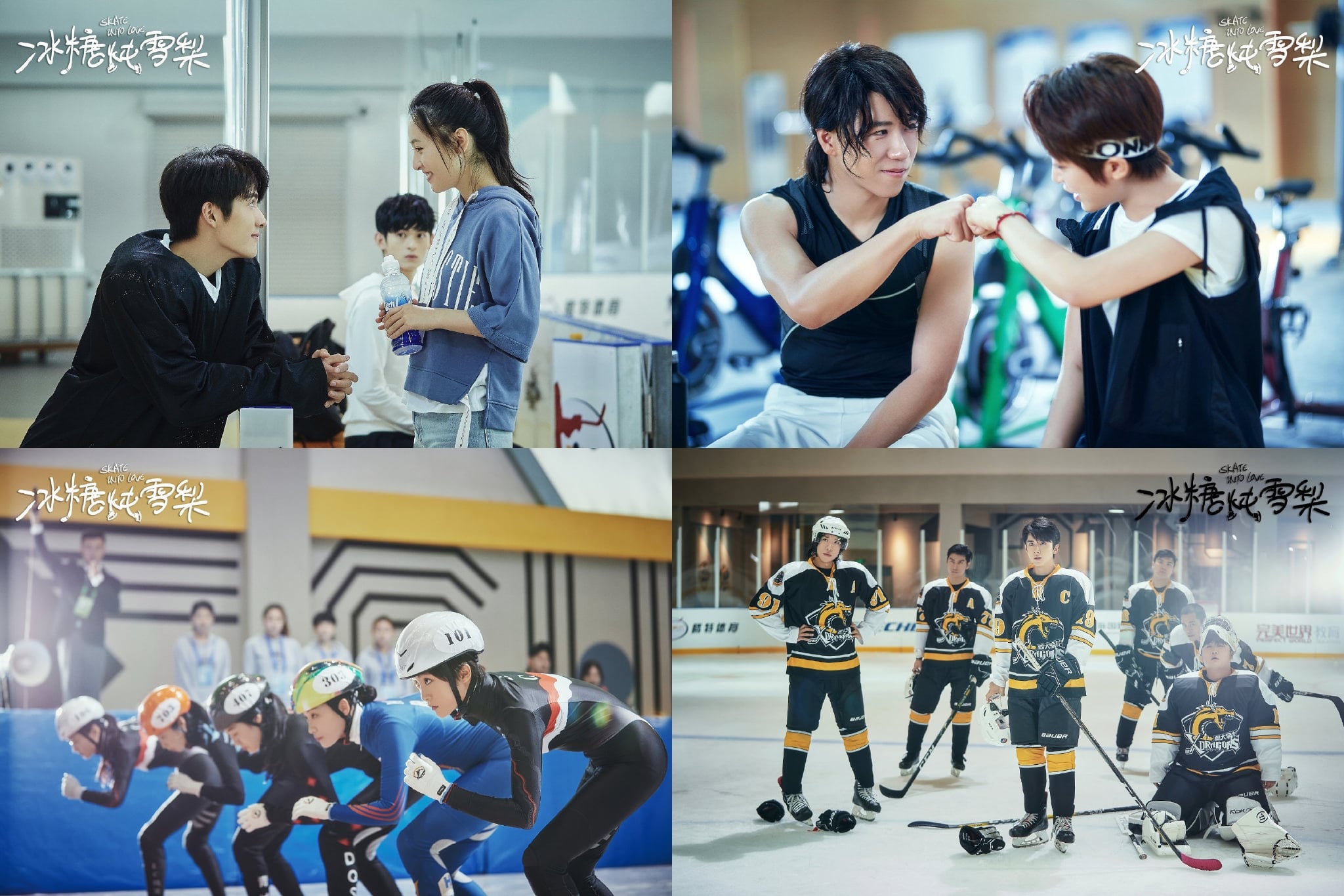 The drama also highlights the importance of the athletes’ mental health. Whether it is injuries or a slump period, athletes often experience frustrations, pain, confusion, failure, etc. Learning to overcome these obstacles provides a great sense of achievement and it also shines on the importance of having a great support group of friends, family, and peers/mentors to give encouragement during tough times.

Overall, “Skate Into Love” is a heartwarming and feel-good drama with a sweet romance story. It focuses on ice sports athletes, showcasing their sacrifices, character development, and evolving relationships, making it a must-watch!

Currently watching: “The King: Eternal Monarch” and “The Best of You In My Mind”
All-time favorite dramas: “Nirvana In Fire,” “Queen In Hyun’s Man,” “A Witch’s Romance,” “Love O2O,” and “My Mr. Mermaid”
Looking forward to: “Symphony’s Romance,” Go Ahead,” “Glory of the Special Forces,” and “The Oath of Love”