TVXQ’s Changmin got nervous about not knowing the lyrics to his bandmate Yunho‘s solo song!

On the April 18 episode of tvN’s “Amazing Saturday,” Changmin made his first appearance on the variety show to promote his new solo title track “Chocolate.” Accompanying him was Super Junior’s Kyuhyun, who returned for his third appearance on the program.

Host Boom mentioned the time Kyuhyun couldn’t guess the lyrics to a certain part of TVXQ’s “Keep Your Head Down” during a previous episode, and Changmin shared, “After filming, Kyuhyun called me and said, ‘Your song came out on the show, but I couldn’t guess the correct answer.’ So when the episode aired, I tried to guess [the lyrics] while watching too, but I couldn’t do it. I tend to focus only on my part [and not Yunho’s].” 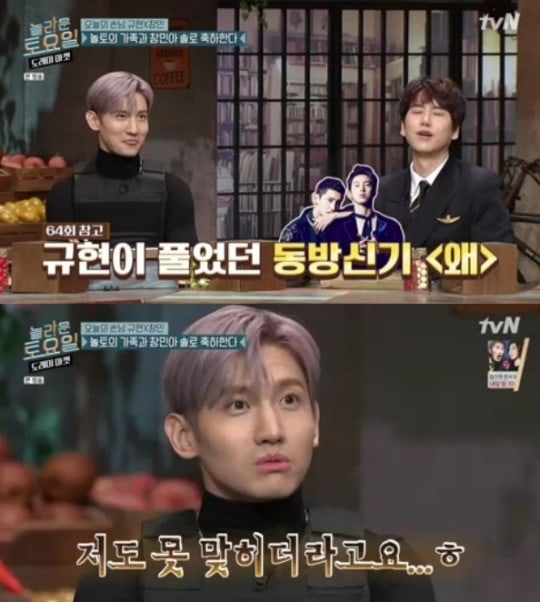 Boom then revealed, “The first song for today is Yunho’s ‘Why.’ We chose this song with the thought of basically giving away the Korean beef [the prize for the round] to Changmin.”

Changmin, however, expressed a low level of confidence in his knowledge of Yunho’s lyrics. He replied, “I think I’m going to be dead meat after this broadcast.” 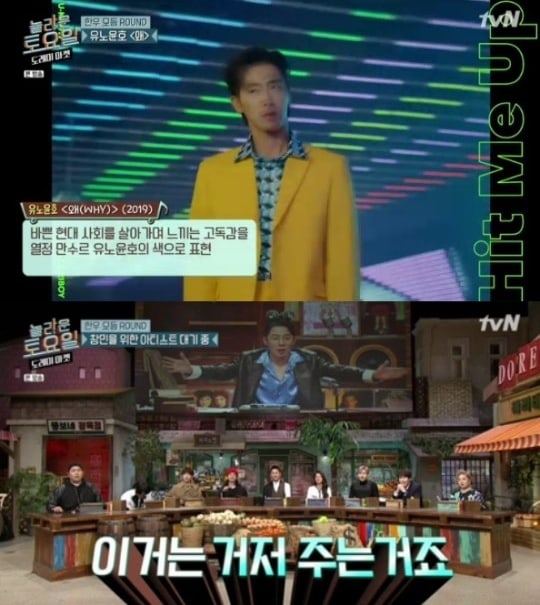 Boom gave everyone hints by telling them the lyrics before and after the part of the song they needed to guess the words to. Later, when Changmin’s guess was shown onscreen and they saw that he had only managed to write down a few words, the cast debated whether or not they should ask for more hints. Changmin said with a smile, “If it’s alright with everyone here, please [use up all of the hints] thinking that you’re saving someone. Please save me.” 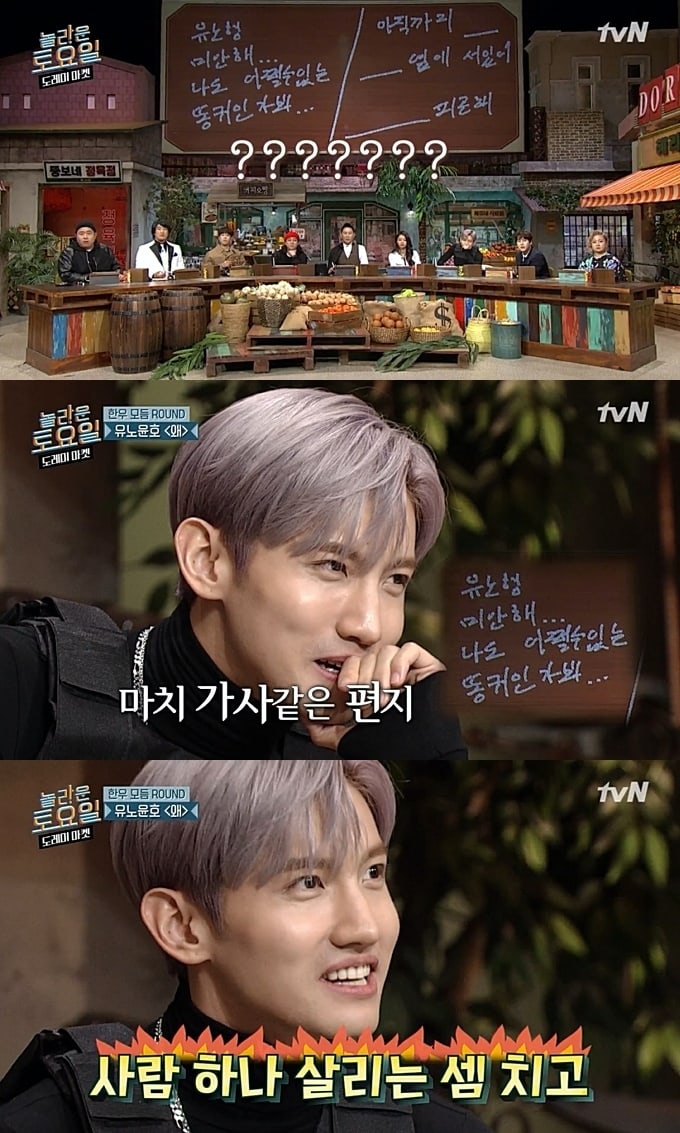 Block B’s P.O then guessed a phrase that sounded like the correct answer, and he began to celebrate after saying it out loud. Boom interjected and suggested that P.O give the answer to Changmin.

At first, Changmin hesitated to accept the offer, but the cast jokingly pretended to refilm the scene after Kyuhyun shouted, “Cue!” Everyone showed off their best acting skills as they pretended to debate the lyrics again. Changmin then suggested the same lyrics that P.O had previously mentioned, and the cast began heaping him with praise. The TVXQ member commented with a laugh, “It feels as if I’m holding a poisoned chalice.” 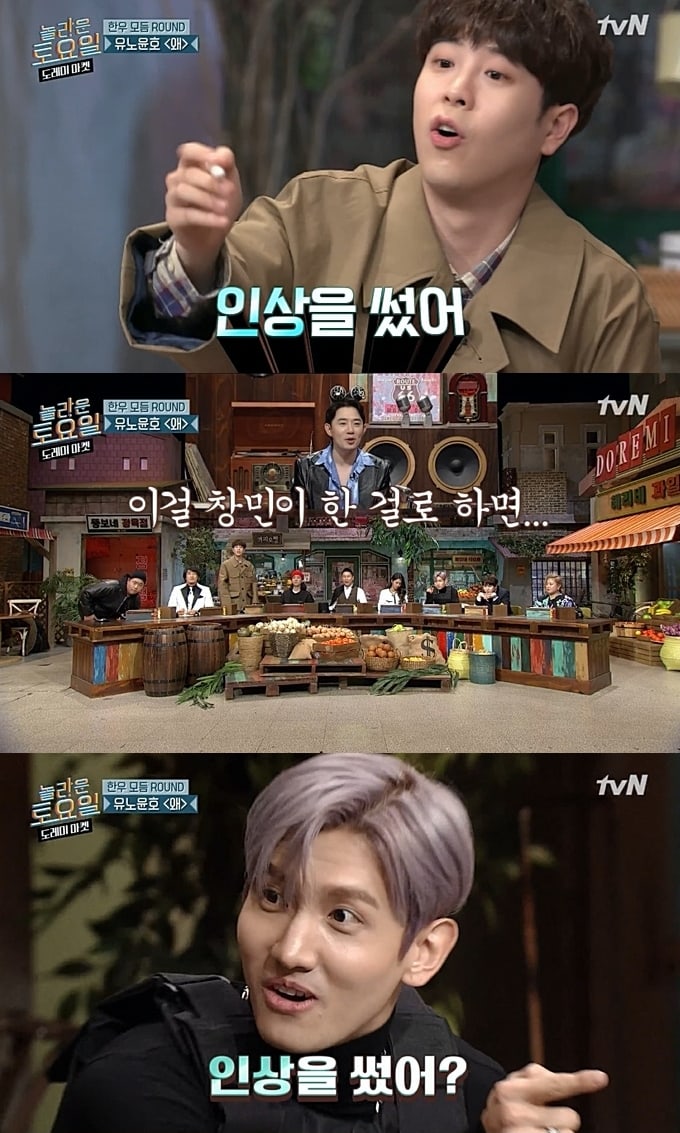 The cast members and guests successfully passed the round and got up to feast on grilled Korean beef. Before heading to the table, Boom pretended as if he had Yunho on the phone and asked Changmin to say hello. With a hopeful smile, Changmin replied, “Really?” before saying, “Hello?”

Boom then confessed that he was joking, and Changmin gave him a nod and thumbs-up for successfully pranking him.

TVXQ
Changmin
Amazing Saturday
How does this article make you feel?