tvN’s “A Piece of Your Mind” has shared a sneak peek of the sweet romance between its two leads!

In the last broadcast, Ha Won honestly conveyed his feelings to Han Seo Woo. He declared that he would stay by her side, and when she said she liked the feel of the new blanket, he said, “Come whenever you want a good night’s sleep.” Now, the attention is focused on the full-fledged romance between the two main leads.

In newly released stills from the drama’s upcoming episode, Ha Won and Han Seo Woo are spending time as a couple. They’re holding hands, and she is gently leaning her head on his shoulder. Their faces are lit up with tender smiles, and their eyes are full of love and warmth. This further amplifies expectations for the romance between Ha Won and Han Seo Woo. 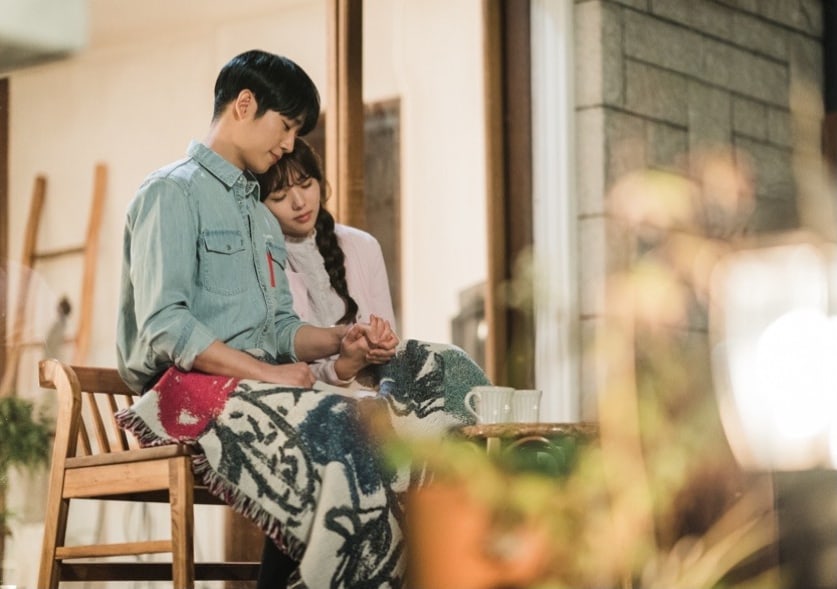 The production crew remarked, “The romance between Ha Won and Han Seo Woo, who confirmed each other’s feelings, will begin in earnest today (April 20), igniting viewers’ desire for love. Please keep an eye on the love story that the two will portray.”