Part-time employee Han Kang Bae knows that friendliness matters in business, but he tries to avoid direct customer touch as much as possible. This is because each person he touches reveals their secrets, such as problems with their children or significant other. Sometimes, ignorance is bliss, but he will no longer be able to do that as he works under the ill-tempered Wol Joo.

The newly released stills show Han Kang Bae working at the market with a friendly smile on his face. However, when he gets off work, he gets tipsy at Wol Joo’s pojangmacha and vents his frustrations. The ones who are expected to come to his rescue are Wol Joo and former afterlife detective Chief Gwi. 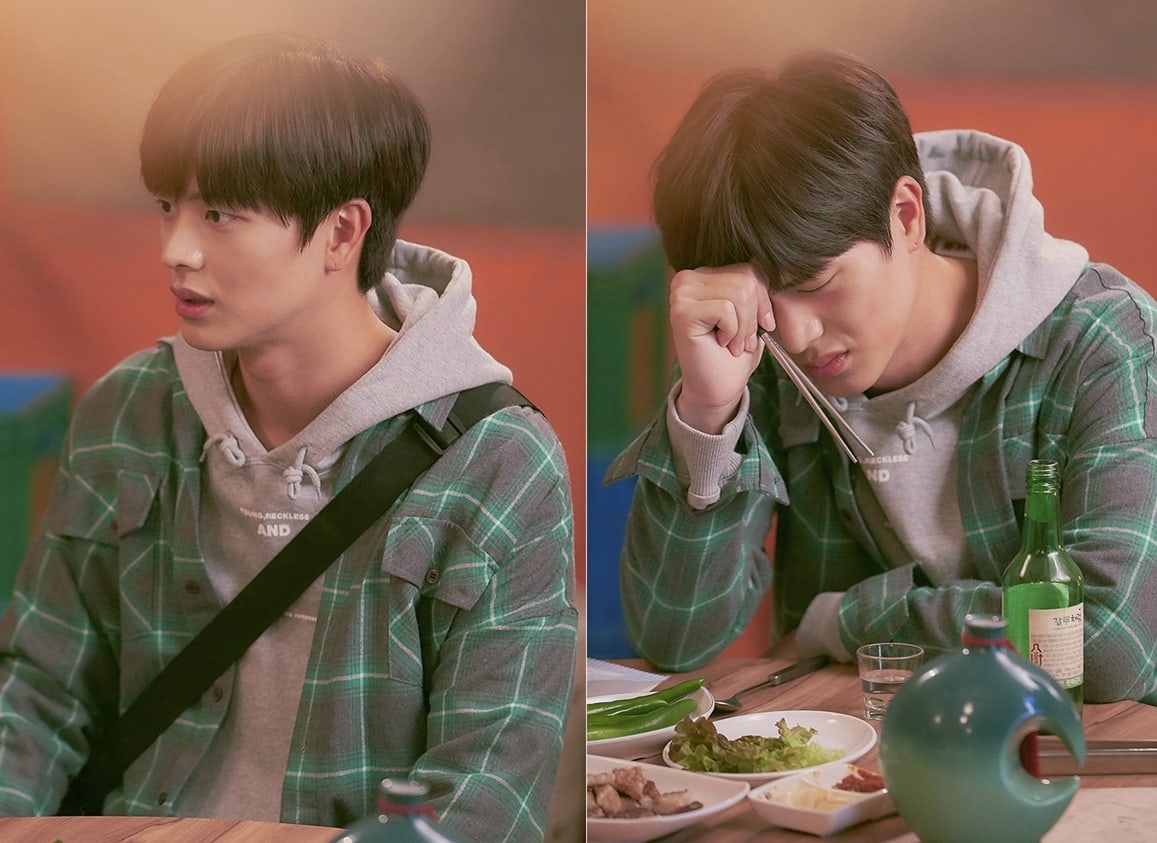 The key questions surrounding Han Kang Bae are why people share their innermost thoughts when he touches them and how his unique ability will be used at the pojangmacha.

The production team asked for viewers to look forward to Yook Sungjae’s acting, saying, “Pure and kind Han Kang Bae is the vitality and vitamin of ‘Mystic Pop-Up Bar.’ Despite the fact that he suffered from his unique ability, he will work hard as a part-timer at the pojangmacha. We think he will be a character who makes you want to share your concerns with him.”