As the drama is coming to an end, JTBC gave a glimpse of the emotional moments the two lead characters will experience in the upcoming episode.

In episode 14, Shim Myung Yeo (Moon Jung Hee) finally revealed the truth about who really killed Mok Hae Won’s father Mok Joo Hong (Seo Tae Hwa). Mok Hae Won was devastated that her family had kept this fact from her, and Im Eun Seob raced to her side without hesitating to comfort her broken heart.

Amid the unpredictable relationship between Mok Hae Won and Im Eun Seob, the drama released new stills showing their emotional hugs. Despite the nice weather, the two are locked in a heart-wrenching embrace, and Mok Hae Won’s expression is filled with sadness.

The second hug takes place at the old house that Im Eun Seob swore he would never go to without his mother’s permission. This time, it’s Mok Hae Won who is embracing Im Eun Seob first. His dark expression is filled with deep solitude, and it is likely connected to Mok Hae Won saying, “I’m going to leave. Spring has come.” 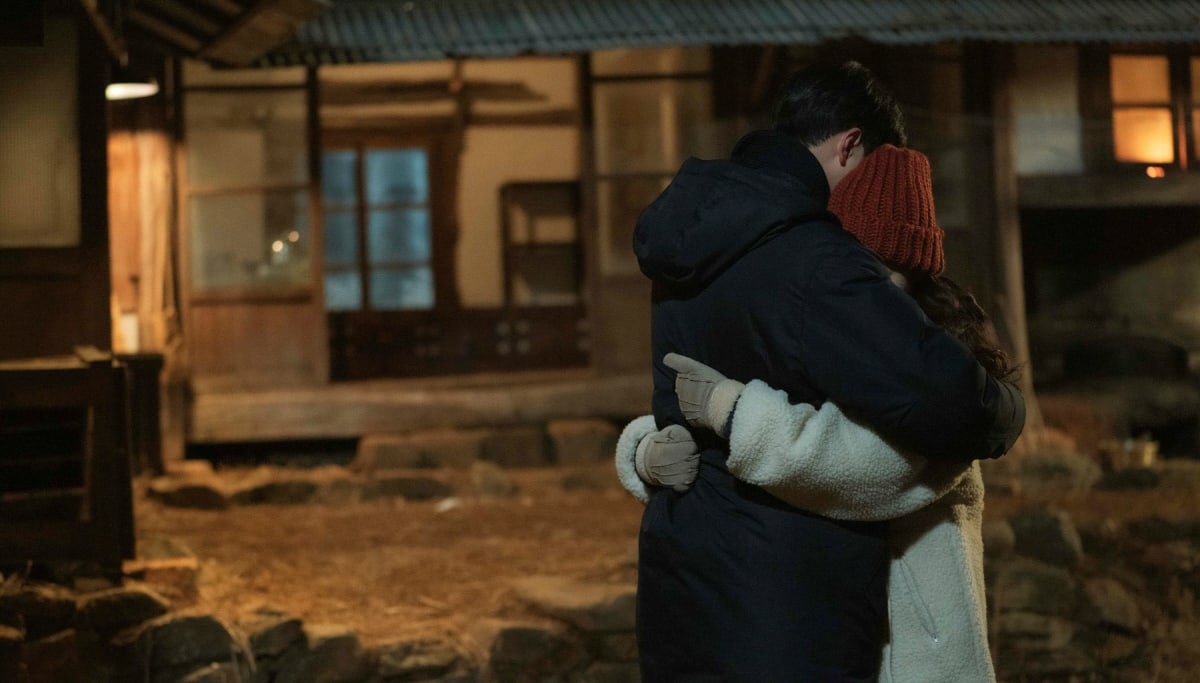 The production crew shared, “Spring has come to the town of Buk Hyeon. Like a tree that sprouts new leaves under the spring energy, will Mok Hae Won and Im Eun Seob be able to make a start fresh with the spring energy? Watch until the end to see the meaning and emotions behind their tearful hugs.”