The production team behind “The King: Eternal Monarch” has apologized and will be making changes to the drama following criticism over the show including architecture seemingly influenced by Japanese temples.

The much-anticipated SBS fantasy romance drama premiered on April 17 with record-breaking ratings for its timeslot on the network and has now aired two episodes. Its story features two parallel universes: one with a democracy that is similar to modern-day Korea and one that is an alternative universe in which Korea is an empire ruled by a monarch. Emperor Lee Gon (Lee Min Ho) and detective Jung Tae Eul (Kim Go Eun) work together to protect the ones they love and close the portal between the two worlds.

A controversy erupted online following its initial episodes as people noted that the fictional world of the Korean Empire depicted in the title video for the show appeared to use images of buildings that are similar to Japanese temples. One of these is a building in the Japanese temple complex Tōdai-ji, which many people speculated was an influence for the design of the drama’s royal palace. Another building that was suspected to have inspired a building in the title video is a five-story pagoda in Japan’s temple of Kōfuku-ji. 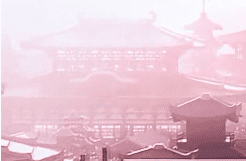 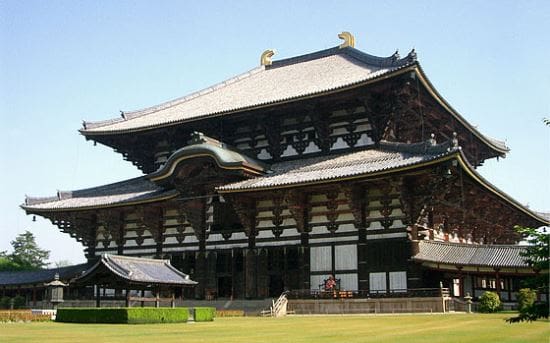 A building in the Tōdai-ji temple complex, Japan.

Some viewers also saw similarities between the Imperial Seal for the fictional Korean Empire and the real Imperial Seal of Japan. 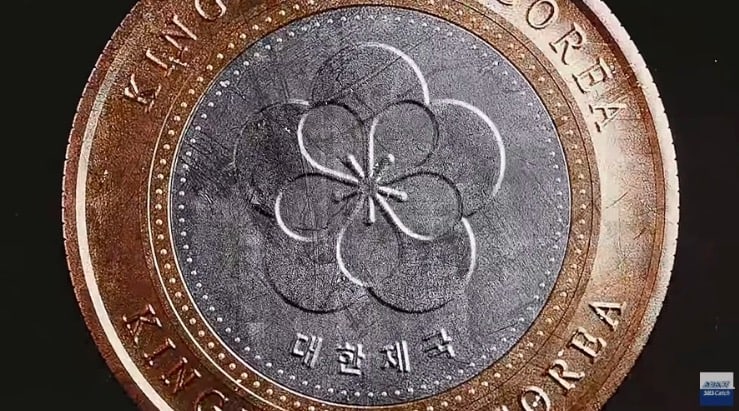 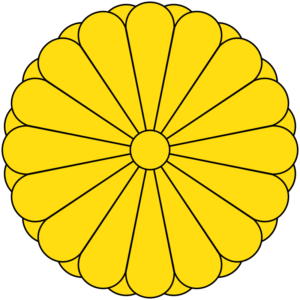 The Imperial Seal of Japan.

This matter goes beyond concerns of plagiarism as Korea and Japan have a long history of historical conflict, going back to at least the seventh century. Modern-day negative sentiments about the country are often tied to Japan making Korea its imperial colony in 1910, which led to further issues such as Japan’s use of Koreans as forced laborers and “comfort women” (sexual slaves) during World War II. A recent trade dispute between the two countries has also heightened animosity between the nations. Apparent depictions of even a fictional Korean history that appears to have been influenced by Japanese tradition has therefore become a controversy.

On April 20, “The King: Eternal Monarch” issued the following statement:

We are conveying Hwa & Dam Pictures’s statement regarding the current controversial issue.

First, we will address the imperial seal of the Korean Empire. In order to represent a constitutional monarchy in which the National Assembly or Executive Branch is centered around the imperial family, we created the Korean Empire’s imperial seal with a ‘double plum flower’ design in which a flower is enfolded by another flower. It’s completely unrelated to the Imperial Seal of Japan.

We will address the production of the title video. First, in the case of the wooden pagoda, we used the Baekje five-story wooden pagoda, which is on display the Baekje History Reproduction Complex, as a base. We hoped that we would not cause misunderstandings through designing a fictional wooden building by recreating a wooden pagoda that is seen in historical records.

However, in the case of the two-story wooden pagoda, we used features of Korean Buddhist temples and Chinese royal palaces as the base to make a fictional wooden pagoda, and we have verified that some features of a Japanese temple were used in the process. It was clearly our mistake, no matter the reason for it, for us to have not paid close attention to every detail in the process of designing the fictional world of the Korean Empire, and we sincerely apologize.

The production team will immediately correct this, and we will make sure that you feel no discomfort when watching the show from episode 3 onwards. We will also correct this in the reruns and video-on-demand services for episodes that have already aired.

We once again apologize, and we will try our best to make a high-quality drama.

The King: Eternal Monarch
How does this article make you feel?