On April 21, Rain’s agency, Rain Company, and its partner, Sublime Artist Agency, released a statement about a case of social media account impersonation.

On April 17, a YouTube channel calling itself “LET IT 비” uploaded two videos, one about exercising at home and one about opening a YouTube channel. At time of writing, these videos have garnered 45,000 and 51,000 views respectively.

This is Sublime Artist Agency.

We recently confirmed that Rain’s video content, “LET IT 비,” has been uploaded to an account of the same name that is claiming to be an official channel.

This YouTube channel “LET IT 비” has nothing to do with Rain (Jung Ji Hoon) or the agency.

Moreover, we politely request that the channel operator delete the videos and deactivate the channel, which has deliberately caused confusion among fans.

At the end of the statement, the agency included a list of the real official channels on which “LET IT 비” can be found. 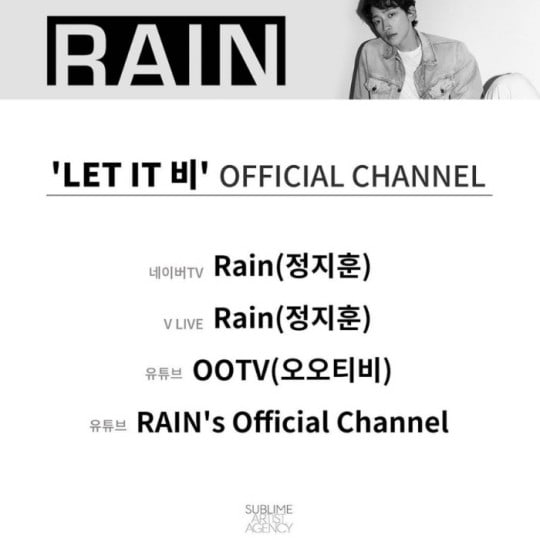