GOT7 Discusses Comeback Concepts, Celebrity Friends, Other Idol Songs That Caught Their Eye, And More

On April 22, GOT7 guested on the radio program “Kim Shin Young’s Hope Song at Noon.”

The group recently released their new mini album “DYE” along with the title track “NOT BY THE MOON,” which JYP Entertainment founder Park Jin Young participated in writing. The DJ Kim Shin Young mentioned that the agency’s title tracks are chosen through blind testing, which means they are voted on without the songwriters being revealed, and the GOT7 members confirmed this.

Youngjae shared, “I did not know at all that it is Park Jin Young’s song. I realized after seeing his name on the track list.” JB added, “There are many cases when he sings the guide himself, but a guide singer sang it this time, so we really did not know at all.”

On how they choose their comeback concepts, Youngjae and Yugyeom revealed, “The company suggests a concept idea to us and asks what we think. We then discuss any changes that should be made, the direction, and the song concept together.” 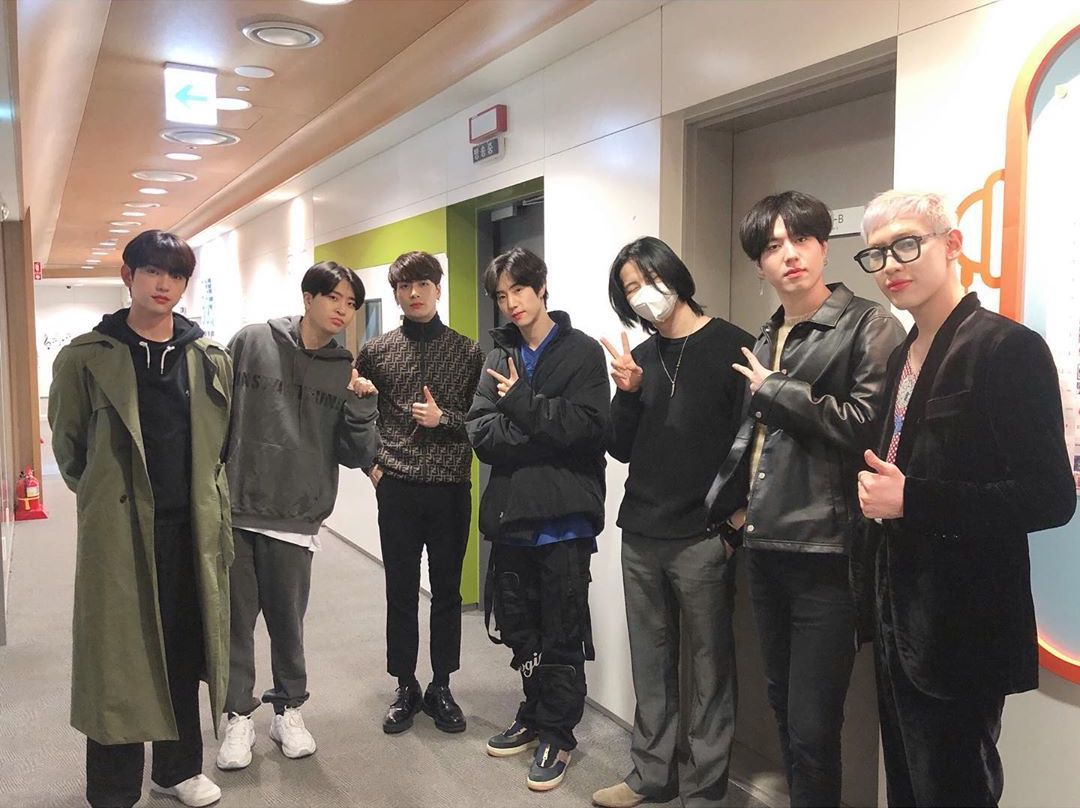 It was brought up that GOT7 is already in their seventh year as a group, and they were asked when it hits them that they have been promoting for so long. The members mentioned that at music shows, they now use waiting rooms backstage that are assigned exclusively to more senior artists.

In response to a question on what he thinks while seeing their junior artists like Stray Kids and ITZY, Yugyeom answered, “It makes me think a lot that time passes by so quickly. I also often think that we must work harder to become a group that they aspire to be like.”

On junior idols they are close with, Yugyeom mentioned Stray Kids, while Mark named The Boyz members Sangyeon and Eric. BamBam said that he has known (G)I-DLE’s Minnie since they were trainees as they are both from Thailand.

Youngjae shared that rather than idols, he tends to be friends with other musicians more like SORAN’s Go Young Bae. 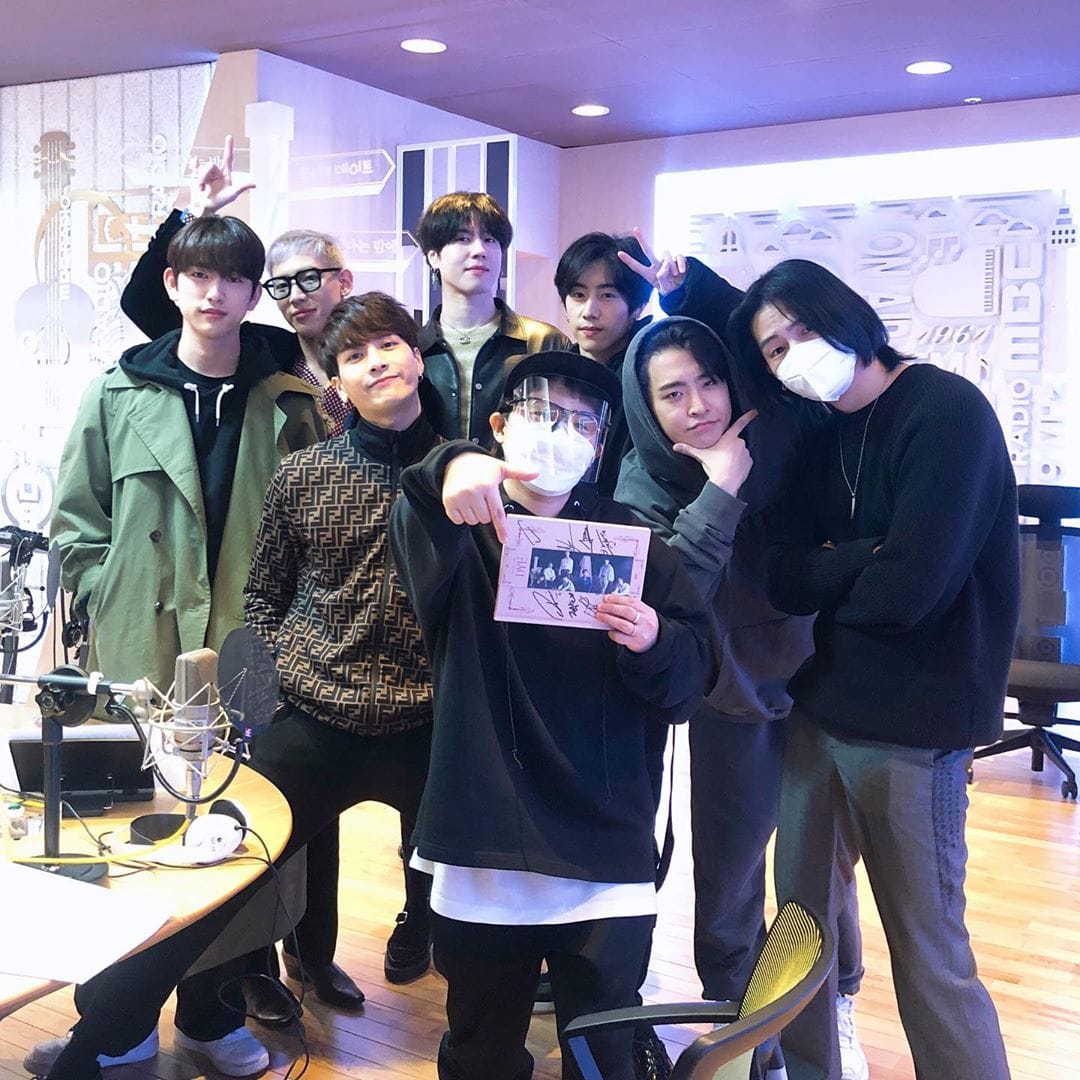 Jinyoung was then asked, “Which song by another idol group do you wish your group could’ve tried?” and he carefully chose 2PM’s “Go Crazy,” explaining, “I think GOT7 does well with fun concepts.” Jackson then joked, “You played it safe by choosing a song by our agency seniors,” and BamBam encouraged him to choose another song, commenting, “This would be a compliment to that group.”

Jinyoung then responded, “I think NCT and their song ‘BOSS’ are really awesome. It would have a different kind of color if GOT7 tried it.” 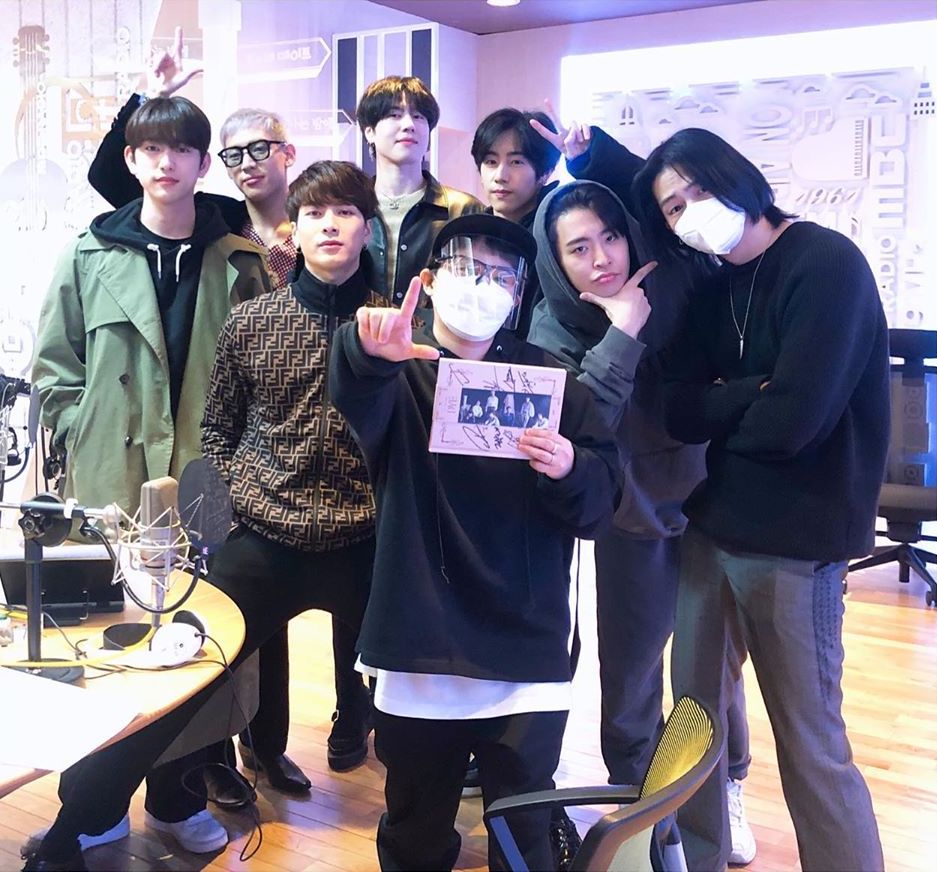 GOT7 is set to kick off music show promotions for their comeback through “M Countdown” on April 23. Check out their music video for “NOT BY THE MOON” here!