tvN’s upcoming drama “When My Love Blooms” has shared a new glimpse of GOT7’s Jinyoung and Jeon So Nee’s romantic love story!

“When My Love Blooms” is a new drama about the story of Han Jae Hyun and Yoon Ji Soo, who become each other’s first loves in college despite seemingly coming from different worlds. Many years later, after their lives have changed completely, they unexpectedly cross paths once again.

Jinyoung and Jeon So Nee will play the characters during their younger years in the 1990s, while Yoo Ji Tae and Lee Bo Young will take over the roles once the characters reunite in their forties, in the present day.

Han Jae Hyun is a law major who is passionate about justice and deeply troubled by the societal problems of the day, while Yoon Ji Soo is a piano major who grew up in a wealthy family. Initially, the two college students appear to have nothing in common whatsoever—but in spite of his frosty personality, Han Jae Hyun ends up uncharacteristically letting Yoon Ji Soo in as they bond over their unexpected commonalities.

On April 23, the upcoming drama unveiled a sneak peek of a moment in which Han Jae Hyun and Yoon Ji Soo’s relationship reaches a turning point. While they still seem slightly awkward around one another, the two students find themselves growing closer as they spend time together at night. Sitting on the sofa of a meeting room for a college club, both Han Jae Hyun and Yoon Ji Soo appear to be focusing intensely on whatever is playing on the screen before them. 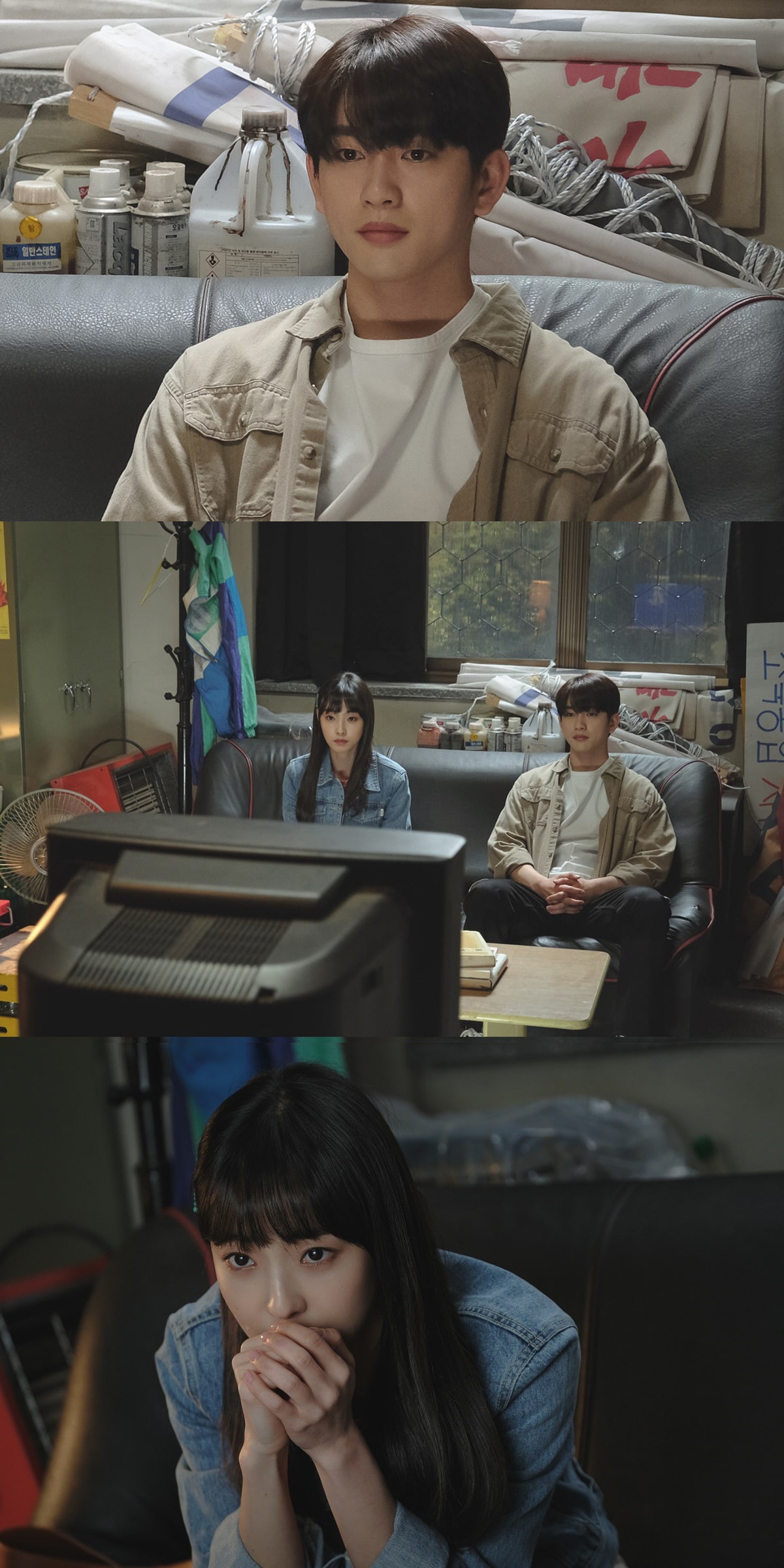 To find out what brings these two wildly different people together, tune in to the premiere of “When My Love Blooms”—which will be available with English subtitles on Viki—on April 25 at 9 p.m. KST!

In the meantime, check out the latest teaser for the drama below:

GOT7
Jinyoung (GOT7)
Jeon So Nee
When My Love Blooms
How does this article make you feel?