Watch: Oh My Girl’s Arin, Kwon Hyun Bin, And More Navigate The Ups And Downs Of High School In “The World of My 17” Teaser + Posters

The web drama remake of popular webtoon “The World of My 17” has dropped a teaser, main poster, as well as character posters!

“The World of My 17” tells the heartfelt story of friendship and growth in high school, where friends make up the entirety of one’s world. The web drama will translate this realistic story of 17-year-old students through short but impactful 15-minute episodes.

The producers of “The World of My 17” shared, “Since the actors were so expressive, it was difficult to capture it all in one poster. As the individuality of each character is so concrete, we believe the viewers will also find them charming. Please look forward to the premiere.” 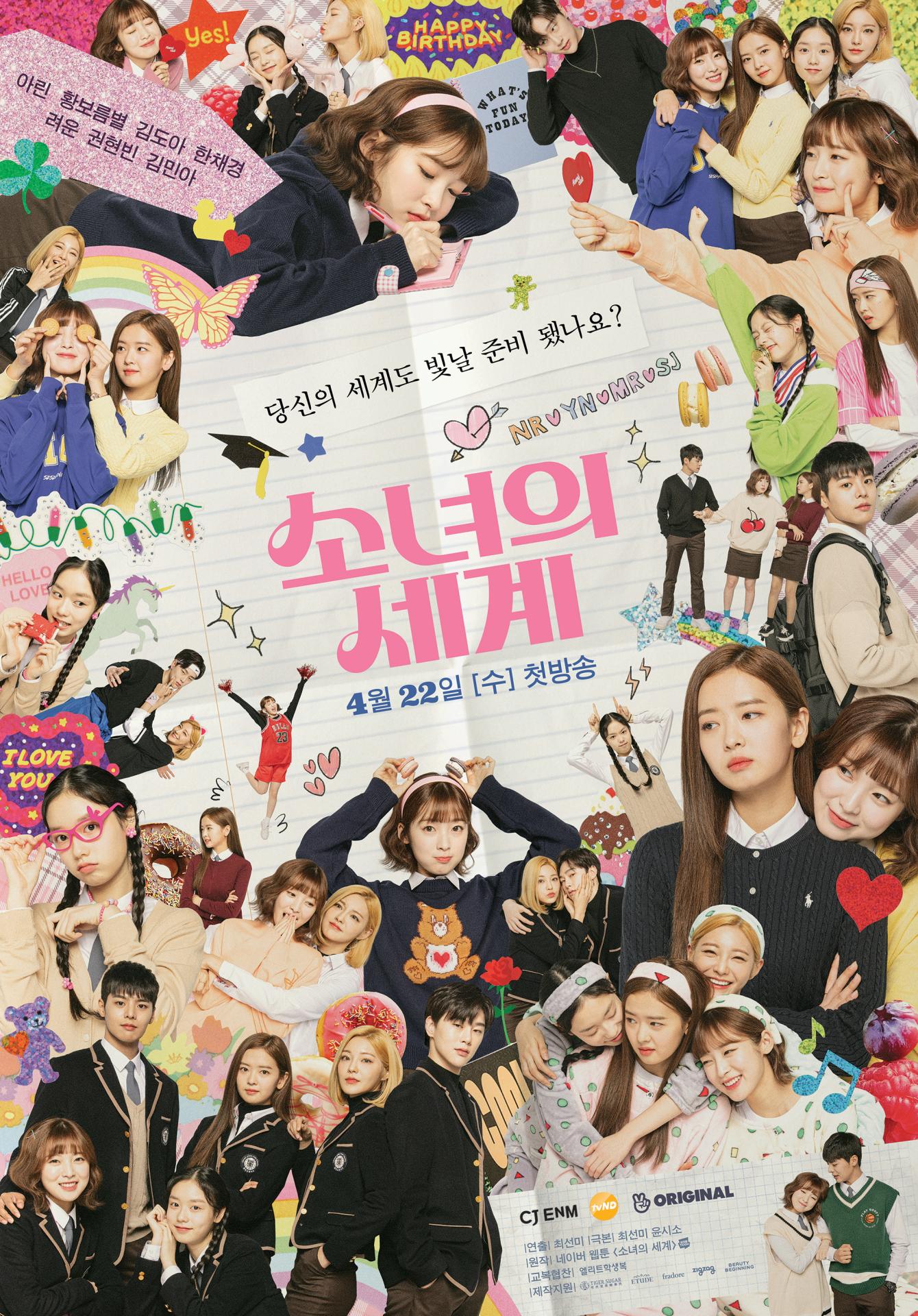 The actors continued to show off their unique charms in each of their character posters, including some photos showing the close resemblance between the actor and webtoon character!

Oh My Girl’s Arin stars as Oh Na Ri, who dreams of a regular school life. 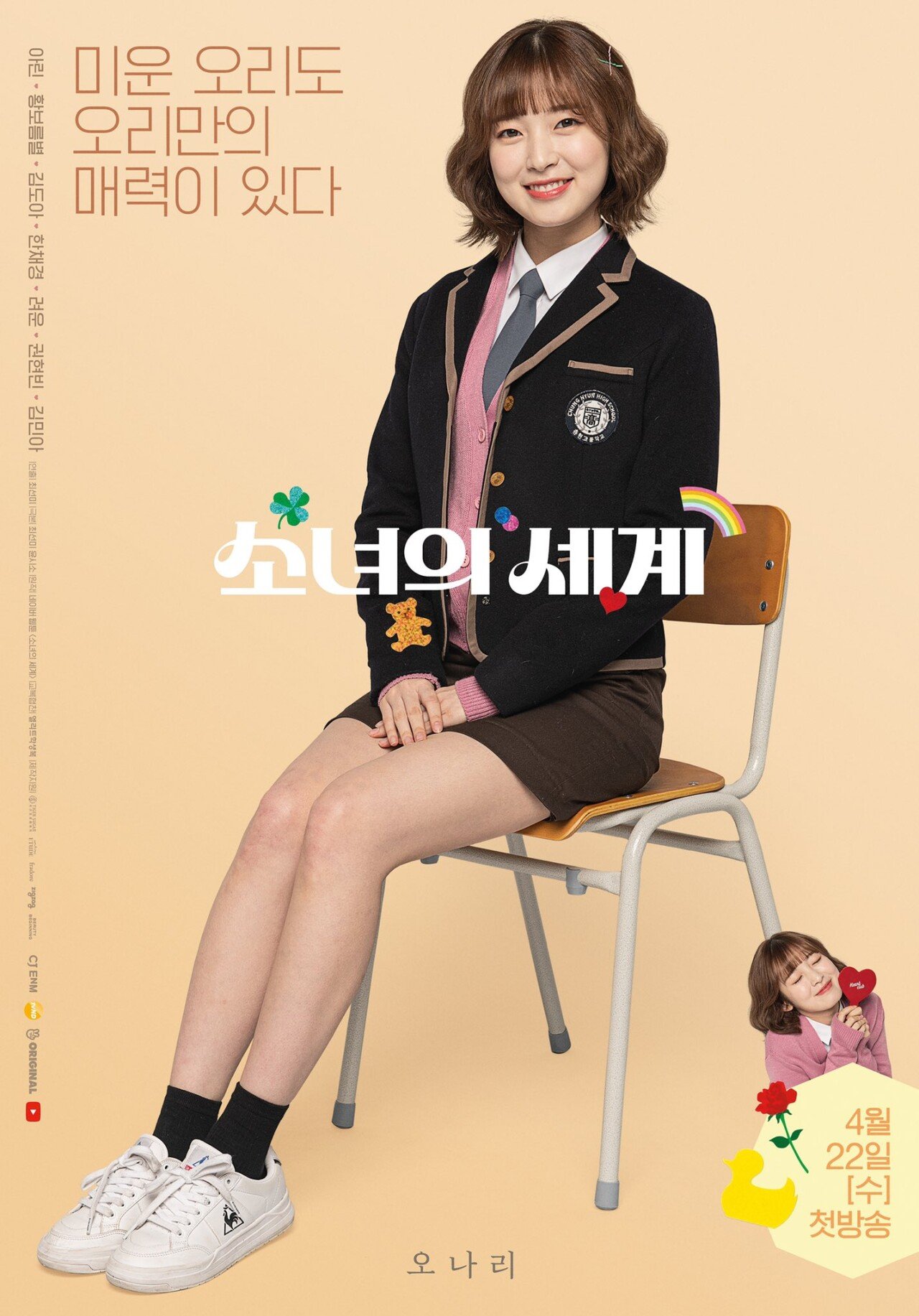 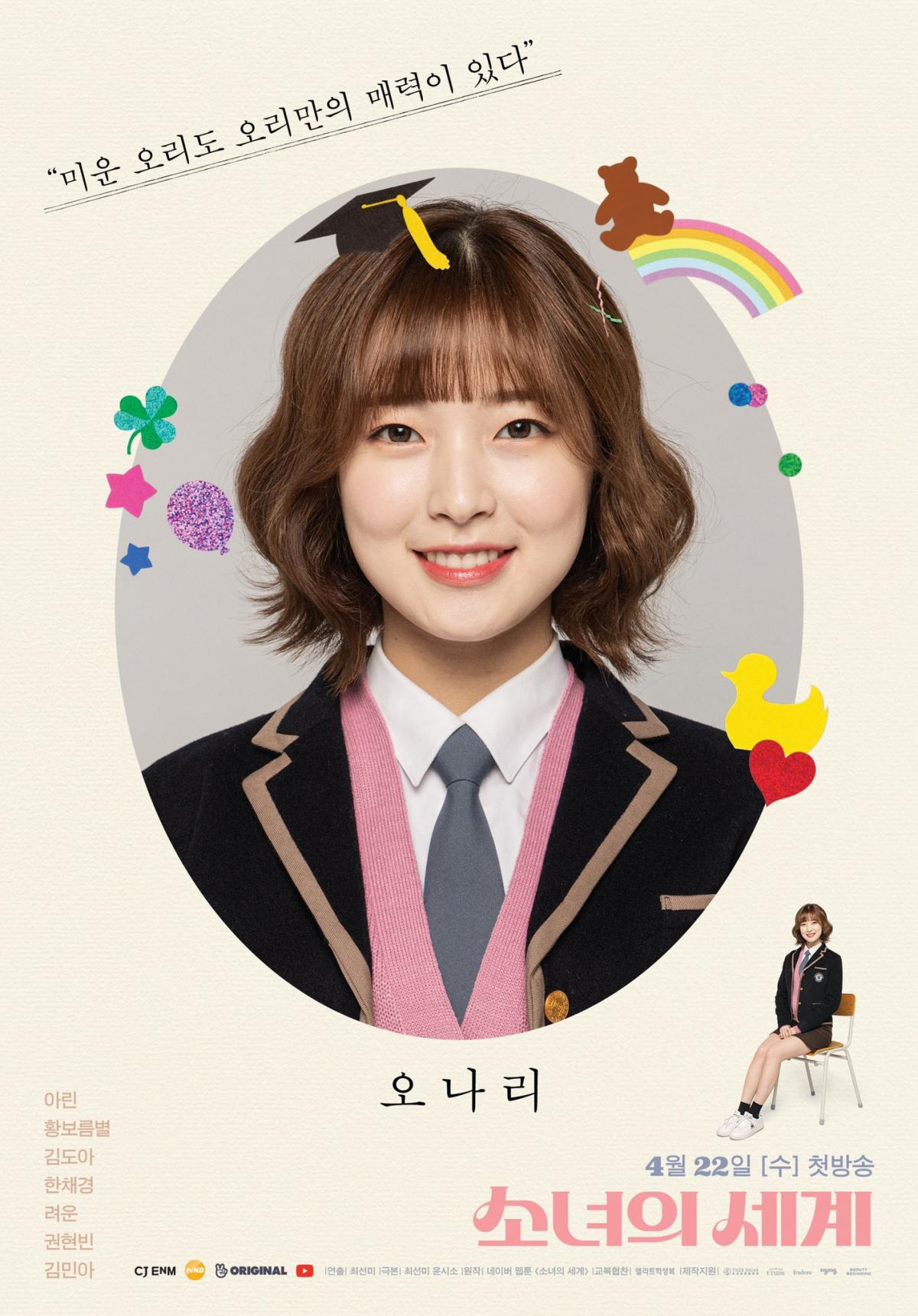 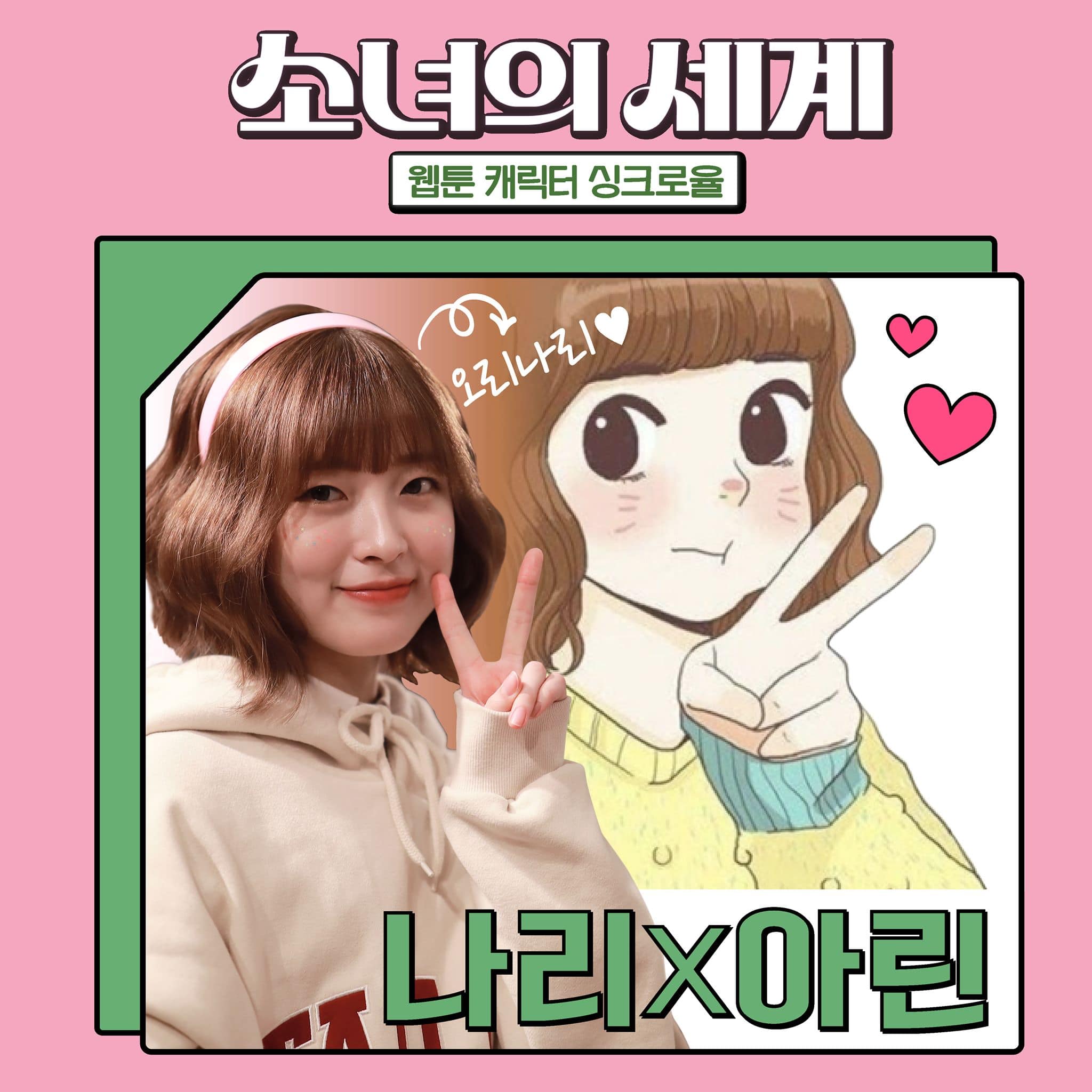 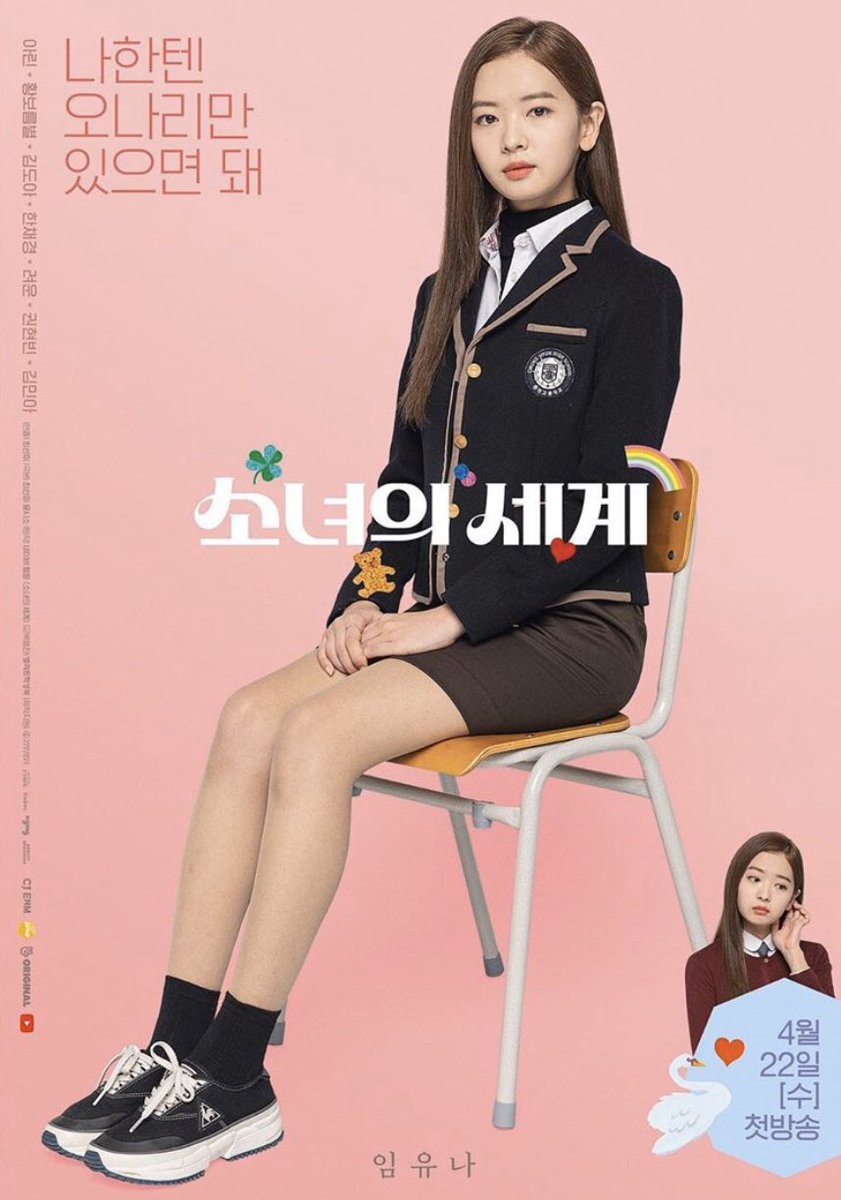 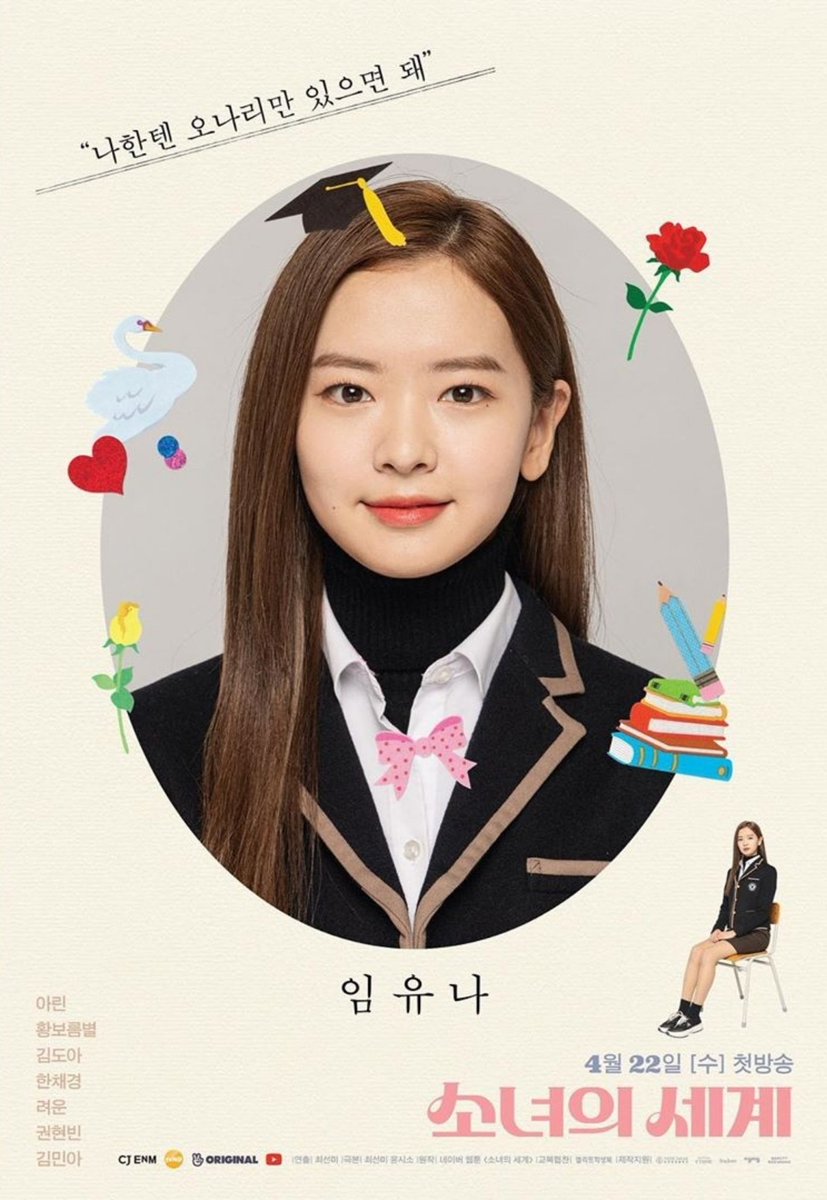 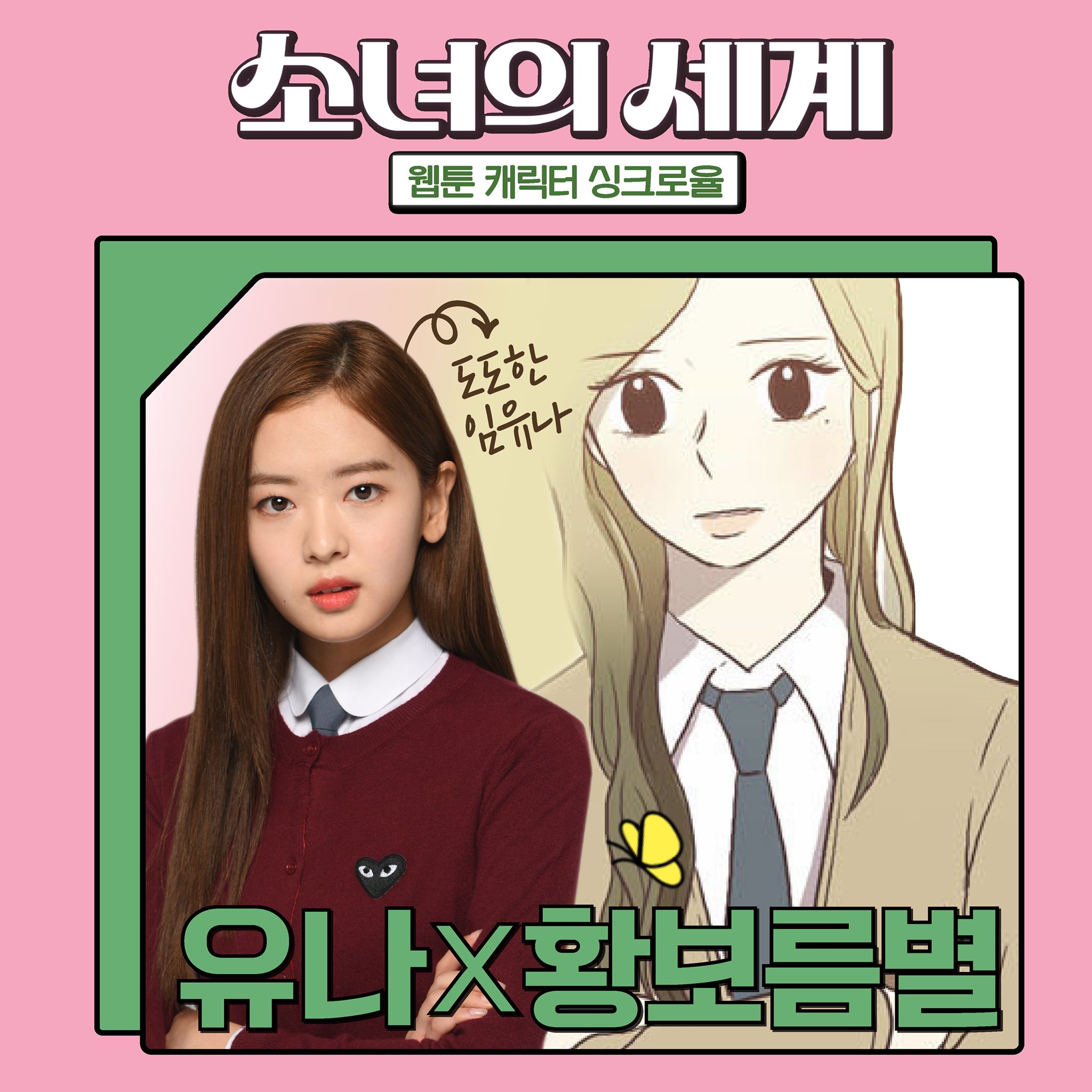 Han Chae Kyung will portray idol trainee Seo Mi Rae, who is popular among the students. 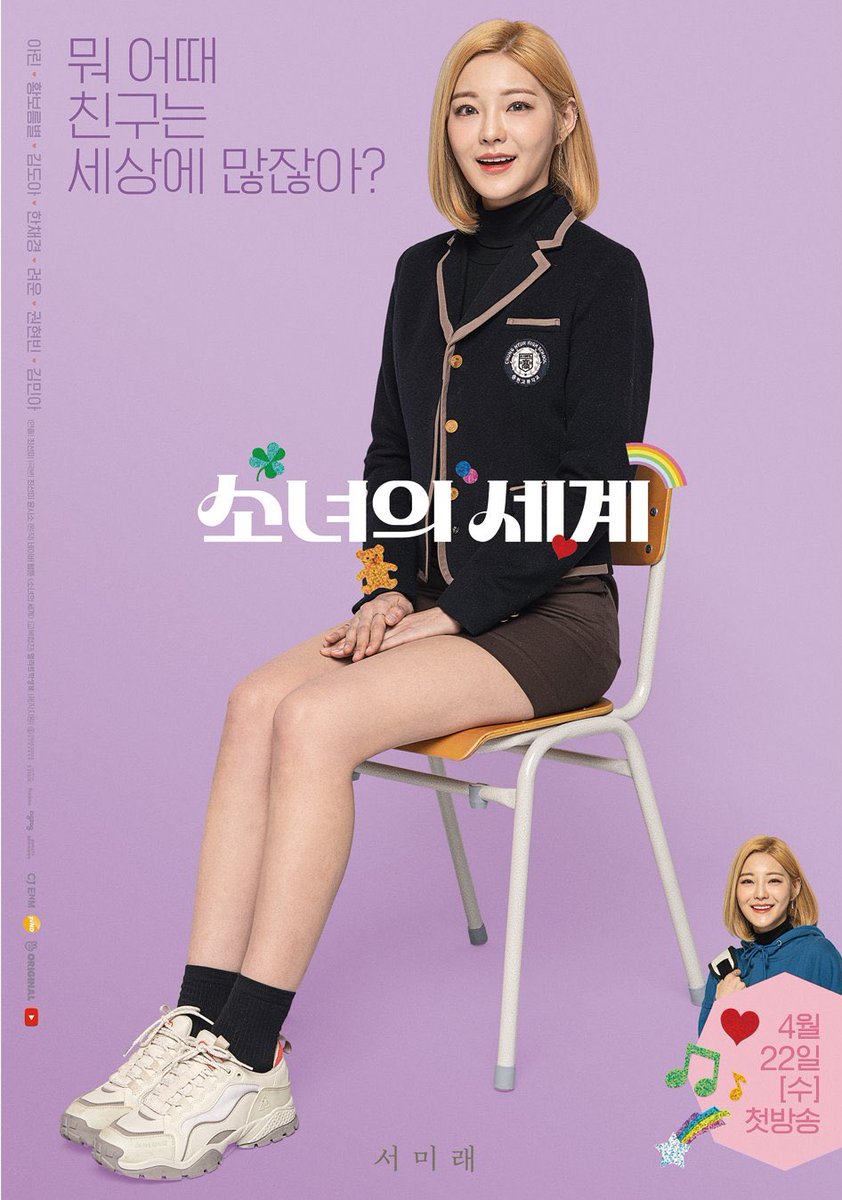 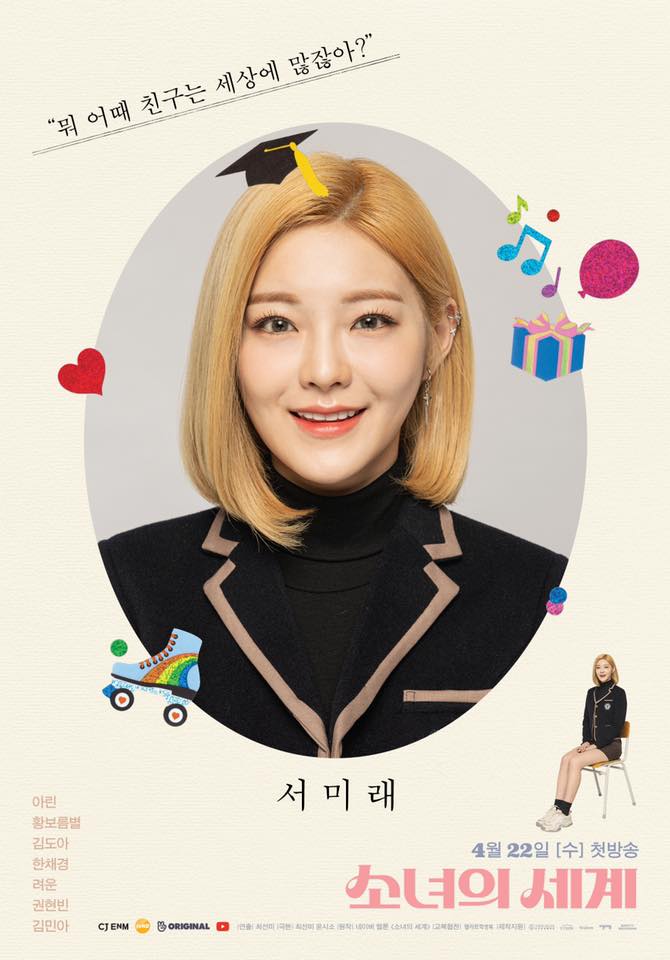 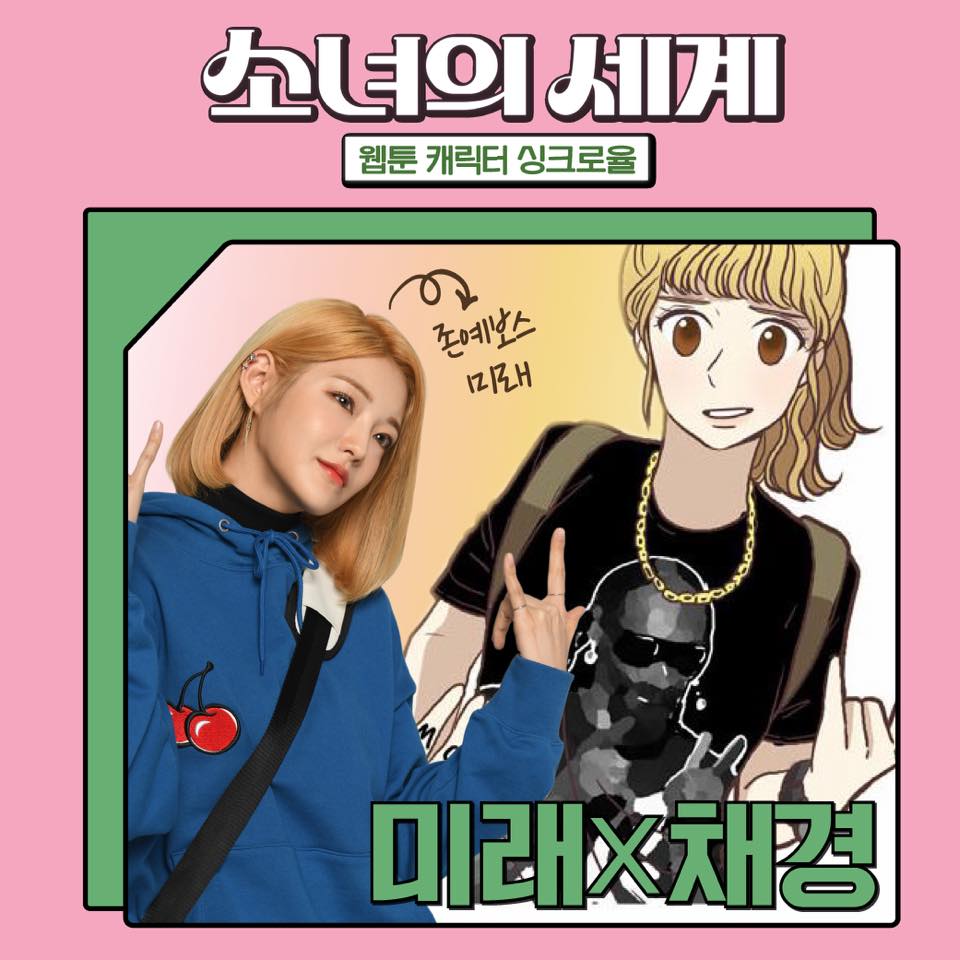 FANATICS’s Do Ah will play Im Sun Ji, who appears very innocent on the outside but is the first to stand up for Oh Na Ri when she faces trouble. 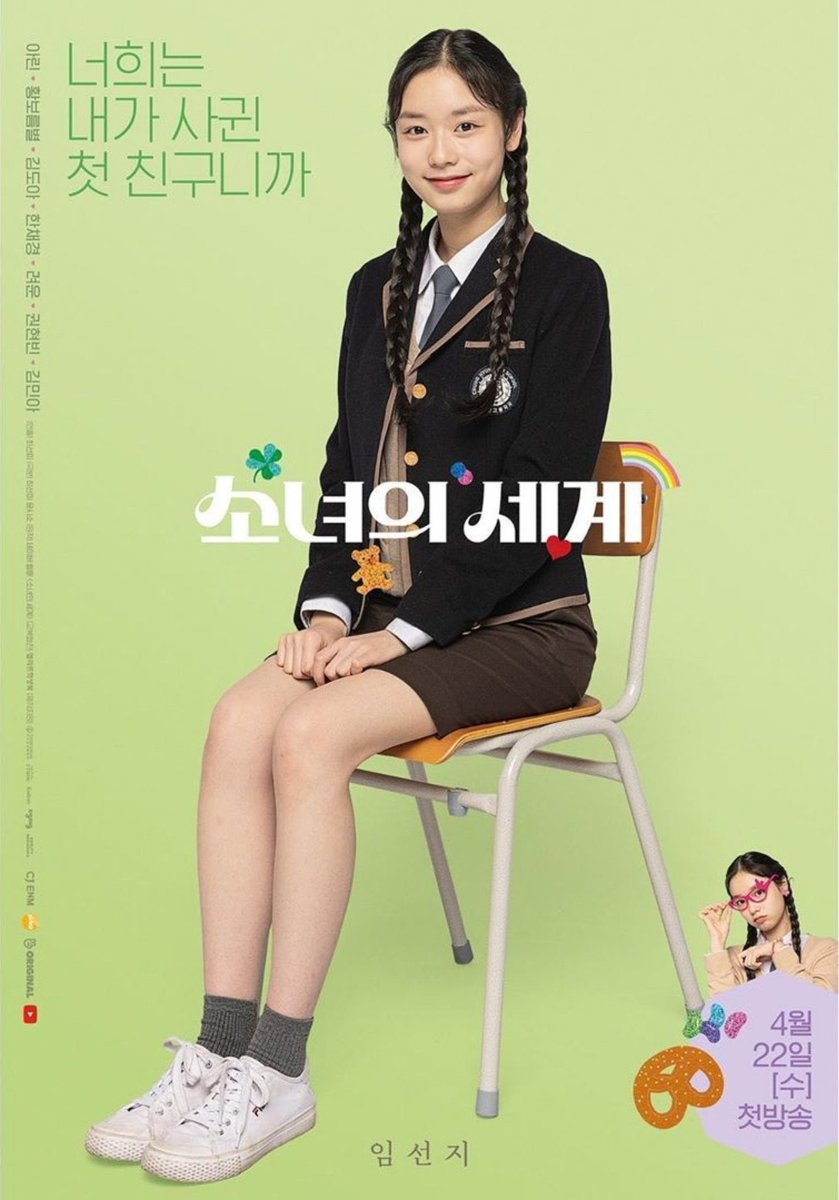 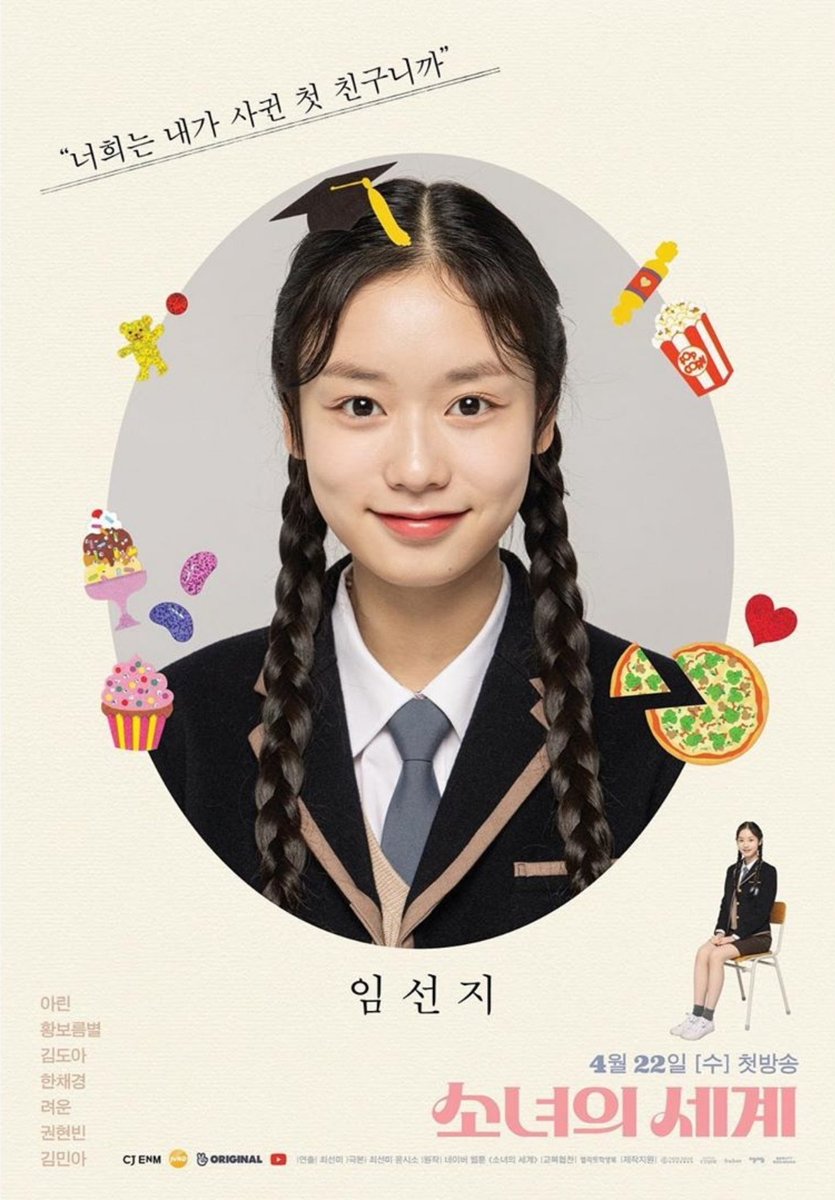 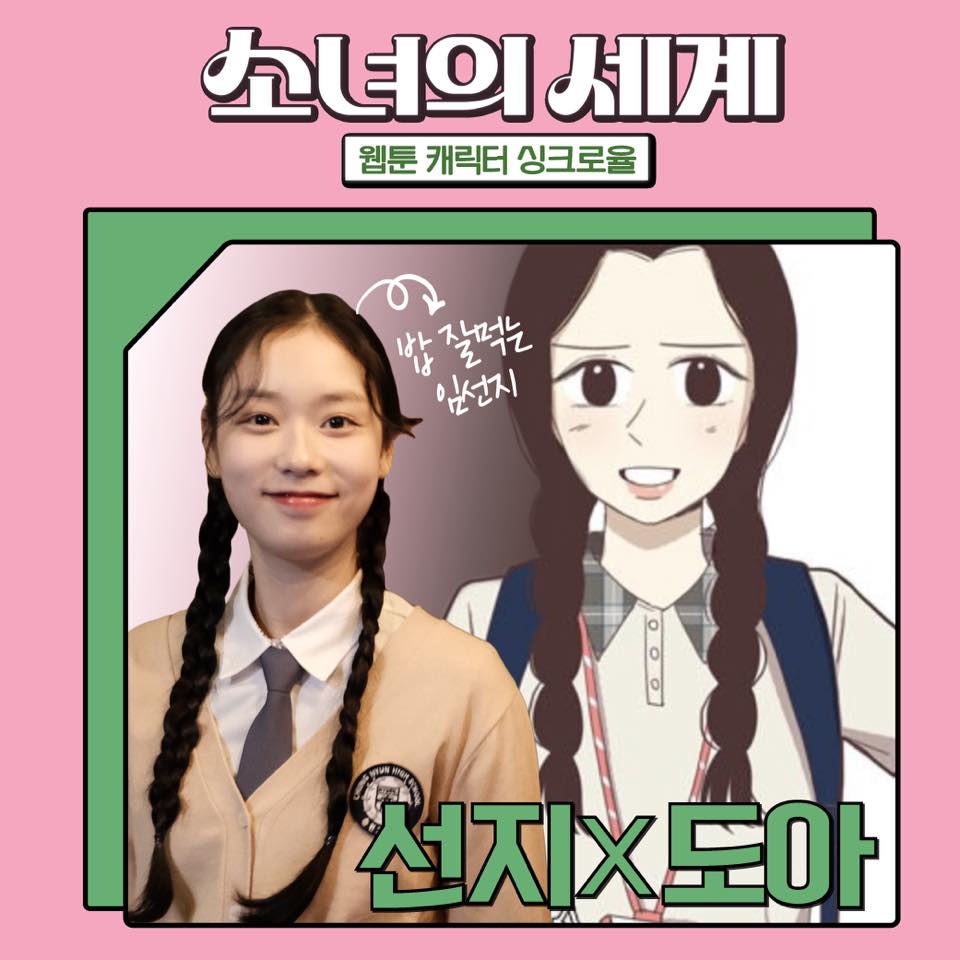 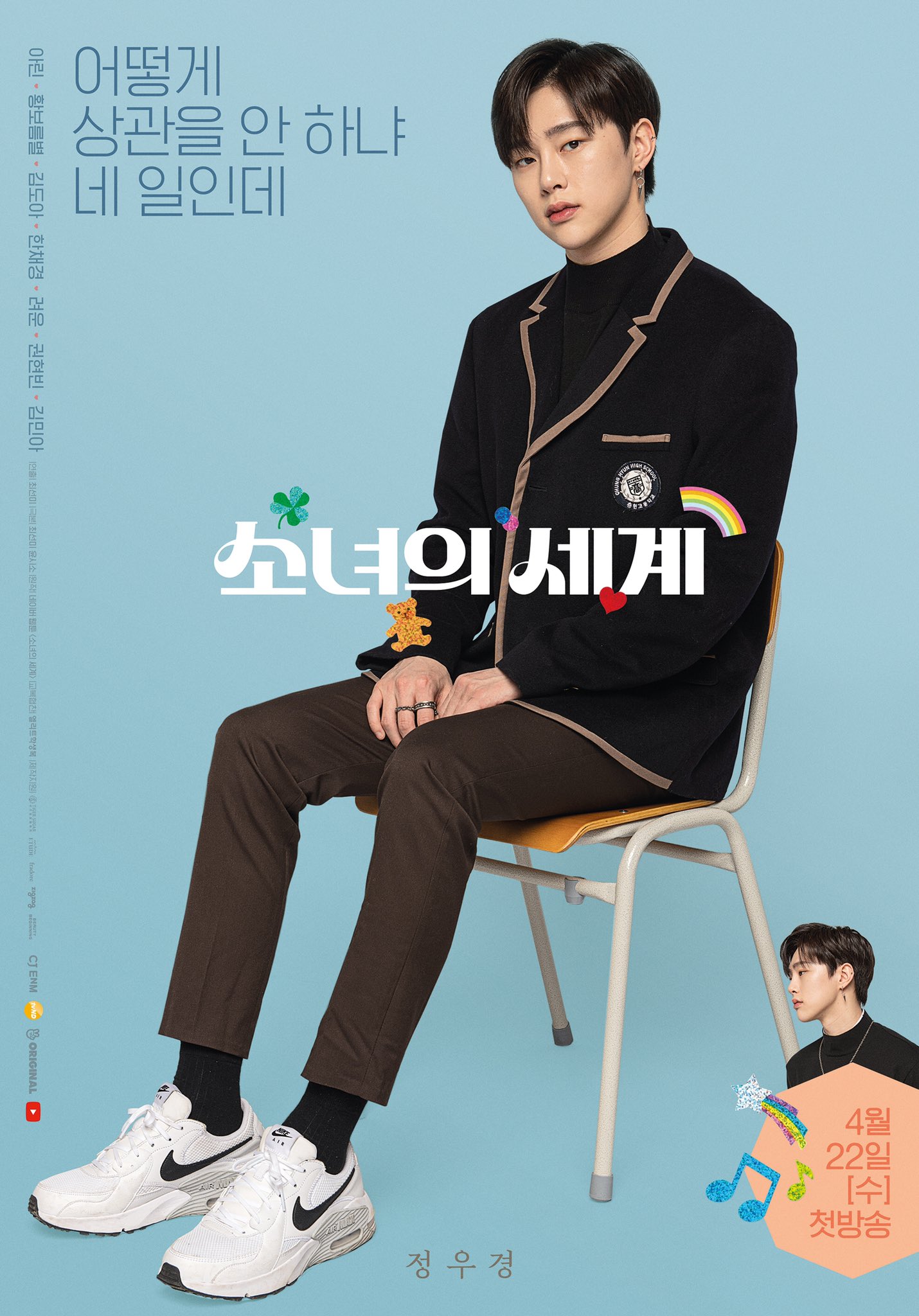 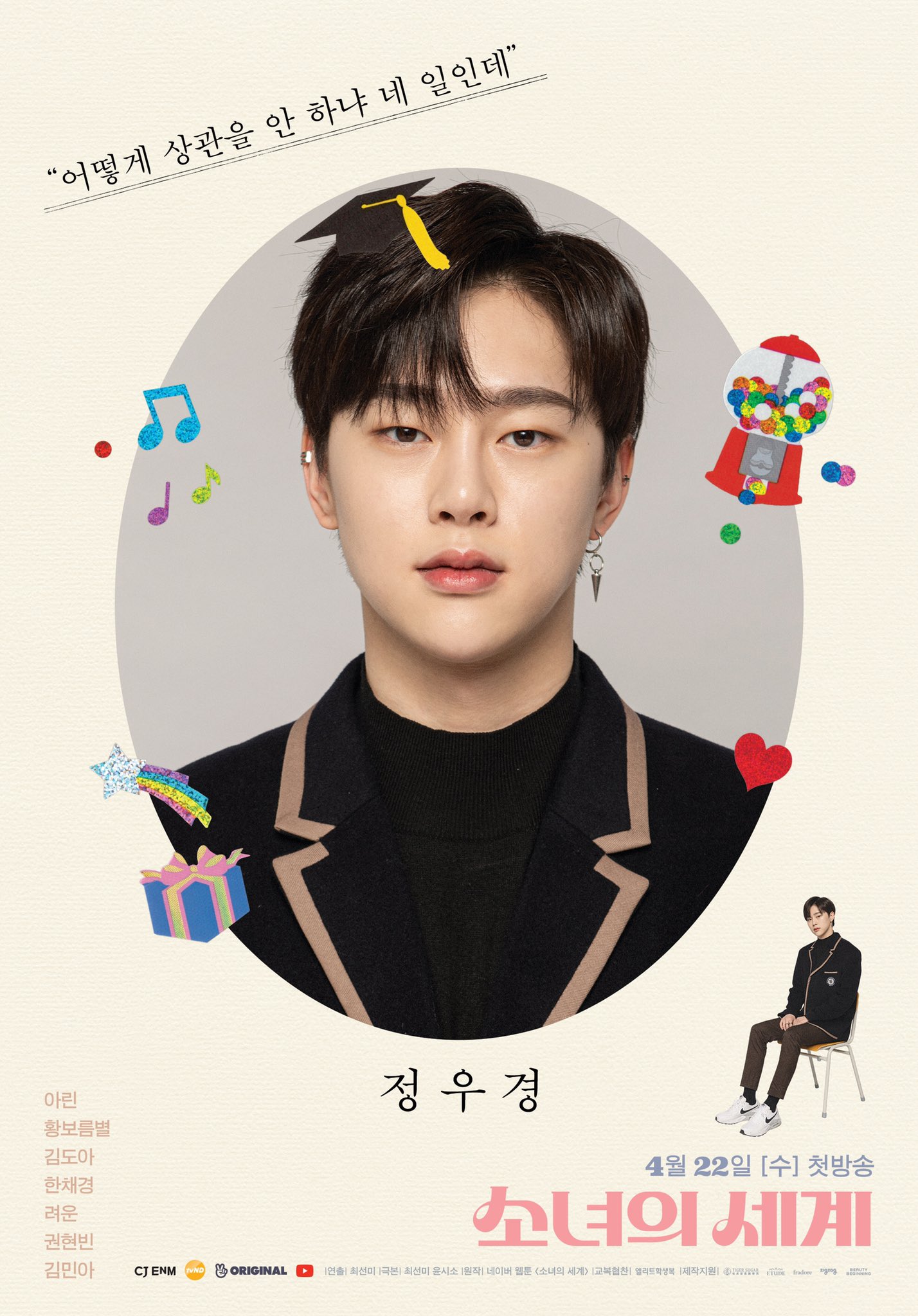 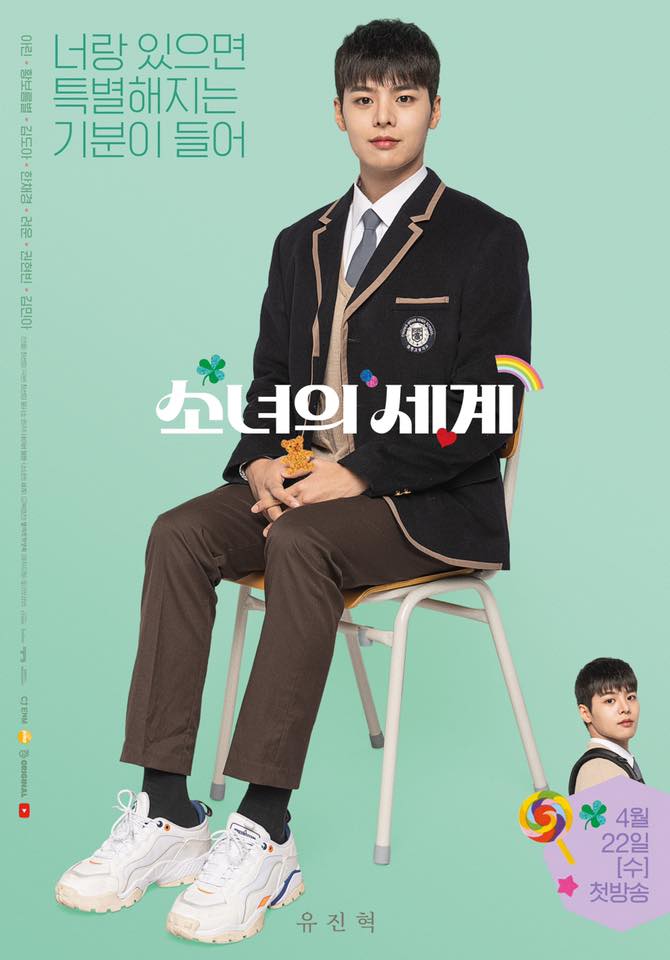 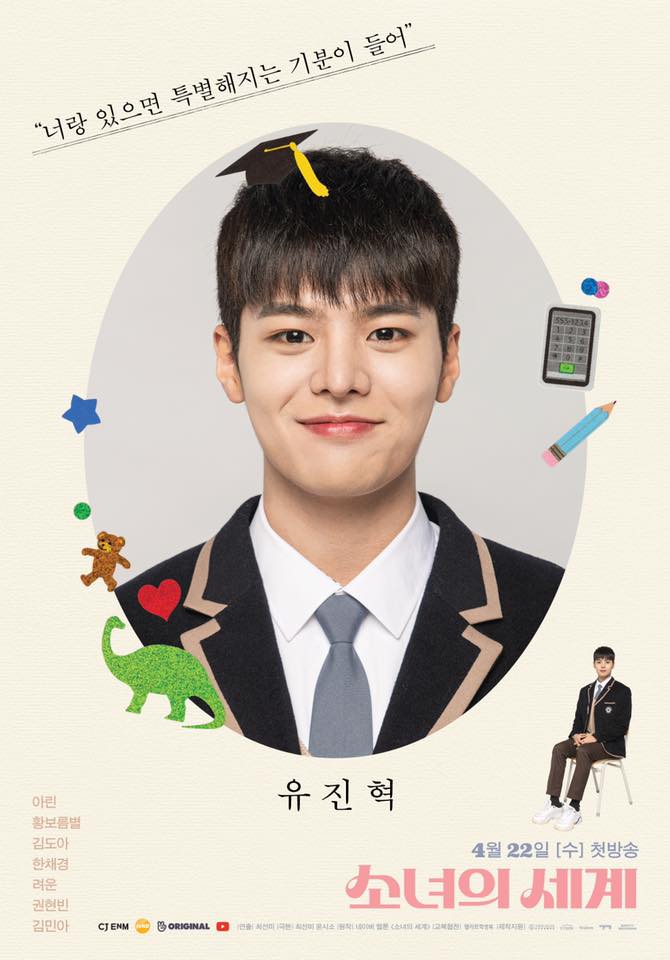 The teaser begins with Oh Na Ri’s first day of high school. She exclaims, “To be honest, I was in such a good mood on my way to school. And then, I saw Im Yoo Na,” who is her ex-best friend. As the two develop a friendship with Im Sun Ji and Seo Mi Rae, Yoo Na begins to express jealousy, telling Na Ri, “Taking care of them annoys me. Your only friend is me.”

As Na Ri navigates her way through high school, she tells herself, “If I show the real version of myself, I think others will respond with sincerity. So, if there’s a friend I miss, let’s be courageous and approach them first. You never know if your world will shine brightly too.”

The producers of “The World of My 17” commented, “There’s fun in observing the individual charms of each main character and looking at their friendship and chemistry. In particular, we expect that Oh My Girl’s Arin, who is trying out short hair and acting for the first time since her debut, will catch the attention of all viewers.”

“The World of My 17” premiered on April 22 and airs every Wednesday and Friday at 7 p.m. KST on V Live and Naver TV.

Oh My Girl
Arin
Kwon Hyun Bin
Ryeo Woon
FANATICS
Hwang Bo Reum Byeol
Han Chae Kyung
Do Ah
The World of My 17
How does this article make you feel?