tvN’s upcoming drama “When My Love Blooms” has unveiled a glimpse of the tense relationship between Yoo Ji Tae, his wife, and his powerful father-in-law.

“When My Love Blooms” will tell the story of Han Jae Hyun and Yoon Ji Soo, who become each other’s first loves in college, then unexpectedly cross paths again many years later, after their lives have changed completely. GOT7’s Jinyoung and Jeon So Nee will play the characters during their younger years in the 1990s, while Yoo Ji Tae and Lee Bo Young will take over the roles once the characters reunite in their forties, in the present day.

On April 25, with just hours left until its premiere, the upcoming drama released new stills that hint at the friction between Han Jae Hyun and his family. Although the young Yoo Ji Tae was originally a passionate idealist who fought for justice and was heavily involved in student movements, he has since transformed almost unrecognizably into a cold, practical businessman who thinks only of his own gains and profits.

The new photos show the intelligent and fiercely ambitious Han Jae Hyun standing in the office of his father-in-law Jang San (played by Moon Sung Geun), who is the chairman of a large conglomerate. Jang San wears a somewhat disapproving expression on his face as Han Jae Hyun stares stoically back at him, hinting at a tense power dynamic between the two men.

Additionally, Han Jae Hyun faces a never-ending series of conflicts with his wife Han Seo Kyung (played by Park Si Yeon), who levels him with a steely gaze as she stands beside her father. 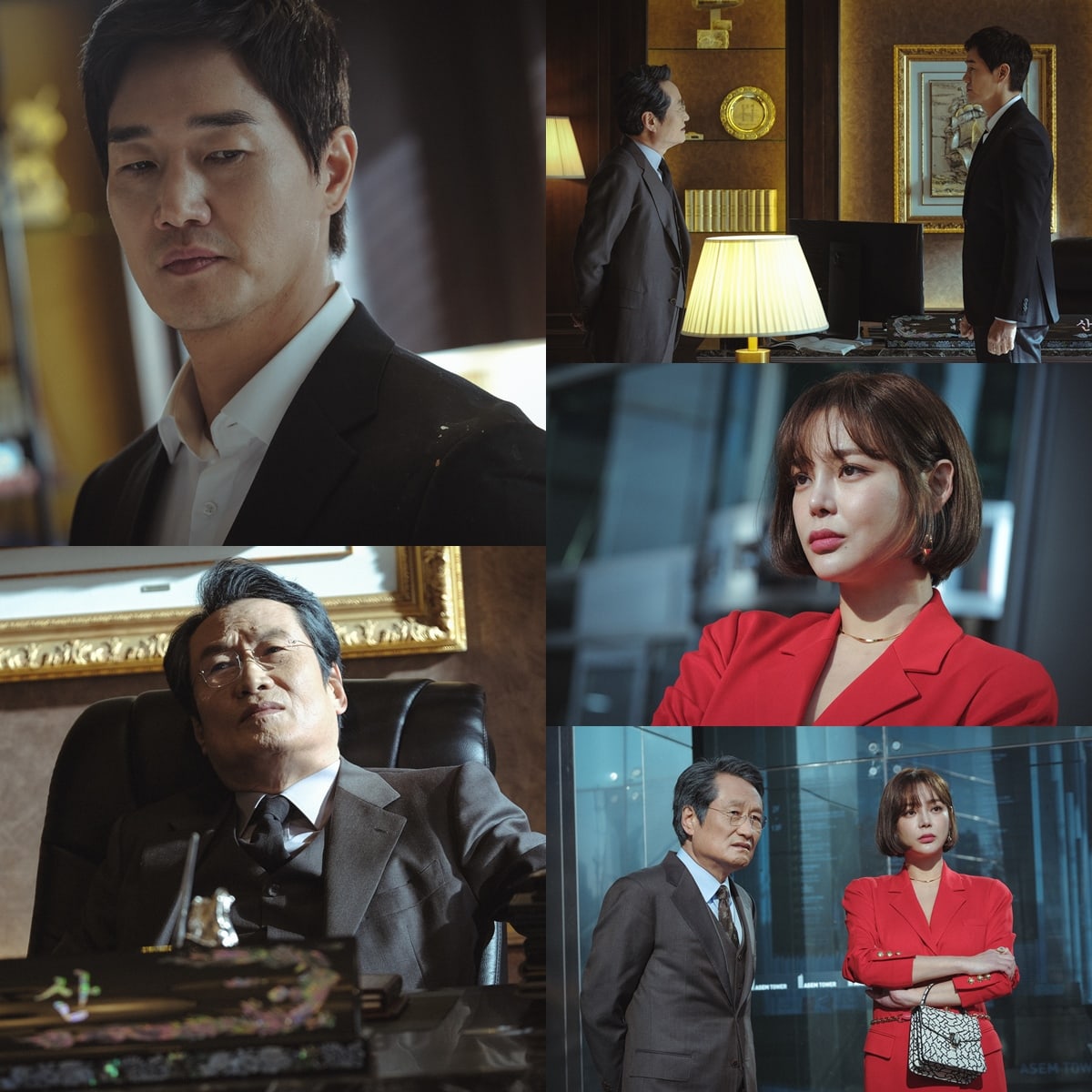 To learn the truth about the complex relationship between the three family members, tune in to the premiere of “When My Love Blooms” on April 25 at 9 p.m. KST! The drama will also be available with English subtitles on Viki.

While you wait, check out a highlight clip for “When My Love Blooms” below!

moon sung geun
Park Si Yeon
Yoo Ji Tae
When My Love Blooms
How does this article make you feel?