BTS’ Suga Talks About Working On Their New Album; Says Fans Will Get To See Planning Process In Upcoming Video

Suga has shared an exciting update on BTS’s preparations for their next album!

On April 24 KST, Suga held a live broadcast on BTS’s official YouTube channel. As the second member to hold a casual livestream as part of the group’s new #StayConnected initiative, Suga decided to give fans an up-close-and-personal view of himself taking on a new challenge: painting.

Although Suga didn’t have much prior experience with painting, it didn’t take long for him to become completely engrossed in the activity. After quietly concentrating on his work of art for a while, he was surprised to learn that 20 minutes had flown by in the blink of an eye.

Mentioning that his mom painted as a hobby, Suga remarked, “I think I know why people paint now. This feels really soothing.” He later added, “Just like when I make music, I’m following my instincts. I have a feeling this will become a great hobby.” 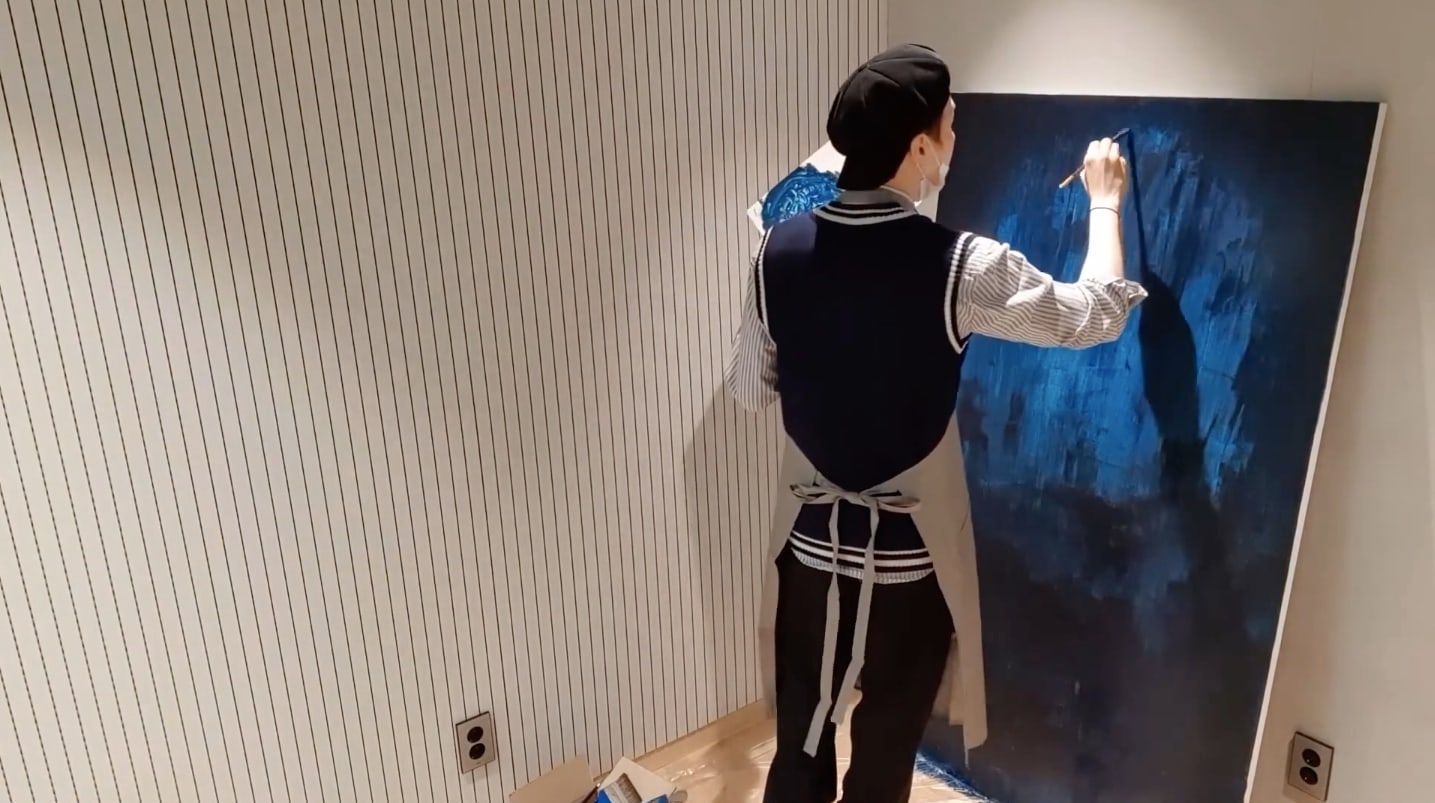 Following RM‘s declaration last week that the group had already begun working on their next album, Suga proceeded to give fans some insight into where they were in the planning process.

Suga added, “A video about that will be released soon, so please watch it.”

Immediately afterwards, he piqued fans’ curiosity by playfully asking, “Why am I painting? Why is it that I’m painting?” He continued, “I know exactly what it is I want to paint, but I don’t think I’ll be able to finish in an hour.” 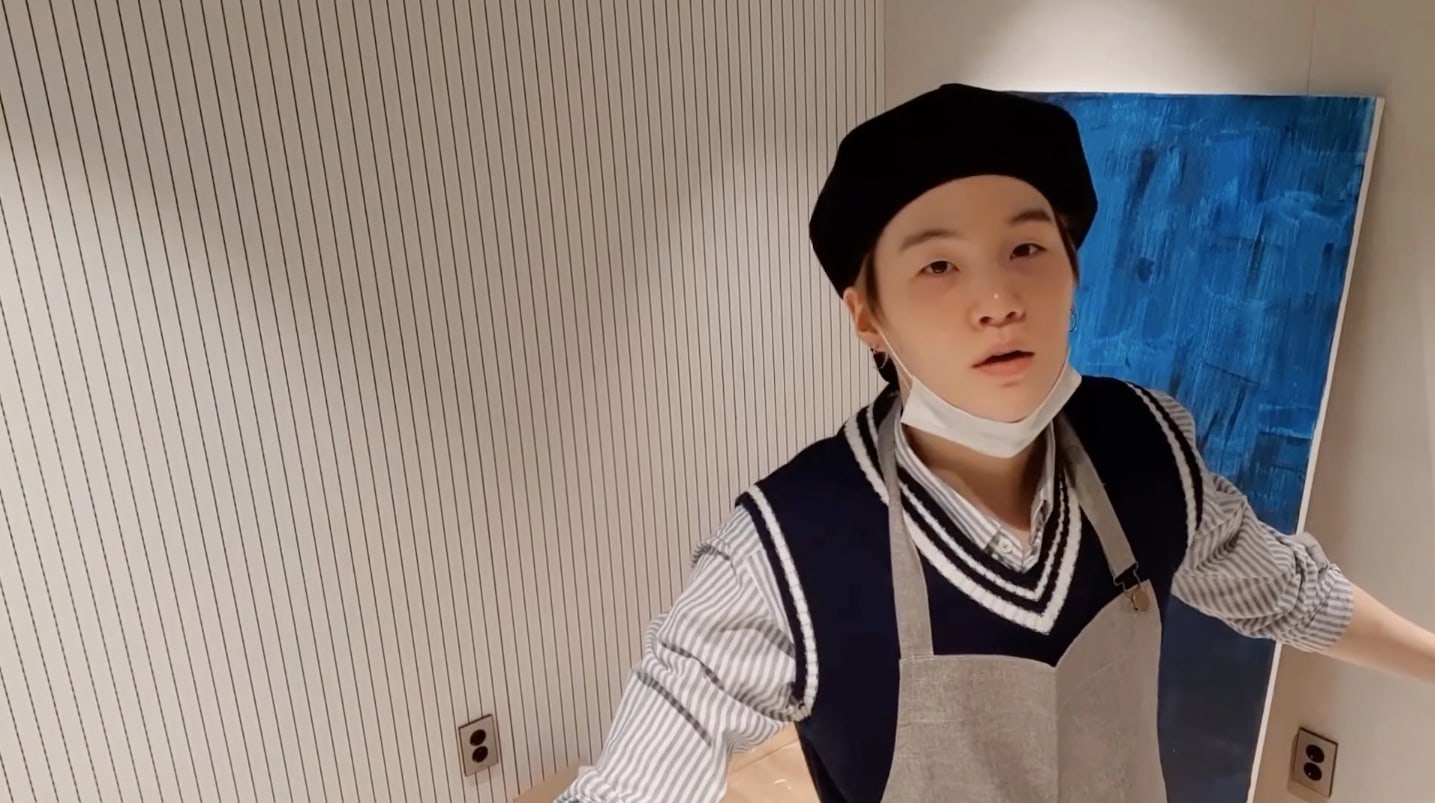 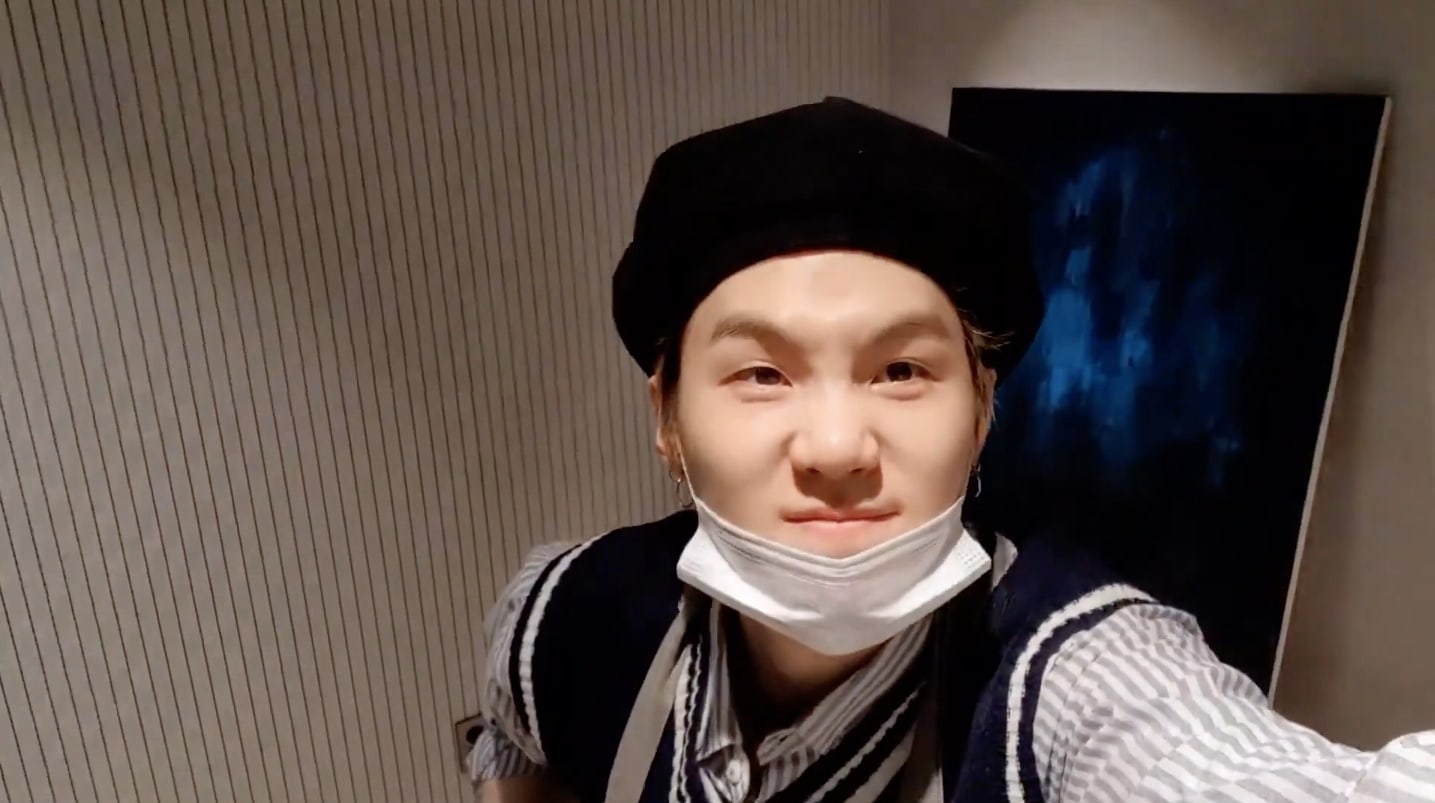 Finally, at the end of the broadcast, Suga told his fans that because he hadn’t had enough time to complete his painting, he would add the finishing touches here and there, whenever he had the chance. He went on to promise, “I’ll post the finished work on Twitter and Weverse [Big Hit Entertainment’s fan community].”

Are you excited to see what BTS is planning for their next album? What kind of concepts would you like to see from the group for their next comeback? Share your thoughts with us below!

You can also watch the full video of Suga painting here: