“Good Casting” is a new action comedy that will follow three tough and beautiful National Intelligence Service (NIS) agents as they go undercover on a secret mission. Formerly relegated to desk jobs, the three agents suddenly find themselves out in the field when they receive a once-in-a-lifetime assignment to save their country.

Choi Kang Hee will star in the drama as Baek Chan Mi, a legendary black ops agent with a notoriously difficult personality who is demoted to a desk job after a mission gone awry. Yoo In Young will play the role of the highly intelligent agent Im Ye Eun, who has a brilliant mind but a disastrously clumsy side. Finally, Kim Ji Young will round out the trio as Hwang Mi Soon, a former black ops agent who left the field in order to become a housewife for 18 years.

On April 26, with just one day left until its premiere, the upcoming drama released a special poster of its three stars looking fierce in all black. Brandishing weapons as they emerge from a backdrop of flames, the three badass women look more than ready for a rumble. 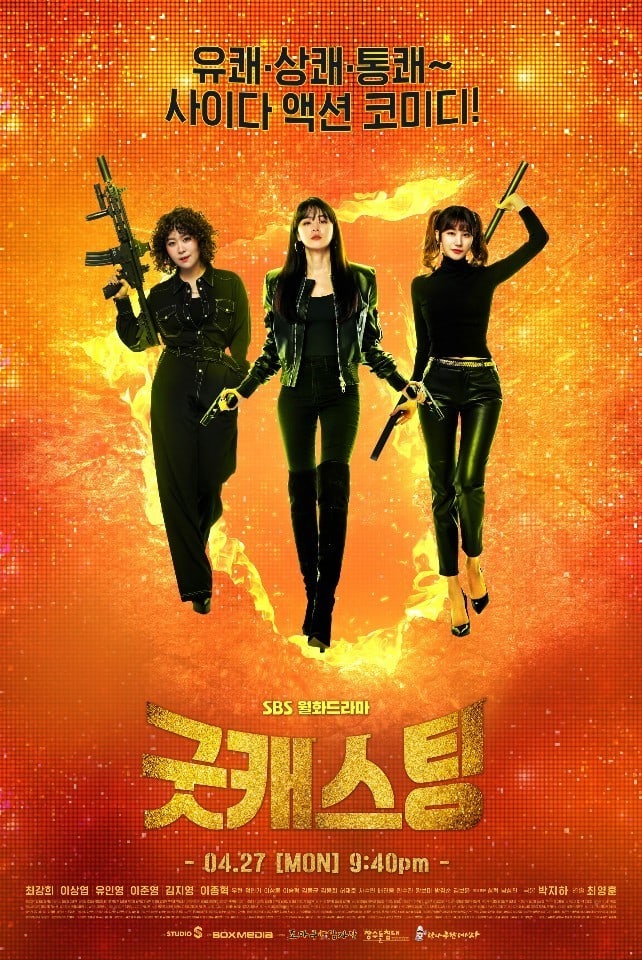 The producers of “Good Casting” expressed their confidence in the drama’s story, commenting, “As the three secret agents disguise themselves and go undercover for an unheard-of infiltration mission, they will deliver laughter, emotion, and delightful humor.”

“There’s only one day left until the first episode,” they went on. “We ask that you show a lot of anticipation for the refreshing action-comedy drama ‘Good Casting.'”

“Good Casting” premieres on April 27 at 9:40 p.m. KST and will be available with English subtitles on Viki.