Kim Hee Ae had no shortage of praise for her “The World of the Married” co-star Han So Hee!

During JTBC’s recent online press conference for the hit drama, Kim Hee Ae didn’t hold back in lavishing praise on the younger actress.

“Han So Hee is the one in charge of beauty in our drama,” said Kim Hee Ae. “She possesses a truly heavenly beauty, and I think that even those words alone aren’t enough to express it.”

Kim Hee Ae also spoke highly of Han So Hee’s talents as an actress, commenting, “She’s very passionate, and her skills as an actress are already fully developed. If she’s already this perfect, I wonder what kind of actress she’ll be in the future, when she reaches my age. I can’t even imagine it. She works so hard, and in terms of her face and body, I think she’s flawless. She leaves nothing to be desired.” 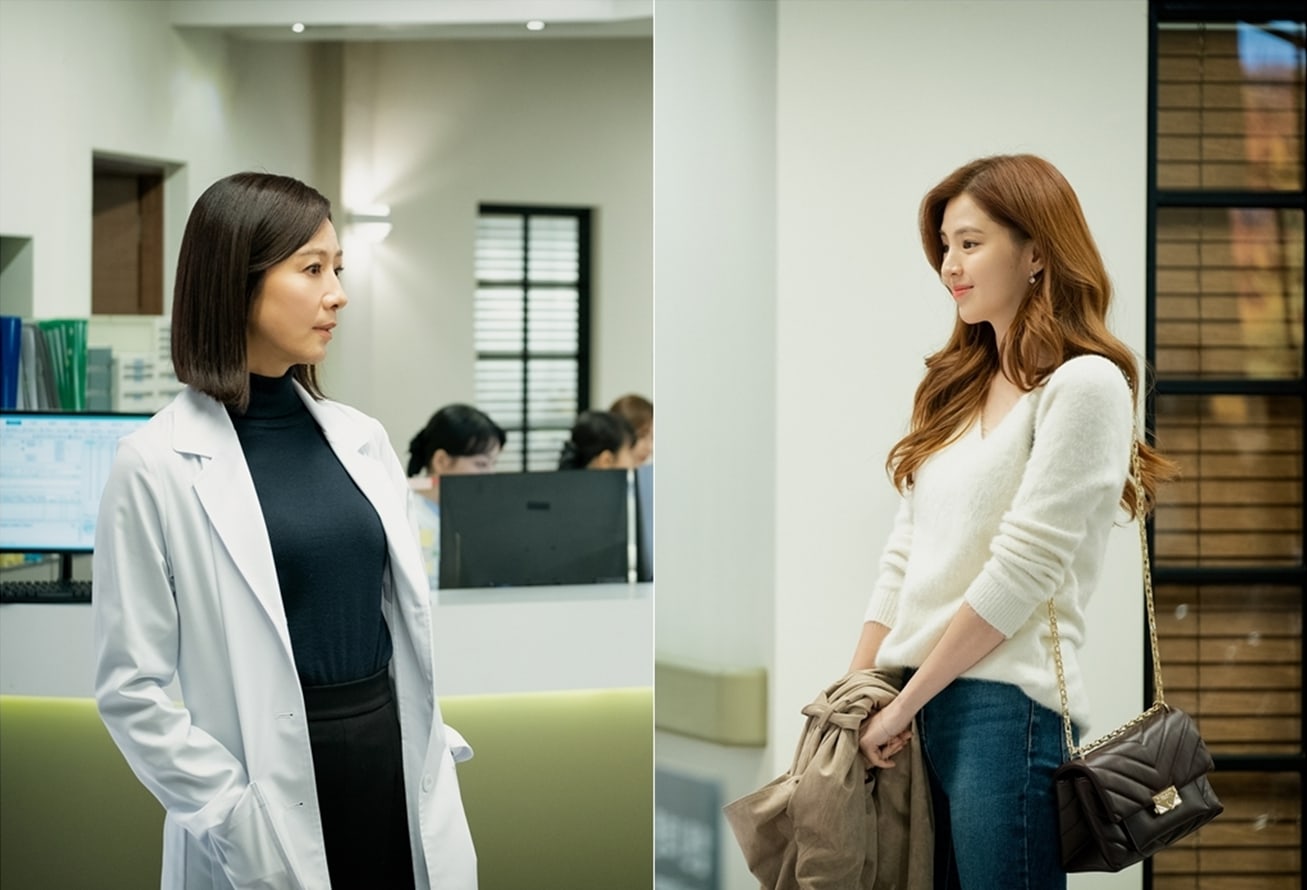 However, the veteran actress revealed that even though she was deeply impressed by her younger co-star, she’s been making an effort to keep her distance from both Han So Hee and Park Hae Joon—who plays her husband in the drama—during filming.

“It’s intentional on my part,” she explained, “but I’m keeping my distance from Park Hae Joon and Han So Hee. Because I don’t want to lose the emotion [of my character].”

“So Hee is so polite and pretty, and I like her,” she went on, “but I’m trying to keep my distance. So that I can properly immerse myself in my character’s emotions.”

Meanwhile, Han So Hee previously named Kim Hee Ae as her role model in a separate interview for Grazia magazine. 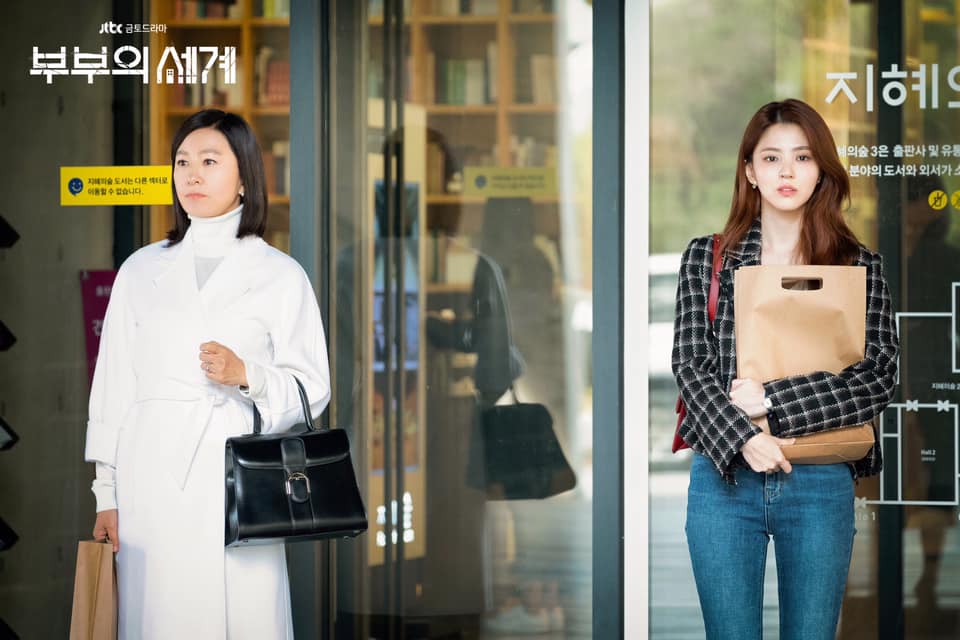 “The World of the Married,” which airs on Fridays and Saturdays at 10:50 p.m. KST, has been gaining new viewers at an impressive rate with each new episode. On April 25, the drama came within less than one percentage point of the record set by JTBC’s “SKY Castle” for the highest viewership ratings ever achieved by any drama on a Korean cable network.

For more Kim Hee Ae, check out her drama “Mrs. Cop” with English subtitles below!