In the new poster, Wol Joo, Han Kang Bae, and Chief Gwi welcome customers to their pojangmacha with open arms. In the center is the pojangmacha Wol Joo wearing an eye-catching hanbok (Korean traditional clothing). Next to her, Han Kang Tae politely greets customers while wearing an apron with a drawing of the mysterious ssang gap liquor. On the other side of Wol Joo, Chief Gwi is busy with his hands filled with cooking utensils as usual. Above their heads, the curtain invitingly reads, “Regretful humankind, would you like to have a drink with us?” 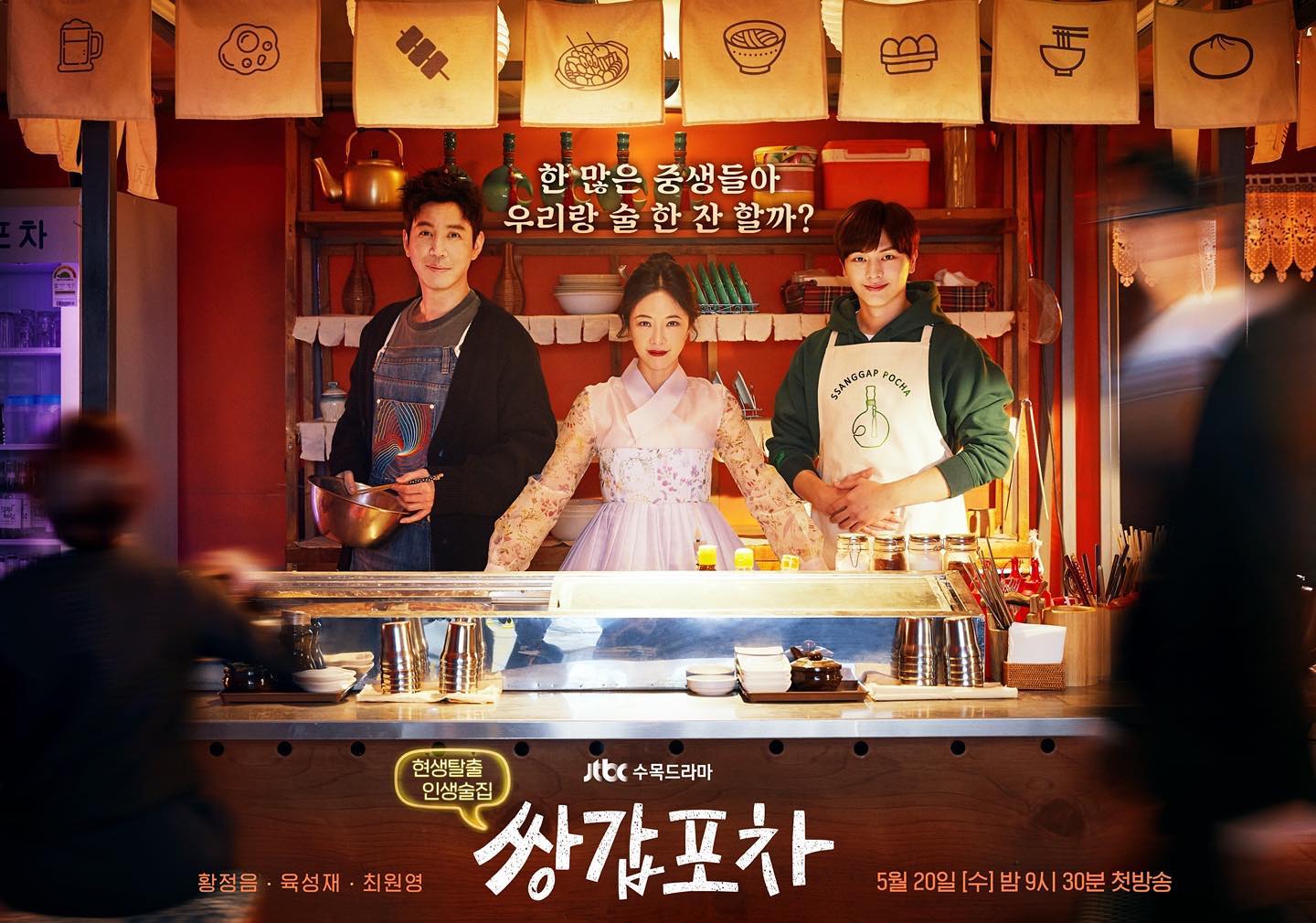 In addition to being the owner of the pojangmacha, Wol Joo is actually a counselor who has to resolve 100,000 people’s problems to repent for her sins. With 10 people remaining, she is given the ultimatum of one month to finish her task. Nonetheless, Wol Joo, Han Kang Bae, and Chief Gwi’s attitudes towards the customers remain genuine. With a comfortable interior, delicious snacks, and relaxing drinks, the three are always ready to listen to the customers’ concerns.

The production team shared, “During filming, Hwang Jung Eum, Yook Sungjae, and Choi Won Young actively used the surrounding props with their hearts genuinely ready to receive customers. This was the reason why the photographer yelled, ‘It really feels like I’m being welcomed,’ while pressing the camera shutter. Since the situation was like this, the set instantly became a scene from a pojangmacha.”

They added, “If you open the doors to the pojangmacha, Wol Joo, Kang Bae, and Chief Gwi will be waiting, so we hope all viewers who want to share a drink with them join us for the first broadcast.”