Super Junior has released an exciting teaser for season four of their “SJ Returns” series!

The new season will be dedicated to E.L.F [Super Junior’s official fan club name] and is being described as a long-term project to celebrate the group’s 15th debut anniversary.

Super Junior is returning with a new season of “SJ Returns”!

On April 27, Super Junior announced they will be launching “SJ Returns 4 (for) E.L.F.” As 2020 is the group’s 15th debut anniversary, Super Junior will be taking fans’ suggestions into account in order to produce new content every month through this long-term project. 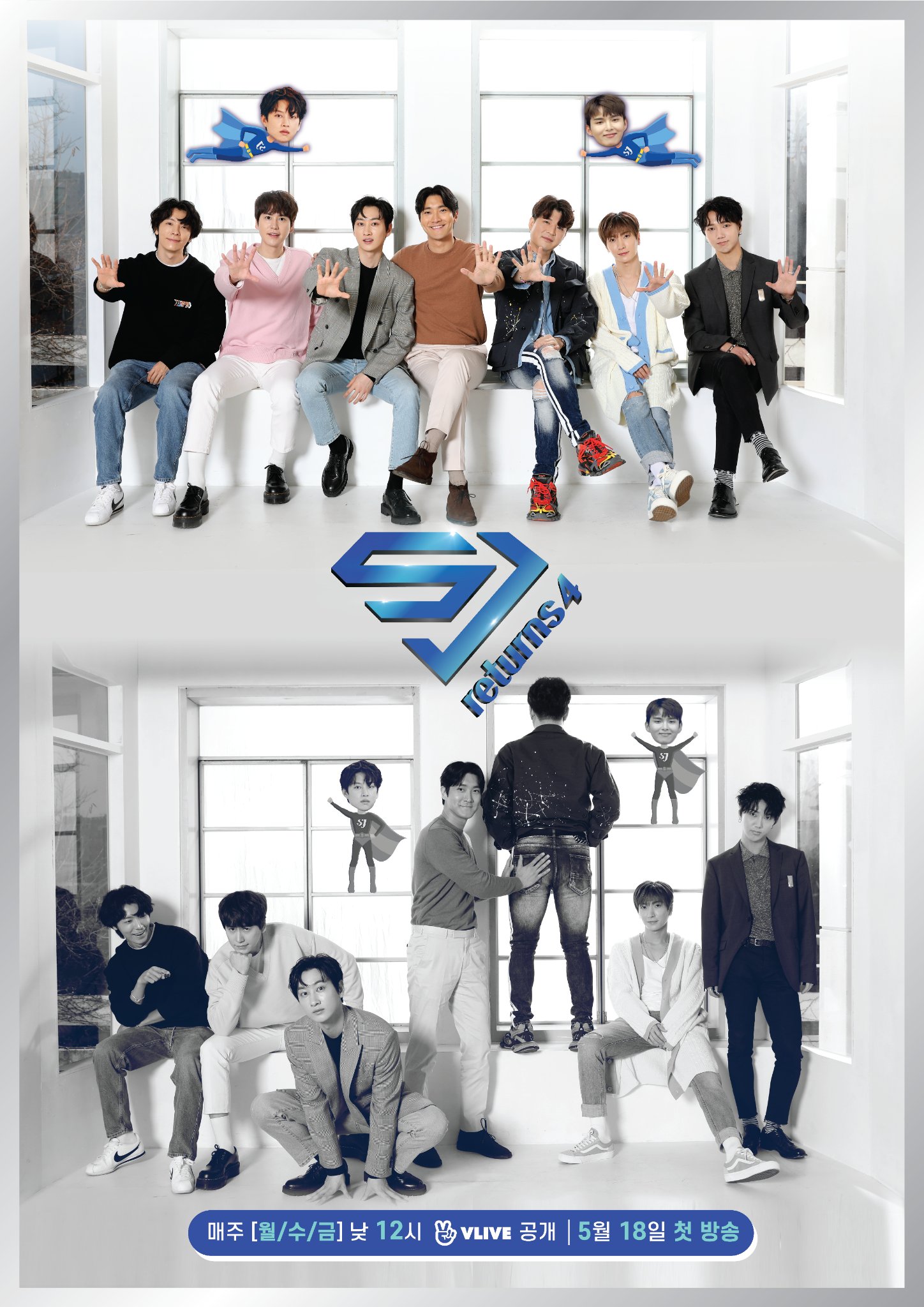 Furthermore, Super Junior released a teaser announcing the return of the show with previous season highlights including the restaurant escape game, one-day manager experience, and behind-the-scenes clips from their MV filming. The teaser revealed that a second preview will be released on May 1 at 12 p.m. KST. Previously, the past seasons combined have received a total of 82 million views on V Live and Naver TV, establishing the show’s popularity.

The new season of “SJ Returns” premieres on May 18 and will be broadcast every Monday, Wednesday, and Friday at 12 p.m. KST through V Live and Naver TV. Fanship for “SJ Returns 4” will provide members with episodes two weeks in advance, behind-the-scenes clips, live broadcasts, monthly voting, and more.

Watch the teaser for “SJ Returns 4” below!

Super Junior
SJ Returns
SJ Returns 4
How does this article make you feel?