BLACKPINK’s Jennie Talks About Being Influential, Working In The Fashion Industry, And More

For the May pictorial, Jennie showcased her versatility as an artist and as a model with her captivating poses and alluring gaze. 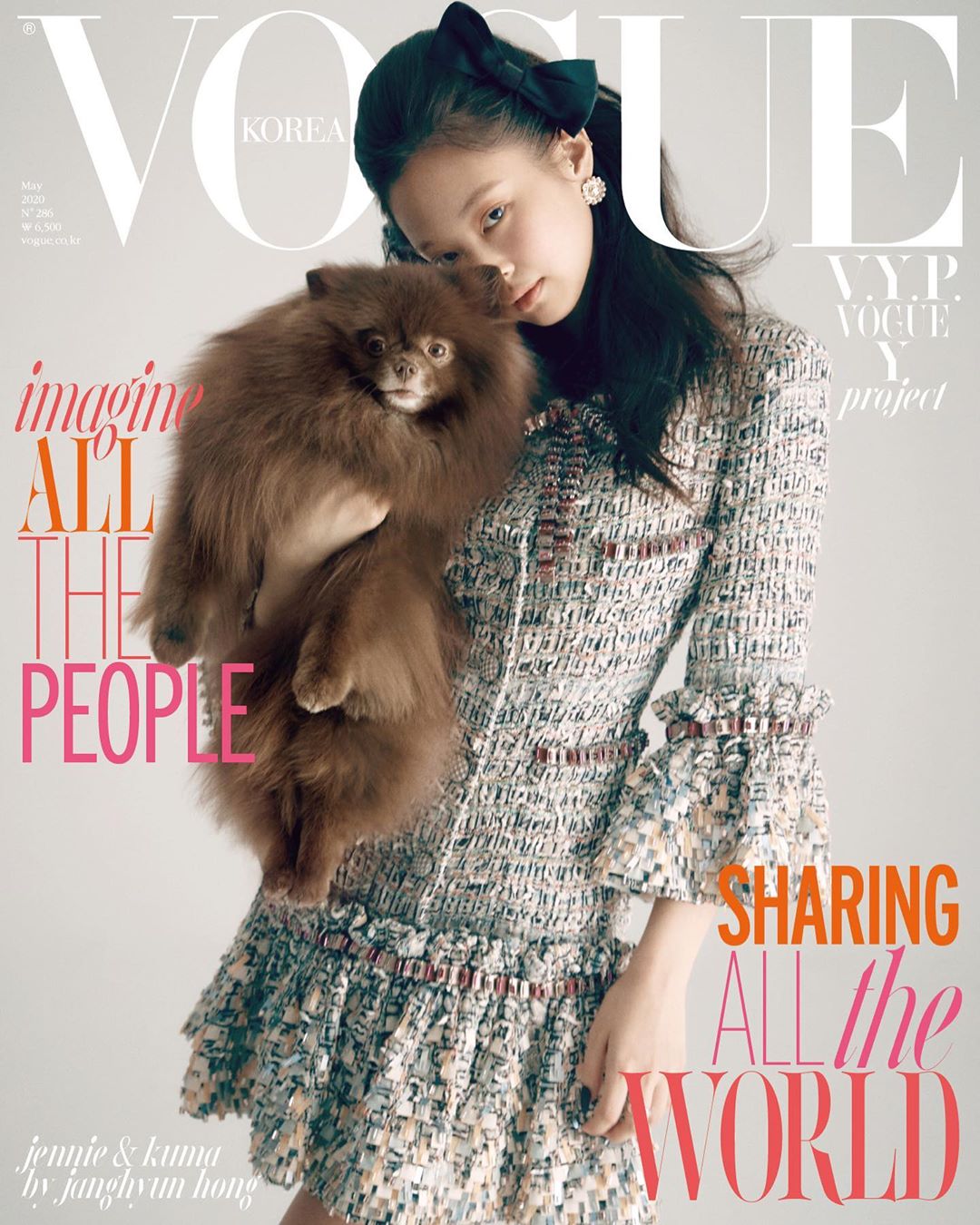 In the interview that followed the photo shoot, Jennie drew out her path of becoming a musician. She shared, “I don’t exactly remember when I first sang and danced in front of people. I enjoyed singing and dancing since I was young. When I look back at photos from that time, there are a lot of pictures of me singing or dancing. My daily life was singing and dancing with friends.” 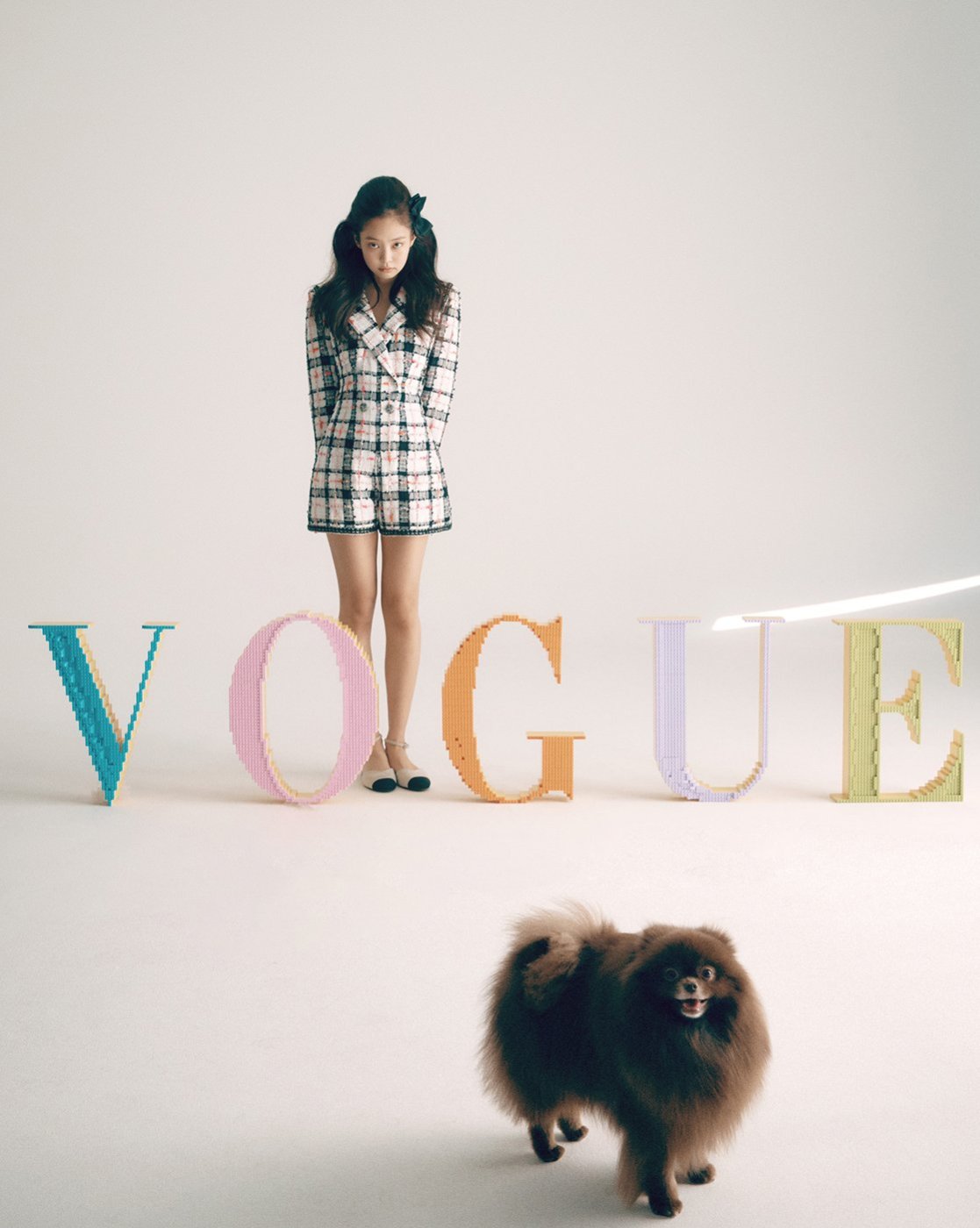 Already, Jennie has participated in three photo shoots for Vogue, and she has been taking an active part in the fashion industry as a global ambassador for Chanel. Jennie picked the 2019 Fall/Winter Chanel Show as a very memorable experience for her. She explained, “Being able to witness Karl Lagerfeld’s last collection was probably an honor for all the people present.” Jennie also revealed that although she initially thought it was a difficult burden to work with such a big brand, she now enjoys the work. She said, “When creating a new visual with a brand I like, I feel a different type of accomplishment and pride than when working on music.” 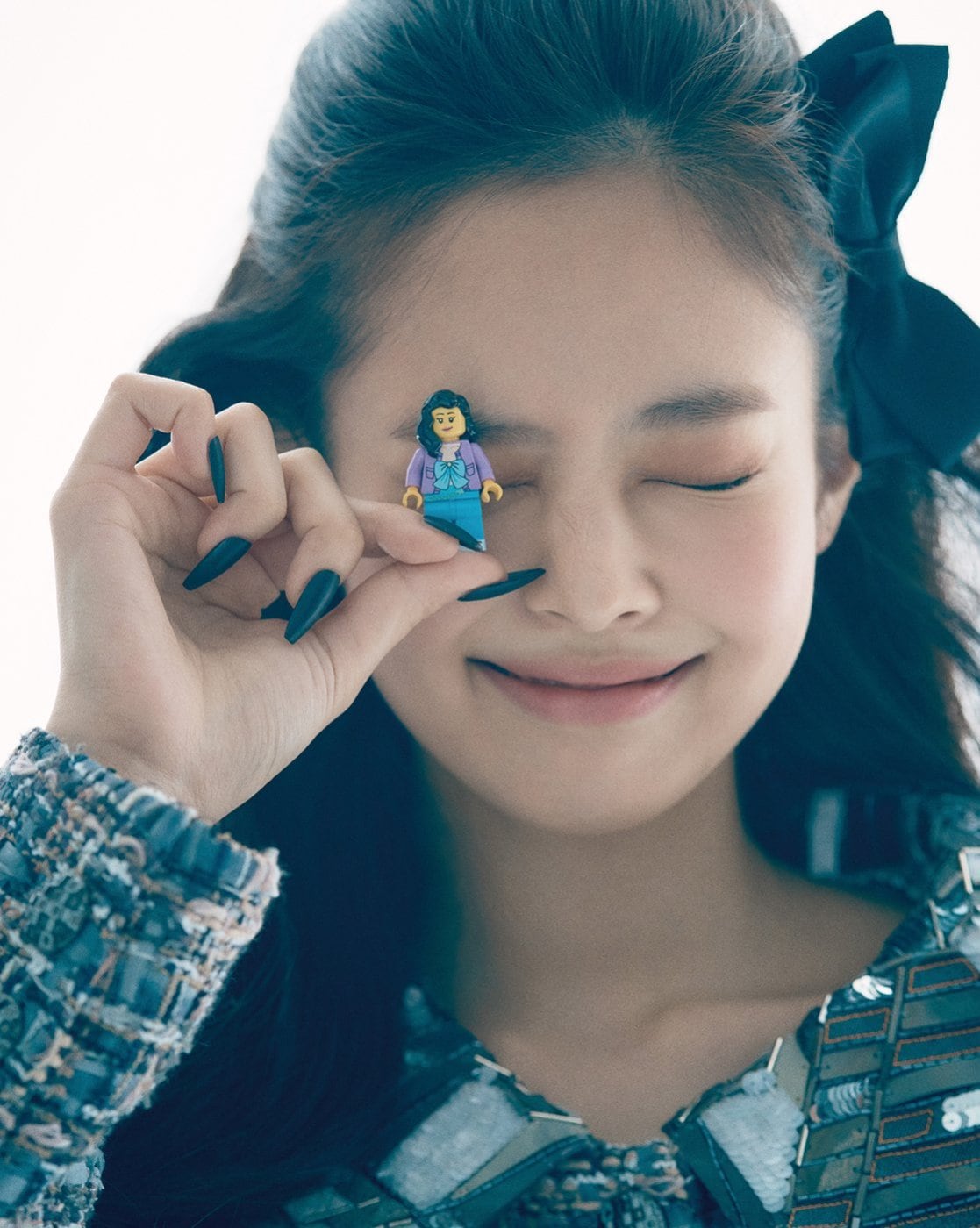 Jennie also talked about breaking boundaries as an artist. She explained that it still feels strange and unbelievable that she has worked so closely with the fashion industry despite being a musician. When asked if she has any hopes of launching her own fashion line like Rihanna, who she watched and listened to often as a trainee, Jennie shared, “I haven’t thought of it yet, but I would want to portray a comfortable and natural side of myself if I were to start my own fashion brand. A brand that people can wear easily and comfortably rather than an extravagant one.” 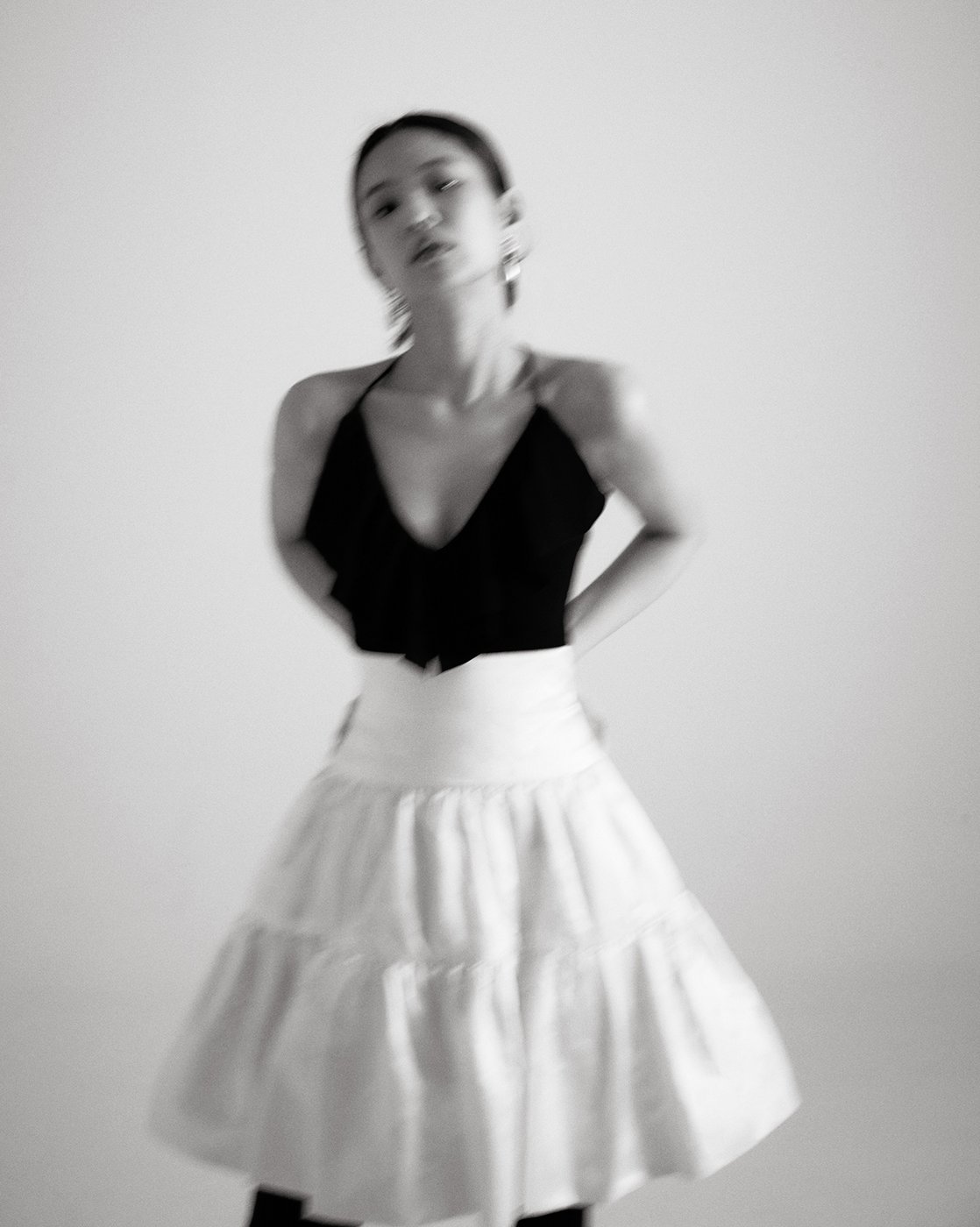 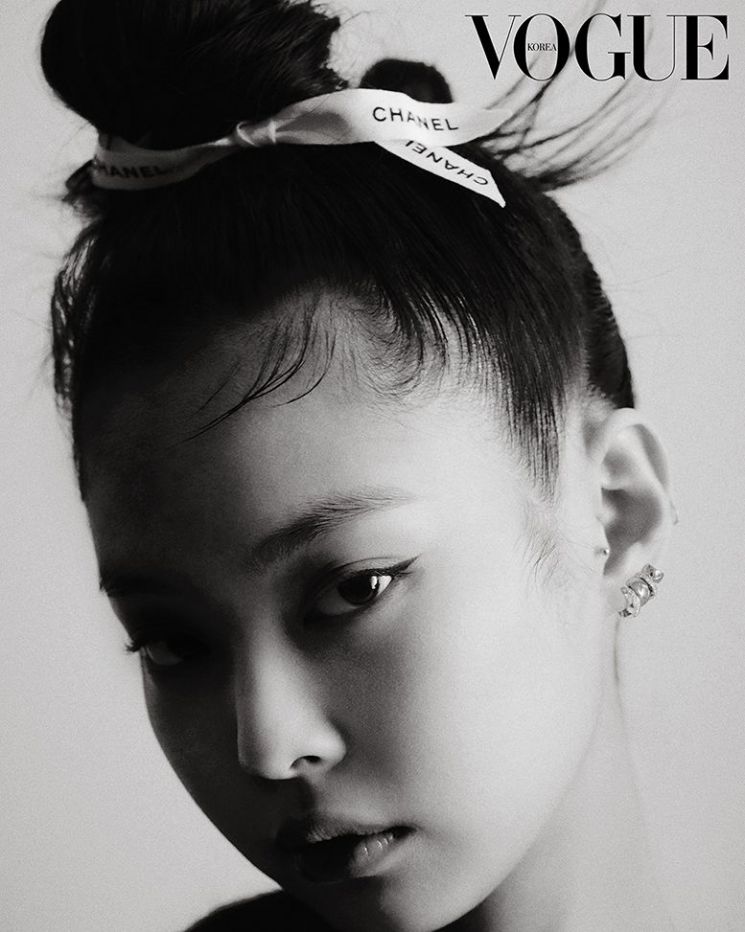 Besides her work in the fashion industry, Jennie also shared that she wants to continue to grow as an artist and learn about photography if the opportunity comes. She described the beautiful sky as the subject she wants to capture on film, elaborating that staring blankly at the sky makes her happy. Jennie also added that she enjoys using film cameras and listening to Chet Baker’s old LPs. 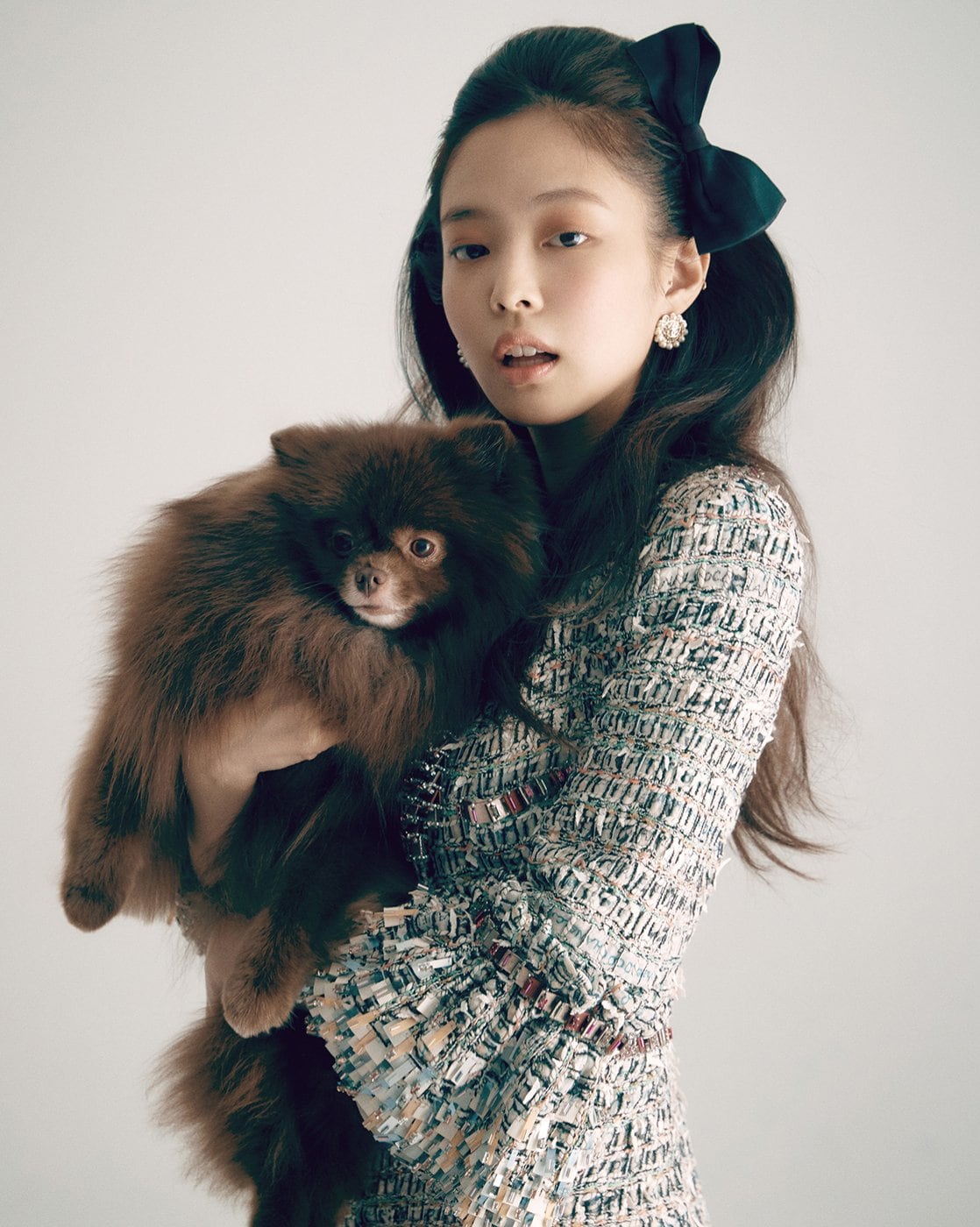 In addition to filming with her adorable dog Kuma, Jennie’s mother also visited the set to support her daughter during the middle of the photo shoot. Jennie explained that her family members are the people who made her who she is today with her mother being one of the biggest influences. 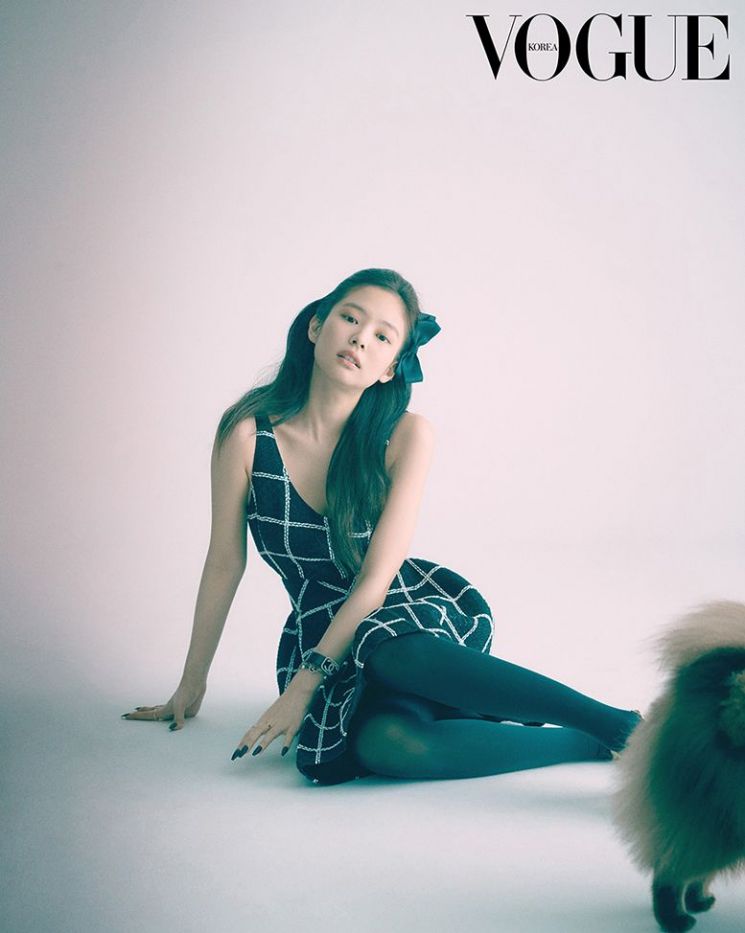 Jennie also touched upon her influence to people all over the world. She stated, “Since my job is to stand in front of the general public, there are many people who are influenced by me. Due to that reason, that much responsibility follows. Since I also nurtured my dreams by looking at artists I admired, I think I could also have an influence on someone’s life.” 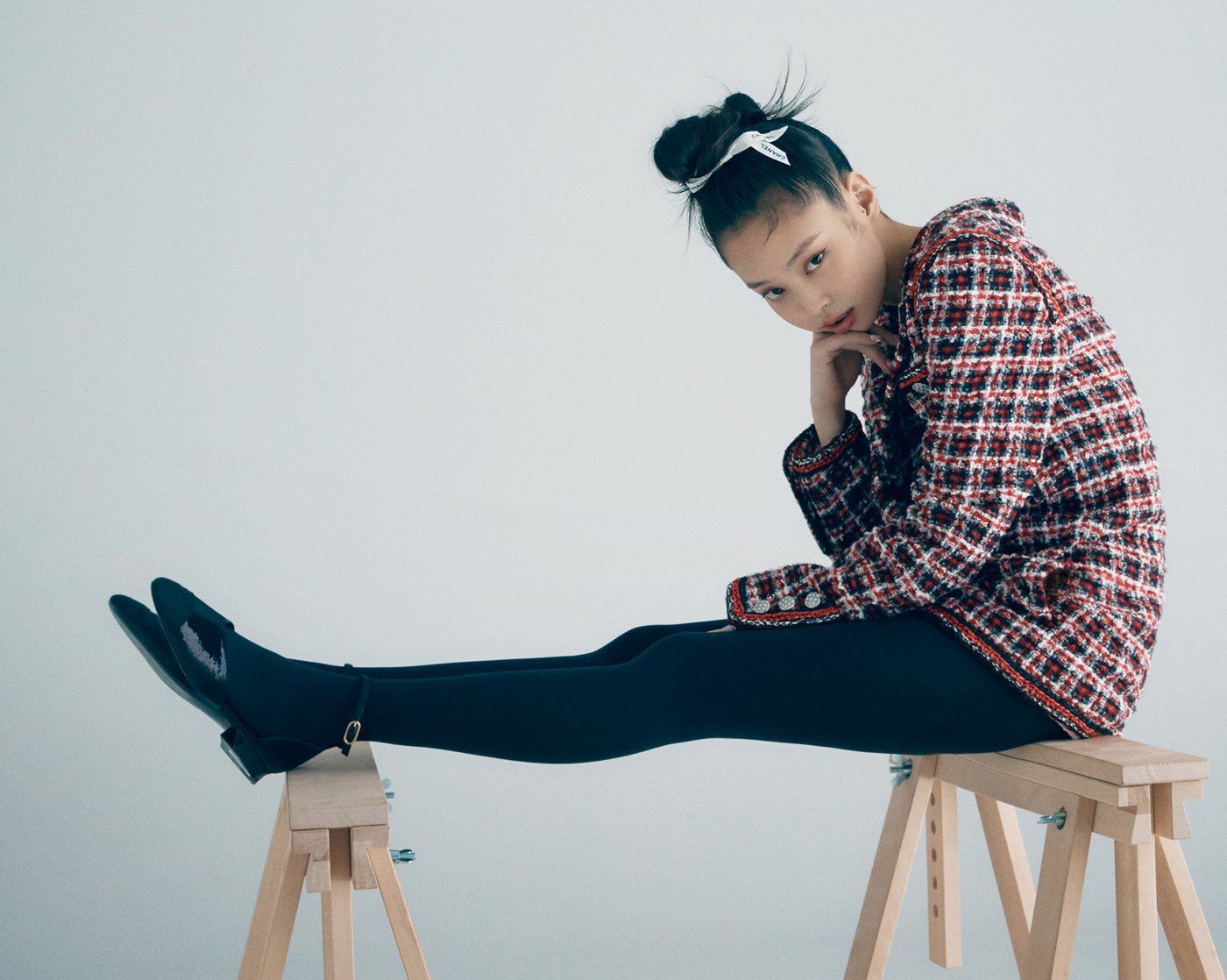 Finally, Jennie wrapped up her thoughts by saying it is still difficult to believe how many people have sent love to BLACKPINK, resolving to work even harder for the fans. She shared, “My heart fills up with gratitude whenever fans give an immediate response. We get direct energy when we perform at concerts for tours. Strangely, when fans enthusiastically support me and love BLACKPINK’s music, I forget all about the difficult process of getting there.” 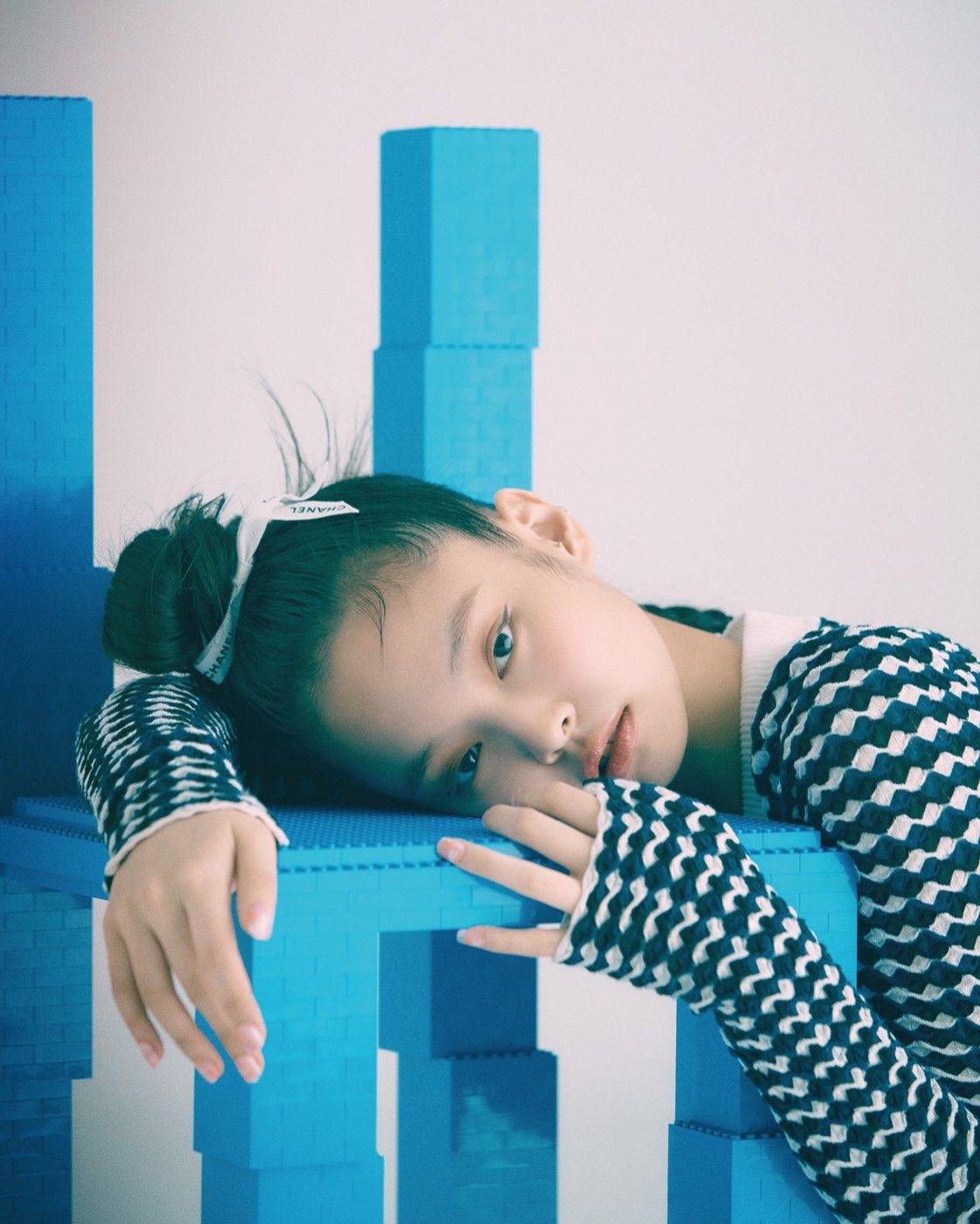 BLACKPINK
Vogue
Jennie
How does this article make you feel?