On April 27, the actress uploaded three photos of her posing with Lee Jung Shin. They both flash charming smiles at the camera, and hold up peace signs in the first two photos. Park So Dam included the hashtags “already 4 years ago” and “Seo Woo with Ha Won” alongside two peace sign emoticons.

A couple hours later, Lee Jung Shin commented on her post with the reply, “Taking a trip down memory lane is fun, right?” 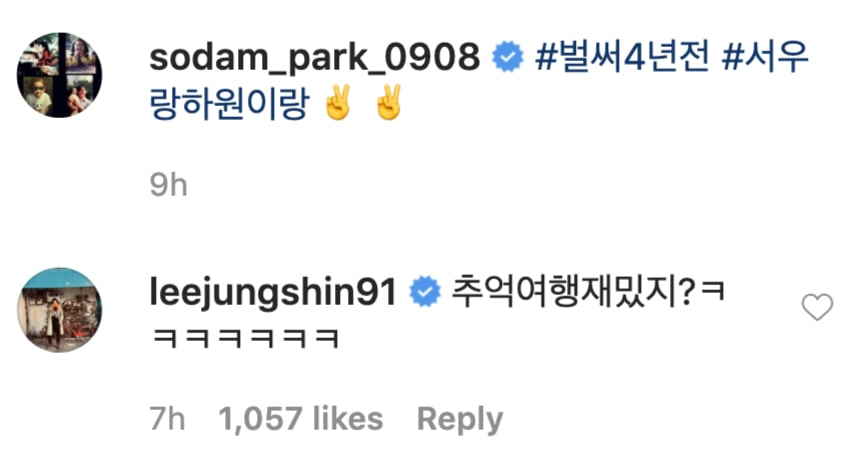 The two acted together in the drama “Cinderella and Four Knights,” which aired in 2016. Park So Dam starred as Eun Ha Won, a girl who is hired to be a live-in housekeeper for three cousins. Lee Jung Shin played Kang Seo Woo, one of the cousins who is a lost musician seeking his ultimate muse.

Park So Dam is currently set to star in “Record of Youth” (literal title), tvN’s upcoming drama about young people in the modeling industry. The drama will be her first in four years, after “Cinderella and Four Knights.”

Lee Jung Shin was recently discharged from the military according to their COVID-19 protocol.

Park So Dam
Lee Jung Shin
Cinderella and Four Knights
How does this article make you feel?