The ever-alluring “When My Love Blooms” has finally premiered on our televisions screens and it did not disappoint! While the drama’s premise relies on the ever-cliche trope of reuniting first love, it’s still refreshing and enchanting to watch.

The drama follows the love story of Han Jae Hyun (Yoo Ji Tae) and Yoon Ji Soo (Lee Bo Young), who begin as college sweethearts but drift apart due to unknown reasons. They reunite in the present but both of them are wildly different from their younger selves (played by GOT7’s Jinyoung and Jeon So Nee, respectively). Jae Hyun, who once had an immense passion to fight for injustices now works for the people committing those injustices. Meanwhile, Ji Soo, who was once a cheerful open-book, is now closed off and lives a more modest lifestyle.

The drama is off to a promising start, and it seems to promise mutual pining, straight-up melancholy, and the beautiful innocence of first love. Here are some of the things that we loved and hated about the premiere.

Warning: spoilers for the premiere episodes below.

One of the most enjoyable things to watch in dramas is when the characters reenact a moment they had when they were younger. It’s bittersweet and a little bit corny but it makes your heart flutter nonetheless. “When My Love Blooms” is very detailed at the end of the first episode when Jae Hyun reveals himself outside of the train station in the snow. As Ji Soo turns and recognizes him, her hair flutters in the wind the same way as it did when she was younger. While that detail is hardly realistic, it’s beautiful to watch as the scene flickers from the past to the present. You can feel every emotion, especially as Jae Hyun recites the same words he did when he was younger: “I found you, Yoon Ji Soo.”

You can really feel the chemistry between each pair of actors in this scene. They’re brimming with tension for different reasons and it makes you wonder how these two lost track of each other for two decades. Plus, the cinematography is absolutely dazzling. The snow and cherry blossoms really help to set a romantic mood.

LOVED: How Yoon Ji Soo sticks up for herself

While all the characters tend to have moments that attach them to your heart, Yoon Ji Soo definitely stands out above everyone else. She’s more reserved than her younger-self, but you can tell that her convictions are still the same. It’s gratifying to see that even though she’s struggled with divorce, single-parenting, and her father’s illness, she doesn’t let anyone look down on her life.

She proves this when she holds her ground against a wealthy mother from her son’s school. After her son starts a fight, the group of moms is quick to make a move to remove her as the parent representative. The mom who confronts her wastes no time to try and drag her down not only because of her son, but because she’s protesting at the supermarket. 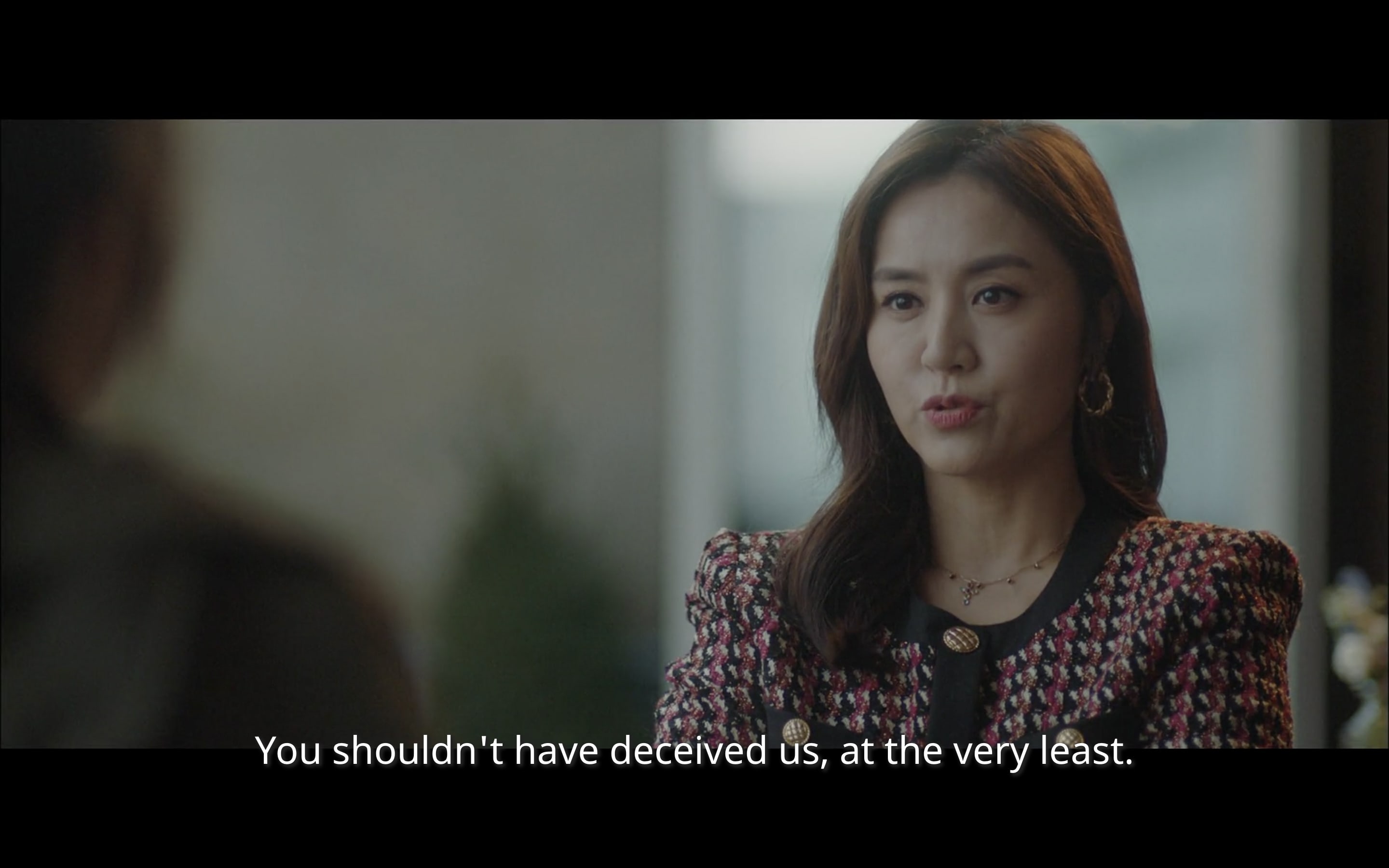 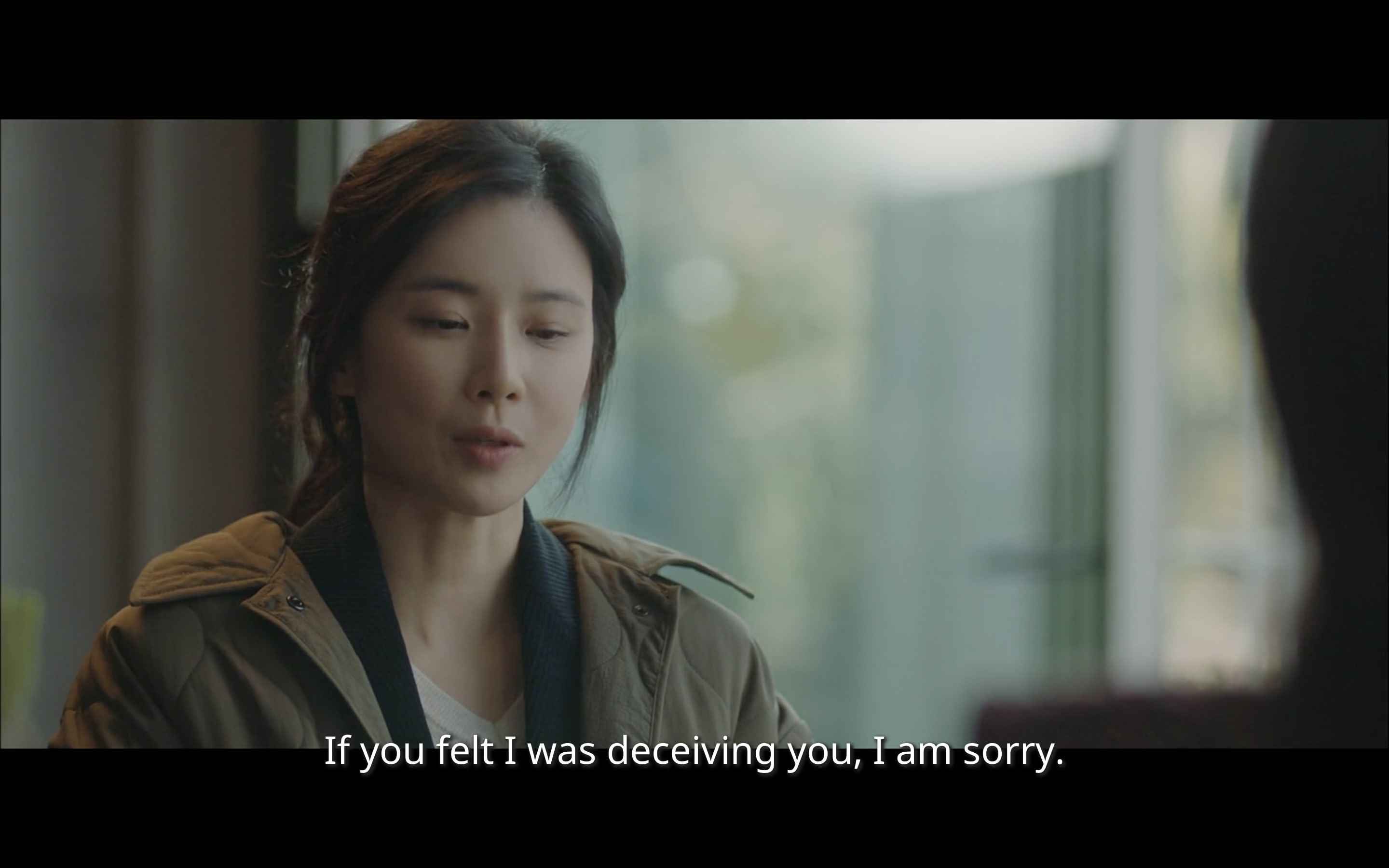 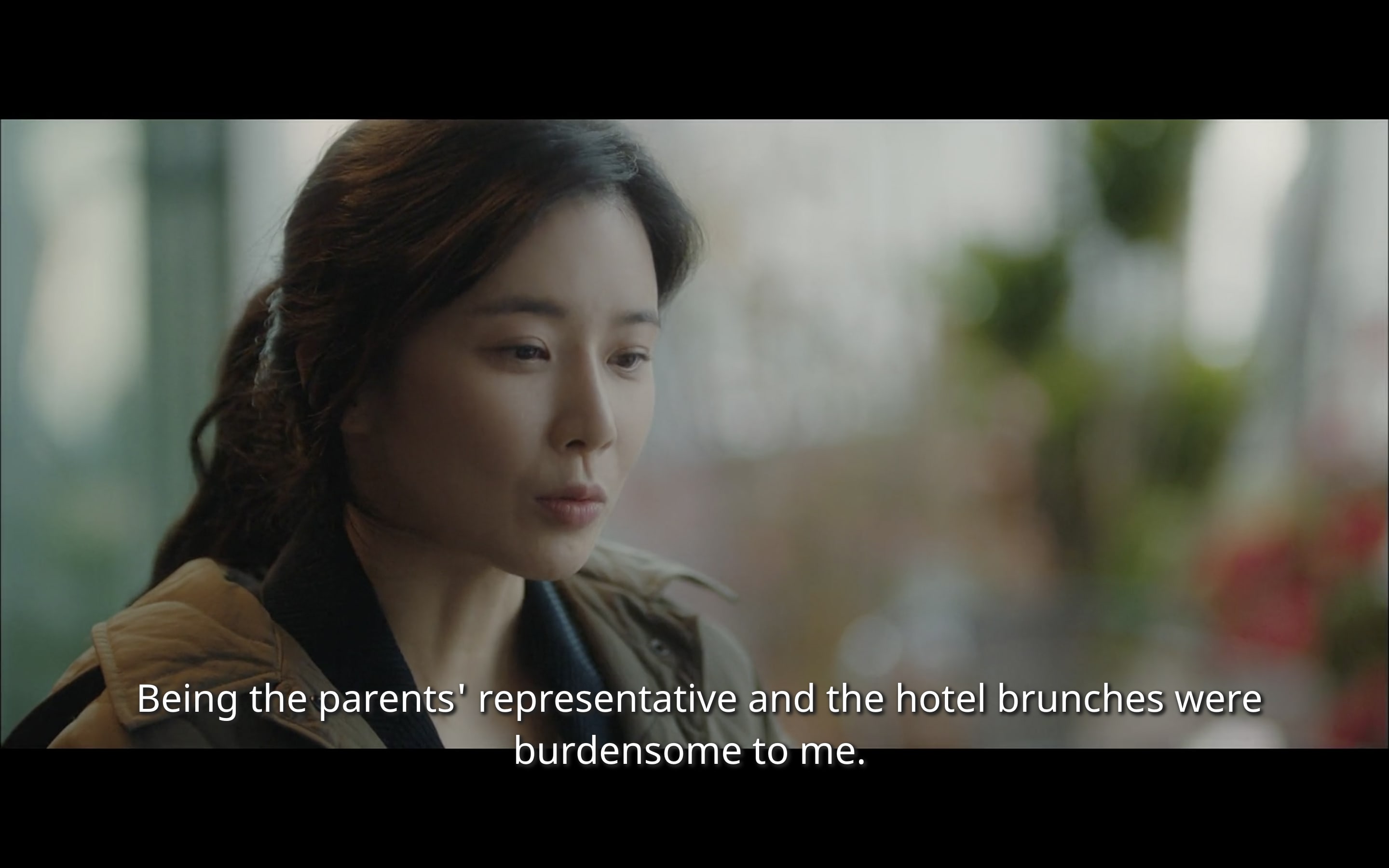 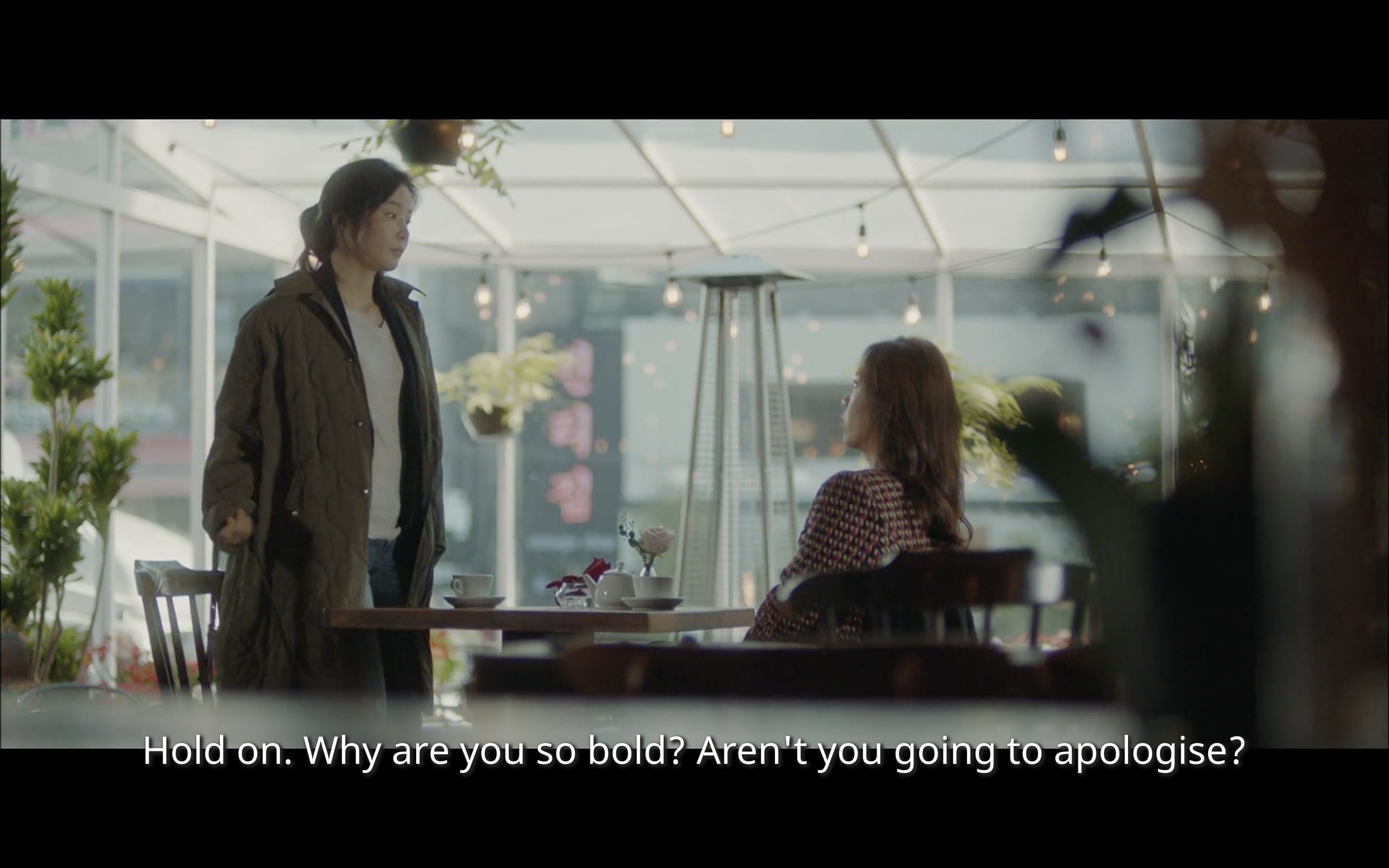 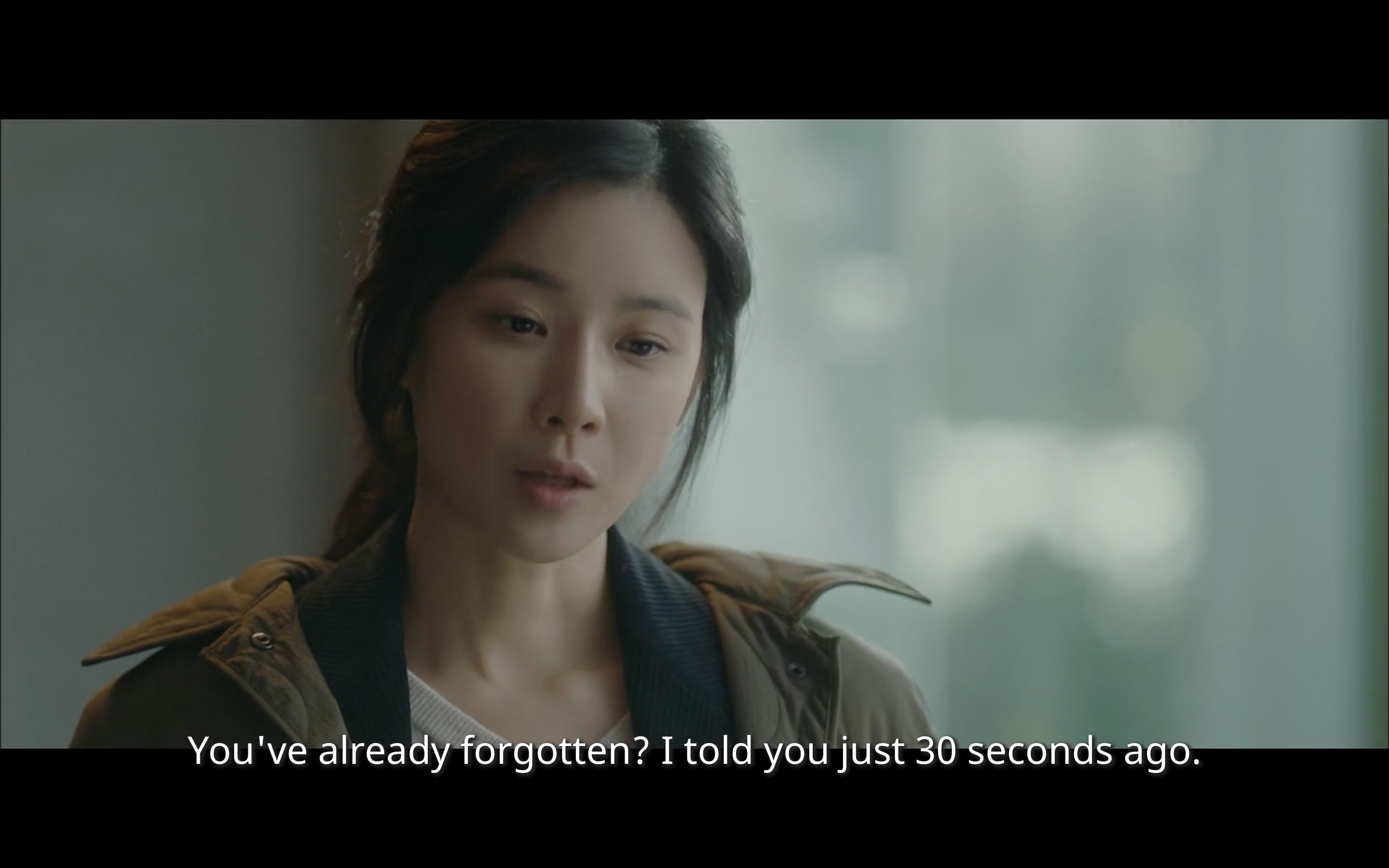 It’s gut-wrenching to always have to watch wealthy characters rip into the poorer protagonist for shallow reasons without any repercussions. Especially when there’s nothing wrong with having a more modest lifestyle. So it was awesome and empowering to see Ji Soo owning her situation rather than just sitting there and taking it quietly.

Stories about reunited first loves often follow a few tropes where some of which are more enjoyable than the rest. Usually, we see a brooding, emotionally unavailable, and stoic lead that pursues the leading lady in questionable ways. “When My Love Blooms” approaches these tropes a little differently and it makes the drama much more enjoyable to watch.

When the pair reunites, Ji Soo keeps her feelings a well-guarded secret. She feigns indifference when Jae Hyun keeps bringing up their past. It’s refreshing that this time, the woman gets to be the one with the secrets. It seems Jae Hyun will have to thaw Ji Soo’s heart that has hardened over time, instead of the other way around. 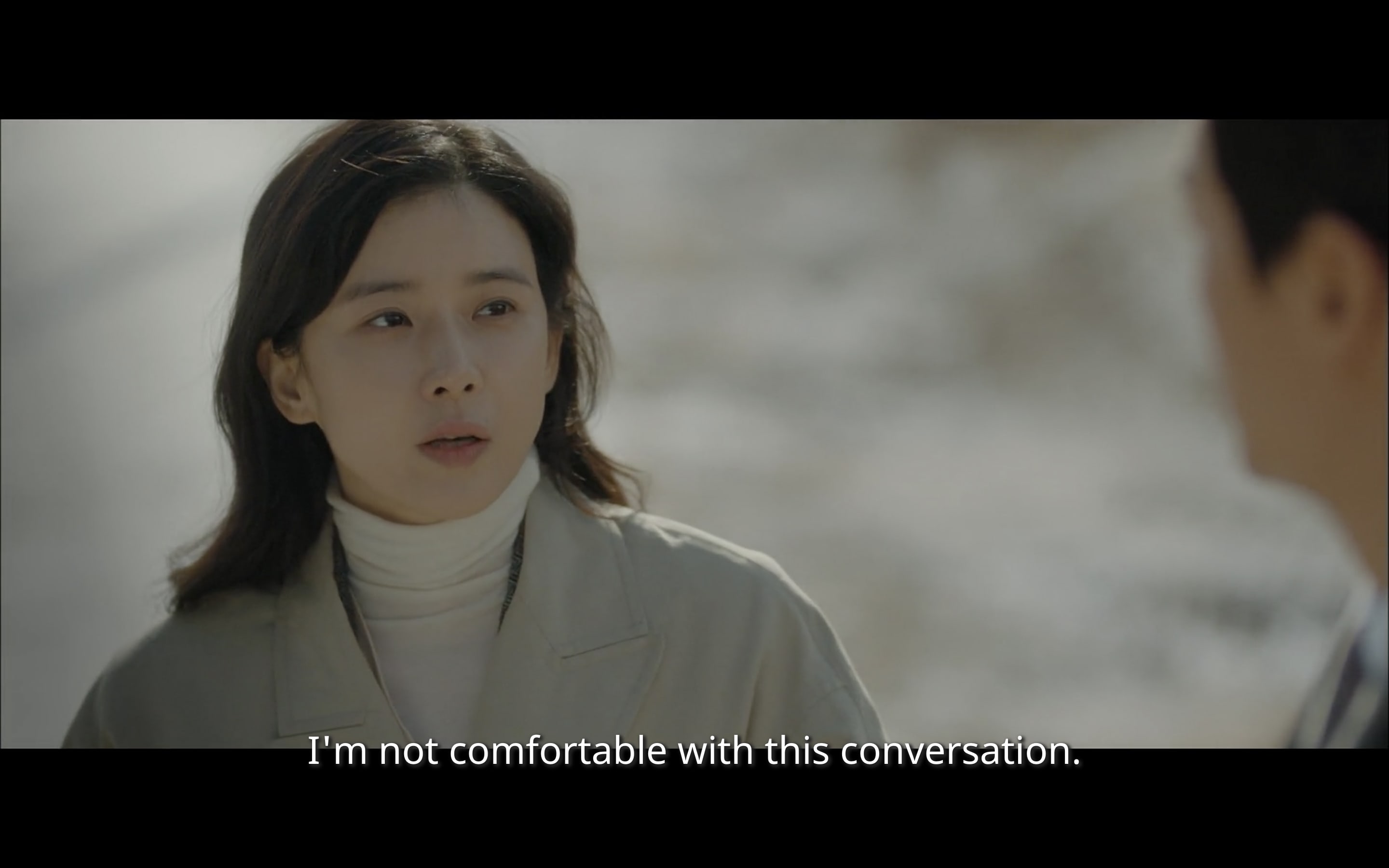 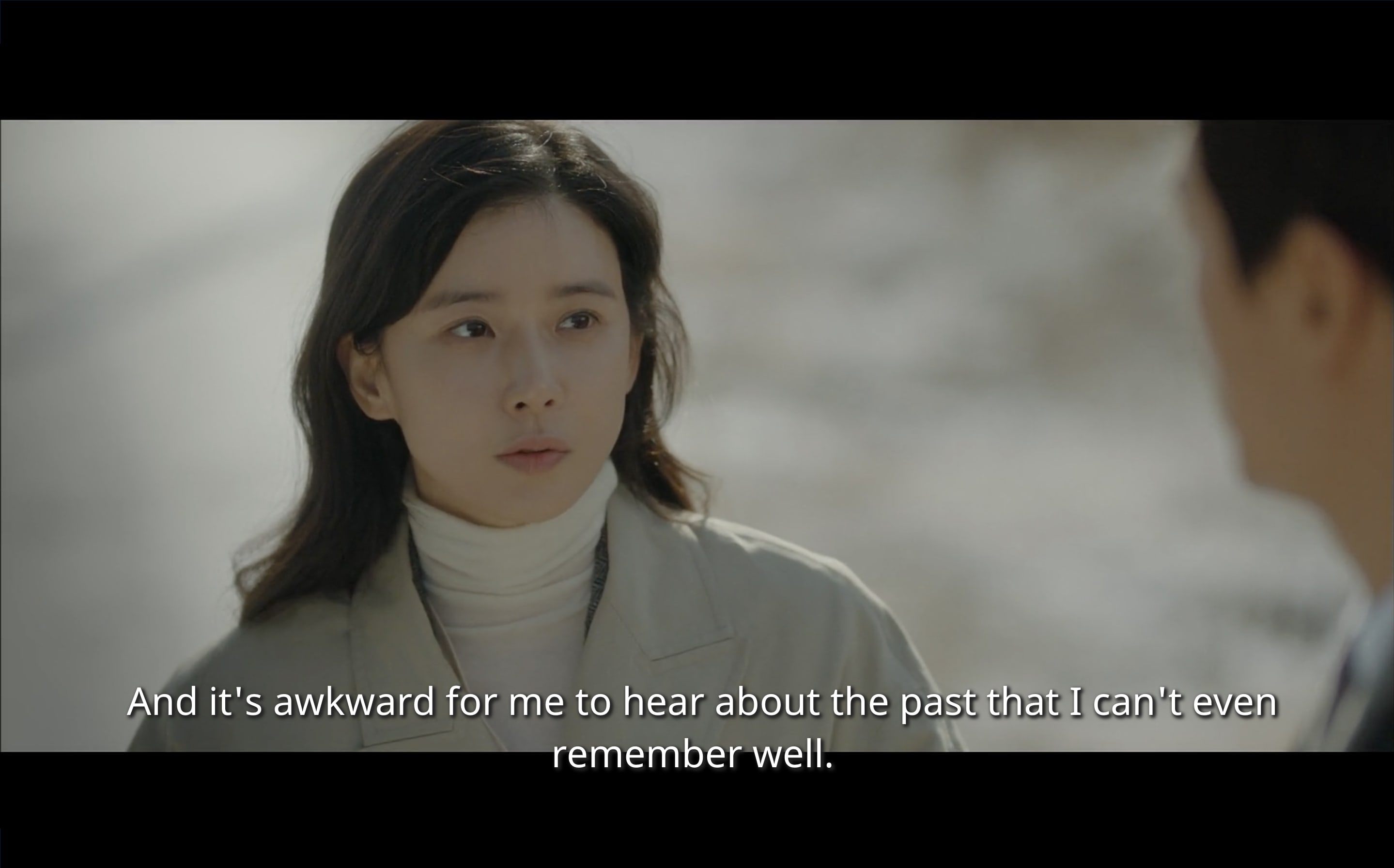 After parting ways with Ji Soo, Jae Hyun’s curiosity about her life leads to unfavorable behavior.

He asks his driver, Kang Joon Woo (Kang Young Seok), to look into her life. After discovering that she’s divorced, Jae Hyun follows Ji Soo around with Joon Woo. They stakeout the convenience store she frequents to discover where she lives and he buys her expensive gloves since she isn’t wearing any. While none of it is done with ill intent since it’s clear Jae Hyun is worried about her, he’s overstepping the boundaries Ji Soo set in their earlier encounter. Fortunately, he stops his pursuit and calls himself out once he discovers she’s protesting against his company. 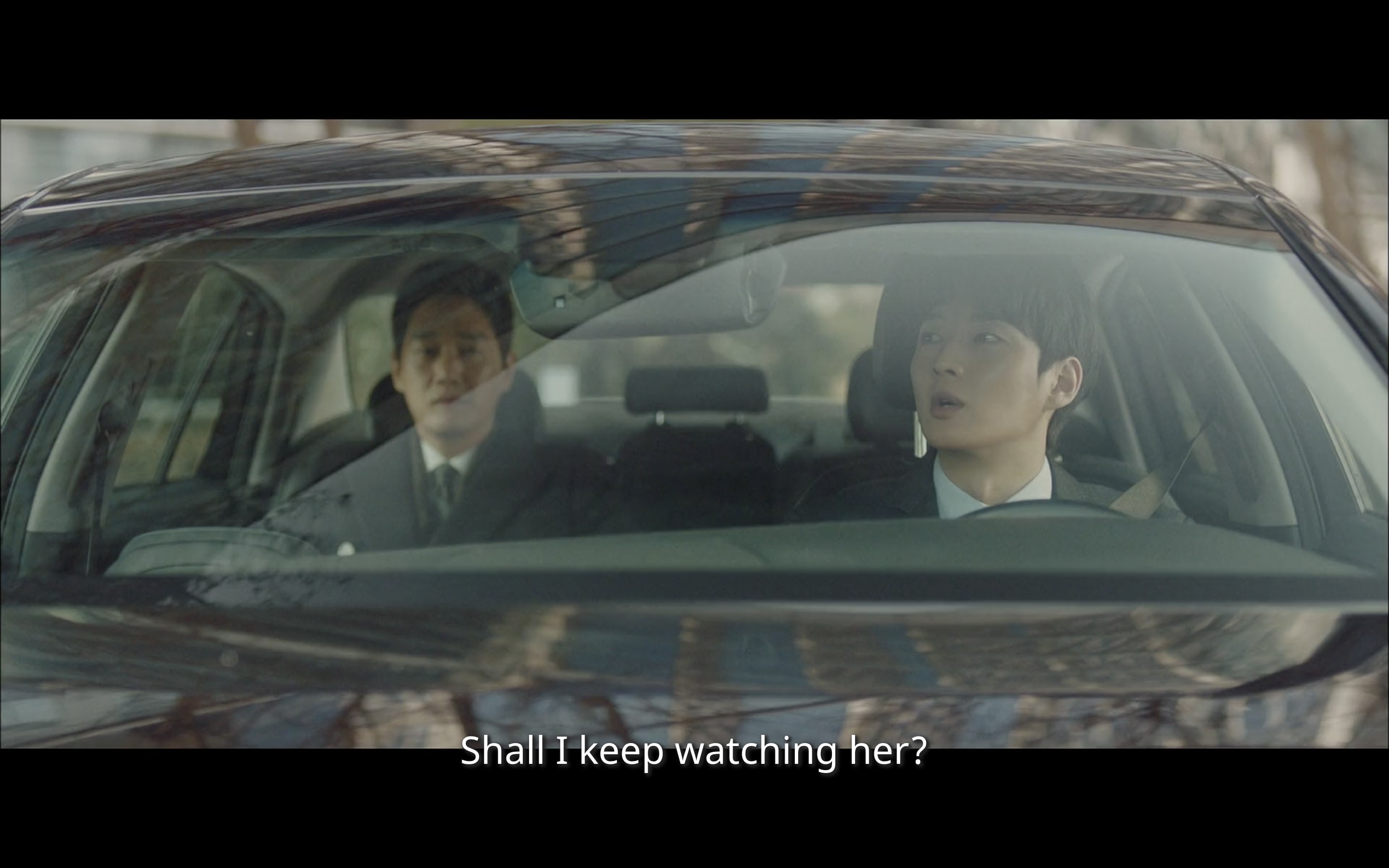 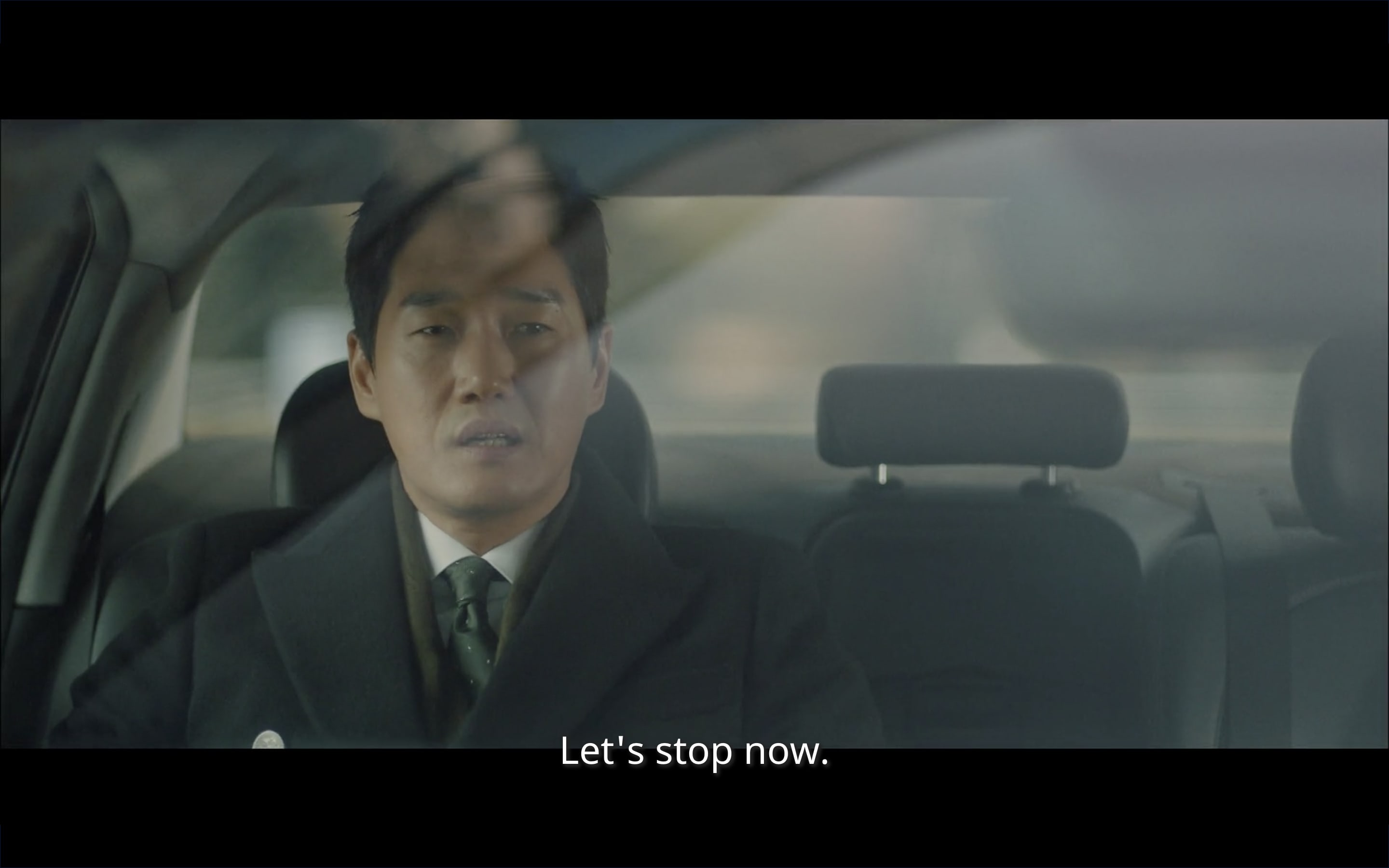 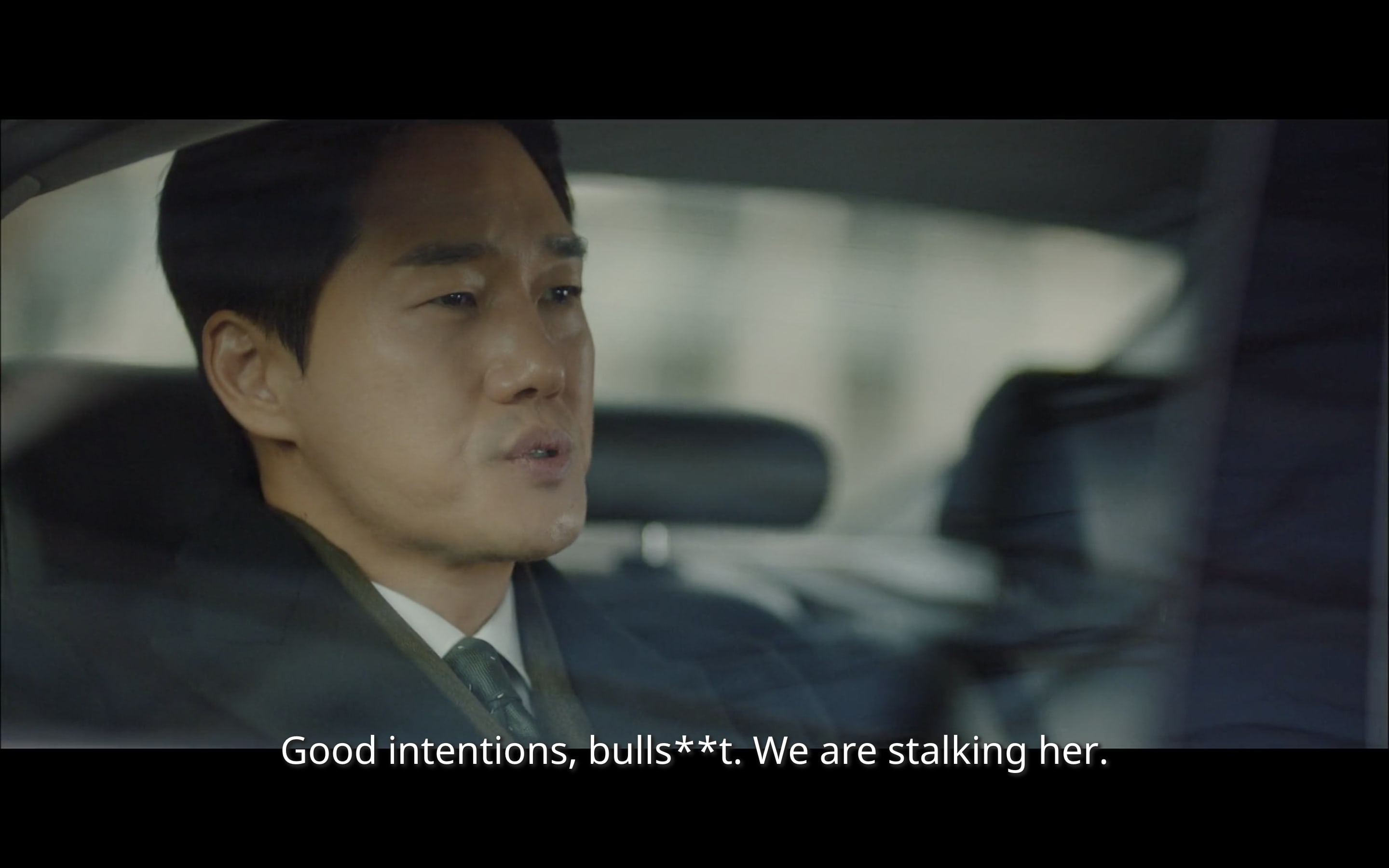 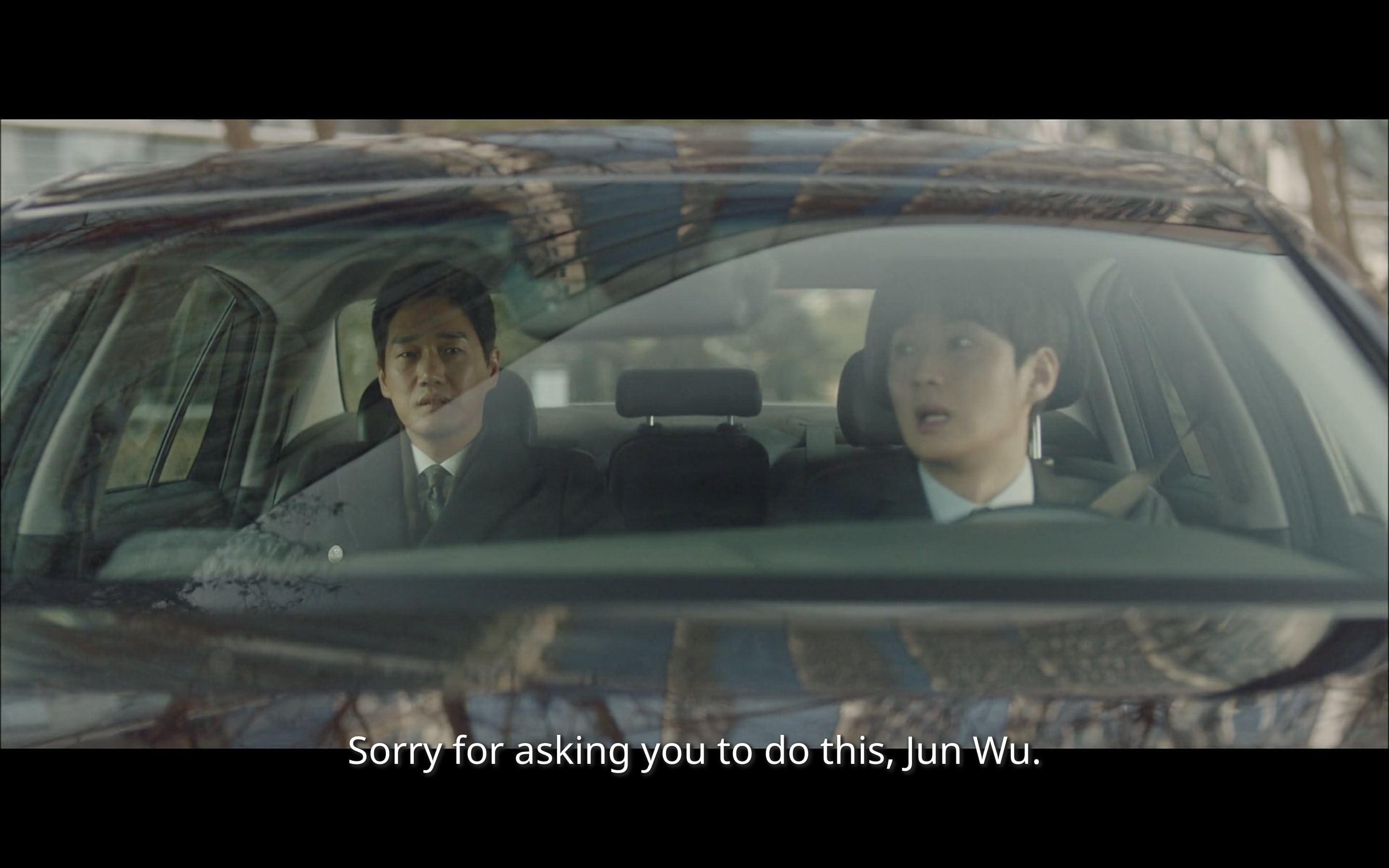 While it still isn’t cool that he takes part in such behavior without Ji Soo’s consent, it’s nice that he calls himself out and stops the behavior before taking it too far. This kind of commentary isn’t commonly found in dramas, so this scene is a very pleasant surprise.

While not everyone looks for realism in dramas, it can be a common complaint when characters reunite after years and recognize each other’s faces immediately. It’s definitely a romantic notion, but “When My Love Blooms” takes the opposite approach and instead has Jae Hyun recognize Ji Soo from her habits instead. He first catches a glimpse of her playing piano and the music is enough to bring him to tears in front of his colleague. While he doesn’t get the chance to make any confirmations, fate reunites them again at their children’s school. He is caught off guard by her voice, and he ultimately recognizes her from her habit of stretching her fingers. 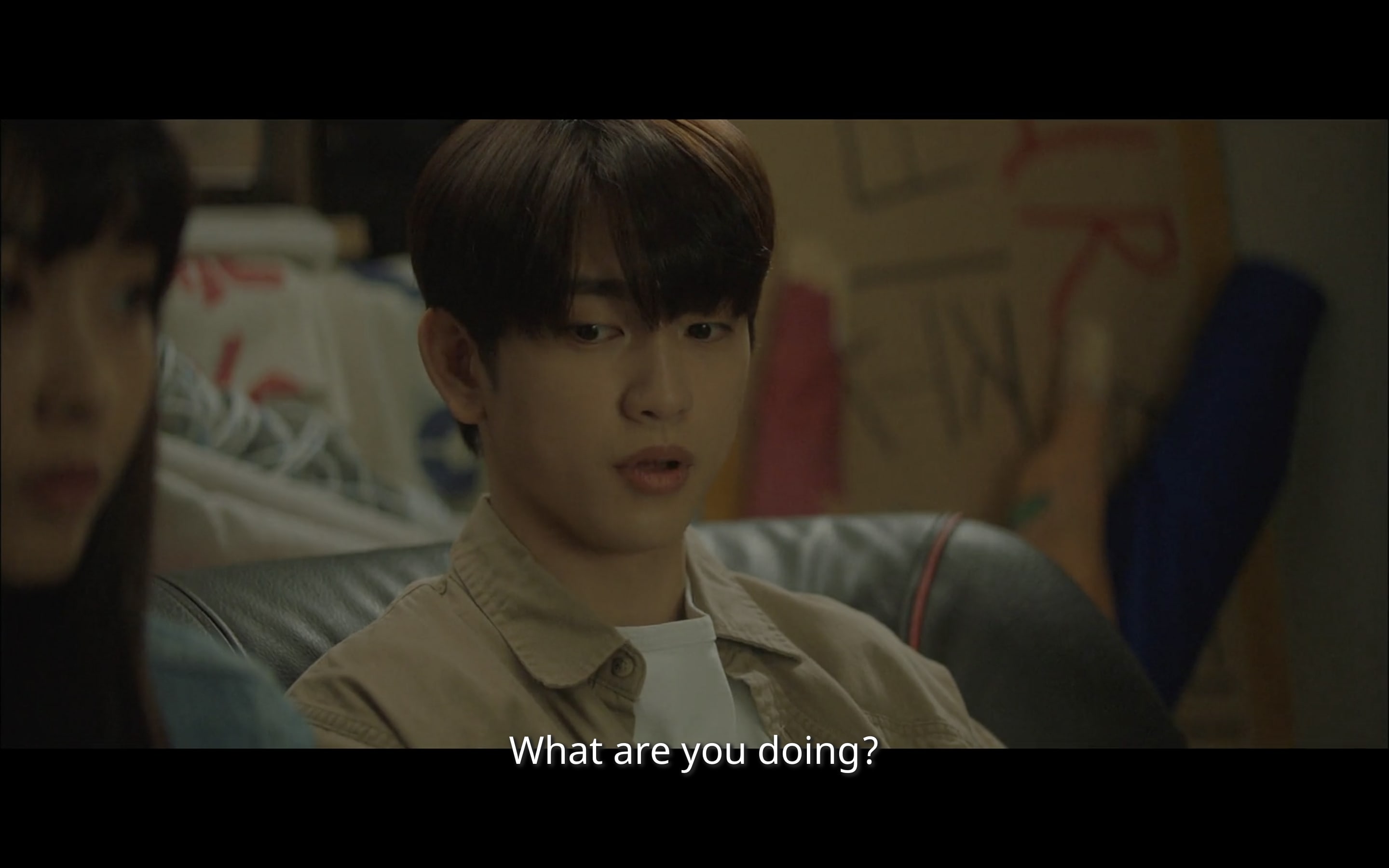 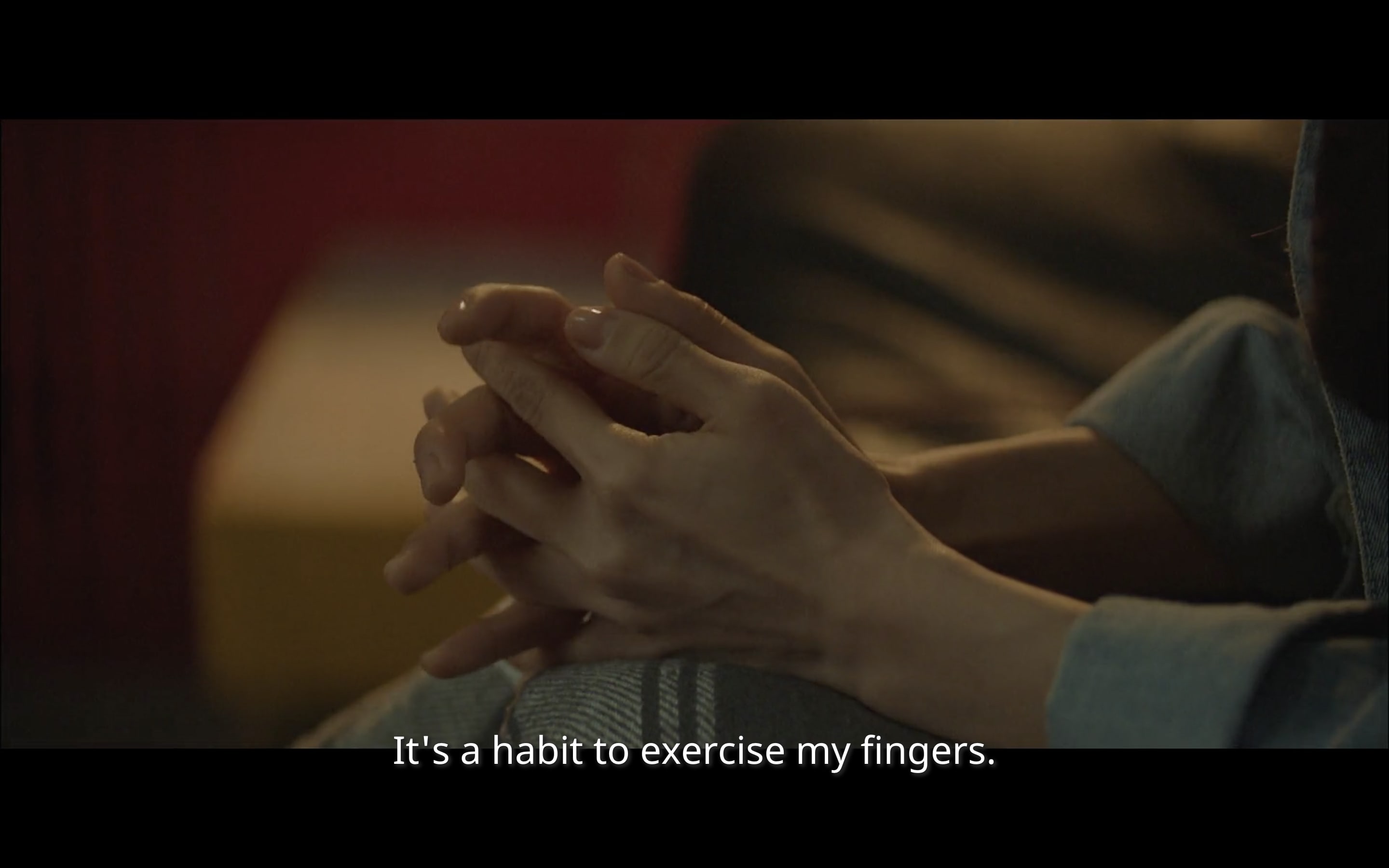 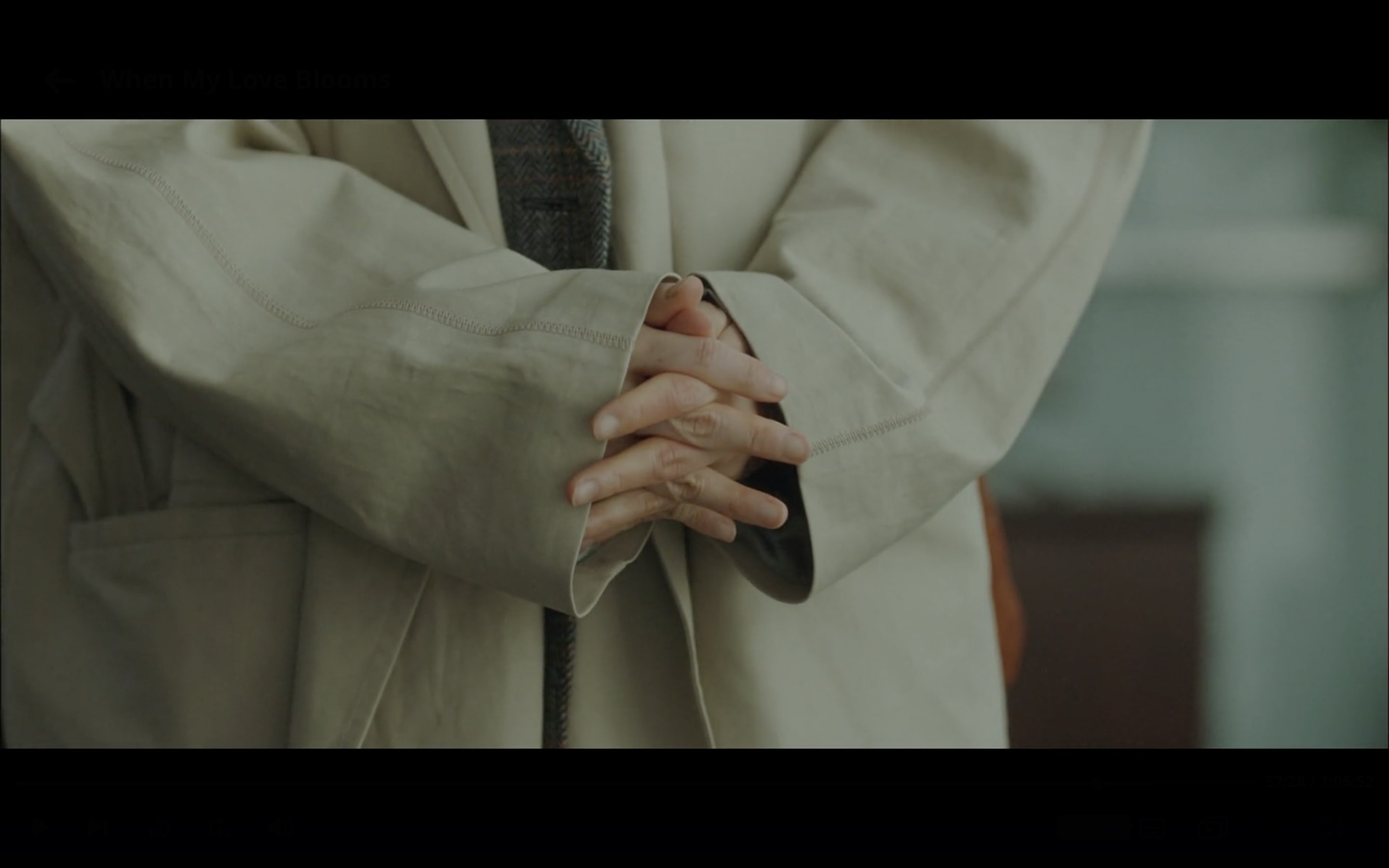 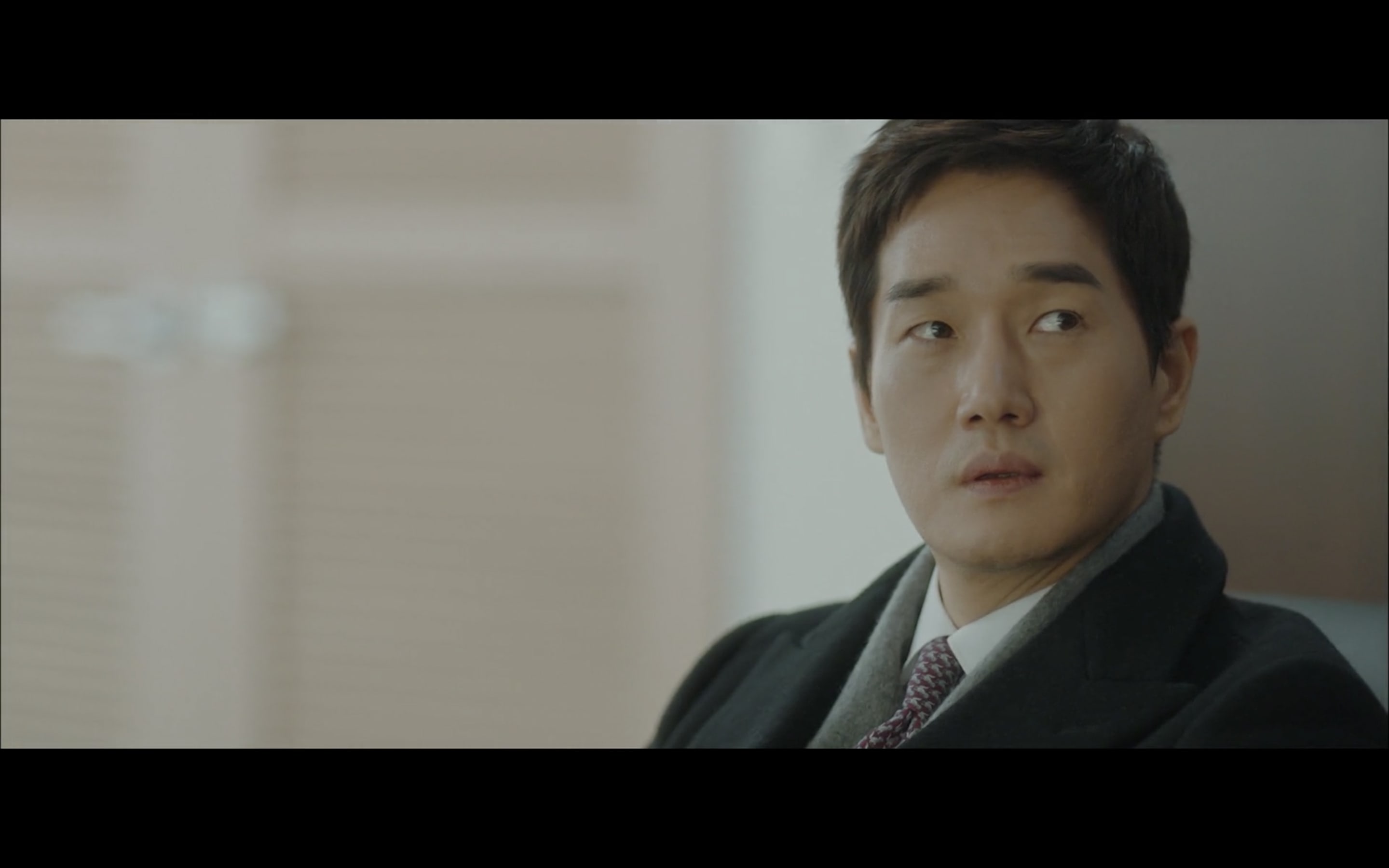 These tiny details really clue in on how much Jae Hyun remembers and cares for Ji Soo. It’s clear the time they spent together really made an impression on his heart, which makes you want to root for their romance even more. Couple this with the fact that Ji Soo’s been carrying around the handkerchief he gave her in college all this time and your heart is sure to swoon. 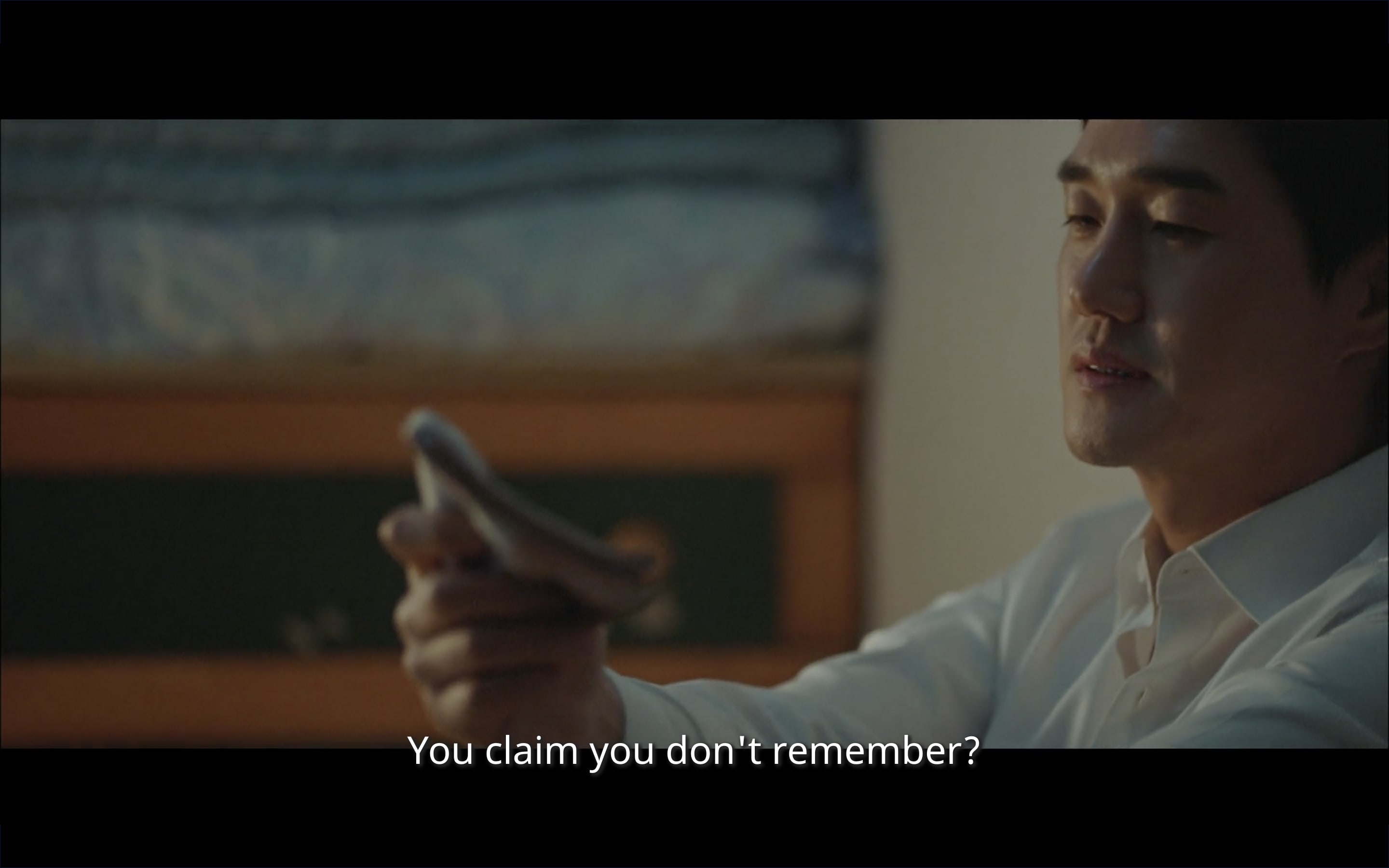 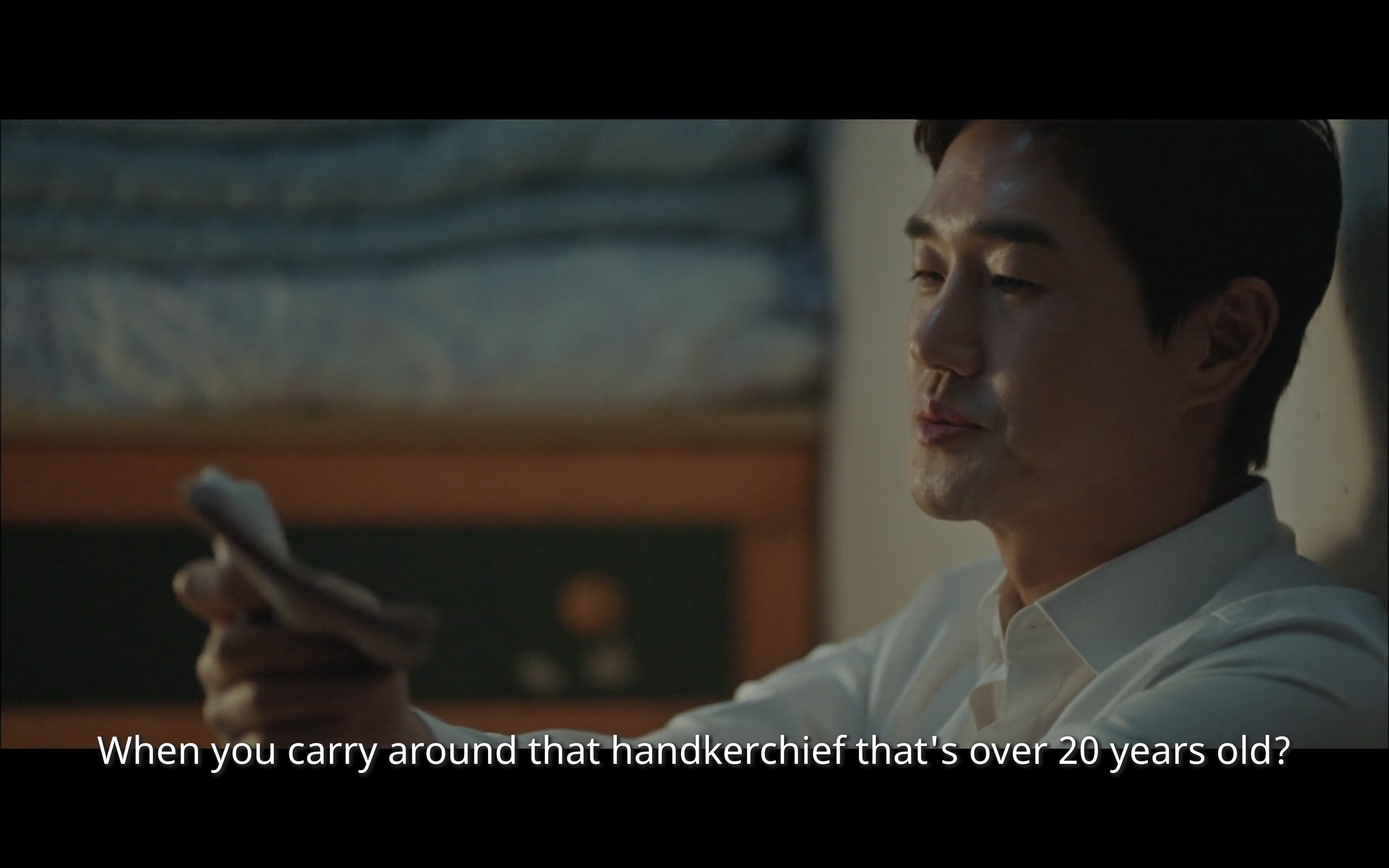 One of the best scenes is when you see Jae Hyun’s fiery re-entrance into Ji Soo’s life as she finds him speaking at a school movement. GOT7’s Jinyoung easily portrays Jae Hyun’s conviction and passion for injustice to be corrected. As a viewer, you can’t help but be enthralled and downright inspired by Jae Hyun, much like Ji Soo is. 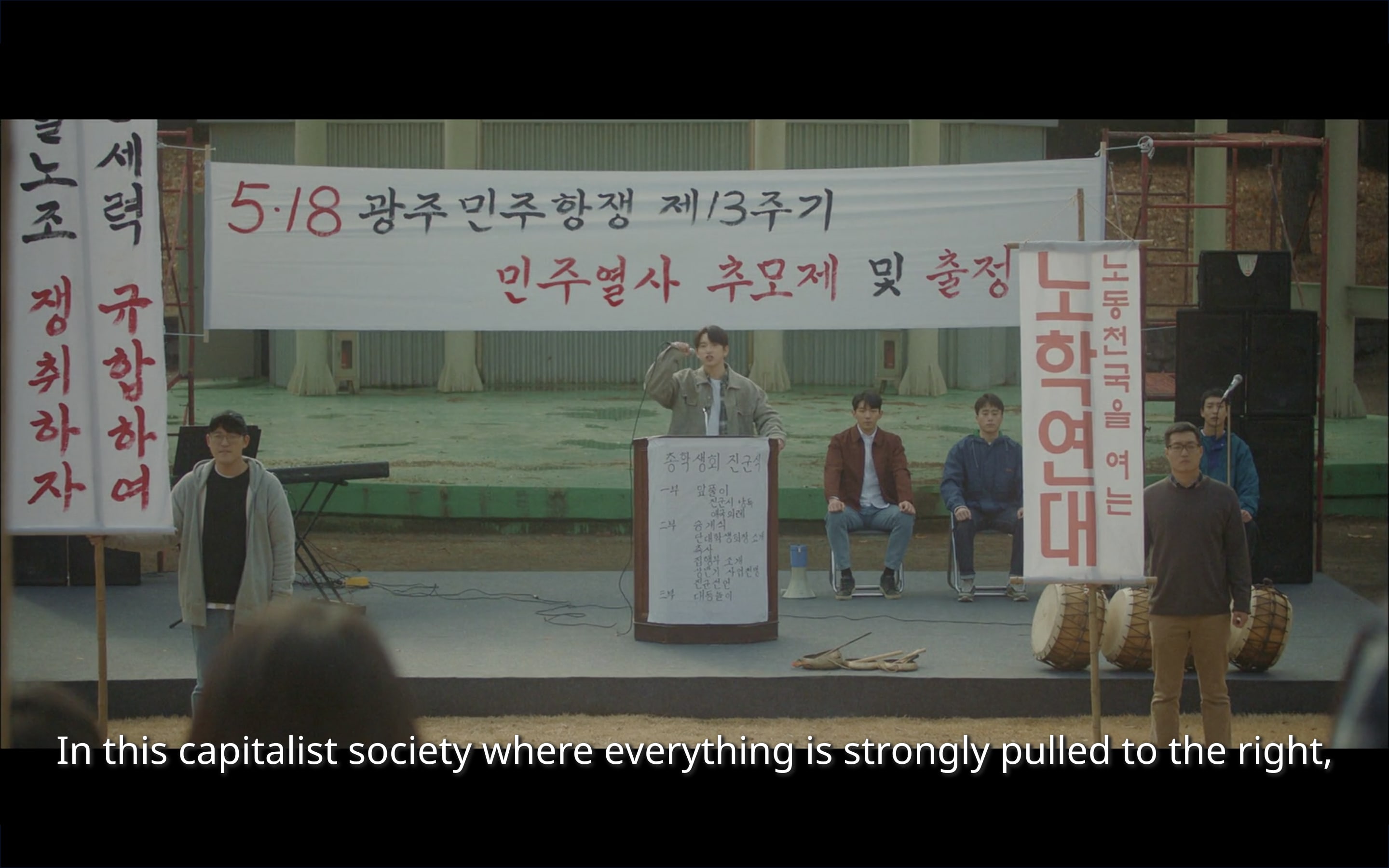 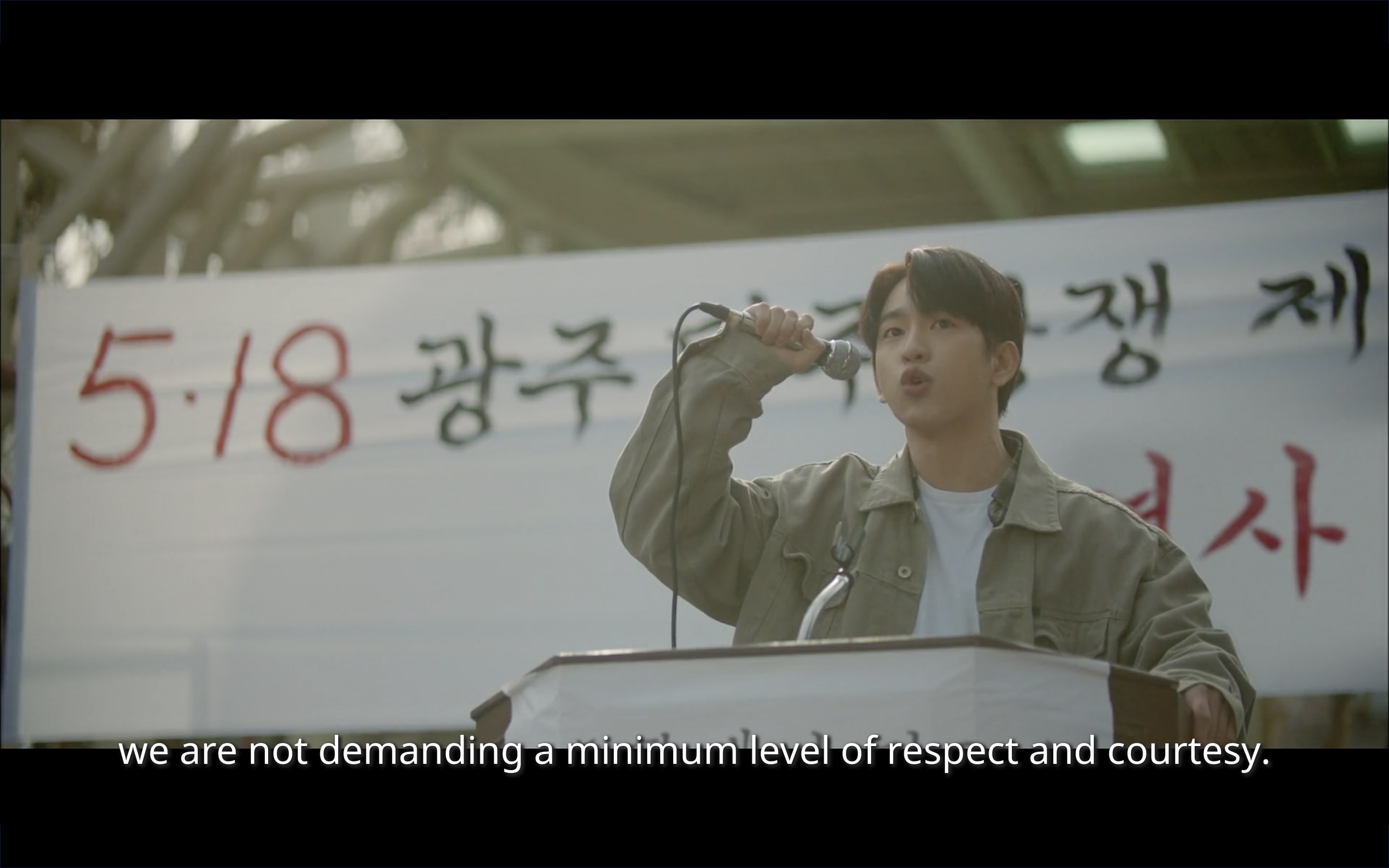 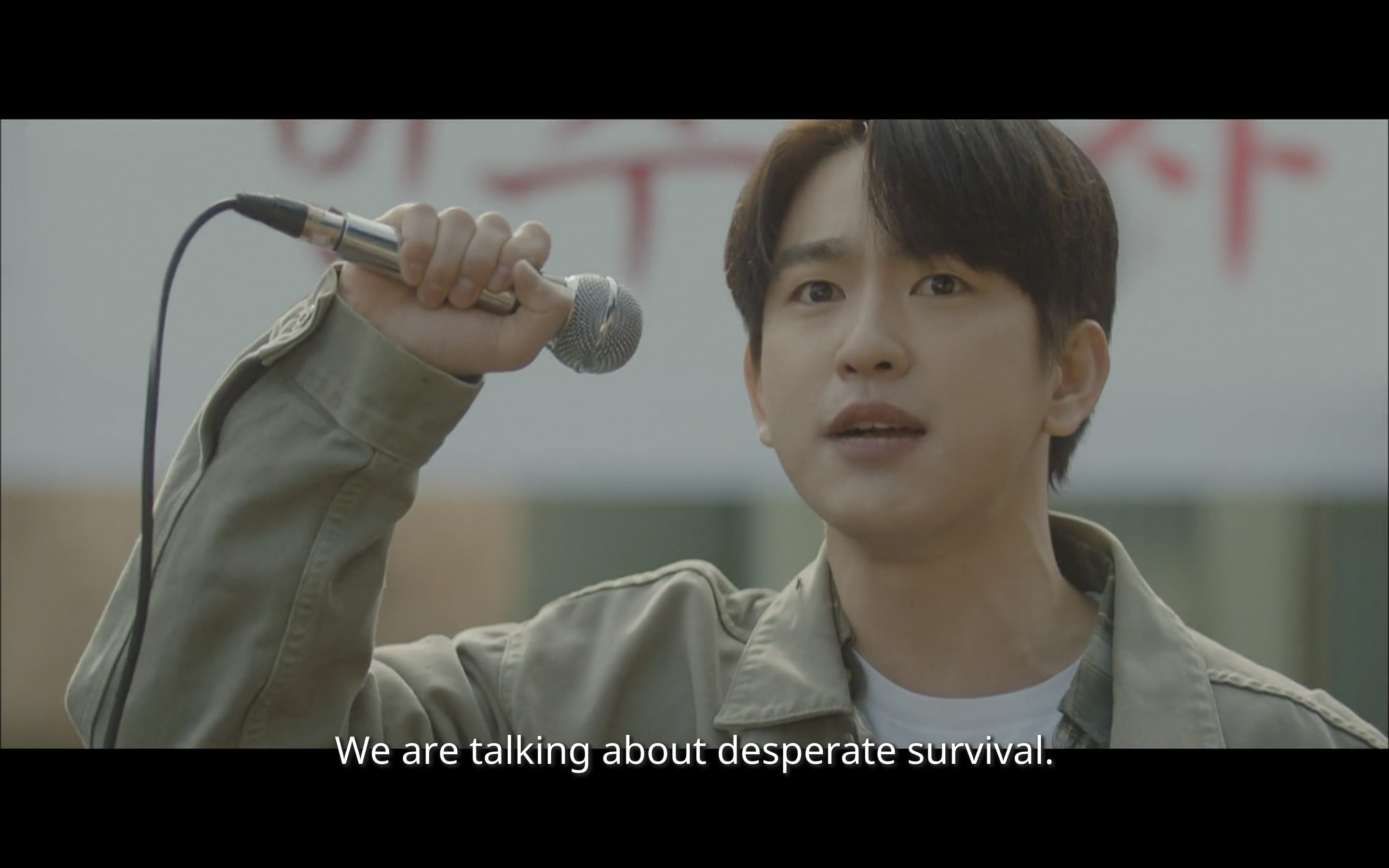 However, in the present, Jae Hyun has completely changed his tune. He works for a company that has mistreated its workers and he is working to help get rid of the protestors. 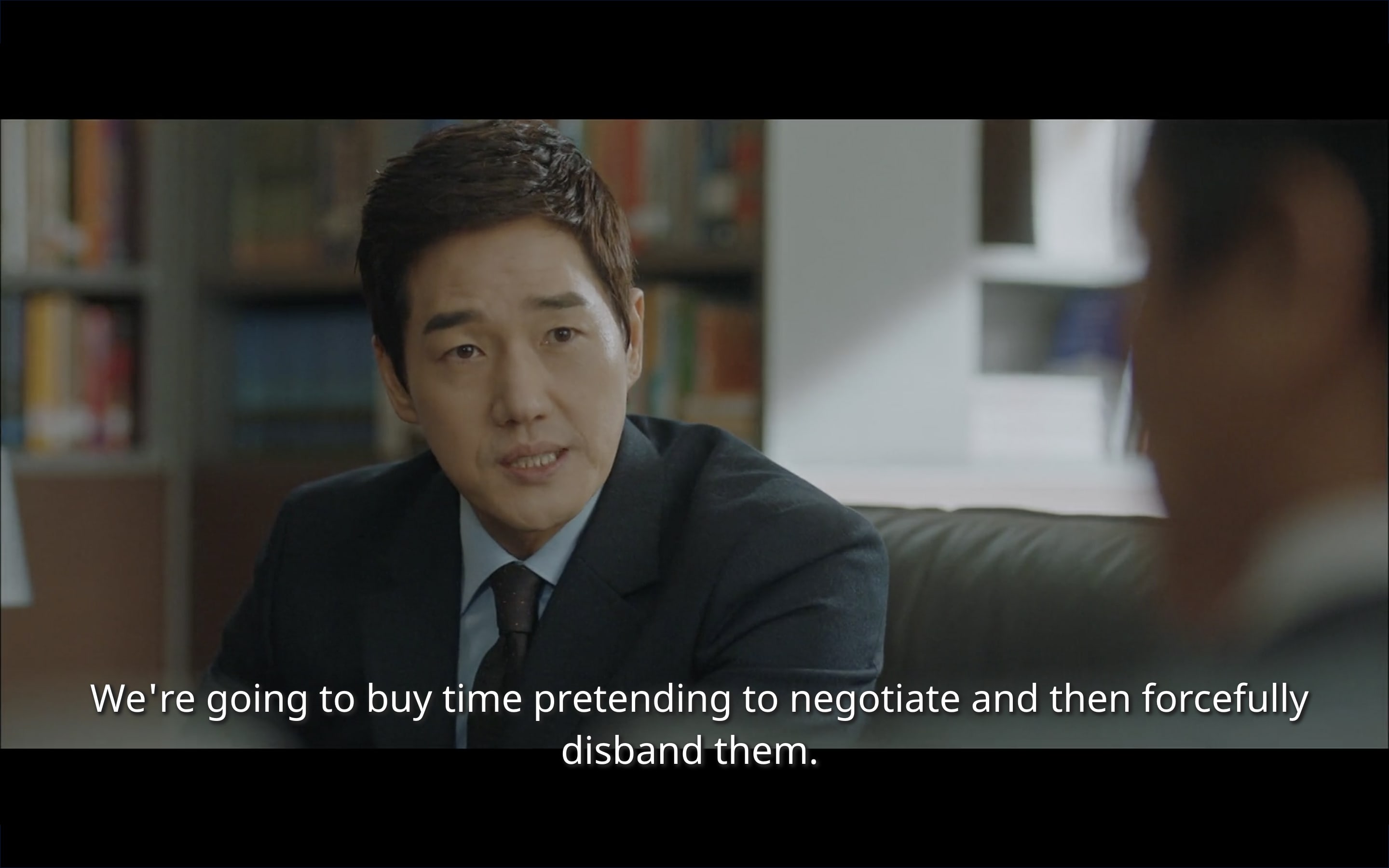 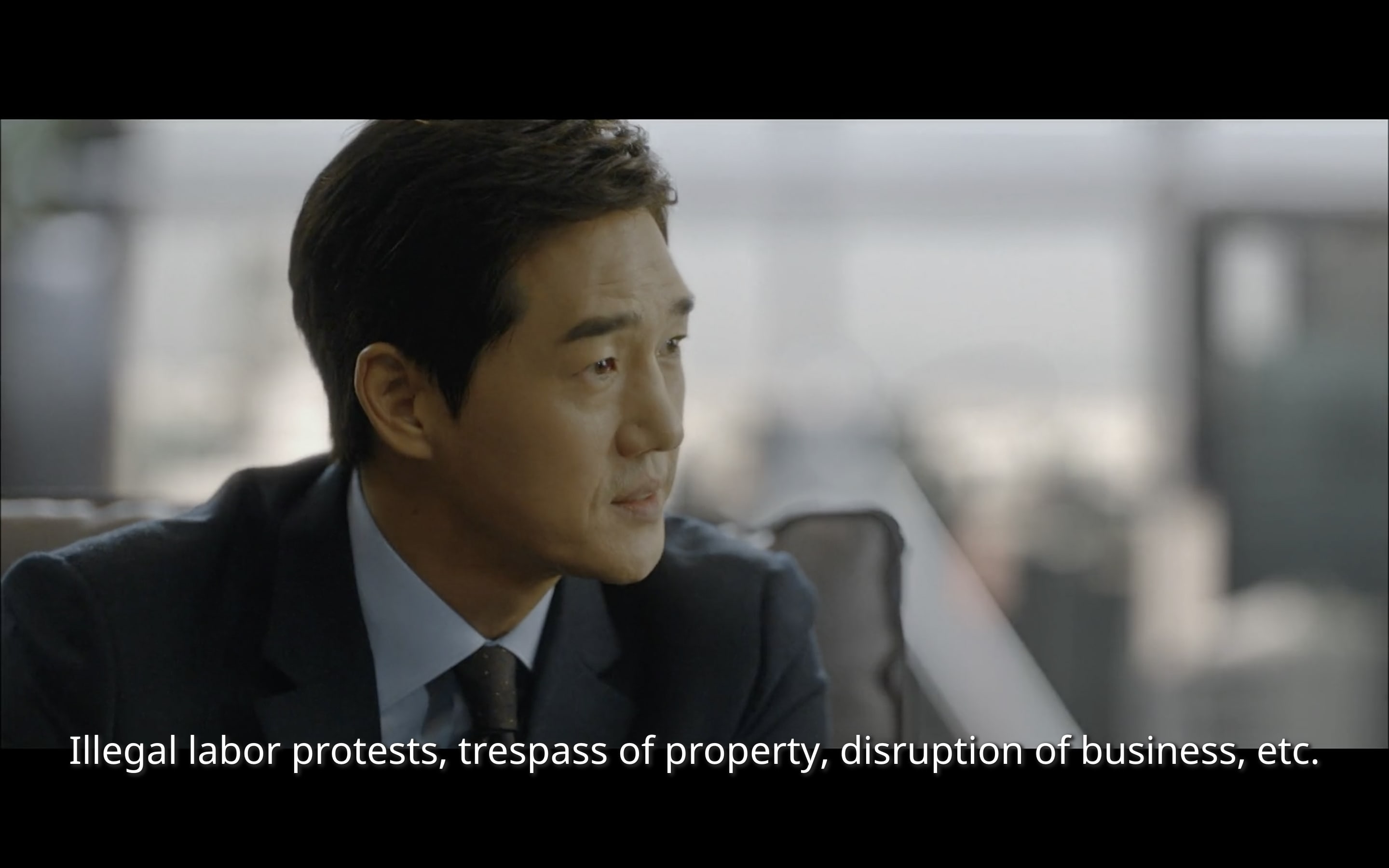 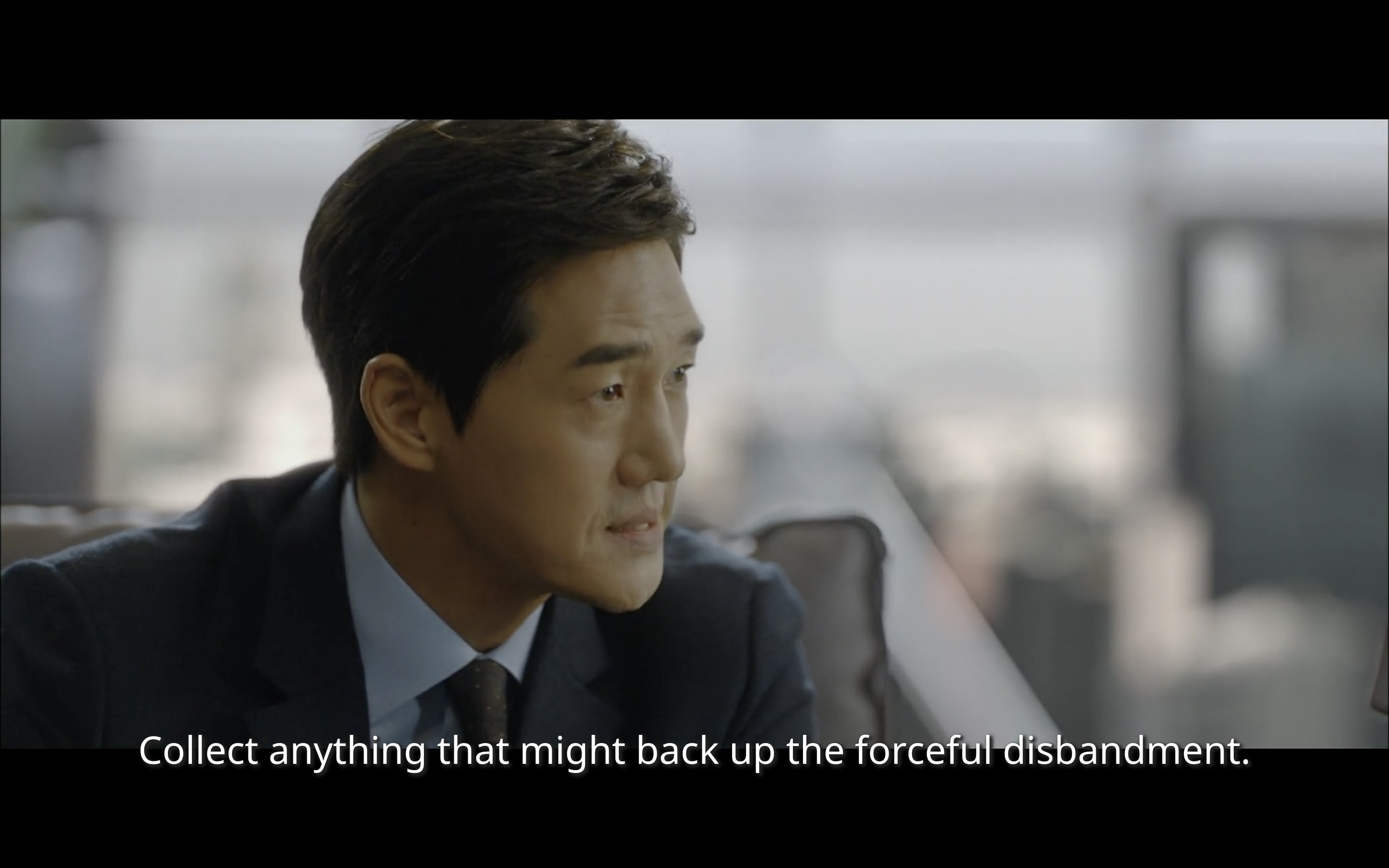 It’s disheartening to see how he has changed so drastically. The drama does hint that he seems to have some sort of plot going against his in-laws who run the company, but so far, it hasn’t been expanded on. So it’s hard to truly tell where he stands. 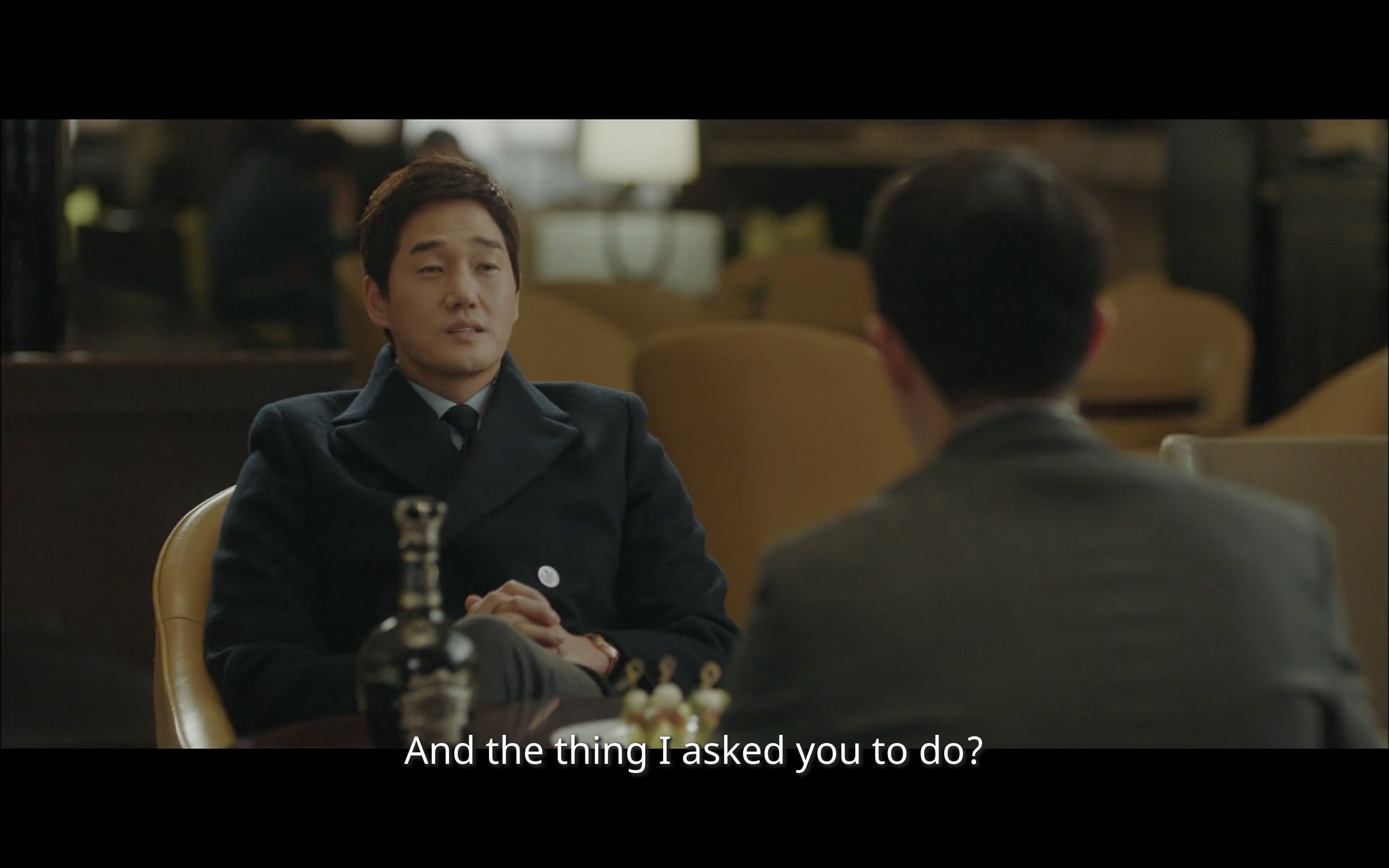 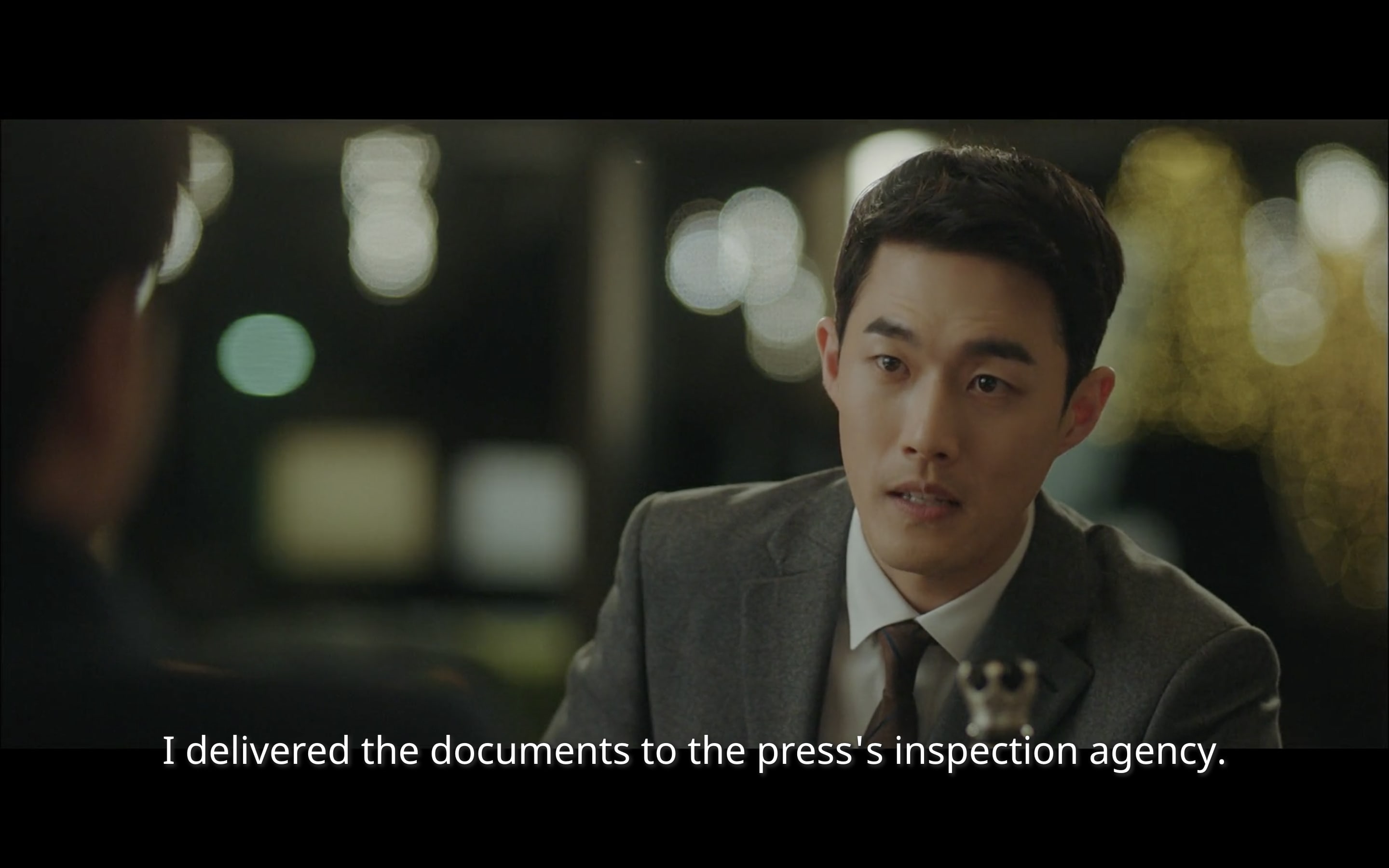 However, it does add quite a bit of intrigue to his character. What exactly happened in the past decades that made him change his personal values? Does he have a bigger scheme at play? Hopefully, as the drama continues we will come to find that his passion for human rights is still kicking.

Catch the first episode of “When My Love Blooms”:

What did you think of the premiere episodes of “When My Love Blooms”? Are you anticipating the next episodes? Let us know in the comments below!

Currently watching: “Memorist,” “A Piece of Your Mind,” “When My Love Blooms”
All-time favorite: “Strong Woman Do Bong Soon,”
Looking forward to: “So I Married an Anti-Fan”