GOT7 Talks About Their Favorite Activities, Jinyoung’s New Drama, And What They’d Tell Their Younger Selves

During the show, GOT7 talked about various topics like their favorite things in life, the advice they would give their younger selves, and whether they watch Jinyoung’s new drama.

For their latest comeback with “Not By the Moon,” JB sported a longer hairstyle. JB explained, “After staying at home for a while, it just happened that my hair grew long.” DJ Choi Hwa Jung complimented him by saying he looked like a romance comic book character.

When asked about the things they loved, Mark picked his dog and playing video games. BamBam also picked his pets, as well as cleaning and managing the house. Jackson quipped, “I like going on your radio show.” JB said, “I like to sleep. My sleeping pattern is broken, so if I sleep, I sleep almost half the day. I am starting to realize the seriousness of sleeping too much.”

Yugyeom said, “I like listening to music, singing, and dancing.” Youngjae said, “I was going to talk about my love for music as well. It’s something that I can’t let go. No matter how tired I am, I do it for at least 30 minutes. I won’t do things I don’t like or can’t do. I like doing things that I can do well. I think that for the things I can’t do, someone else will be able to do it better.” He modestly added, “I am the worst at dancing in the group.”

Jinyoung said, “I like to manage my health. I try to wash my hands often. I like taking vitamins and omega-3 supplements. I’m not at the stage where I seek out organic products yet. I am not at the level of the big Jinyoung, I am still the little Jinyoung.” (This is a reference to JYP’s Park Jin Young, who is known to have a serious interest in organic food and health supplements.)

As GOT7 approaches their seventh year together (they debuted in 2014), the members were asked about what advice they would give to their rookie selves. BamBam said, “I would tell them to change their hair salon. I thought it was cool at the time, but I was wrong.” He joked, “I became a person after we changed our hair salon.”

JB said, “I wonder what it would’ve been like if we had debuted a year later. It wasn’t just the hair salon, but there were many things about which I would have told my younger self to push forward with his own opinion. I have a lot of regrets about that whole year, so I want to take it out.”

He added, “I don’t know how I wore those clothes early in my debut. They said it was a ‘marbling’ concept, but I had to grit my teeth to put it on. I am amazed that I was able to do it.”

Jackson said, “I think that we all needed to work out a bit more.” Yugyeom added, “When we went out on the Idol Star Athletics Championships, we didn’t rank very high.”

Choi Hwa Jung brought up Jinyoung’s new drama, tvN’s “When My Love Blooms,” and Jinyoung said, “The members watch it secretly. Except BamBam, who doesn’t watch.”

BamBam responded, “It overlaps with another drama. I was watching that drama first, so I can’t cut it off.” Jinyoung said to BamBam, “I will watch all the dramas you appear on, though,” and BamBam replied, “I don’t think I’ll be appearing in any dramas to begin with.”

Yugyeom said, more seriously, “I get the feeling of first love [when I watch the drama].” 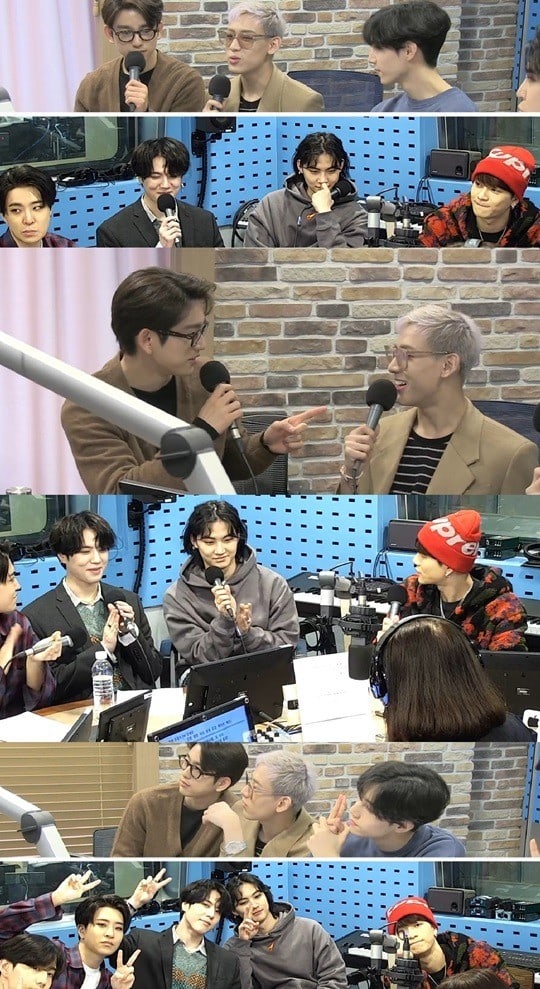 You can check out the latest episode of “When My Love Blooms” here!