Minzy Shares How She Felt While Seeing Sandara Park’s Musical, Reveals Plans For New Music, And Tearfully Thanks Fans

Minzy spoke with fans in her first live broadcast on YouTube, where she talked about recent struggles and shared her plans to gift fans with a new song.

“This is my first time doing live streaming, I’m so nervous!” said Minzy as she talked in a mix of Korean and English. “I missed you, I love you.”

“A lot of people are at home because of COVID-19, please keep washing your hands well,” she said. “I’ve been staying at home and watching Netflix all the time. I’m also cooking for myself too.” Minzy laughed over how she couldn’t even read the comments because they were going by so fast, and she happily greeted fans around the world. 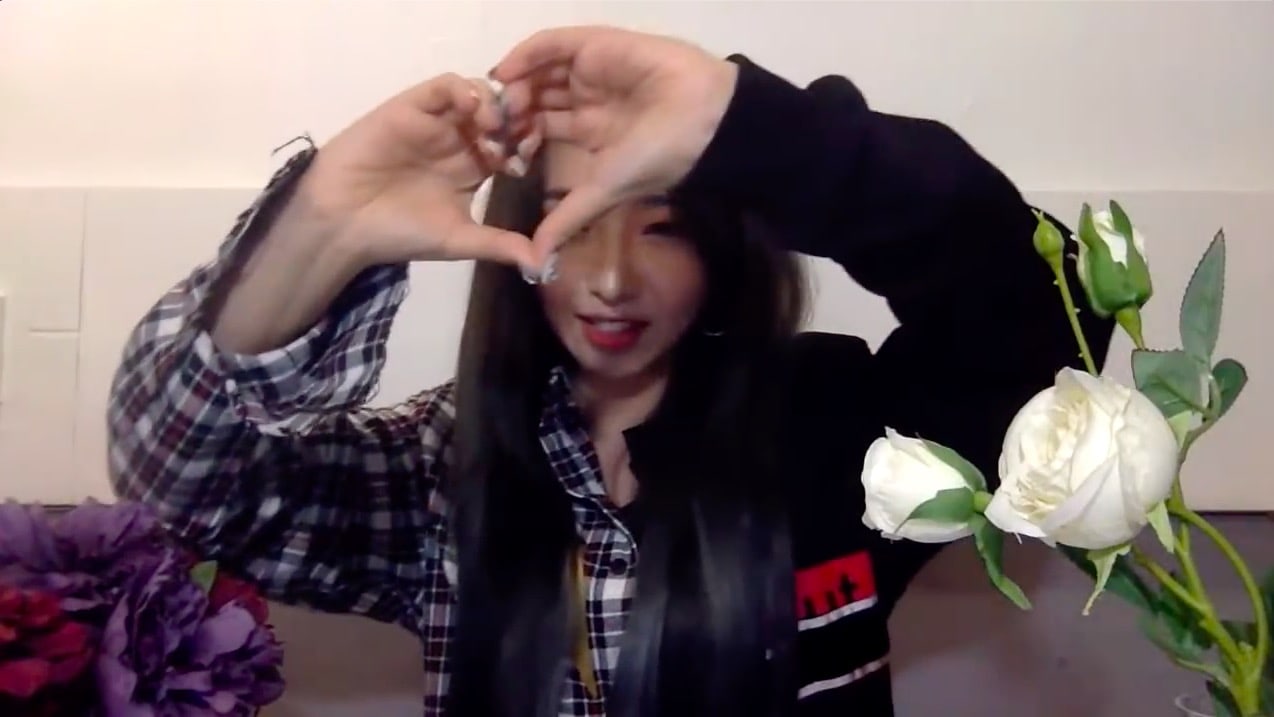 She shared, “My sister got married recently, so I sang a congratulatory song for her. I was really touched at the wedding. I felt so happy and touched when I was singing the lyrics.”

Minzy also misspoke when she said that she’d sung Paul Kim’s “Every Day, Every Moment,” and she explained that she was just so excited to be speaking to fans again. “I need to calm down!” she said. “I can’t calm down. It’s been a long time. It’s been almost three years since I’ve talked with you like this. I think I can’t calm down and you can’t either. Right? I should do this often in the future!”

Minzy recently went to see Sandara Park at her musical “Another Oh Hae Young” and she said, “I felt nervous when I went to see it too. I was really excited and I met her for the first time in a while. Dara’s also really gotten better at singing and I could see how much she’s improved, so as her fellow member I was so proud and happy.”

“It made me think, ‘Each of our members are all improving while they do their own cool things,'” she said. “I’ve had a good time recently meeting Dara and other people.” She also shared that the musical was a lot of fun and recommended it to fans.

Minzy said, “I’ve been listening to different music like new stuff like Justin Bieber, and hip hop and R&B, and I’ve been listening to Dara’s musical soundtrack too.” When asked if she plans to rap in the future, she replied with a laugh, “Yes, I will rap! If I have a chance, I really want to release a rap song.”

She mentioned again how happy she was to be talking with fans for the first time in three years. “I’m so happy I can’t express it in words,” she said. “I didn’t know so many people would join. I love you.”

Minzy went on to say, “As you all know, a lot has happened lately. To be honest, I wondered if I’d be able to see you all again.” She then began to tear up as she said, “Being able to see you again has made me so happy — why am I crying?!” 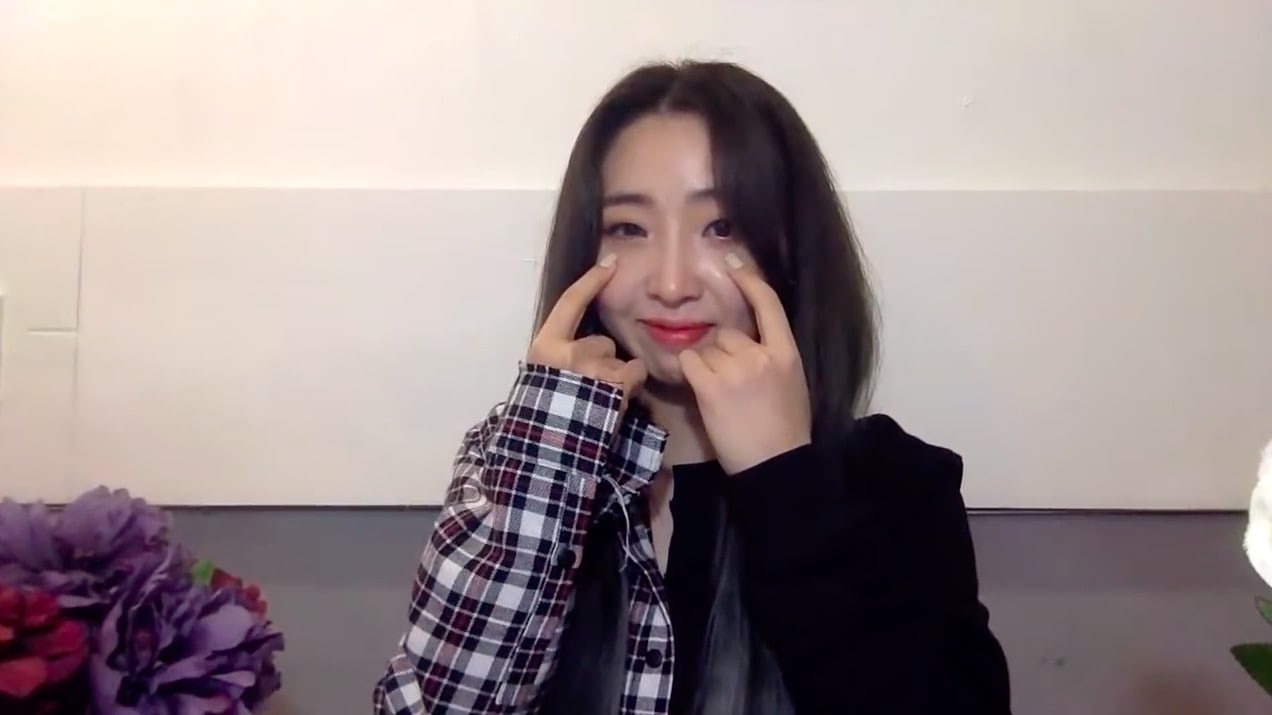 “I’m so — Thank you so much,” she said in tears. “I really missed you. Thank you for waiting for me.” She shared that messages of congratulations and support she’s received have given her a lot of strength. 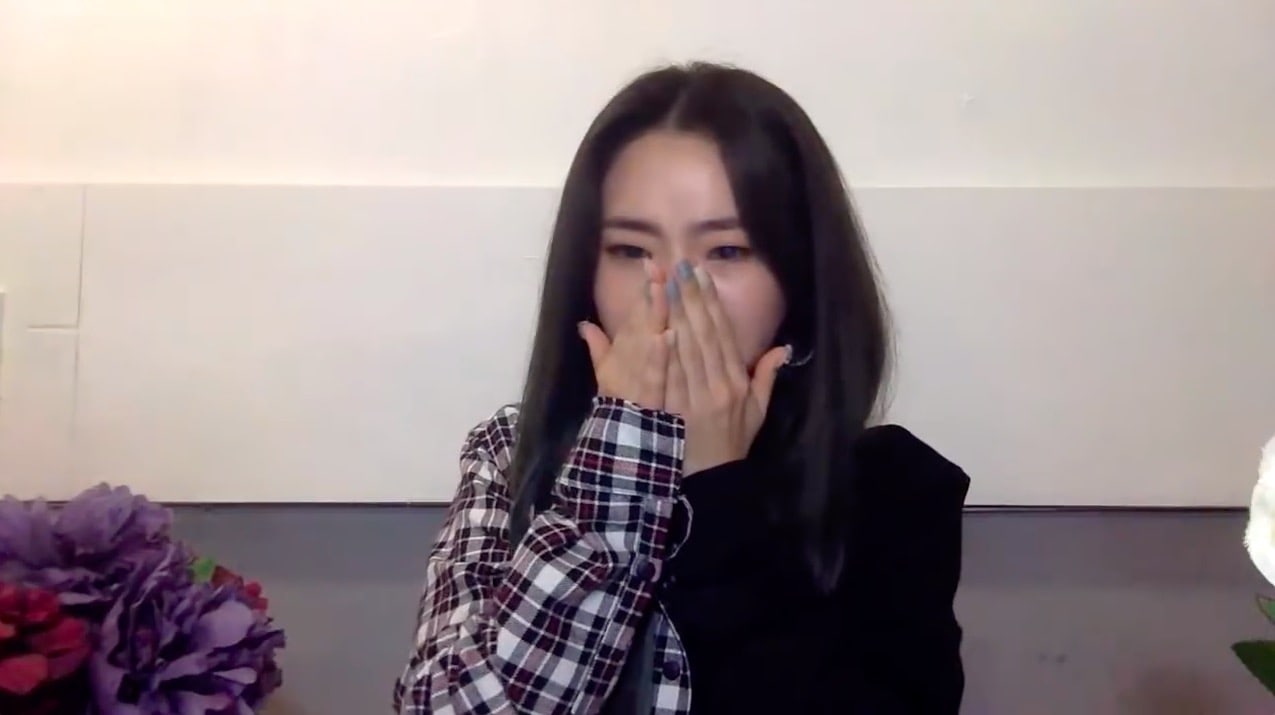 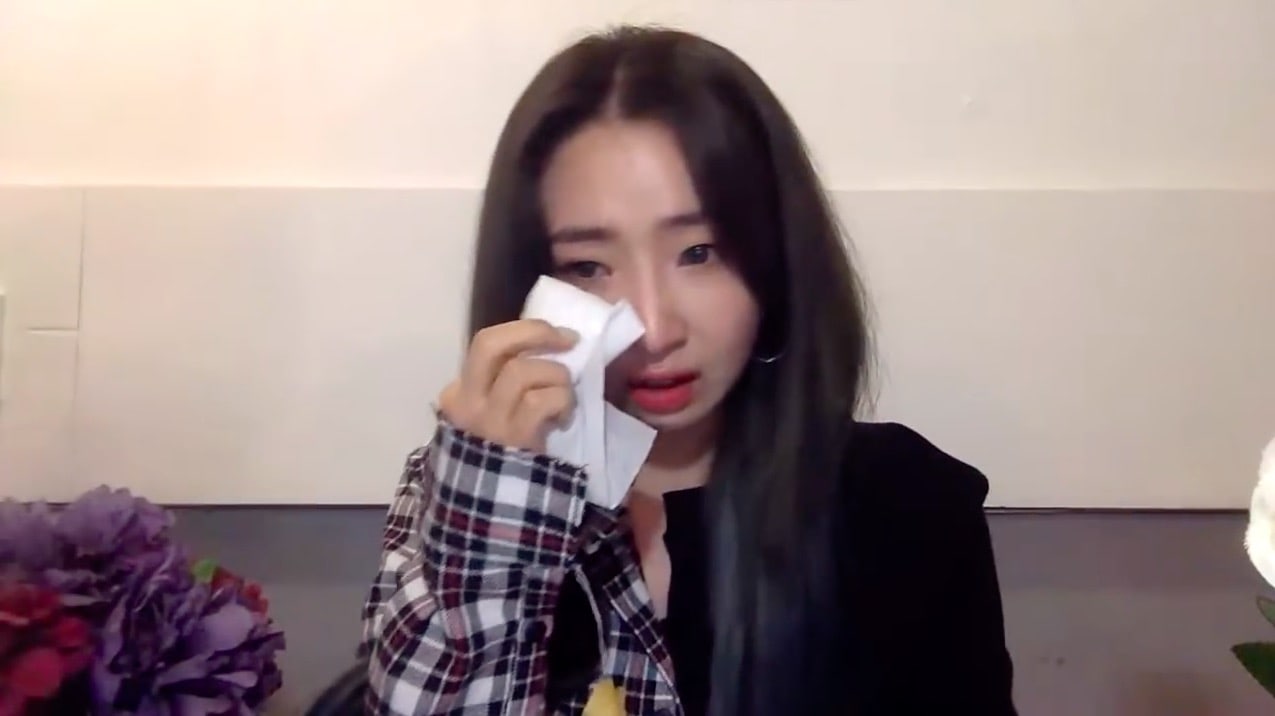 “To be honest, while I’ve been waiting for a long time, like you’ve all been waiting, I thought that the best way to make it up to all of you would be to quickly give you a good song,” she said. “While I kept being on hiatus, I spent my time writing lyrics and making music. So I’m finally able to give you all a gift!” She shared that she’ll be releasing a new single soon, possibly in May.

“Honestly, if I were to say that I didn’t go through a hard time, that would be a lie,” she said. “While I was waiting, I wrote about all the times I’ve gone through in my lyrics. So the song that I’m going to be giving you is one that I wrote the lyrics for. I think that now although it was a hard time, I gained strength through you, who are like a light to me. I think this song is one that will give courage to you and to me.”

She shared that she’s planning lots of activities and said, “I made this song for you, so I hope that you enjoy it and feel happy when you listen to it. Honestly, everything that I’ve done so far has been possible because of you. You know that, right? I’m so grateful, I love you.” 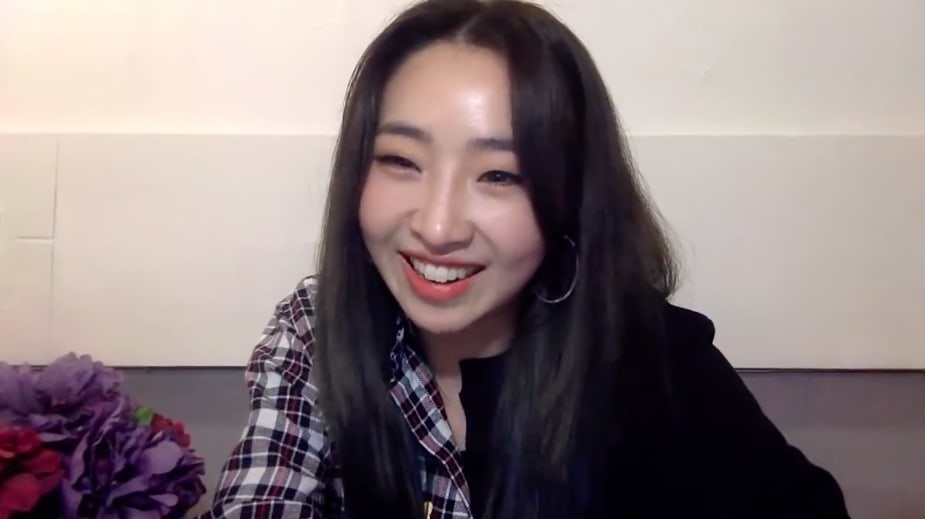 She explained that she’d cried due to a mix of happiness to see fans, sadness, and gratitude over her fans waiting for her. She said in English, “I have a lot of emotions right now! Thanks for waiting for me.” She assured fans that she plans to continue to release more songs.

Minzy also shared that she’ll be working on a project in the Philippines and said she thinks she’ll be able to meet fans there a lot. She signed off by sharing her love and gratitude for fans once again.

Minzy’s most recent release was the single “All of You Say,” which she shared in December 2018. She was not able to promote for over a year since then for reasons such as her legal dispute with her former agency The Music Works. She recently shared that despite the agency’s promise to support her, she had only released one album in her four years with them and received barely any support and zero profit.

Earlier this month, Minzy announced her departure from The Music Works after coming to an agreement with the company.