Kang Ji Young will try to succeed at her professional and love life in “Late Night Snack Man and Woman” (literal title)!

On April 30, viewers got a glimpse at Kang Ji Young’s first appearance in a Korean drama in five years.

Kim Ah Jin is someone who laughs a lot, likes to drink, and enjoys delicious food. As a contract variety show PD, she bears each day thanks to her optimistic mindset and passion, and by looking forward to a yummy late-night snack at Park Jin Sung’s bistro. She’s presented with the opportunity to make her directorial debut if she can make the show “Late Night Man and Woman” a success.

New stills show Kim Ah Jin’s honest and confident personality. Although she had a difficult day at work, she smiles brightly in front of a refreshing drink and tasty treats. Her passion is still alive even after hours as she tries to cast the chef of her favorite restaurant. Will she able to win over viewers’ interest and Park Jin Sung’s heart? 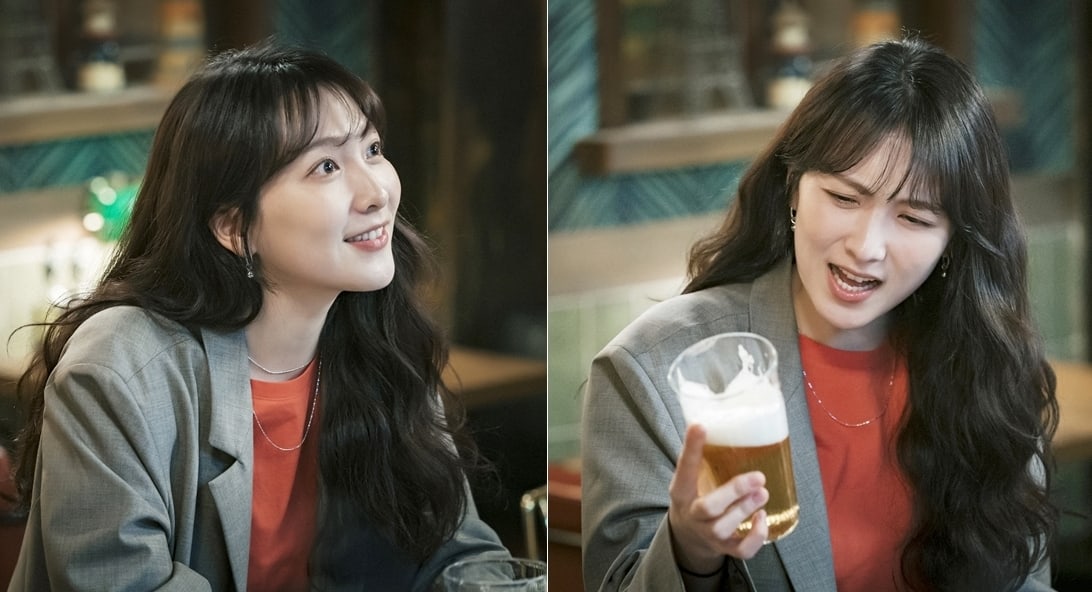 Kang Ji Young has built up her acting experience with projects abroad and will be showcasing her skills through this Korean drama.

A source from the drama said, “Kang Ji Young has great passion like Kim Ah Jin. She also adds energy on set and is creating amazing chemistry with her co-stars. You’ll be able to discover new charms that you haven’t seen before on May 25.”

Kang Ji Young
How does this article make you feel?