In the last broadcast, Yoo Bella left Seoha village, causing Moon Seung Mo to suffer emotionally. The two people were eventually able to reunite thanks to Jang Sun Young (Gil Hae Yeon), but viewers were saddened to see Yoo Bella trying to push Moon Seung Mo away while Moon Seung Mo was unable to say what’s been on his mind.

In the new stills, Yoo Bella and and Moon Seung Mo look into each other’s eyes at the beach. Their deep gazes make the viewers’ hearts flutter, hinting that the two have finally shared their true feelings. 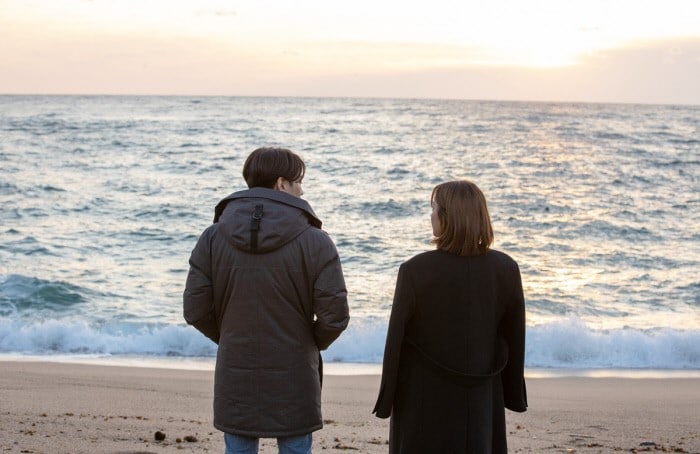 One particular photo shows the two interlocking pinkies as if they’re making a promise. Viewers are curious to find out through what promise could be hiding behind their warm and gentle smiles. 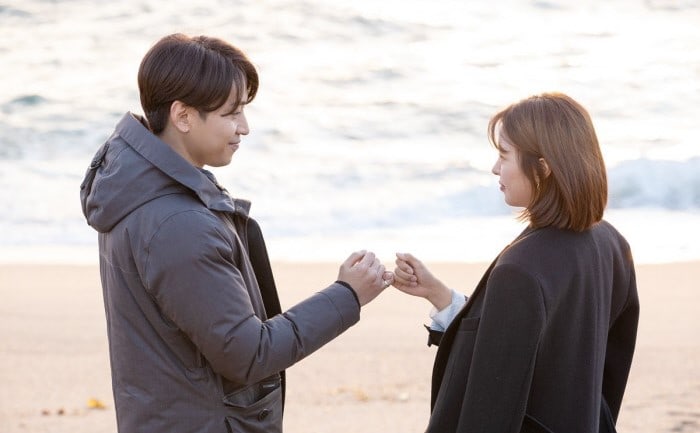 The upcoming episode will give insight into the twist behind the questionable contract given by Im Chul Yong (Ahn Nae Sang) to placate Yoo Bella following her return.