Hyerim Shares How Wonder Girls Members Reacted To Her Marriage News, Talks About Wedding, And More

After the news was shared of her upcoming wedding, Hyerim held her first ever live broadcast to talk to her fans about it!

On May 1, it was announced that Hyerim will be marrying her longtime boyfriend Shin Min Chul, who is a taekwondo athlete. Following the news, she took to Instagram for her first live broadcast as she traveled home from filming the reality show “Don’t Be Jealous.”

About why they decided to get married, Hyerim said, “Dating for seven years is quite a long time. The members had said that I’d be the second one to get married, and that came true.”

She added, “For the announcement of our relationship, I wrote a handwritten letter. Our marriage was announced through a news article, but I thought that it would be boring if I released a handwritten letter again so I chose to do an Instagram live, which I’ve never done before.”

When fans asked how the members of Wonder Girls reacted to the news, Hyerim shared that Ahn So Hee had sent her a message a moment earlier to say she’d seen the article and congratulate her.

Hyerim recently signed with fellow Wonder Girls member Yubin’s agency rrr Entertainment, and she said, “Our CEO is congratulating me so much.” She commented that Yubin seemed to be happy that Hyerim is getting married before her while also having a bit of a disappointed look in her eyes. “Still, I think she doesn’t have any thoughts about doing it herself yet,” she said. “She’s really hard working as a CEO.”

She went on to say, “I talked with Sunye. We sent messages back and forth, and of course she already knew.” 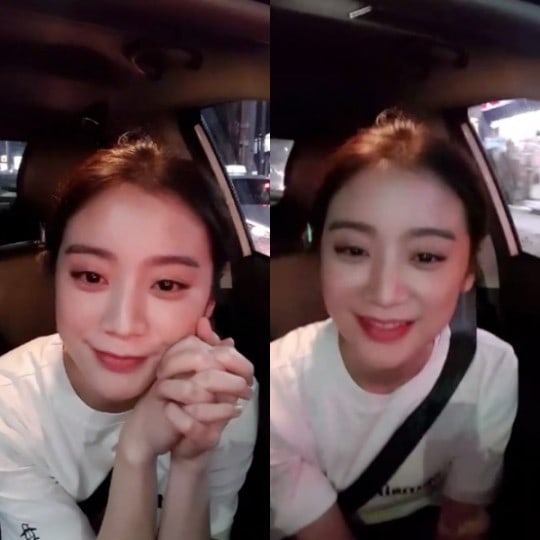 Hyerim added, “There are a lot of posts saying people are happy about my marriage news and I also understand the comments by people who are disappointed. I was really the youngest member, although of course I’m still the youngest member. Even though I’m 29 now.”

She went on to share that she asked one of the Wonder Girls members to sing at her wedding, but she didn’t reveal who it is. “I want to keep that a surprise,” she said.

In March, Hyerim announced that she’s been dating Shin Min Chul for seven years. The couple is currently showing their dating life through the MBC show “Don’t Be Jealous.” On May 1, Hyerim and Shin Min Chul announced that they’re getting married in Seoul in July, and Hyerim shared in her broadcast that the date is July 5.

Watch “Don’t Be Jealous” below!

Wonder Girls
Hyerim
How does this article make you feel?