Choi Jin Hyuk and Park Sung Woong will be having a showdown in the upcoming episode of “Rugal.”

The OCN drama centers around the conflict between special organization Rugal, which turns humans into weapons using biotechnology, and the terror organization Argos.

Choi Jin Hyuk plays the role of Kang Ki Bum, a police detective who loses his wife and both his eyes and is given a pair of bionic eyes by Rugal so that he can pursue revenge. Meanwhile, Park Sung Woong takes on the role of Hwang Deuk Goo, the ultimate villain behind Argos.

Behind the report that the government and police pushed for human weaponization through biological experiments was Kang Ki Bum, who was serving a prison term as a murder suspect. On top of that, Hwang Deuk Goo threatened to cause terrorism unless Kang Ki Bum showed up at a set time and place. Eventually, Kang Ki Bum went to meet Hwang Deuk Goo in person at an empty studio. 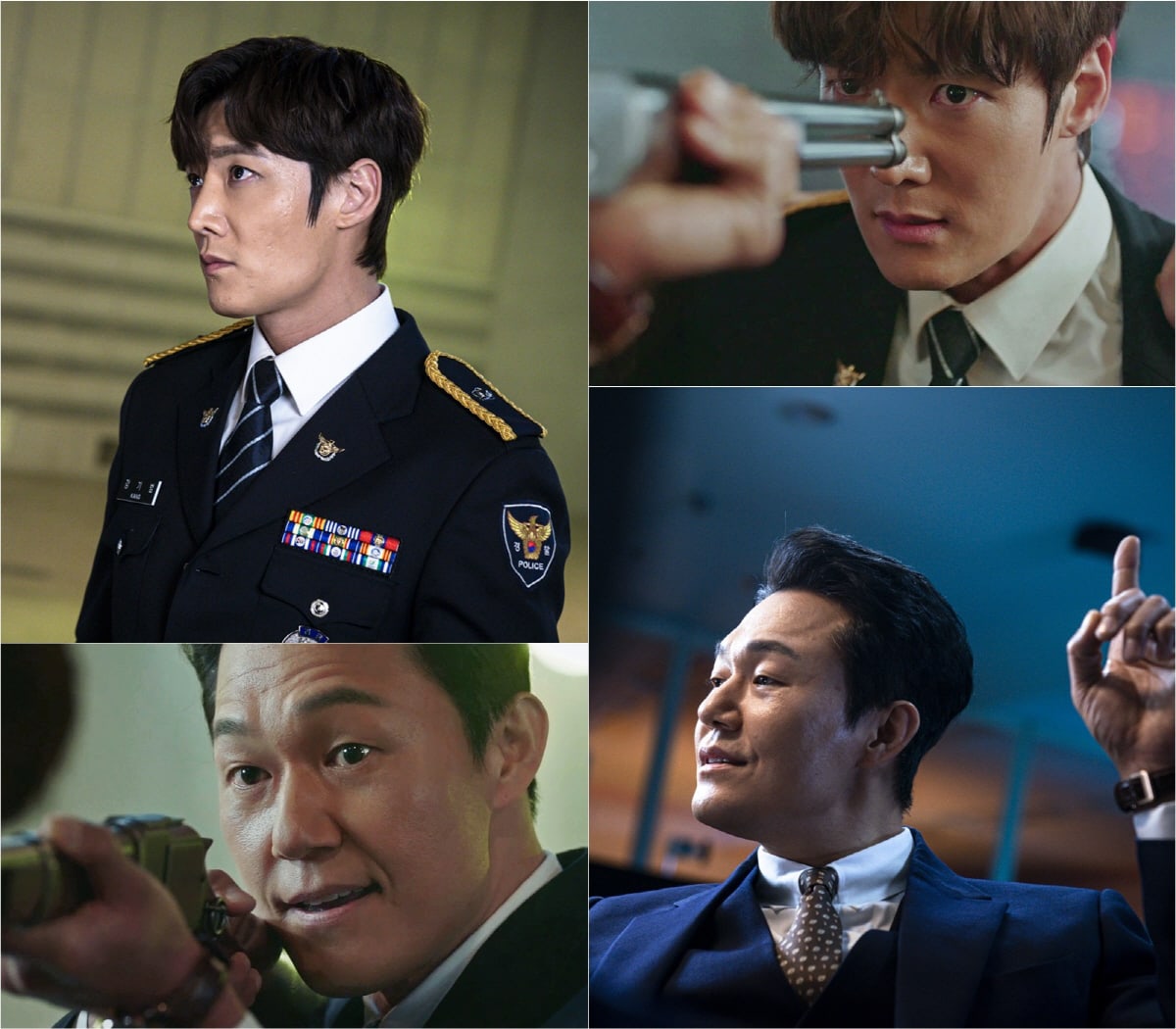 The production staff of “Rugal” stated, “Kang Ki Bum and Hwang Deuk Goo have already faced each other several times, and the two men, who have grasped each other’s strengths and weaknesses, will enter a fierce battle. An unexpected surprise will be waiting. Please look forward to it.”