HA:TFELT Reveals She’s Writing A Wedding Song For Hyerim, Talks About What Makes Her Happy, And More

HA:TFELT held her online book talk show “Zoom In” on May 1 to celebrate the release of her limited edition storybook “1719,” where she talked about her album, storybook, and more.

The first question she received was which song from the album she has the most affection for and HA:TFELT chose “3 Minutes.” She explained, “I didn’t think it would get a lot of love. But it’s a style I really like and I think I sound pretty good in it, so that’s why I hold a lot of affection for it.”

When asked by a fan if she had life advice to share, HA:TFELT was candid but comforting as she said, “I don’t think there’s one set answer for everyone. Some people can overcome things without much thought, while others prefer to really think things through before coming to a resolution. In my case, I sort through things by writing and making music. What’s most important is that everything comes to an end eventually. Even if difficult times feel so long, they will pass, so I think it’s good to have the thought ‘This too shall pass’ in your mind.” 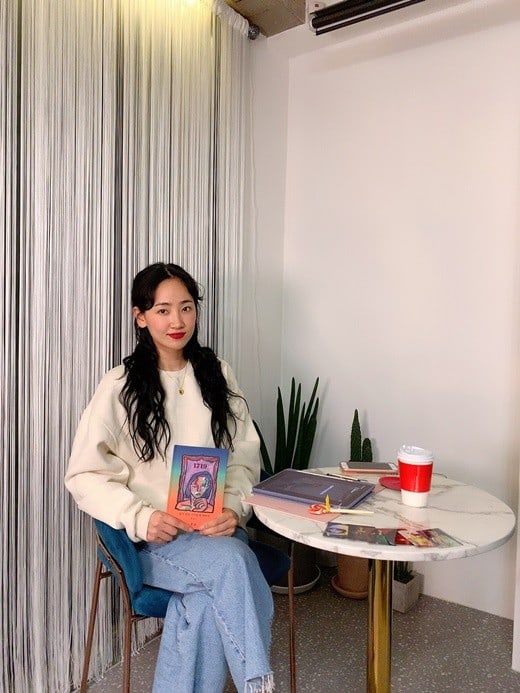 HA:TFELT also talked about her storybook and said, “I wanted to make an album that you keep reaching for. To be honest, even I don’t go back and open CD albums that much, so I thought a book format would be good and I became really honest in my writings. I found it hard to embellish or hide things. There were things I left in and things I ended up leaving out, and I received help from a lot of people. I was able to release this because people were so supportive of me.” She also shared that she would like to try and write a thriller mystery novel, revealing that she already had 12 characters in mind and it would most likely be R-rated.

On when she is happiest, HA:TFELT chose when she’s working on new music. She explained, “I go through a lot of complex emotions when working on an album. But once I stand on stage and meet with my fans, I feel happy.” When asked what keeps her grounded and balanced, she chose her pets and said, “They’re so precious to me. The same goes for music. In my most difficult times, music has been like a child to me. Music is what helped me hold on through hard times. If anyone is having a tough time right now, rather than trying to do something big, I recommend finding small things for yourself to enjoy.”

HA:TFELT also talked about Hyerim, who announced on May 1 that she would be getting married to her boyfriend Shin Min Chul. HA:TFELT said, “Actually, they asked if I would sing at their wedding. I want to write a new song and perform something original, so I’m deep in thought these days.”

Wonder Girls
Hyerim
HA:TFELT
How does this article make you feel?