“Good Casting” is an action comedy about three talented female agents at the National Intelligence Service who were forced to become pencil-pushers until one day, they get the chance to go out into the field again on an undercover mission.

During last week’s premiere, Baek Chan Mi (Choi Kang Hee), Im Ye Eun (Yoo In Young), and Hwang Mi Soon (Kim Ji Young) were given the mission to catch Michael Lee, an international industrial spy who caused the death of one of their fellow agents. In order to do this, the three female agents infiltrated the target company, Ilkwang Hi-Tech.

In the upcoming episode, the three agents will begin their undercover mission in earnest. Baek Chan Mi is in disguise as the new secretary, but her real job is to stick close to the company’s CEO, Yoon Seok Ho (Lee Sang Yeob). In the new stills, the two of them are spotted at the company restaurant together, avoiding each other’s gaze awkwardly but stealing glances at each other in secret.

The awkward atmosphere begins to melt away, however, when they sit at the same table and share a small smile. The two of them met in the past at a cram school, but it is unclear whether they remember their past connection or how it will affect their present-day relations. 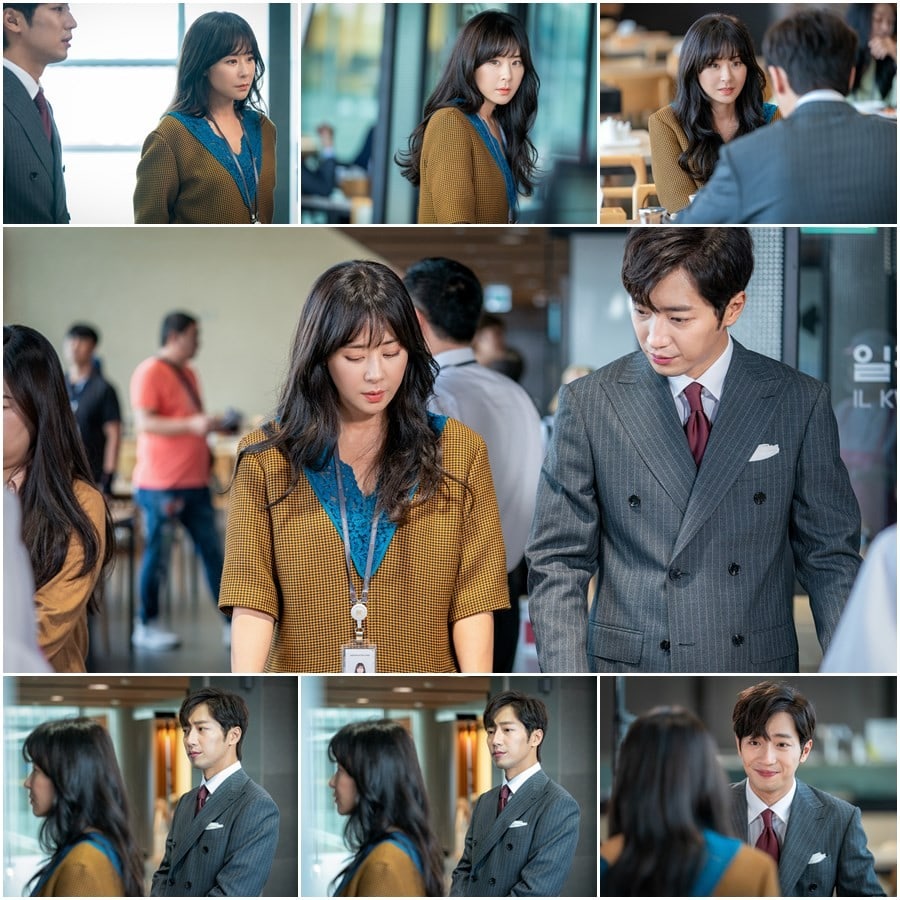 This scene was filmed at the company restaurant in the SBS Prism Tower in the Mapo district of Seoul. The two actors ate the real food served at the restaurant and were impressed by its taste. Once filming began, however, they immersed themselves into their characters and showing the subtle shifts in their relationship.

The production staff stated, “After successfully infiltrating the mission location, Choi Kang Hee, Yoo In Young, and Kim Ji Young’s cover missions will pick up in speed. Please look forward to seeing whether these agents will be able to surpass everyone’s expectations and recover their previous glory.”

“Good Casting” airs on Mondays and Tuesdays at 10 p.m. KST.

In the meantime, check out the latest episode of “Good Casting” below!