KBS2TV’s weekend drama “Once Again” has released new stills for the upcoming episodes!

“Once Again” tells the story of four siblings, following their individual lives and comparing their opinions on marriage and divorce.

In the previous episode, Song Joon Sun (Oh Dae Hwan) was shocked when he found out the truth about Song Na Hee (Lee Min Jung) and Yoon Gyu Jin’s (Lee Sang Yeob’s) divorce. He became furious at the two and even pulled Song Na Hee aside to yell at her, screaming, “You’re deceiving us! And looking down on us! You’re tricking your mother and father who care so much about you!”

In the first set of new stills previewing the next episode, Song Joon Sun and Yoon Gyu Jin are shown sitting in a restaurant facing each other. Song Joon Sun pierces Yoon Gyu Jin with a sharp gaze, foreshadowing a disquieting atmosphere.

Yoon Gyu Jin, usually gentle and friendly, shows determination in his eyes as he converses with Song Joon Sun. However, in the final still, he appears to be affected by Song Joon Sun’s words as he lowers his head, deflecting his gaze. Viewers are curious about what Song Joon Sun could have said to make Yoon Gyu Jin react in such a way.

Will Song Joon Sun reveal to Yoon Gyu Jin that he knows about the divorce? Will they share their innermost thoughts with each other? 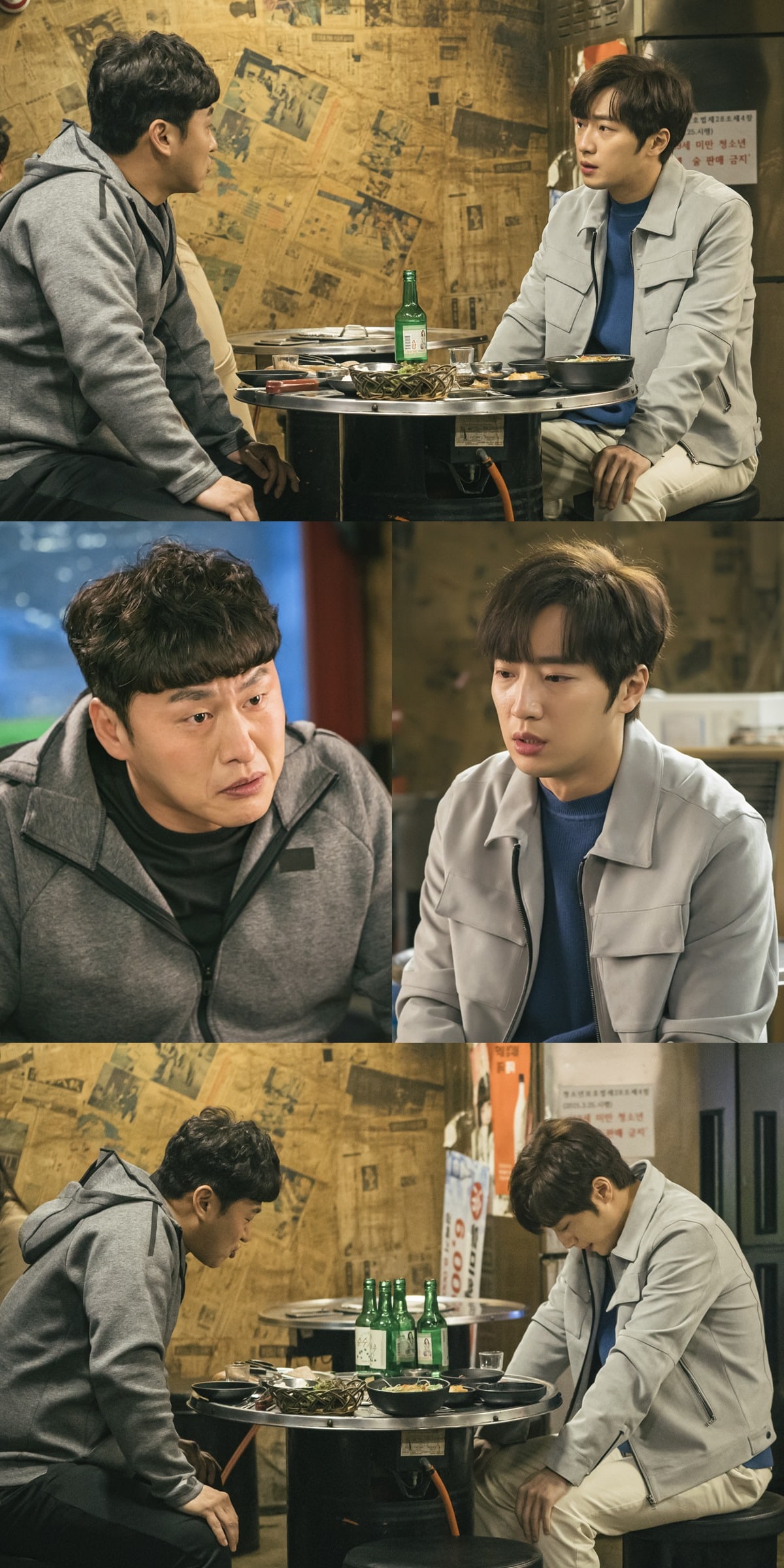 In the second set of stills, Jang Ok Boon (Cha Hwa Yeon) rushes in to take care of Song Na Hee, her daughter. She holds a bag full of medicine, and gazes worriedly at her daughter as she wipes her forehead. Her motherly love shows clearly through the stills. Jang Ok Boon laments to Song Na Hee, saying, “Yoon Gyu Jin still went to work even though you’re this sick?”

Viewers are wondering if Jang Ok Boon already knows of their divorce, as well as why Song Na Hee is ill in bed. 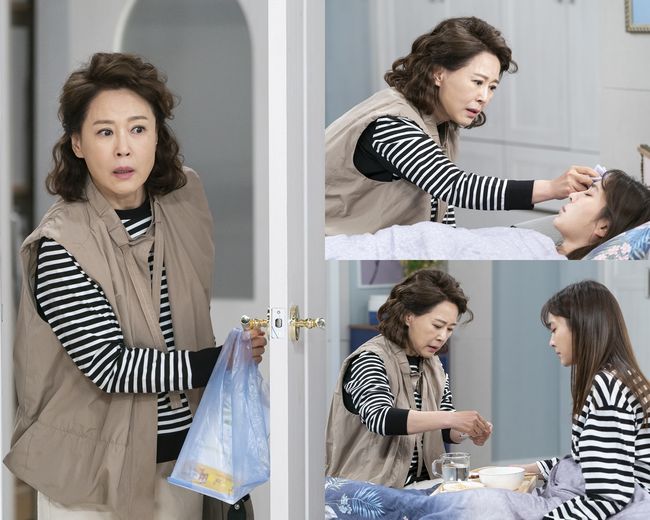 Watch the latest episode of “Once Again” below!