GOT7’s Jinyoung and Jeon So Nee are a sweet couple in tvN’s “When My Love Blooms.”

“When My Love Blooms” is about Han Jae Hyun and Yoon Ji Soo, who first get to know each other in college, then unexpectedly cross paths again many years later. GOT7’s Jinyoung and Jeon So Nee play the characters during their younger years in the 1990s, while Yoo Ji Tae and Lee Bo Young play their counterparts in the present.

Previously, young Yoon Ji Soo confessed to young Han Jae Hyun, “I’m going to live in the world you live in,” and they officially began dating.

In the upcoming episode, the two college students will spend some quality time together in the student club room. Yoon Ji Soo fans a sleeping Han Jae Hyun, showing how she cares for him. She falls asleep on the couch as well, creating a lovely still image of the two facing one another while sleeping peacefully (see top image). 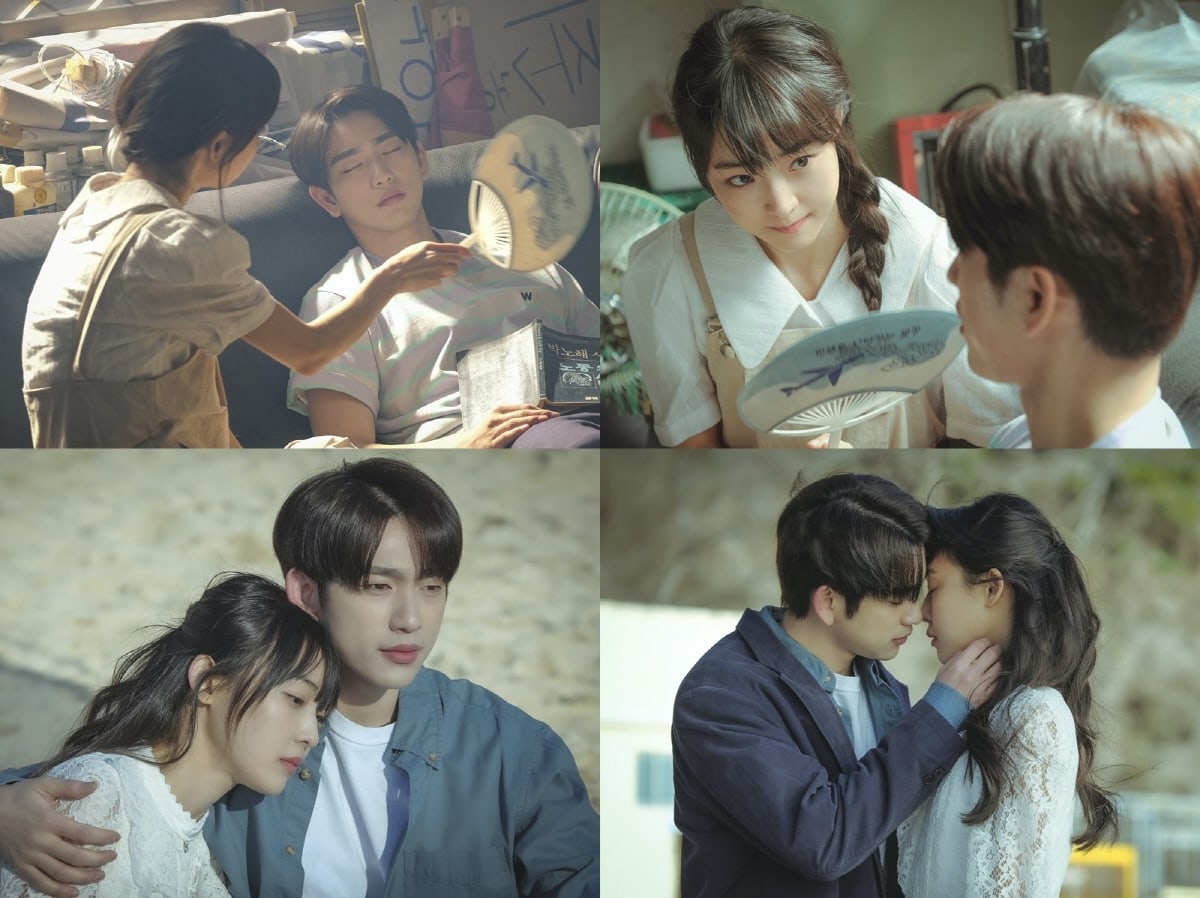 Other stills show the moment of their first kiss, suggesting that their relationship will advance further in the upcoming episodes. Viewers are looking forward to seeing the romance beautifully blossom between Yoon Ji Soo and Han Jae Hyun as well as finding out what exactly led to their breakup and how painful it was.

“When My Love Blooms” airs every Saturday and Sunday at 9 p.m. KST.

Jinyoung (GOT7)
Jeon So Nee
When My Love Blooms
How does this article make you feel?