On the May 3 episode of SBS’s “Running Man,” Yang Se Chan revealed Jun So Min’s reaction to the prize he won last week.

In last week’s episode, Yang Se Chan won the race and received the “prize” of an invitation to Jun So Min’s house. Jun So Min is currently on hiatus from the show in order to focus on her health.

On the May 3 broadcast, the cast members approached Yang Se Chan and asked, “Did you go?” Yang Se Chan explained, “I didn’t go. I called her. She was really happy.” When asked about when he would go, he said, “I’ll have to go sometime next week.”

In the subtitles, the production staff wrote, “Coming soon: He really did go,” suggesting that this encounter had been filmed and that the footage would appear on the show sometime soon. 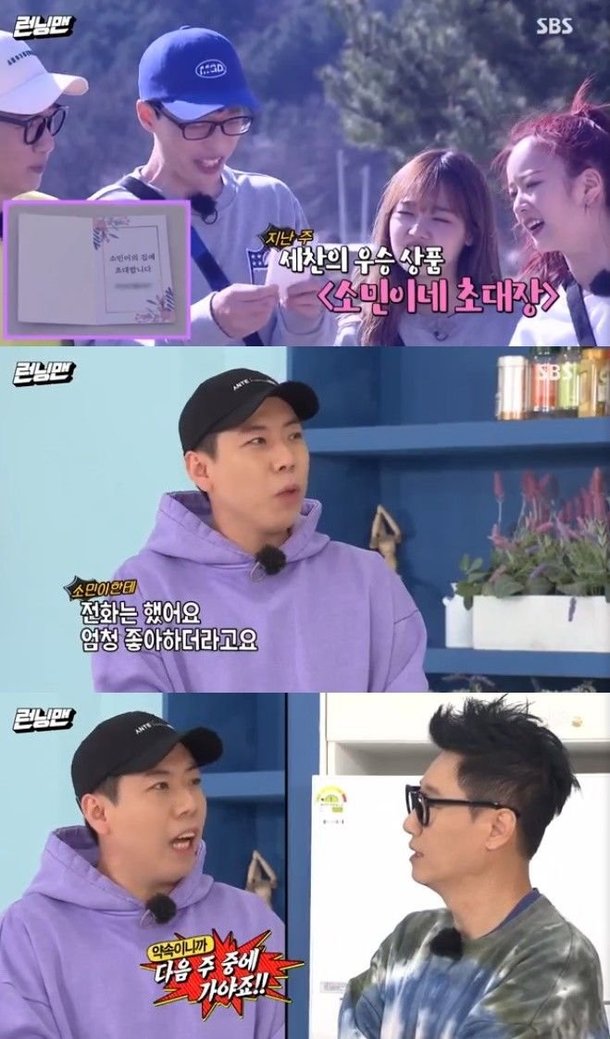 Lee Kwang Soo said, “You have to go. It’s your reward,” but Ji Suk Jin commented, “It’s more like a punishment than a reward.” Yang Se Chan remarked, “Ji Hyo took the AirPods [the other prize given last week] too.”

The cast then joked about Song Ji Hyo by saying, “She’s going to take them home and think they’re broken. She’s going to be like, ‘Where’s the wire?'” Ji Suk Jin added, “I don’t think she knows how to connect Bluetooth headphones at all.”

Song Ji Hyo then made a surprising entrance by running in late with her hair and clothes in disarray, much to the amusement of the cast.