SBS’s “Master in the House” has officially added two new members to its cast!

On the May 3 episode of the variety show, ASTRO’s Cha Eun Woo and UFC fighter Kim Dong Hyun were initiated as the latest additions to the show.

Kim Dong Hyun asked Cha Eun Woo, “Are you ready? Do you want to join as ‘Master in the House’ as a cast member?” and the idol confidently replied, “Yes, I do.” Hearing this, Lee Seung Gi excitedly chimed in, “Yay! Then…?”

Kim Dong Hyun continued, “What kind of influence will you have if you join as a member?” Cha Eun Woo replied, “The average age [of the members] will decrease, while the average intelligence will increase,” and the members expressed satisfaction with his answer.

The ASTRO member was then tasked with describing his first impression of the members in five letters, and he sweetly replied, “I missed you.” Lee Seung Gi welcomed him with a warm embrace and added, “I missed you too, Eun Woo.”

Speaking in the tone of a newly enlisted soldier, Cha Eun Woo called out, “Recruit Cha Eun Woo. As of today, I will be joining ‘Master in the House’ as a member. I will do my best. I hereby end my report.” The other members shouted with joy and welcomed their newest and youngest member. 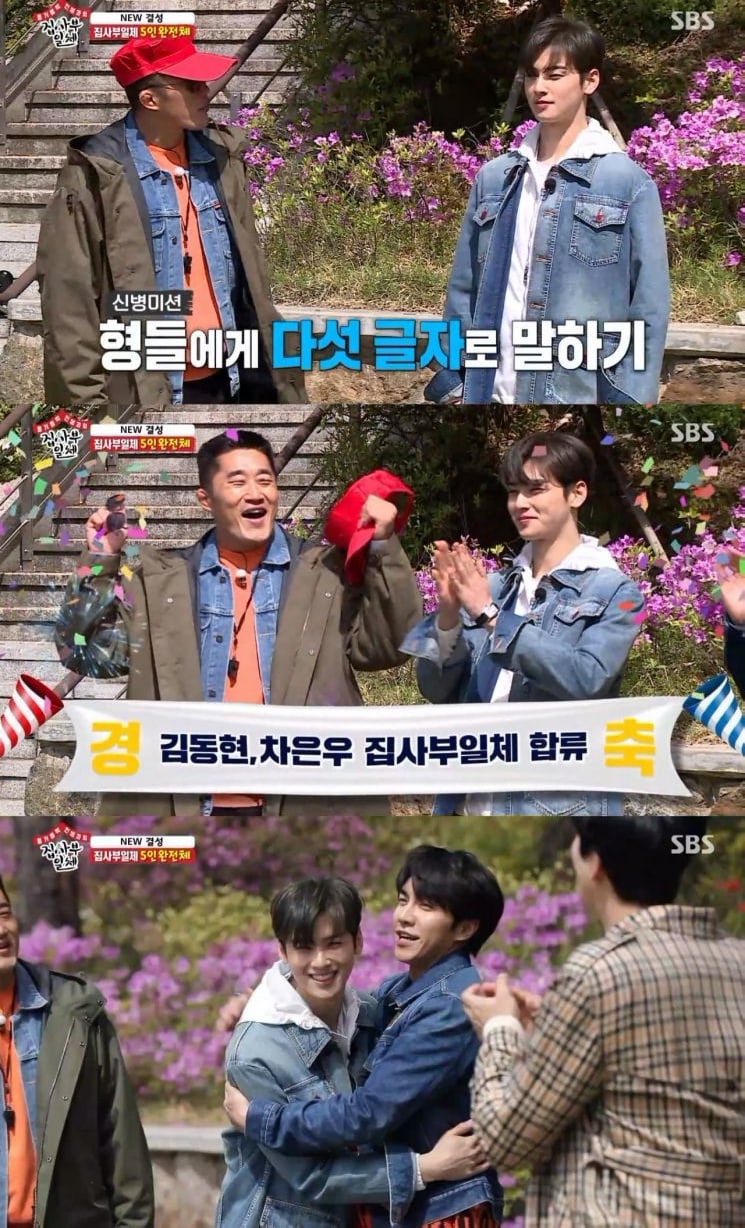 Including himself in the welcoming process, Kim Dong Hyun said, “We have now completed the initiation for Cha Eun Woo and one more person.” The five members embraced one another and joyfully celebrated becoming a fixed cast together.

Lee Seung Gi told Cha Eun Woo, “You were someone I really wanted as a member because you did such a good job during the new employee episode.” Cha Eun Woo told the members that his friends had enjoyed watching his appearance on the program, while Kim Dong Hyun added that his mother told him to hold on tight to the show.

ASTRO
Cha Eun Woo
Kim Dong Hyun
Master in the House
How does this article make you feel?