Yoo In Young will experience another embarrassing moment in front of U-KISS’s Jun on the next episode of “Good Casting”!

On May 3, “Good Casting” released new stills from its upcoming episode that appear to capture Im Ye Eun and Kang Woo Won in another awkward moment after their “naked run-in.” Im Ye Eun approaches Kang Woo Won to persuade him to sign an advertising model contract, but Kang Woo Won responds with his usual chilly manner, and Im Ye Eun cowers in front of the intimidating actor. The agent even ends up pleading on her knees, and the situation worsens as Kang Woo Won looks shocked after seeing something on her phone. 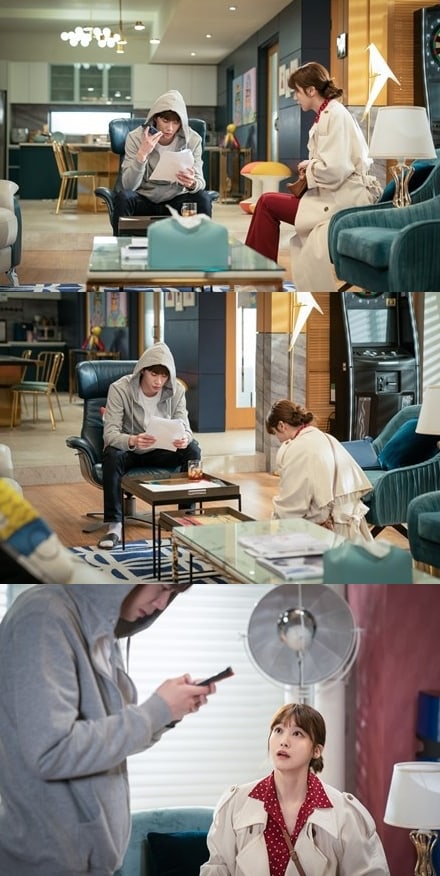 The producers of “Good Casting” remarked, “After their awful first meeting, Im Ye Eun and Kang Woo Won only encounter each other in bad situations, creating tension. Please look forward to how the timid Im Ye Eun will accomplish her mission by closely surveilling Kang Woo Won, who is her polar opposite.”

Watch the latest episode of the drama with English subtitles now!