“Mothers” is a new drama special starring Han Hye Jin as Han Jung Eun, an ordinary working mom who raises her beloved young daughter with the help of her own mother (played by Kim Mi Kyung). After struggling to conceive for many years, she finally manages to give birth to her first child after 10 years of marriage—making her daughter even more precious to her.

As a busy working woman who’s been married for 14 years, Han Jung Eun strives to take good care of her family while also doing her best at work. When an unexpected tragedy suddenly befalls her family, she must find hope in a seemingly hopeless situation.

In newly released stills from the upcoming drama, Han Jung Eun looks lost and distraught as she faces an unforeseen calamity. Struggling to reconcile a complex array of emotions as a wife, mother, and daughter, Han Jung Eun visibly fidgets at work as she appears to ponder a grave dilemma. 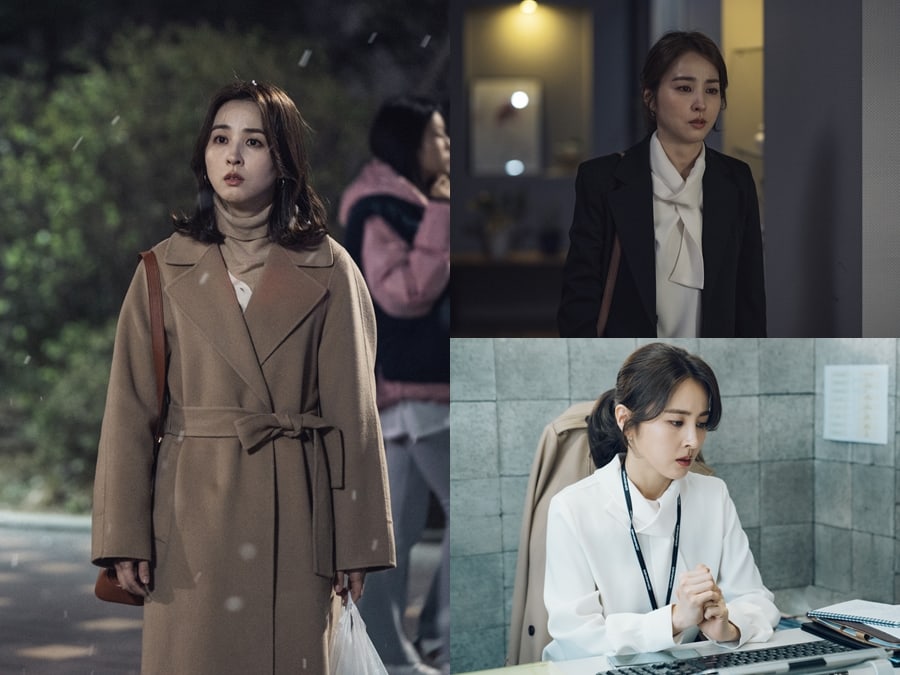 Han Hye Jin
Mothers
How does this article make you feel?