tvN’s “When My Love Blooms” has shared a new behind-the-scenes video!

In the beginning of the clip, GOT7’s Jinyoung and Jeon So Nee film the scene where he blocks a pile of books from falling on her. With a worried smile, Jeon So Nee asks Jinyoung if he’s okay, and Jinyoung coolly says it didn’t hurt at all. He even suggests they redo the scene to make it more perfect.

During the second take, he pretends to faint, making Jeon So Nee and the crew members burst into laughter. However, he gets up right away and reassures everyone with a bright smile. 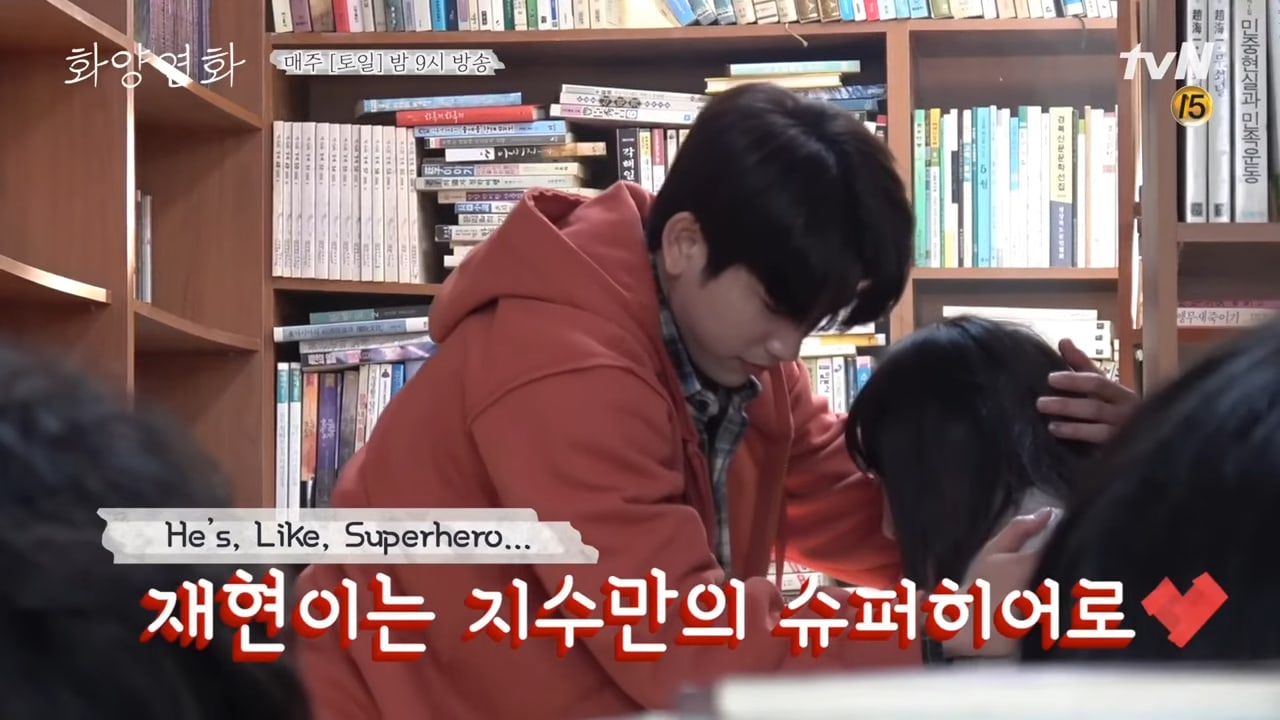 Next, Jinyoung, Jeon So Nee, and Byung Hun come together for the protest scene. Byung Hun suddenly says he was worried about Jeon So Nee, and she points at the making-of camera with a grin. Jinyoung spots the camera and now realizes why Byung Hun made such a comment in the first place. Jinyoung laughs as he tells Byung Hun, “You’re so disloyal!”

Jeon So Nee makes jokes about Jinyoung, but he shushes her because filming started. She gives him a playful glare, and he holds a thumb up at the camera. During break, Jeon So Nee jokingly whacks Jinyoung with the excuse of dusting off his jacket. Byung Hun copies her, and Jinyoung pretends to be in pain.

Jinyoung shares his snacks with the two actors as he asks them to accept his apology. Jeon So Nee and Byung Hun happily enjoy the food, but Jinyoung nervously glances around and asks, “Is it okay if we eat by ourselves?” 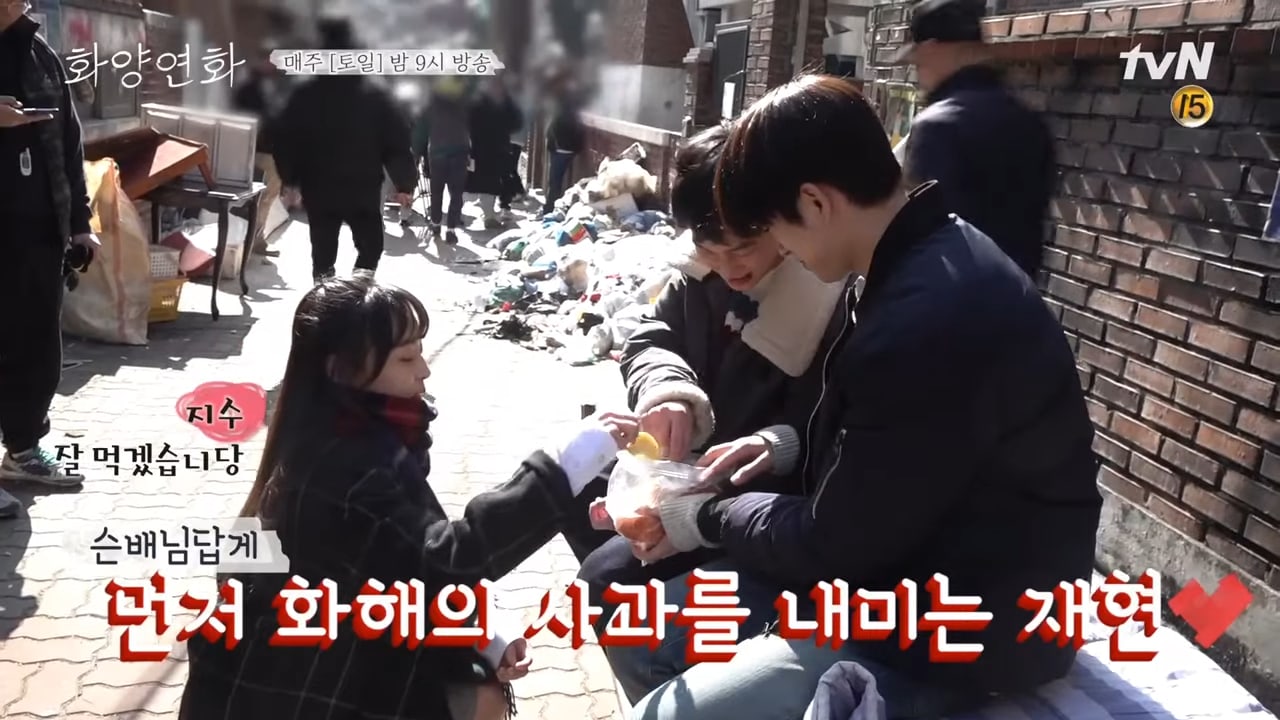 Later on, Jinyoung and Jeon So Nee film the train scene together. Jinyoung improvises by adding the store ran out of soda, and Jeon So Nee can’t help but start laughing. The filming starts, and the two naturally turn into a couple.

Jeon So Nee rests her head on Jinyoung’s shoulder, and the director comments that they look uncomfortable. She looks surprised as she comments, “Really? I’m very comfortable.” With wide eyes, Jinyoung asks if he’s the one who looks uncomfortable and adds he was doing that on purpose. The director suggests that he relax, and they redo the scene one more time.

“When My Love Blooms” airs every Saturday and Sunday at 9 p.m. KST.

GOT7
Byung Hun (L.Joe)
Jinyoung (GOT7)
When My Love Blooms
How does this article make you feel?