Kim Dong Wook and Moon Ga Young are touching the hearts of viewers with their superb acting skills and stirring lines in “Find Me in Your Memory” as they portray characters who work together to heal their wounds.

“Find Me in Your Memory” tells the story of news anchor Lee Jung Hoon (Kim Dong Wook) and his romance with rising star Yeo Ha Jin (Moon Ga Young). While he has hyperthymesia, allowing him to remember every memory in detail, she has forgotten some of her most important memories as a psychological defense mechanism.

Below are six lines spoken by Kim Dong Wook and Moon Ga Young that have made viewers’ hearts flutter. 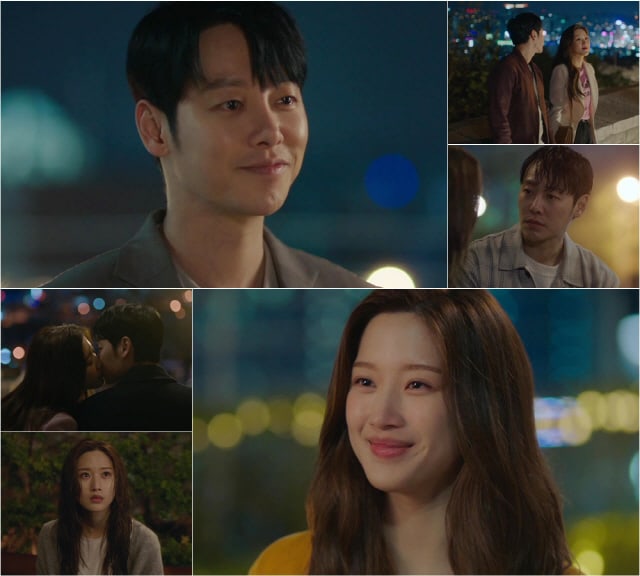 Kim Dong Wook: “I’m not going to say anything like ‘Goodbye’ anymore. Because I want to stay by your side.”

In Episode 20, Lee Jung Hoon expressed his love to Yeo Ha Jin and thrilled viewers with his straightforward confession. He completely erased Yeo Ha Jin’s discomfort with his words. Furthermore, the two shared their first kiss afterwards, making viewers’ hearts leap out of their chests.

Kim Dong Wook: “Even if it gets harder after your memory returns, I want to be by your side. I’m not going to get scared and hide anymore.”

In Episode 22, Lee Jung Hoon spoke these lines after his friend, Yoo Tae Eun (Yoon Jong Hoon), warned him that if Yeo Ha Jin recalled all her memories she would become distraught. The words that Lee Jung Hoon spoke here conveyed that he was ready to endure the hardships that they might face after Yeo Ha Jin finds her memories. His determined tone showed how unwavering his love was, making viewers feel even more reassured.

Kim Dong Wook: “I only feel one thing. Words that I’ve wanted to tell you since a long time ago. Words that I was afraid to say. I love you so very much.”

Lee Jung Hoon took Yeo Ha Jin’s hand and spoke these memorable lines in Episode 23 to express his sincere love as well as his concern about the struggles the two would face. This marks the first time he said “I love you” to Yeo Ha Jin, making the moment one that would linger in the minds of viewers.

Moon Ga Young: “I’m giving up on speaking informally to you. It makes my heart flutter. Also, don’t hate me. It’s because of you.”

Viewers applauded Yeo Ha Jin in Episode 11 as she displayed her powerful and outspoken personality. In the episode, she was hurt by a director who held an unfavorable opinion of her and began speaking informally after getting tipsy. Lee Jung Hoon responded by speaking informally to her in return. Yeo Ha Jin was taken aback by his response, after which she spoke these memorable words and surprised him with a kiss.

Moon Ga Young: “I want to remember everything about you. I don’t want to forget a single thing.”

Moon Ga Young: “I miss you so much I’m going crazy. When I think about not being able to see you I can’t even breathe… Can’t I just stay by your side?”

Yeo Ha Jin became transparent about her feelings in episode 26 after being reunited with Lee Jung Hoon. Previously, she had bid farewell to him after learning that he had dated her friend Jung Seo Yeon. However, Yeo Ha Jin was unable to overcome her longing for Lee Jung Hoon and went to his house to find him. She then delivered these emotional lines while shedding tears, and Lee Jung Hoon responded with a firm embrace.

As the “memory couple,” Kim Dong Wook and Moon Ga Young are making viewers’ hearts race more and more in every new episode. With only three episodes left, viewers are wondering what kind of lines the two will deliver to shake up the small screen yet again.

Catch the latest episode of “Find Me in Your Memory” here!