Lee Min Ho Is Flawless In Uniform In “The King: Eternal Monarch”

The drama tells the story of Emperor Lee Gon (Lee Min Ho) and detective Jung Tae Eul (Kim Go Eun), who live in parallel universes — one where Korea is a constitutional monarchy and another where it is a democracy — but they work together to try to save lives.

Throughout the drama, Lee Min Ho has worn multiple outfits including his black imperial attire and an equestrian uniform. However, his white naval uniform in particular has been attracting the attention of viewers.

In the recent episode, Lee Gon appeared in a naval uniform as he prepared to confront Japan after they invaded Korea’s waters. Reflecting the line in the drama, “In their most honorable moments, the imperial family wears uniforms,” Lee Gon’s strong sense of responsibility is represented by his change of attire.

Lee Min Ho’s white naval uniform is getting a hot response as people admire his ability to look charming in all of his character’s outfits. In the newly released photos, he appears charismatic and handsome no matter which outfit he wears. In his white naval uniform, he shows a sense of duty while he performs a military salute. 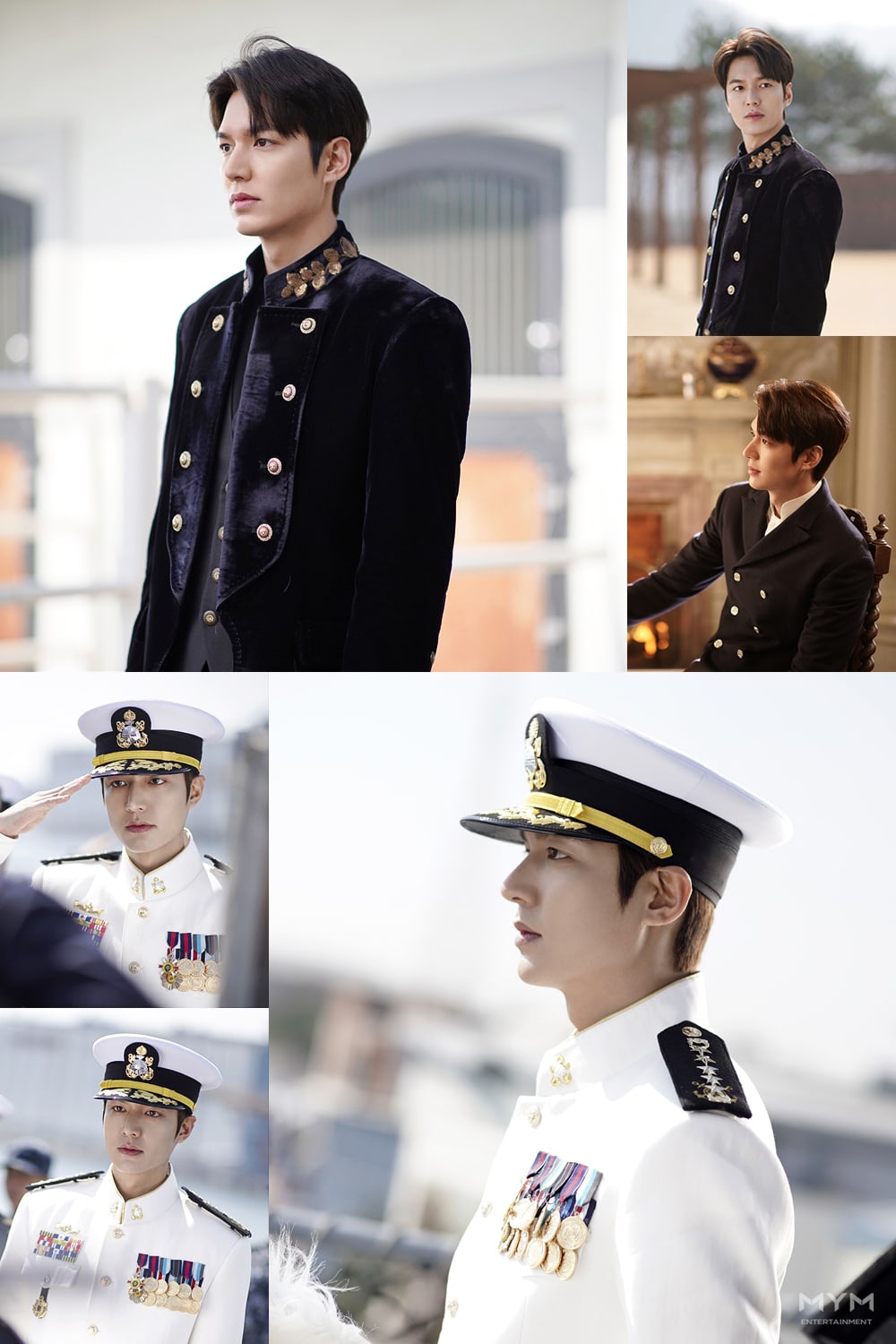 Lee Min Ho stole the show with both his looks and his passionate acting in the recent episode, which returned to double-digit ratings.