On the May 4 episode of “Don’t Be Jealous,” Hyerim and Shin Min Chul visited a bookstore and got honest about their past difficulties as a couple.

Upon arriving at the bookstore separately, Hyerim and Shin Min Chul didn’t greet each other until later and then split up to look at different things. Seeing Hyerim engrossed in the the books, Shin Min Chul said, “I feel like I’ve turned invisible,” creating tension between the couple of seven years. 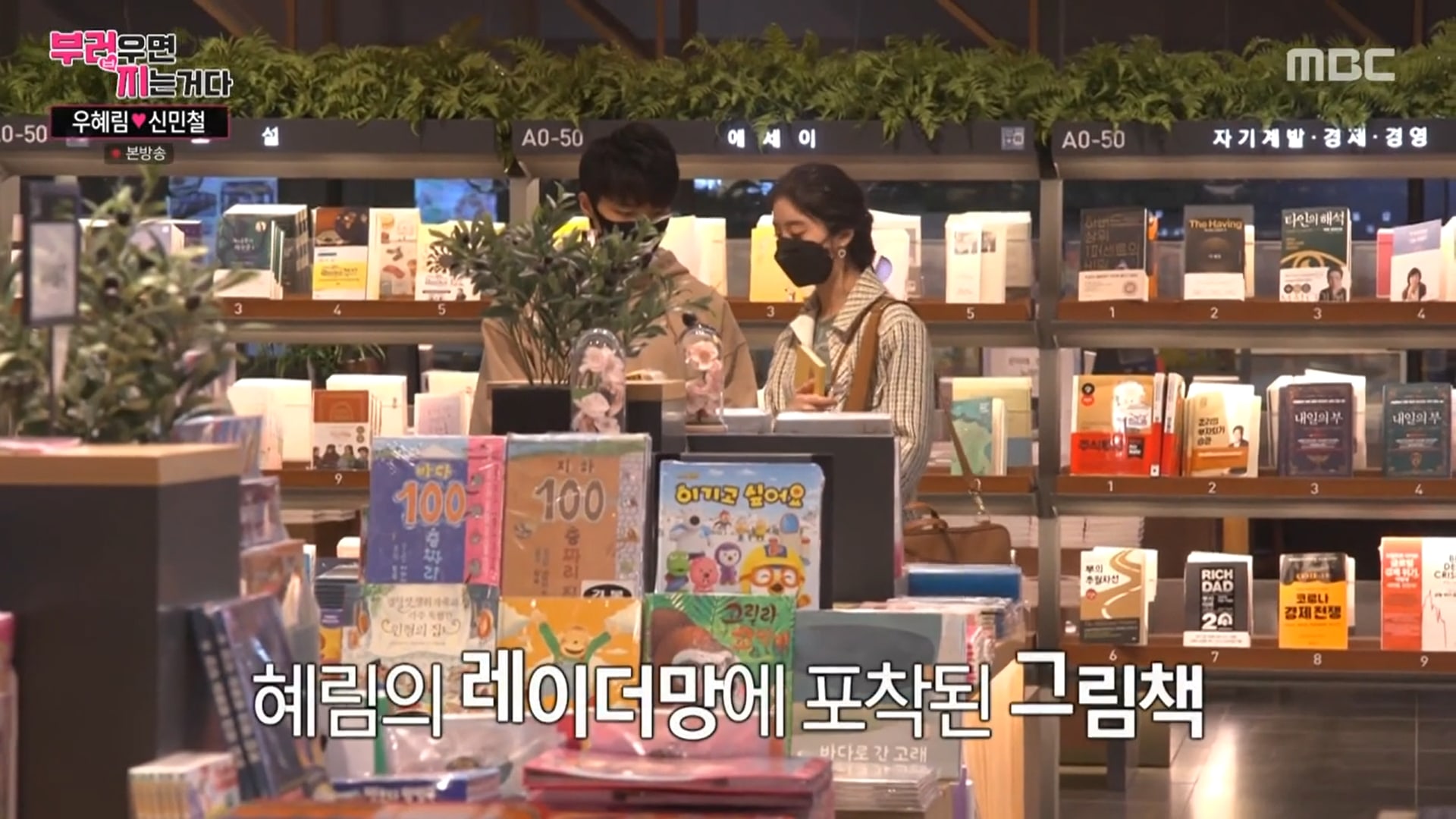 Hyerim, who expressed her desire to translate children’s books one day, looked at a book she had translated herself, while Shin Min Chul asked, “How long are we going to be here? You’re looking for your book again? We look for it every time we come here.” Hyerim responded that she needs to confirm with her own eyes that the book is there and became absorbed in her search again. 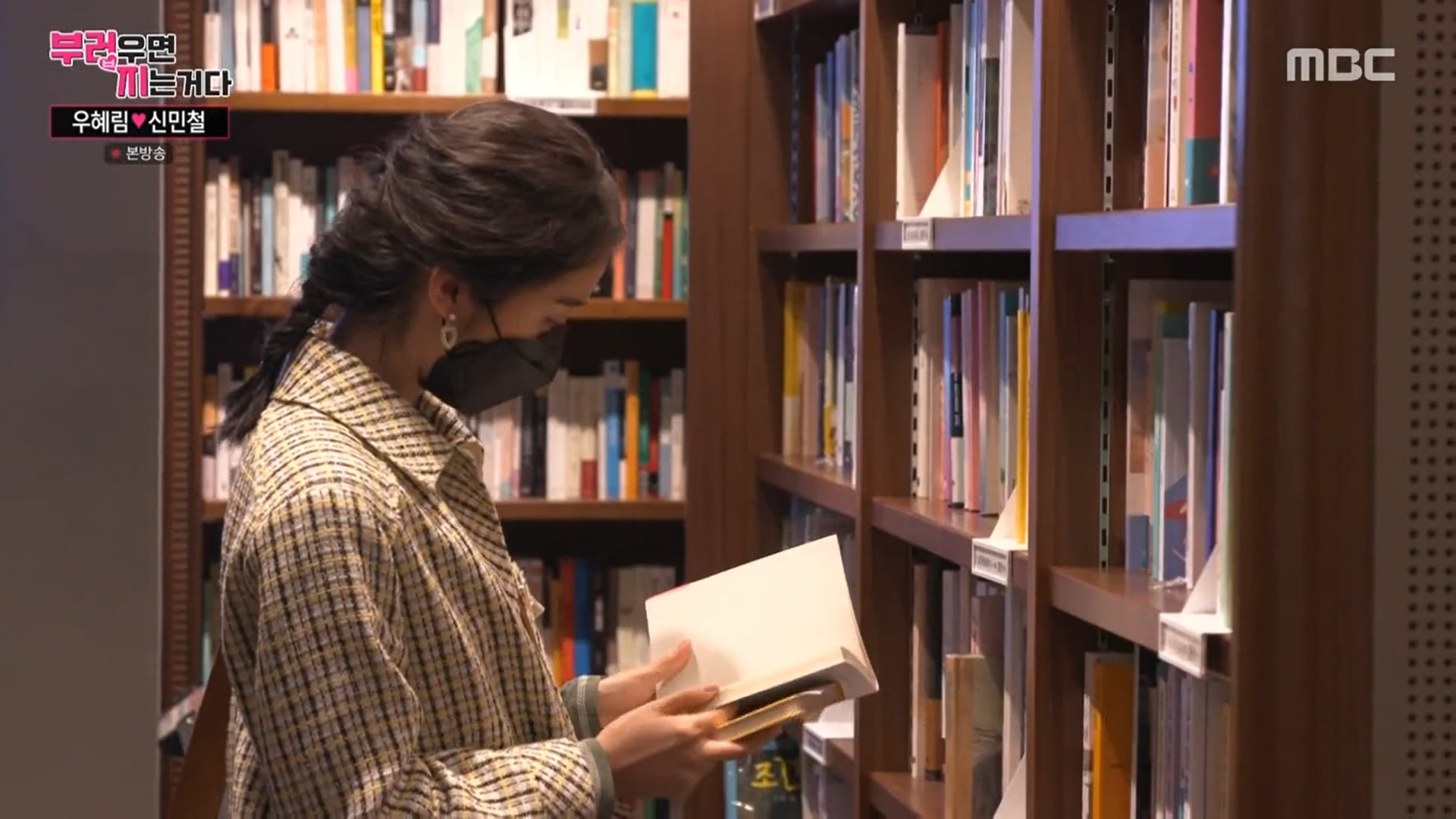 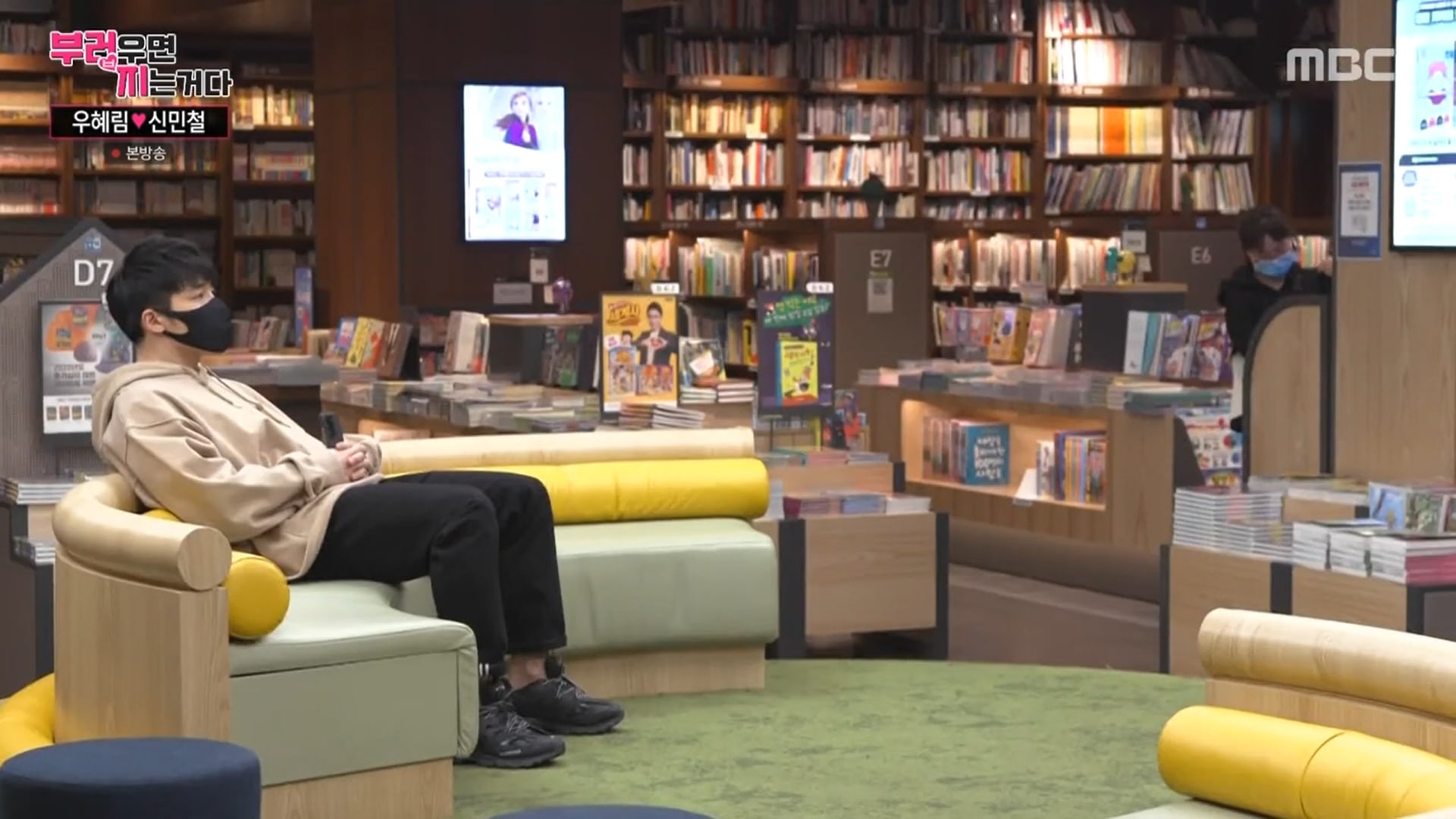 Shin Min Chul lost his patience and demanded, “Why are you looking at the books for so long?” Silence then fell between the two.

Hyerim responded, “I know you are being considerate [waiting for me], but I can tell you are getting impatient. Honestly, I’m not done looking. It bothers me to know that someone is waiting for me to be done.”

“I feel like we’re wasting the time we spend at the bookstore,” Shin Min Chul replied. “I want to talk to you and spend time together.” Stating that he dislikes the bookstore, Shin Min Chul added, “You focus more on the books than me, and I feel like a loner.” He confessed that this issue has caused him stress in the past. 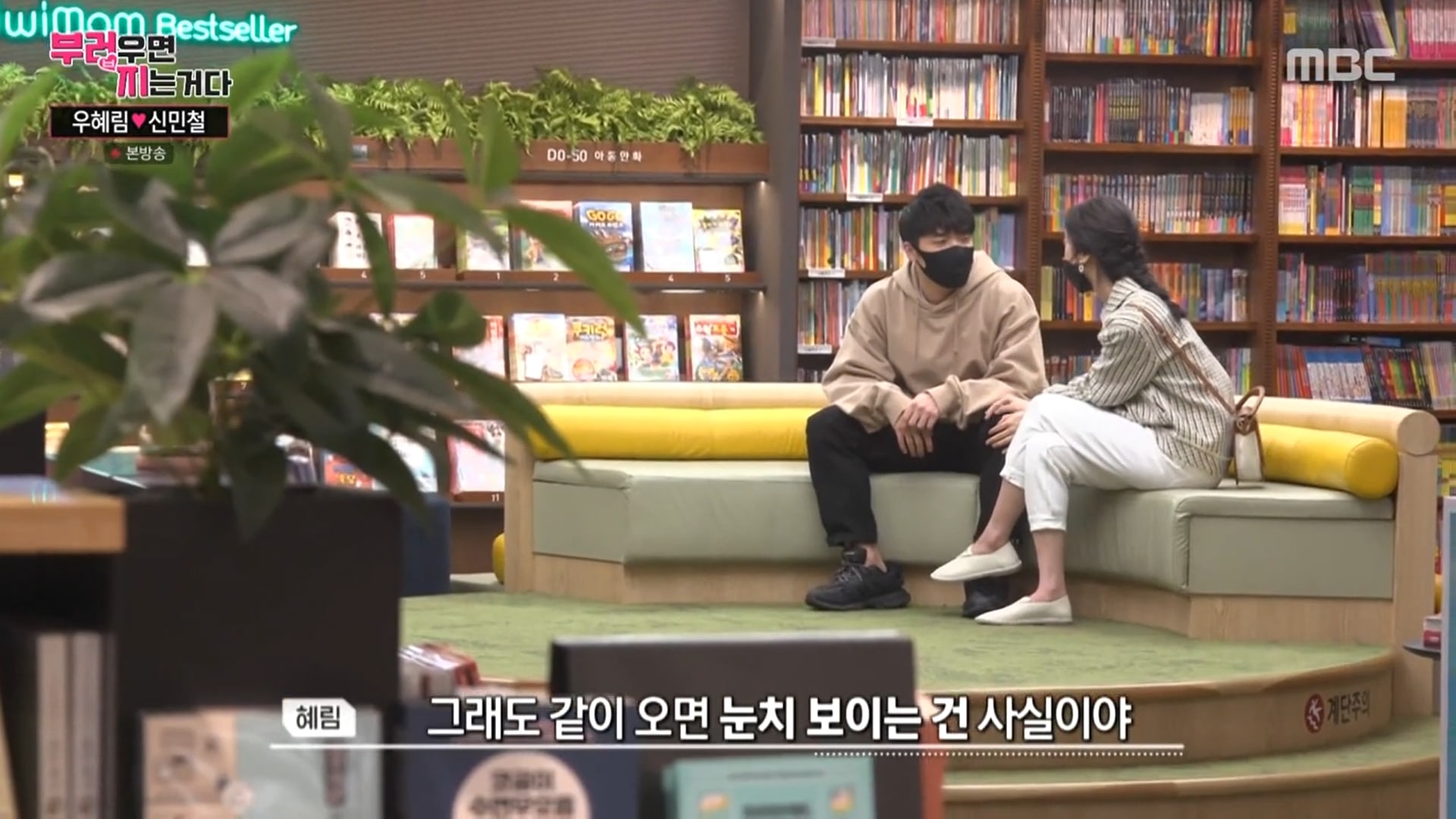 Then, he said, “Don’t mind me,” in response to Hyerim saying that she can tell when he is waiting for her. However, Hyerim responded that she can’t help but mind whenever he does so.

Hyerim and Shin Min Chul showed that they still have things to work on as a couple, and that they once broke up in the past. “It wasn’t because we had a big fight or anything, but because of our personality differences,” they said. Shin Min Chul added that he felt like he couldn’t communicate with Hyerim. “I couldn’t accommodate all of that, so we naturally grew apart,” he said, showing that even a long-term relationship like theirs did not always run smoothly.

Watch the latest episode of “Don’t Be Jealous” below!