tvN’s upcoming drama “Oh My Baby” has unveiled relationship charts for its characters, as well as a new poster!

“Oh My Baby” will tell the story of Jang Ha Ri (Jang Nara), the deputy department head at a parenting magazine who just wants to have a baby, even if that means skipping marriage. The story will involve three men who belatedly catch her eye, amping up the romance in the upcoming drama. 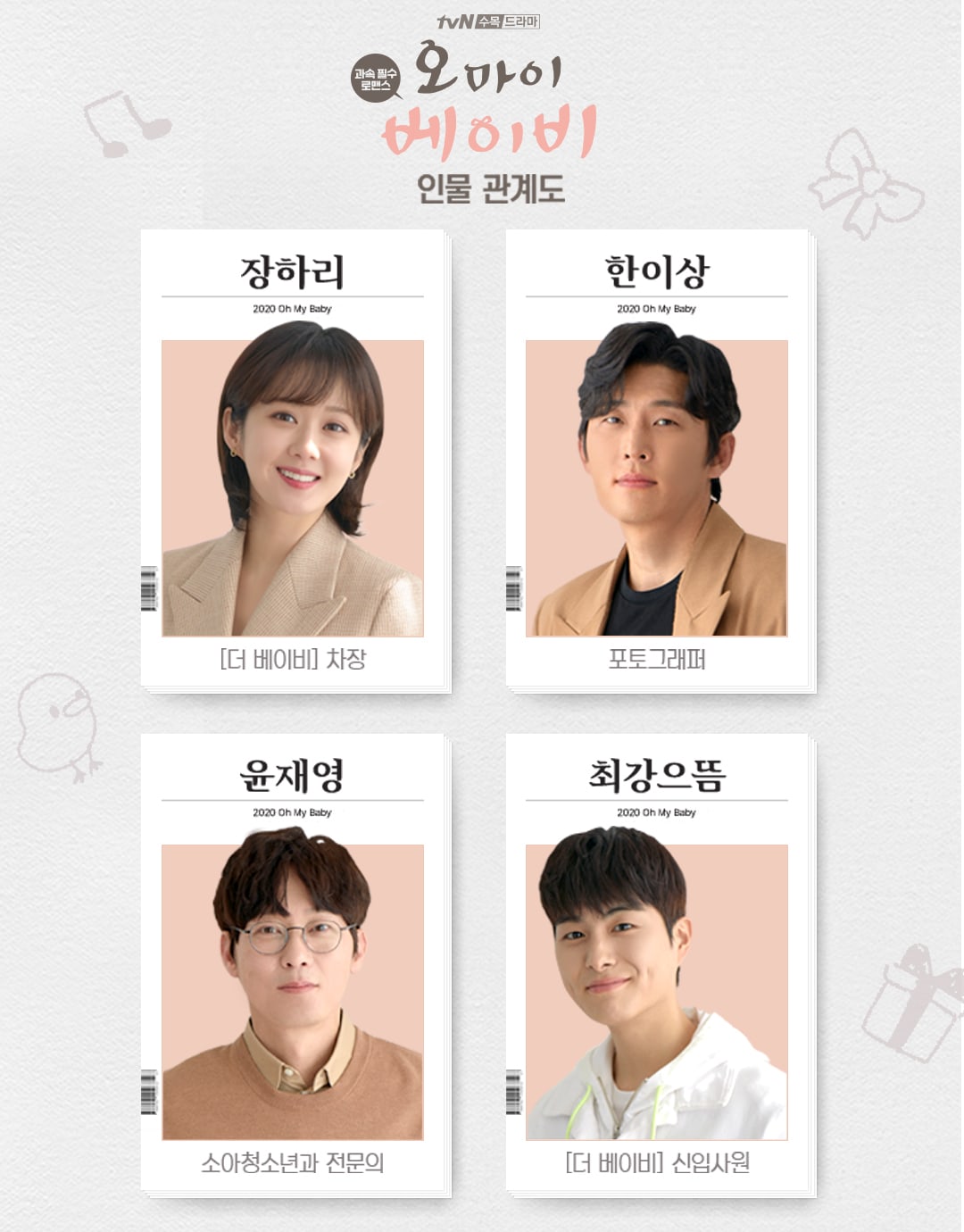 The chart foreshadows the relationship between Jang Ha Ri and photographer Han Yi Sang, who looks cold on the outside but is actually warm on the inside, as they run into each other in unexpected ways. Meanwhile, Jang Hari’s longtime friend Yoon Jae Young, who has suddenly received the responsibilities of childcare as a single father, will end up living with Jang Hari. Their bickering and fun chemistry as best friends is something to look out for! 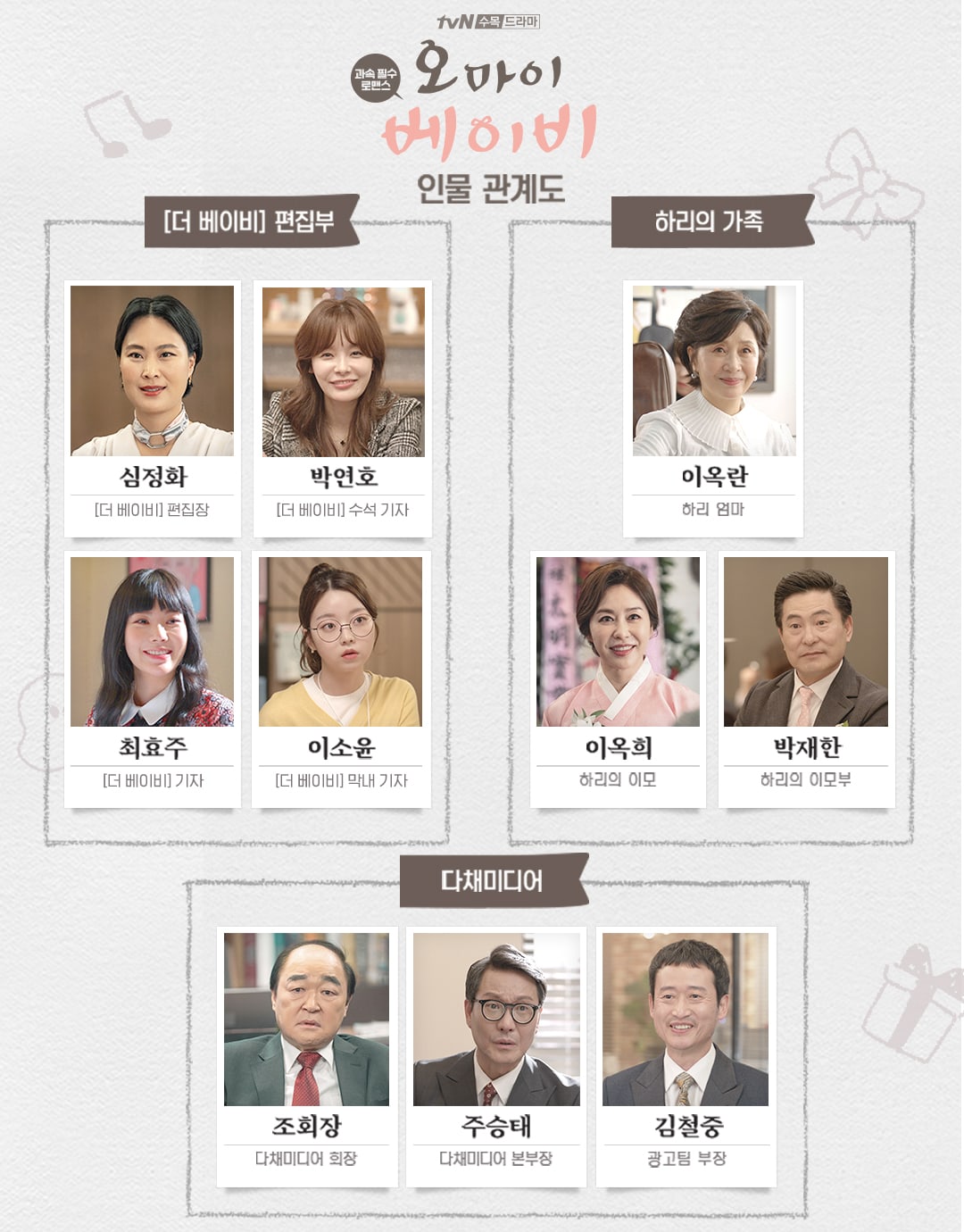 In the next chart, the employees of Jambi Studio are shown. Nam Soo Chul (played by Jo Hee Bong) is the comedic character who cannot mind his own business and introduces Han Yi Sang to Jang Ha Ri. Additionally, you can see Jang Ha Ri’s mother Lee Ok Ran (Kim Hye Ok) and Jang Ha Ri’s best friend Kim Eun Young (Lee Mi Do), who claims in her witty ways that she will have a child without getting married, which becomes a topic of conversation between the friends. 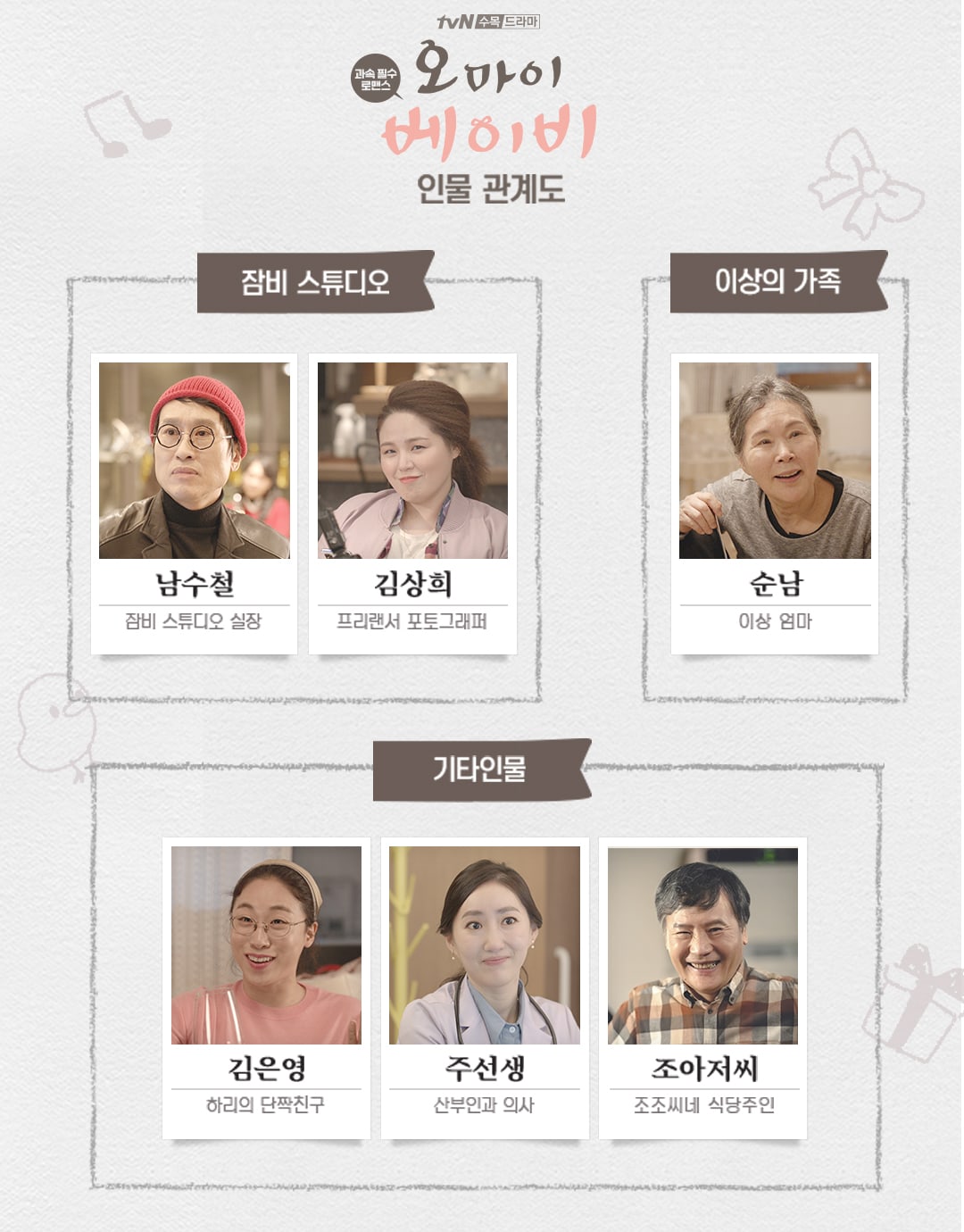 A new poster has also been shared of Jang Ha Ri and the three men in this complicated “love square.” A caption above her head reads, “How about… we speed up our relationship?” 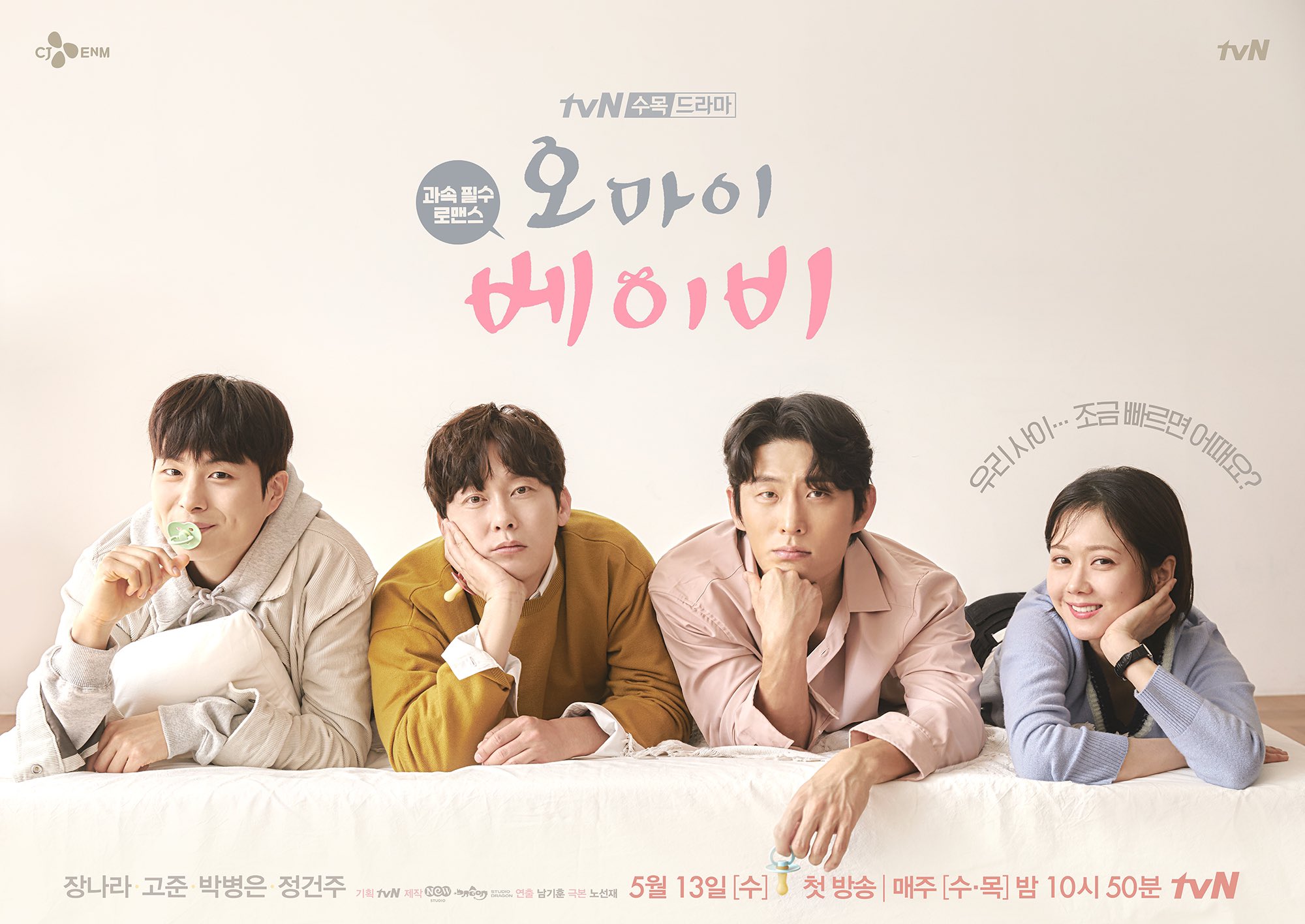 “Oh My Baby” will premiere at 10:50 p.m. KST on May 13 and will be available on Viki. In the meantime, check out the latest teaser!