“Good Casting” is an action comedy that tells the story of three talented female agents at the National Intelligence Service who were forced to become pencil-pushers until one day, they get the chance to go out into the field again on an undercover mission. Yoo In Young takes on the role of Im Ye Eun, who goes from assisting field agents from her desk to a field agent herself, and Jun plays rising star Kang Woo Won, who lands himself a role in a major drama.

In the previous episode, Kang Woo Won unexpectedly found himself naked in front of Im Ye Eun, and he was convinced that she had taken a photo of him in that state. Because of this, Kang Woo Won refused to make a decision on renewing his advertisement contract with Ilkwang Hi-Tech unless Im Ye Eun was personally involved, deepening the conflict between the two.

The new stills show the pair in a dangerous situation that goes beyond the conflicts they’ve been having so far. Im Ye Eun and Kang Woo Won are placed in chairs and back to back, tied up with rope and gagged with tape. Their eyes are filled with fear as their gazes focus in on someone, raising curiosity to know what exactly got them in that situation. 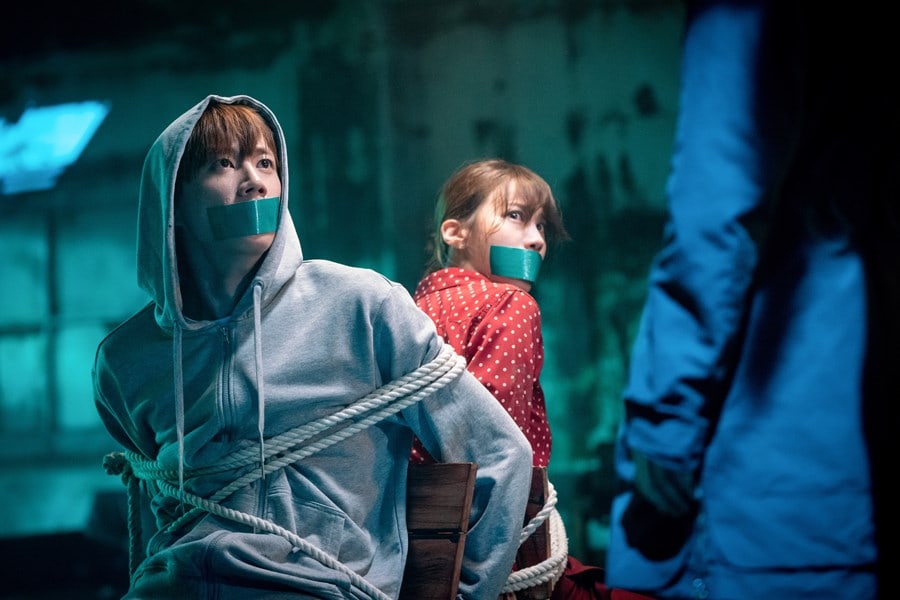 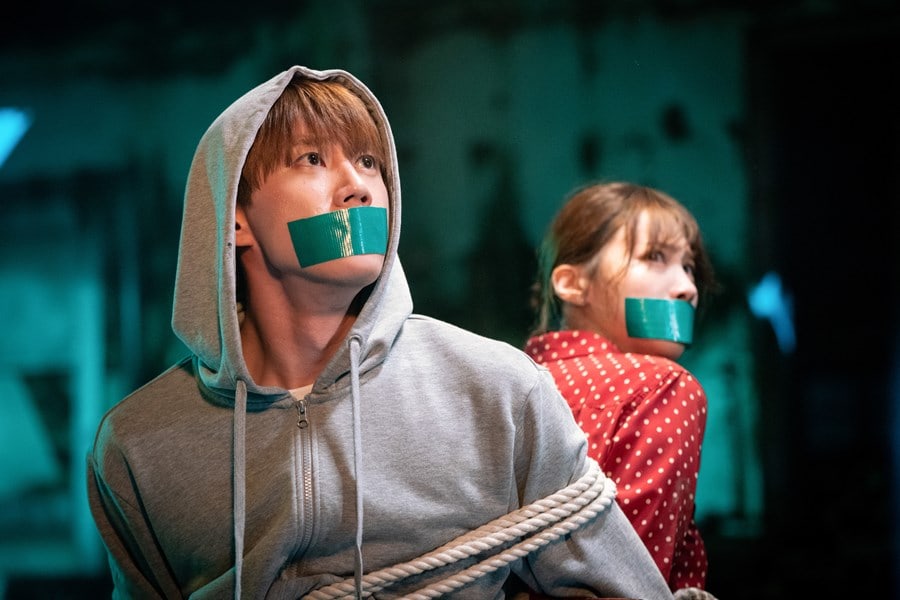 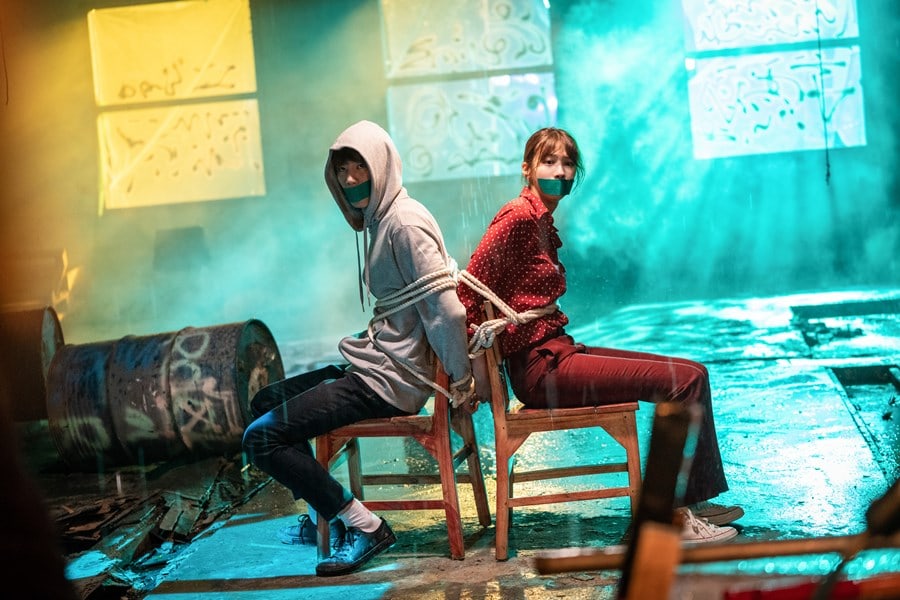 The scene was filmed at an abandoned factory last year. Contrary to the animosity their characters have for each other, Yoo In Young and Jun showed great teamwork as they kept worrying and looking out for each other during the filming process.

The production staff shared, “The two characters, who have been bringing laughs to viewers with their bickering, will face a completely different situation that they’ve never gone through before. Please tune in to see what happens.”

The fate of Yoo In Young and Jun’s characters will be revealed in the upcoming episode, which will air at 9:40 p.m. KST on May 5. Catch up with the latest episode below!