NCT Dream recently made their first comeback in nine months with their new album “Reload.” Haechan explained, “The album’s name is ‘Reload.’ Not only does it refer to all of the new things we’ve prepared as it’s our first comeback in a while, but it also means we’ve loaded our album with a lot of variety, so we hope people will love it.”

When asked if there was anything they “reloaded” through this album, Jisung said, “In the process, we vowed to work harder and it felt like going back to our roots again.” The members also expressed gratitude to fans as they set a new personal record for stock pre-orders for this album.

NCT Dream is under SM Entertainment, which houses many idols like TVXQ, Super Junior, Girls’ Generation, SHINee, EXO, and Red Velvet. Given the question of which SM senior they are closest with, Renjun said, “TVXQ’s Yunho is always so nice to us whenever we see each other.” Haechan added, “They are all seniors we’ve looked up to since we were trainees. So even if we had the chance to become friends, I think I would prefer to keep them in my mind as idols I look up to from a distance.” Jisung had everyone laughing when he responded to the continued questions of which seniors they were closest to by picking NCT 127. 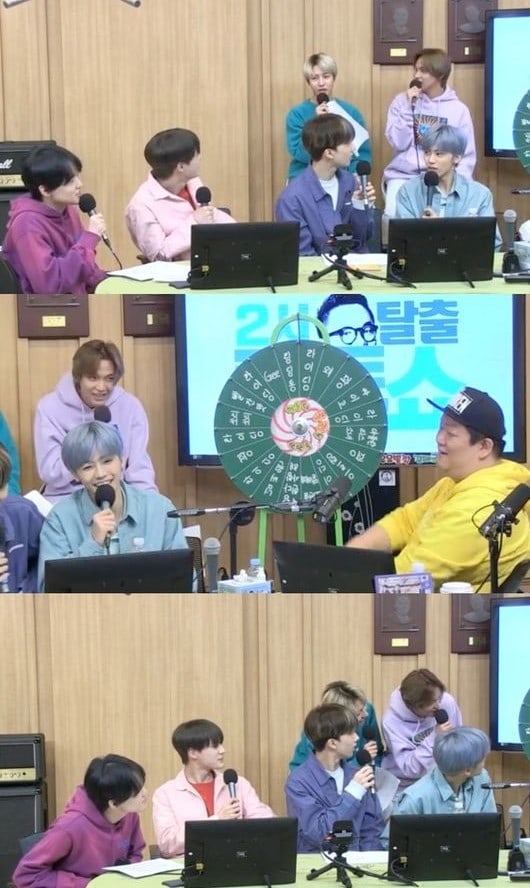 The members also revealed that they frequently engage in aegyo battles in the dorms. When asked what they do on their days off, Jisung said, “I think we’re a bit childish. We do play games, but we also have aegyo battles.” Chenle added, “There are members who are always acting cute and doing aegyo. Renjun, Haechan, and Jaemin are the big culprits.” Haechan added, “There’s a rising star who’s joining in. It’s Jisung.” The conversation led to an impromptu aegyo battle between Jaemin, Haechan, and Renjun, and Haechan emerged victorious.

As they wrapped up their appearance, NCT Dream said, “We worked really hard to show various sides of ourselves during this comeback. Please anticipate what we will continue to do in the future.”

NCT Dream is currently busy with promotional activities for their new title track “Ridin’.” Don’t forget to check out the music video for the song!

Cultwo Show
NCT DREAM
How does this article make you feel?